Disneyland is located in Anaheim, California and is known as an Ameri

can theme park. It is owned and operated by The Walt Disney Company and opened it’s doors on July 18, 1955. The park has seen more than 515 million guests walk through its gates since it opened. With all the fun that Disneyland provides, no wonder it is called, “The happiest place on Earth.” Is this place, which has seen its share of royalty, presidents and other heads of state visit its adventures and rides, haunted as well? According to the many reports of sightings of ghosts and other paranormal activity, it would be a resounding “yes”. The following is some of the stories I found during my research: 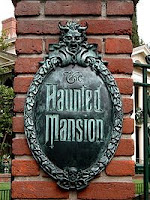 nted Mansion:There are many urban legends of deaths that have occurred in the Haunted Mansion. The Imagineers have done a great job of creating a spooky environment for all to enjoy and have a scary adventure through an old New Orleans style house. Some of the stories of “real” ghost haunting the place have been circulating for some time but are they all true. One of the stories is that an elderly man died of a heart attack because the ride was supposedly too scary. This happened before the ride was officially opened. They re-designed the ride and it was finally opened in 1969. His ghost has been seen by some wandering around the place. Another urban legend is of a 1940’s man who died in a park nearby where Disneyland would later be constructed. He was piloting a small plane and crashed in a lake. Some of the employees have seen his spirit late at night and refer to 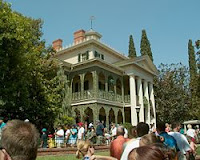 him as “the man with a cane”. Also in the area where the passengers disembark, a man in a tuxedo has been seen. One day an employee working in that area kept seeing a shadow in a mirror she uses to see the rides coming up. Every time she turned around, no one was there. The figure appeared to be wearing a tuxedo. She then experienced a chill and an unseen hand on her shoulder. Shortly afterwards, she ran out of there and quit her job. Another story is about a woman who wanted to scatter her son’s ashes inside the Haunted Mansion but was not allowed. She snuck in and scattered them anyway. Shortly afterwards some people have seen the apparition of a small boy crying and sitting near the exit. And still there is another story of a teenage boy, who stepped out of the Doombuggy to get a better look at the “Séance Circle”, fell to his through a gap in the walkway and died by breaking his neck. That area has seen its share of strange phenomenon like ghosts and strange music with no explainable source to where it was coming from. The next time you are riding around in the “Doombuggy” of the Haunted Mansion, the ghost sharing the ride just might be “real”. Muhahahaha!

The Haunted Mansion is not the only place that has had reports of unseen happenings; there are many other rides and buildings that are haunted as well.
The Fire Station on Main Street has reports of strange footsteps and lights turning themselves on, and a voice telling an employee, “Don’t forget, I am still here”, all on the second floor.
The storeroom behind the magic shop on Main Street had reports of cold spots and a creepy feeling while in th 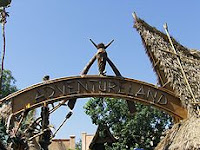 e room.
The Disney Gallery above the Pirates of the Caribbean ride is said to be haunted by Walt Disney, his wife and another woman named Mary. Walt’s ghost has been seen in many places around the park.
Pirates of the Caribbean ride has also had story of the mother who wanted to scattered her son’s ashes on the ride. Basically it’s the same deal, she snuck in and scattered them anyway. Sometimes at night the ride operators have seen a lone boy riding in one of the boats on the video monitors. After checking it out, they found no one there. Is this boy at the Haunted Mansion or ridin 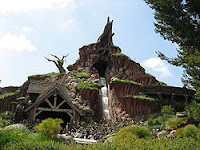 g a boat on the Pirates of the Caribbean ride? I suppose it depends on who is telling the story.
Matterhorn Mountain is said to be haunted by the ghost of a woman named Dolly. The story is told that she unhooked her belt to check on her children riding behind her. The ride hit a steep incline, she fell out and was hit and killed by the sled behind her.
Space Mountain has a ghost of a man who died on the ride in the 1970’s. Witnesses have described him as a large man with reddish hair and a red face. His apparition has been seen getting in a car of a

lone rider but disappearing before the end of the ride.
It’s a Small World can be a Pupaphobic’s worst nightmare at night. Lights have been reported turning themselves on and off, while the figures were reported moving on their own after the power has been shut down.
Tom Sawyers Island is being haunted by a couple of ghosts that might be the grad students that drowned in the Rivers of America. Also, many employees have reported seeing children running around the island. After boating over to the island to check it out, they never found them.
Tomorrow Lan 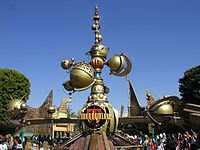 d has had reports of a menacing spirit along with cold spots where the spirit has been seen. The People Mover Ride, which used to run through Tomorrow Land, has the ghost of a teenager who apparently jump from the car as it moved along the tracks, and was dragged to his death. They say the he reached up grabbing desperately to his girlfriend’s long blonde hair but couldn’t hang on. He will usually manifest himself to girls with long blonde hair and will tug on it.

Disneyland is truly the “Happiest haunted place on Earth” especially for those of us who love all the ghost stories. Wouldn’t it be great if we could get locked inside for the night and see for ourselves if the place is really haunted?