The Liaison of Big Nose Kate and Doc Holliday 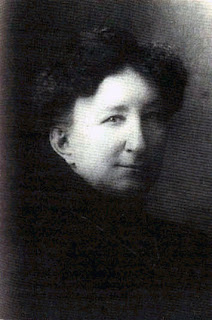 Mary Katherine Horony, Big Nose Kate, was born November 7, 1850 in Pest, Hungary. She was the long-time companion/common law wife of gunfighter Doc Holliday. She was the second oldest daughter of a Hungarian physician, Dr. Michael Horony. In 1860, he and his second wife Katharina and children traveled to the United States on board the ship Bremen. Her father was appointed the personal surgeon of Mexico’s Emperor Maximillian in 1862. After leaving that position and some traveling, the family made their home in Davenport, Iowa in a largely German community. Kate’s parents both passed away within a month of each other in 1865. After being moved around from place to place, Kate and her younger siblings ended up in foster care. 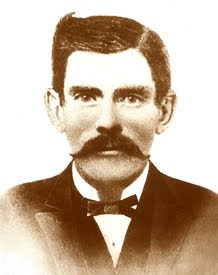 At the age of 16, Kate took off from the foster home and snuck onto a riverboat headed for St. Louis, Missouri. She met a dentist named Silas Melvin, had a child, but sadly lost both of them in the same year. She stayed there until 1874 when she set out for Dodge City, Kansas, and worked in a “sporting house”, under the name of Kate Elder. The house was run by Nellie Bessie Earp, wife of James Earp where Kate was labeled as being a prostitute or soiled dove. She listed herself as a dance hall girl and worked there until she moved to Fort Griffin, Texas. There she met a card dealer named, Doc Holliday, at John Shanssey’s Saloon. This is where she acquired the moniker of “Big Nose Kate” because of her prominent nose. She was sassy and willful with a nasty temper equal to Doc’s and said that no man or place owned her. She also proudly stated that she was a soiled dove/dancer because she loved it.

Her feelings for Doc were tested when he had to defend himself against a no-good cheating gambler. It was in 1877 when Doc was dealing when a local troublemaker named Ed Bailey who decided to test Doc’s known bad temper. During the game Bailey would pick up the discarded hands which were in violation of the Western Poker rules. After being told a couple of times to not do that, Doc grabbed the pot and didn’t show his hand which pissed off Bailey who pulled out his pistol from under the table. Before a shot was fired, Doc’s mighty knife was able to gash Bailey’s stomach open, spilling blood everywhere.

Since there wasn’t a distinct jail in the town, Doc was held in a local hotel room. Seeing that a vigilante group was being formed against Doc, Kate set an old shed on fire. Fearing that the fire would consume the entire town, all the lawmen were busy putting out the fire, leaving one man guarding Doc. With a pistol in each hand, Kate overpowered the guard, allowing the two of them to escape.

The pair wound up in Dodge City, Kansas, where they registered at a boarding house as Mr. and Mrs. J.H. Holliday. They decided to make a life together with him promising to hang up his gambling hat and her giving up being a prostitute and soliciting in saloons. Many times throughout their relationship the duo separated. The first time Doc left for Colorado, with Kate and his friend Wyatt Earp staying in Dodge City. After an altercation which left a man dead and Doc running from a lynch mob, he headed back to Dodge City, but Kate and Wyatt were gone.

While Doc lived in Tombstone, Kate ran a boarding house in Globe, Arizona, which was about 175 miles away. She would visit often and stay with Doc but it wasn’t always fun. Kate would get drunk and belligerent, with things ending in physical violence. By early 1881, Doc was tired of the vicious behavior and asked her to leave and not to return.

There is nothing like a women’s scorn, especially if you are “Big Nose” Kate. After four masked men held up a stage and the driver was killed, Kate in one of her drunken binges outwardly blamed Doc as being one of the masked men. After the booze worn off and Kate realized what she had done, she retracted her statement and all charges against Doc were thrown out. He gave her money, put her on a stage, and told her to never come back to Tombstone.

In 1882, Doc moved to Colorado because he was suffering with tuberculosis. It was rumored that Kate also lived in Colorado with her brother who owned property in Glenwood Springs. Since her brother’s home was near Sulfur Springs where Doc would go for treatments, there were reports of he and Kate spending time together until his death in 1887.

A year after Doc’s death, Kate married a blacksmith, George M. Cummings, and the two lived in Bisbee and Pearce, Arizona. A year later, in 1889, she left her husband, moved to a small railroad town, Cochise, Arizona, and worked in the town’s hotel. By mid 1900, she met a man named Howard and was on the move again, but this time to the mining town of Dos Cabezas. When Howard died in 1930, Kate inherited his property and a year later wrote the Governor of Arizona, George W.P. Hunt, asking to be permitted to live in the “Arizona Pioneers Home”. Since Kate was not born in the United States she wasn’t eligible to be admitted, but lied about her place of birth. She claimed to have been born in Davenport, Iowa, and was later accepted to the home. She lived there until her death on November 2, 1940, which was 5 days shy of her 90th birthday.
outlaws wild west