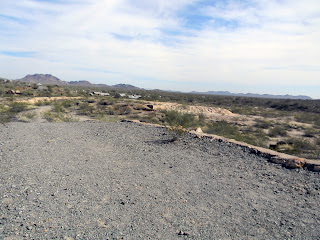 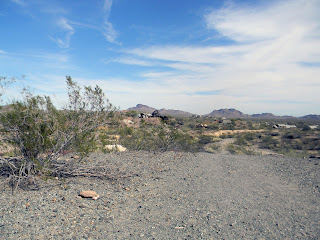 After a short hike to get up the hill where the Ball Mill is located, we were very glad that it was January and not July. The weather was just perfect, cool and sunny. Off in the distance, we could see the mine and the rest of the buildings amongst the desert backdrop. The first little building we saw looked like it was the jail but actually it stored cyanide and that is why it had bars. We couldn’t find the entrance and moved on to the large building which was the Ball Mill. Most of the walls in this place had been missing but offering a fantastic view of the desert between the open areas of the building. Behind the mill stood a large metal building which housed the power plant as well as the machine shop. This place was amazing and a photographers dream. There were many old machines still sitting in the building, some of which powered the mines in its heyday. 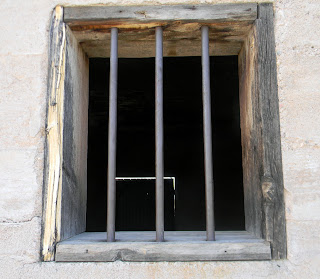 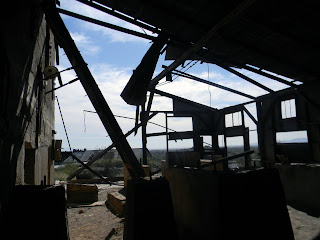 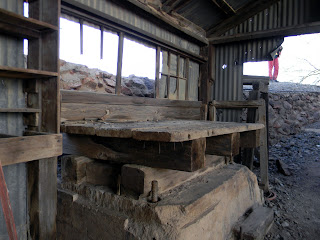 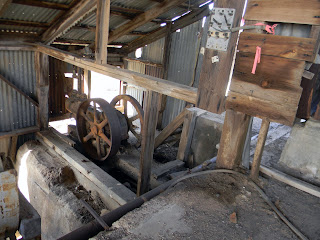 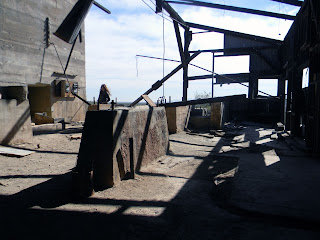 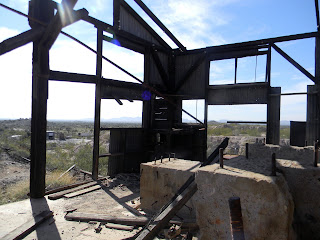 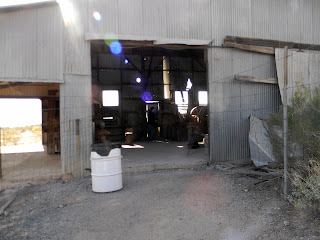 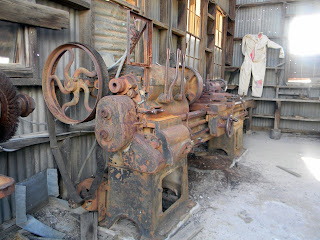 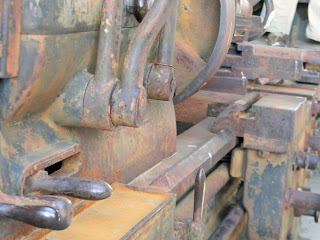 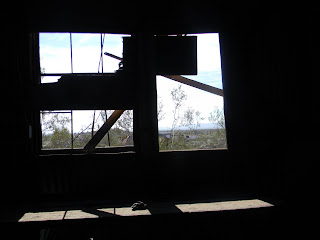 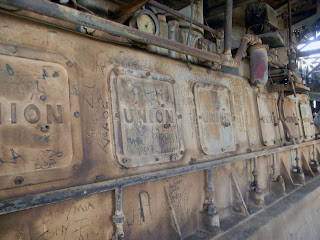 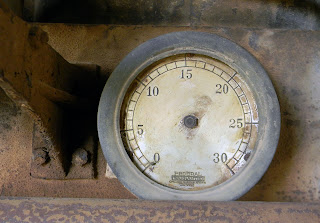 After spending some time up on the hill, we took a nice hike back to where the Assay Office stood. As we reached the end of the path near the buildings, we saw where the “Hanging Tree” stood. From this huge Ironwood tree, 18 men were hung for stealing gold. Many have reported seeing shadow figures and hearing voices near the tree.  I was told by a friend that the stories about the hanging tree were not true and made up by a bunch of men in a bar to attract tourists.  I can believe that, lol. 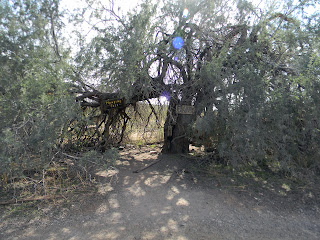 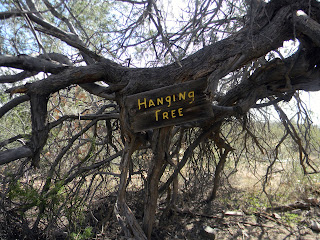 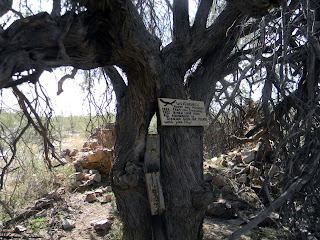 We finally reached the beginning at the Vultures Roost and were met by Marty. He was charming and we couldn’t help asking him what he thought of Zak, Nick and Aaron. He liked Aaron, said that Nick was somewhat quiet, but couldn’t understand why Zak kept primping in the mirror and making sure his hair looked camera ready, lol. He did enjoy taking them around the place and telling them about the violent history and ghost sightings of Vulture Mine. We sat my camera on the tripod while Marty and I got it ready for the timer. We ran over to Sharon and got in place. I didn’t notice the weird and unexplained phenomena free floating in the picture until we got in the car and was on our way to Prescott. 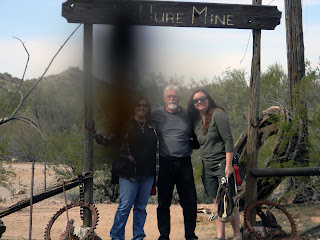 On the way out and near the entrance is the Vulture Mine gate house.  The place was closed, so I just took pictures.  Next to that building was a dilapidated restroom.   The walls were being held up by wood planks; the roof looked like it was going to drop; the toilet and sink were broken and lying on the floor. 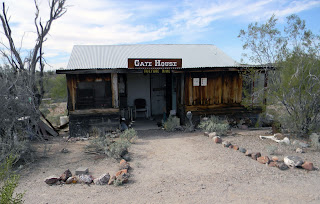 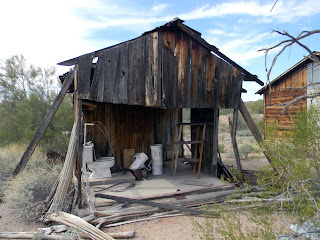 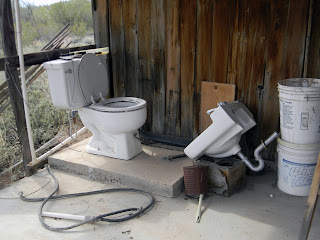 I have to say that I was very excited to visit Vulture Mine because of its rough history, cool abandoned buildings, and reports of ghostly activity. This place did not disappoint us and we are ready to make a return visit.
abandoned haunted places mines road trips urban exploration