The Ghost of Old Main

The Old Main building of the University of Arizona is located where an ancient Indian village once stood.  There have been many claims of ghosts seen in this building by students and faculty.   One of the spirits reported seeing could be that of Carlos Maldenado who supervised on the construction for the Old Main building in the 1800’s.  Carlos moved to Tucson is the summer of 1841 from Sonora Mexico.  It was said that he was a professional gambler as well as a Sonoran businessman.  Carlos kept a close eye on the construction of the building and even chatted with the local Indians who were curious about the structure being erected.  He was even known to stay in the building from time to time while it was being built. 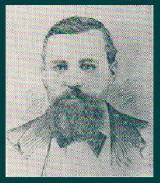 One morning the workers saw Carlos’ wagon and horse were attached to the hitching post outside and figured he either spent the night or got there early.  They searched the first floor and didn’t see him anywhere.  They went up to the second floor and saw him sitting in a chair and he appeared to be sleeping.  They snuck up behind to scare him, but noticed that he didn’t move even though they yelled loudly.  They walked around the chair and saw a large buffalo skinners knife sticking in Carlos’ throat.  The knife had cut an artery causing a mass amount of blood to saturate his clothes.  An investigation ensued but the murderer or murderers were never caught.  His death remains a mystery even today.  The building was considered unsafe and left empty for many years following his death.

In 1941, the Old Main went through restoration.  During the renovations many of the workers reported seeing the apparition of a Mexican man in many of the rooms.  This apparition has been seen by many, standing in doorways, floating in the halls, and hanging out in the offices.  After seeing a picture of Carlos, the witnesses said that he is the ghost they have seen roaming the building of Old Main.  It looks like Carlos is still keeping an eye on the building that he loved and cared for.