Mysterious Ghosts at a Care Facility 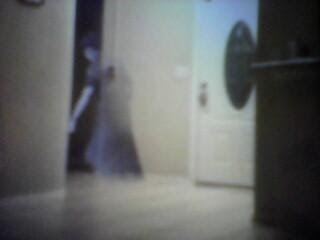 This mysterious photo was taken at an old house in El Paso, Texas, where mentally challenged adults are cared for.  There is usually a person or two who will spend the night watching over the patience to make sure they don't try to escape.  They also have a code pad on all the doors for extra insurance to make sure the patience stay put.  One evening, while making his rounds, the employee noticed that a door to one of the rooms was found opened.  He would shut it and later found it opened again.  Knowing he was the only one on duty that night, he hid and took pictures of the door throughout the night.  He heard stories of ghosts being seen by others, but he didn't believe them.  He felt someone was playing a prank and he was going to catch them in the act.  As morning drew near, he grabbed his camera to check out the many pictures he took that night.  To his surprise, he caught a figure of a woman in one of the pictures.  Also, after examining his pictures closer, he saw what appeared to be three ghostly faces in the same doorway where the female apparition appeared.

I tried to find out the history of this place to see what may have happened there in the past, but found nothing.  The photos were sent to my daughter by a friend.  He said the person who took the pictures is credible and also a skeptic.  The ghost lady in the picture took everyone by surprise.  I am posting the pictures as they were sent to me, untouched.  The full-bodied apparition of the woman is pretty awesome. 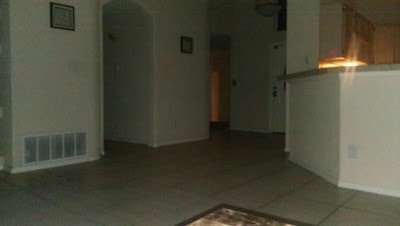