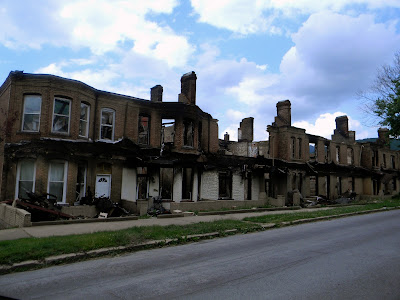 One of the things we wanted to do while staying at Pipestem, WV was to go urban exploring.  We wanted to find different places in our second Abandoned Places book from what we found in our first book.  We saw places along the highway and cruised around the town of Hinton.  Driving up one of the streets, we came across a row of townhouses which underwent a tragedy.  There were 10 apartments which were gutted and destroyed by a fire.  We were immediately drawn to the structure.  Sharon tried to get a reading on a burned down house in Moblile, AZ, but did not get anything from it.  She felt different about this place.

They called the 10 apartments Brick Row and was where 11 families once lived.  They were built in 1905 for railroad officials to live in with their families.  In February of 2013, a 25 year old man torched the place.  He was later caught and charged with two counts of first degree arson.  He apparently was busy lighting a fire on another structure earlier that day.  Whatever his reason (which there is no excuse for), 11 families were displaced and homeless.

As we walked closer to the building, we could still smell the chard remains.  I know that each individual place was probably decorated with each owners scene of style, but all we saw were their love and care burnt to a crisp.  Inside, you can see that each place was three stories.  Children's beds were barely hanging from the third floor while a baby stroller sits outside another door.  Although the situation was a sad and tragic one, we saw the beauty in what was still there.  This place was amazing to photograph.  My heart and prayers go out to all of the families who lost their homes due to this scentless act.

For more photos of this place, check out my Julie Ferguson Designs blog. 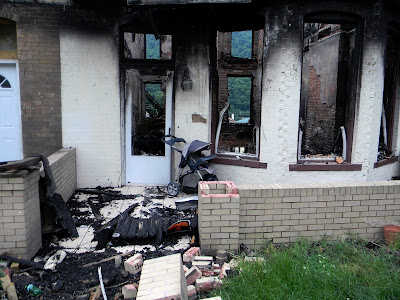 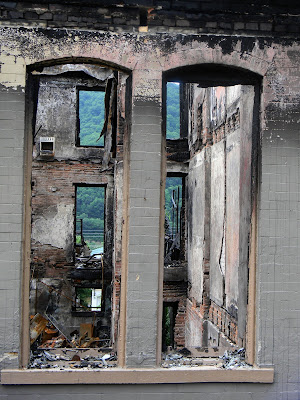 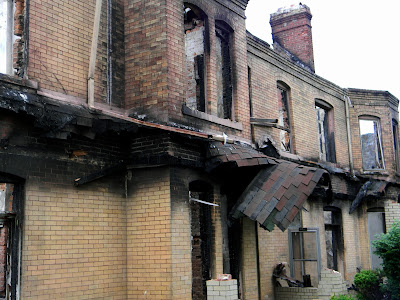 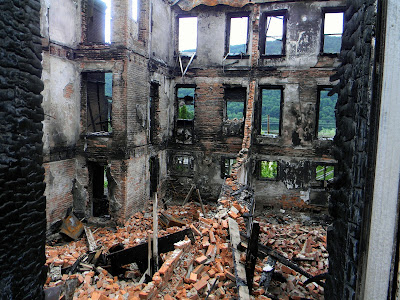 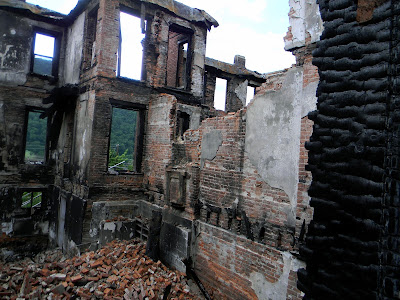