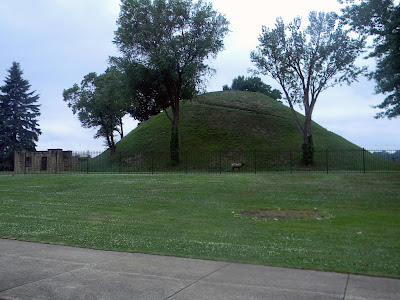 In the town of Moundsville, West Virginia, and near the Ohio River sits the massive Grave Creek Mound.  As we were driving down the streets of Moundsville and looking for it, we got stuck at a red light.  I said to Sharon, “we should be able to see the mound because it is so big”.  Right after saying that, I turned to my right and there it was.  You just can’t miss the immense green grassy hill right in the middle of town.  It is also located across the street from the colossal Moundsville Prison.  (That place is featured in my next post.)
The Grave Creek Mound is about 69 feet high, 295 feet in diameter, and is one of the most prevalent cone-shaped burial mounds found in the United States.  It was built sometime between 250-150 BC and is crafted of more than 60,000 tons of dirt by the Adena people.  Historians believe the mound was constructed in various stages by the many burials at various levels inside the mound.  In earlier times, the mound was surrounded by a moat which was about 40 feet wide and five feet deep.  There was only one walkway to get across the dirt ditch to the mound.  In the early 1800’s when archaeologists were able to get inside the mound, they found Adena Hopewell remains and ornaments next to a small sandstone tablet. 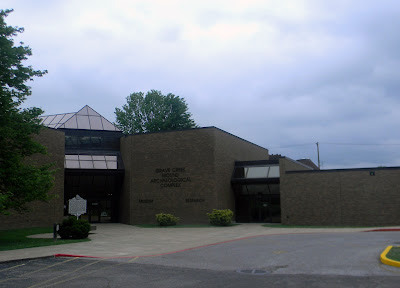 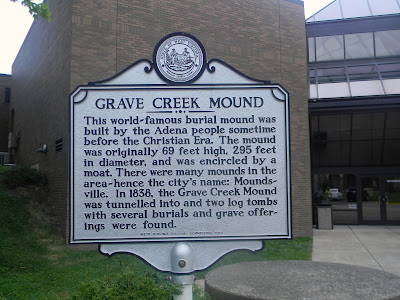 The Delf Norona Museum was built next to the site and opened its doors in 1978.  Inside, you will be treated to many displays of artifacts which explain how the ancient Adena civilization survived and what their way of life was like.


Sharon and I didn't get to the Grave Creek Mound early enough to walk to the top of the mound.  However, we were able to walk through the museum and enjoy all the artifacts and other items which were on display.  For more information on the history or visitation times for the mound and museum, check out this website:  http://www.wvculture.org/museum/GraveCreekmod.html. 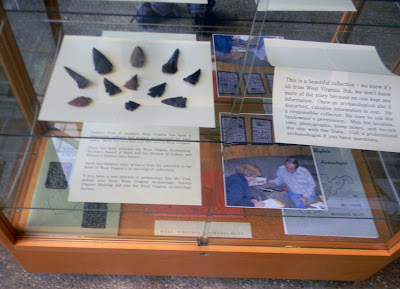 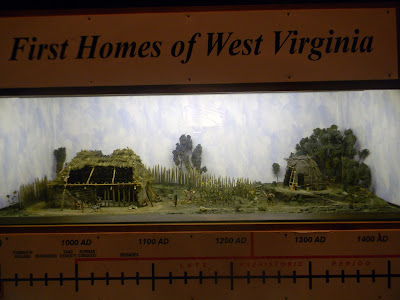 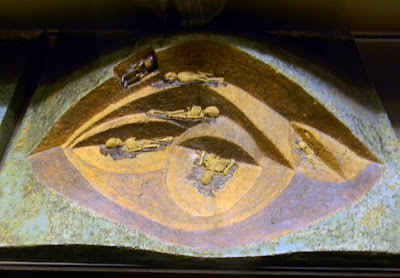 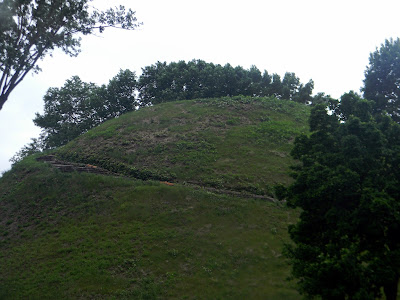 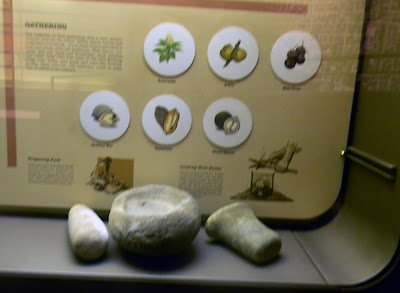 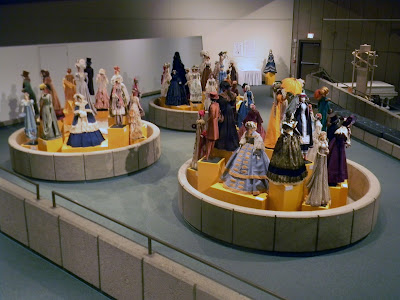 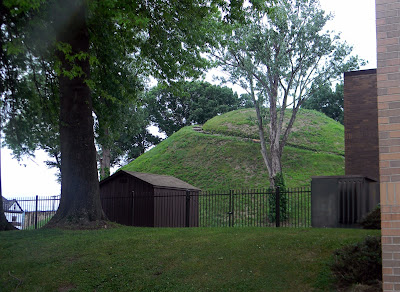 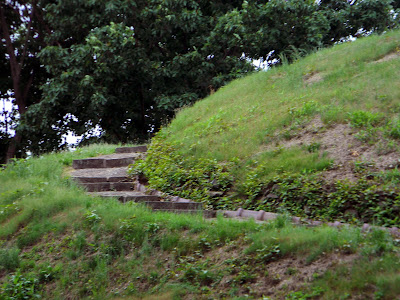