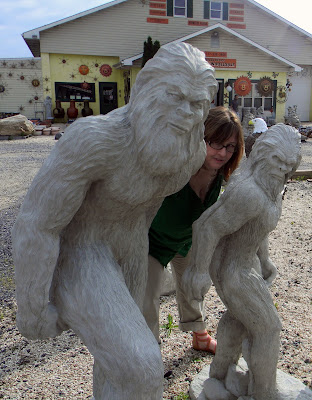 With all its thick green forests, West Virginia has many Bigfoot sightings all around the state.  Pipestem State Park is no exception.  The area is rich with thick trees, various types of animals, and lots of water sources.  Some of the reported sightings have been in that area.  Sharon had an encounter several years ago while hiking in the woods at night.  She was heading back from a spooky cemetery when she was aware of and heard heavy footsteps among the dark trees.  She felt as if a Sasquatch was chasing her out of the forest.  We fully intended to hike that path at night together, but Mother Nature decided to put a crimp in our plans by making it rain.  We did, however, get a chance to hike down to the nearby lake and river.  We not only saw some interesting stuff but heard some things we couldn't explain. 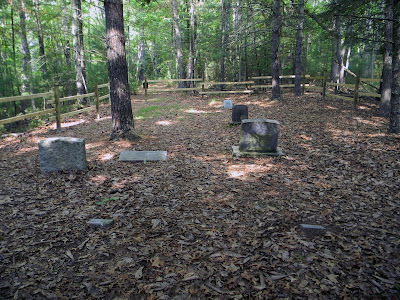 On her blog, Ghost Hunting Theories, Sharon has several very interesting posts about Bigfoot and Sasquatch.  The Sasquatch is believed to leave signs, symbols, and wood structures as a form of communication.  Is it for the humans or other Sasquatch?  I am not sure but while on our hike down to the river, we saw so many unexplained symbols.  There where crosses everywhere, sticks to form an arrow pointing towards a path, or several branches stacked side by side.  Sharon talks about symbols and what they mean on her blog.  Check it out. 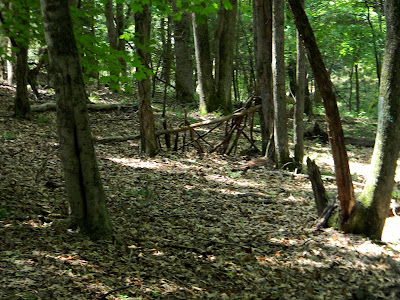 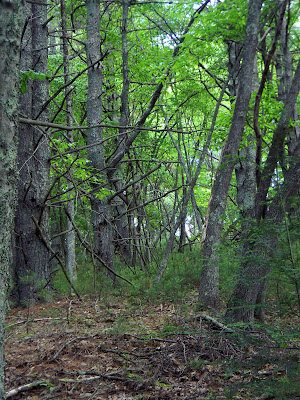 Also, while sitting on the river’s bank, we kept hearing tree knocking.  At one point we heard a whinny whoop and had a big rock thrown at us.  We both felt as if we were being watched.  We never saw anything unusual but it was still a noteworthy experience.

Was Bigfoot hiking right alongside of us and watching our every move?  I don’t know about that but the hike in the Pipestem forest was peaceful and picturesque. 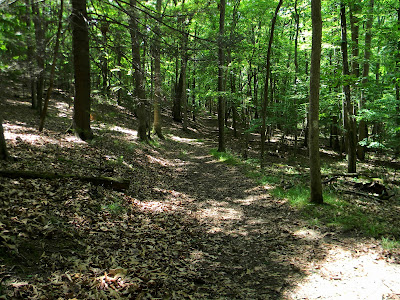 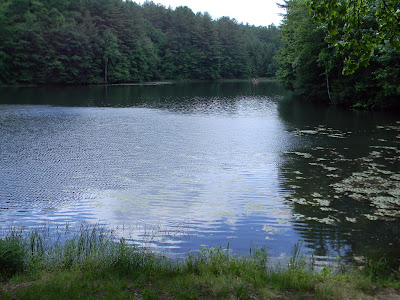 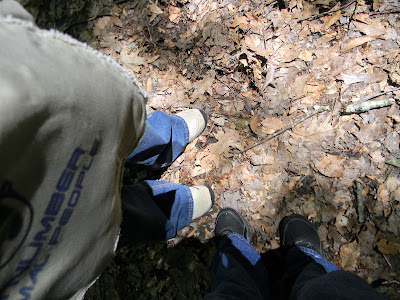 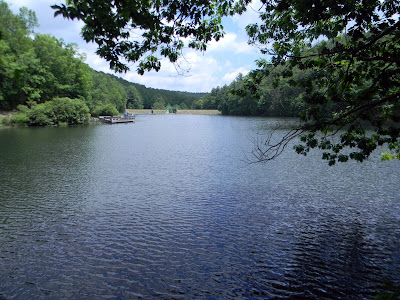