Mothman and the Bunkers 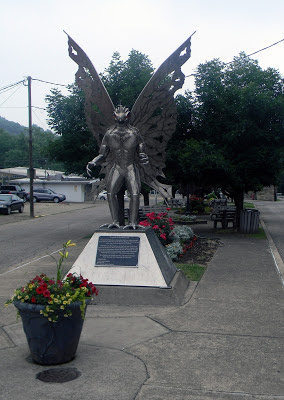 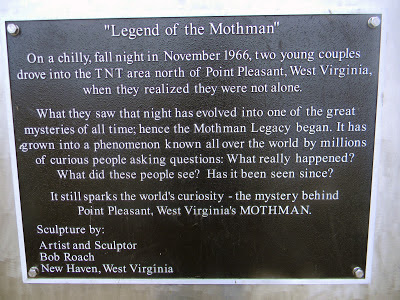 You can’t go to Point Pleasant, WV without hearing about the Mothman.  There are many stories floating around about what it is and if it was responsible for the collapse of the Silver Bridge in 1967.  Some believe it is the harbinger of doom, an urban legend, while others think it is a protector.  It was reported by witnesses as seeing the winged creature flying over the bridge right before it fell into the river.  This event spawned a book “The Mothman Prophecies” and a 2002 movie with the same name.

The Mothman is an infamous winged cryptic first seen in Point Pleasant in 1966 by two couples driving near the TNT area.  This area is an abandoned TNT factory from World War II and where many reported sightings of the creature have been seen.  The couples described what they saw as a “flying man with ten-foot wings with red glowing eyes”.  After their story in the Point Pleasant Register, several others came forward with stories of seeing the huge bird-like creature especially near the area of the bunkers.

The bunkers are located in the outskirts of town near a Christmas tree lot and nuclear plant.  There have been many reports of paranormal activity especially in the second of the three bunkers.  People have seen strange orbs, shadow figures, and felt like they were being touched by unseen forces.  Sharon wrote a great post on the myths of the bunkers and our experience.  Check it out:  Ghost Hunting Theories. 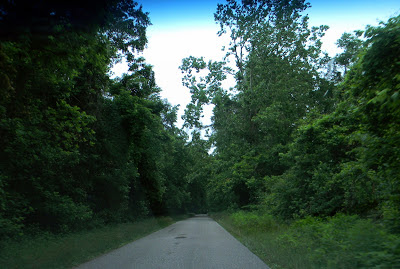 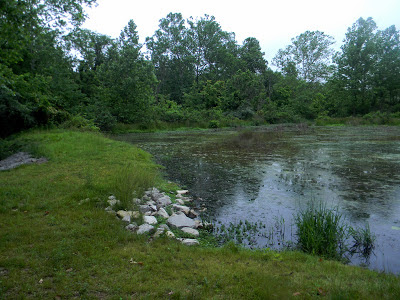 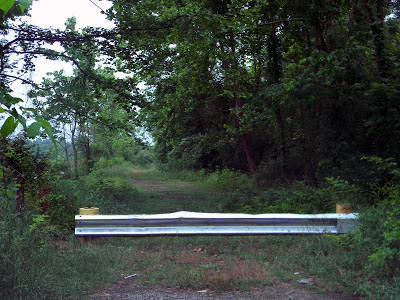 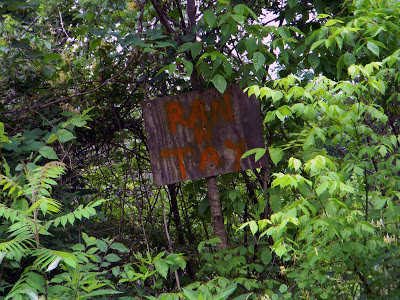 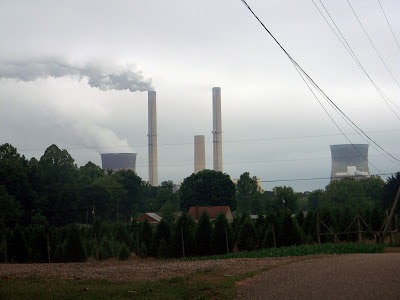 At one of the gift shops in downtown historic Point Pleasant, we were given a map to the bunkers.  We were both very curious to see them considering all the stories we heard about them.  We turned down a small road just passed the Christmas tree lot and counted the turnoffs to get to the road where the bunkers are located.  We found the turnoff, but the road was blocked off with a closed gate.  We parked the car, got out, and an uneasy feeling came over me.  I looked down the path we had to walk and saw a dense forest on one side with a mucky pond on the other.  I felt so uncomfortable about being there as we walked towards the bunkers.  Sharon was feeling it too.  We didn't get too far when we glanced back at the car and a police vehicle passed by, came back, and stopped.  We made up some story that we were taking pictures of the pond because we were from Arizona and water is rare in that state.  It was lame and I am pretty sure he didn't believe us.  Part of me was glad to see him, but the other part of me wanted to see the bunkers.  We got back in the car and headed back to Point Pleasant.  Someday, we will see those bunkers and hopefully experience something paranormal.

Point Pleasant has a 12 foot tall metallic statue of the Mothman in Gunn Park.  Every year since 2002 they have a Mothman Festival.  This is held on the 3rd weekend of every September.  For more information on this event, check out this website: http://mothmanfestival.com/. 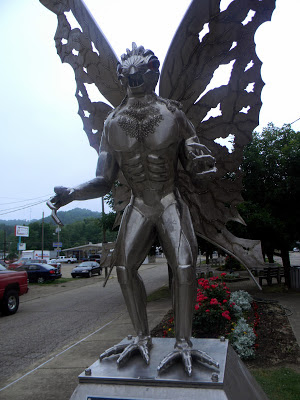 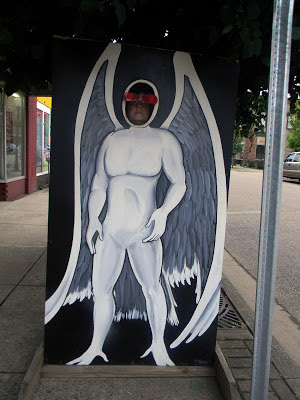 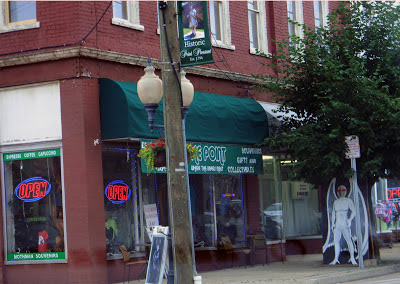