Ghosts on the Battlefield 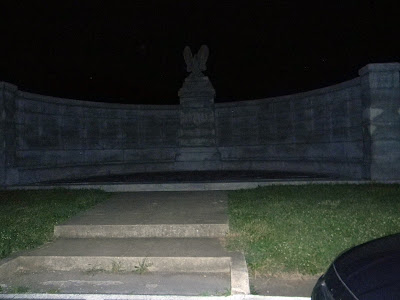 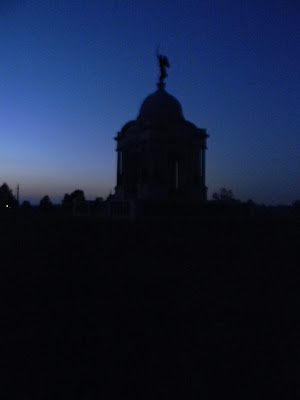 To say the battlefields at Gettysburg are creepy at night is an understatement.  By the time we had dinner and drinks with our friend Stu, it was dark outside on the streets and especially the battlefields.  We wanted to experience the fields at night because we heard that it is eerie and people have heard battle noises coming from the grassy combat zones.

I am not going to give you a history lesson on the Battle of Gettysburg because there are websites with lots on detailed information on the skirmish.  I will say that it was fought on July 1-3 in 1863, in and around the town of Gettysburg.  The encounter was between the Union and Confederate military services during the American Civil War.  This area reported the most fatalities over all other battles connected with Civil War.

By the time we got to the battlefields, we only had just over an hour to be in the park.  If you are caught there after hours, the security guards will chase you off the grounds.  We first stopped near a memorial where cannons and other relics lined the road.  The memorial was immense and looked creepy at night.  The pitch dark fields gave off an unnerving feeling where you can almost hear the faint sounds of cannons, muskets, and cries of agony resonating all around you.  We decided to look for Devils Den where many ghost sightings have been reported.  It was my day to drive so I got the arduous task of driving the winding roads in the forests behind the fields. At one point, Sharon asked me to stop the car and she got out.  She said it felt like three separate spirits just walked through her.  She didn't see anything so we pushed on looking for Devils Den.  It was so dark and Stu had troubles remembering which road would take us there.  He asked me to pull over just passed a Stop Sign so he could get his bearings.   Both he and Sharon urged us to get in the car and leave that area.  They both felt something evil was watching us and approaching our vehicle.  We got in the car and took off towards the exit.  Our time had run out looking for this historic site.  Stu did promise to take us there the next time we were in Gettysburg.

Being on the battlefields and creepy dark forests at night near the area where all the conflict and deaths occurred was an amazing feeling.  Driving on the dark twisty roads wasn't much fun, but the experience of being there was.  The next time we are in Gettysburg, we will take a day trip to the fields and to finally see Devils Den. 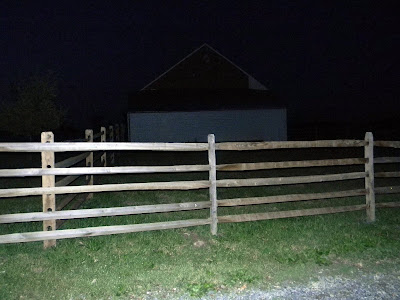 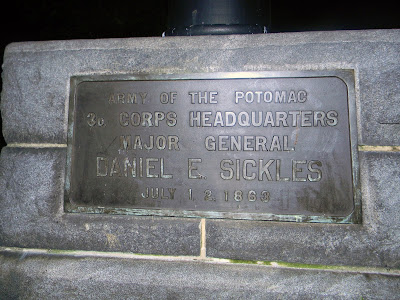 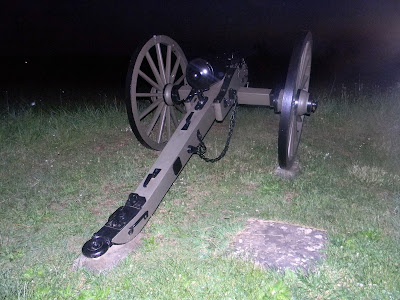 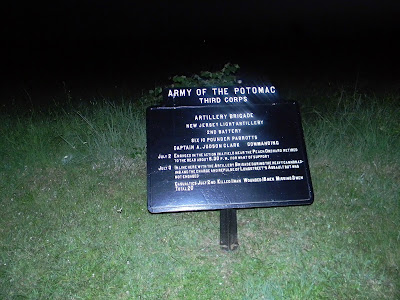 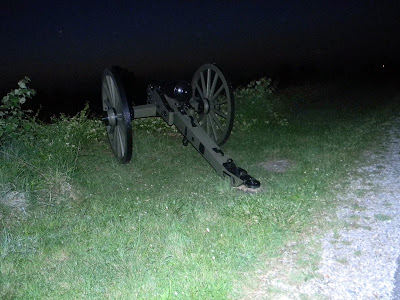