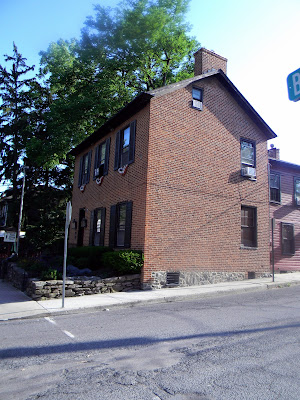 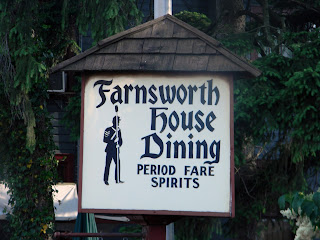 For our dining experience while in Gettysburg, Sharon and I choose the Farnsworth House’s Sweney’s Tavern.  We enjoyed one of their tasty sandwiches and had a brew or two while waiting for our friend Stu.  Along the walls of the tavern are glass displays with props from the movie, Gettysburg.  The attic of this historic place is where a private compilation of Civil War artifacts can be found.

The initial edifice was constructed in 1810 out of wood, with a brick building erected afterwards in 1833.  It was called the Farnsworth House after Brigadier General Elon John Farnsworth.  Farnsworth guided a group of soldiers to attack after Pickett’s charge was unsuccessful.  Unfortunately he and 65 of his men were killed.  During the three-day battle, Confederate sharpshooters hid among the walls of the house and in the attic.  It was alleged that one of them hit Mary Virginia “Jennie” Wade with a bullet, ending her life.  She was only 20 years old and the only civilian killed while the battle was being fought.

Today, the Farnsworth House is a bed & breakfast with rooms decorated with a Victorian flair.  The Meade and Lee dining rooms décor and servers had that Pennsylvania Dutch look and feel to them.  And there is Sweney’s Tavern where the ambiance is that of the Civil War era.  We loved our experience dining there and may give the B&B a try on our next visit to Gettysburg. 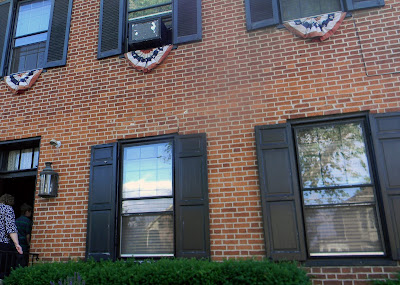 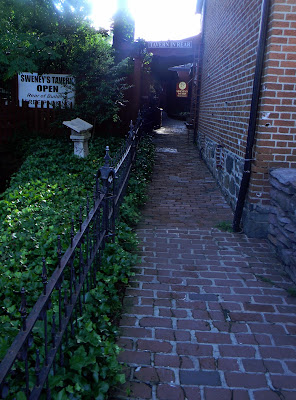 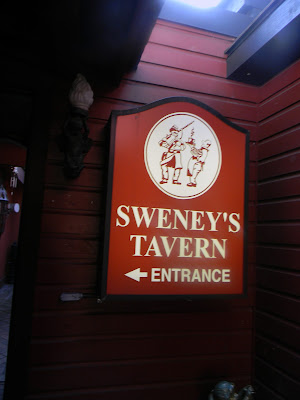 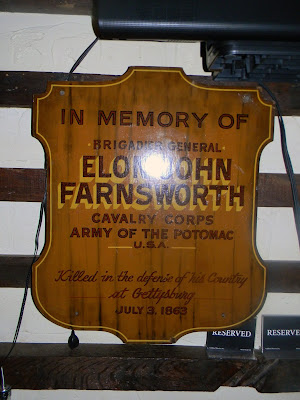 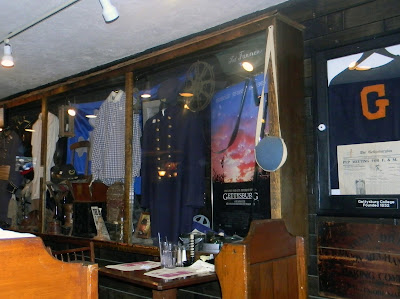