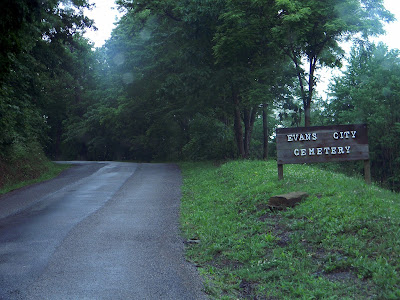 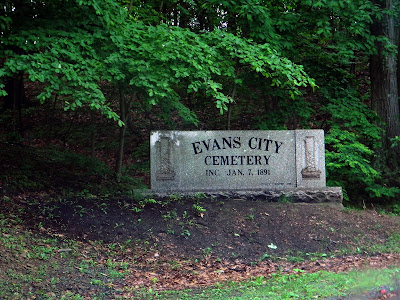 We had an extra day in PA before our flight back to Phoenix and needed something fun to do.  Sharon found out that the Evan City Cemetery was a short drive from our hotel and since the opening scene from the 1968 movie, "Night of the Living Dead" was filmed there, we knew it was a place we needed to visit.  We walked around the eerie cemetery looking for the famous head stone that Barbra clung to while watching her brother Johnny be attacked and killed by a zombie.  Right after that, she fled to the car but Johnny still had the keys in his pocket.  She released the brakes and the car rolled down the narrow winding road.  It hit a tree and she ran to a nearby farmhouse.  The famous line, "They're coming to get you, Barbra" was uttered while she ran for her life.

After roaming around the entire cemetery and was about to give up, Sharon saw one more path we didn't try.  It was a good thing she saw it, because there was Nicholas Kramer's headstone.  Of course we couldn't pass up the chance of posing like Barbra once we located that historic grave. 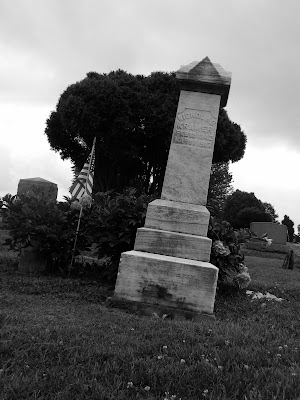 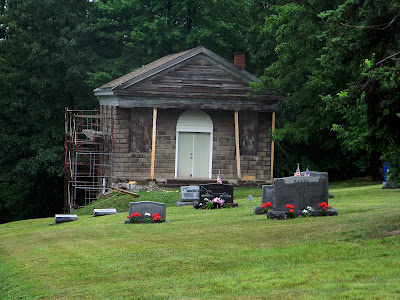 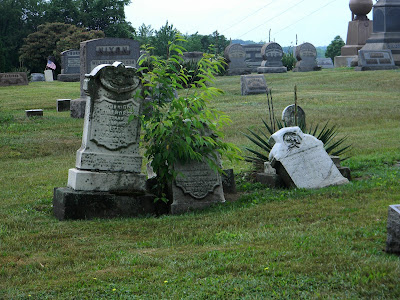 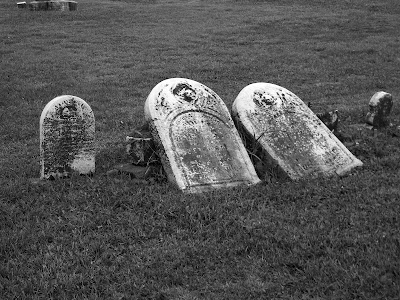 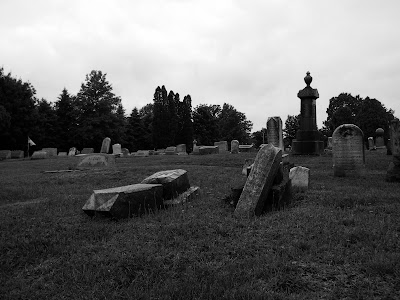 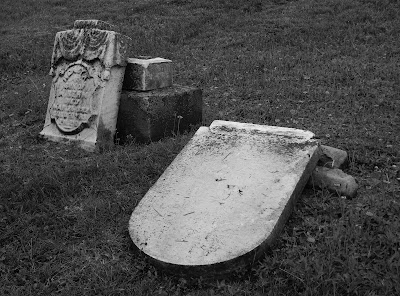 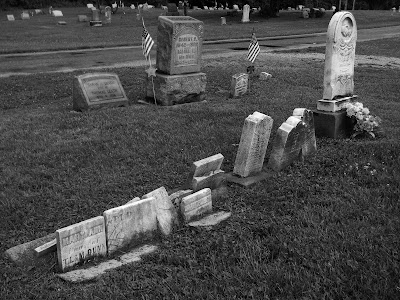 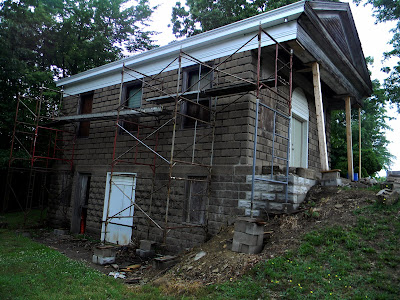