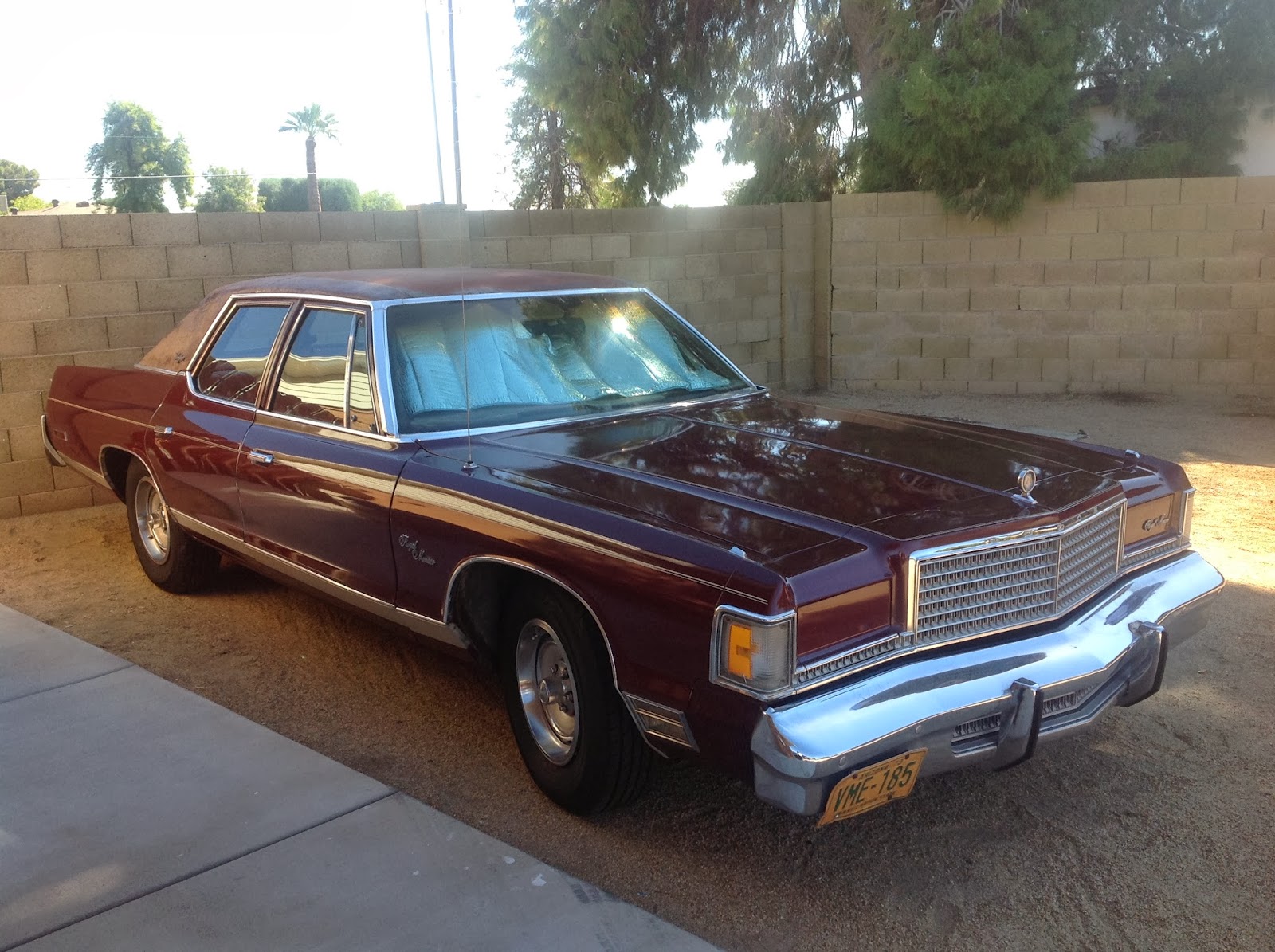 My husband owns a 1977 Dodge Royal Monaco and has been renovating it.  We bought the car from his parents, who were the original owners.  We drove it around for awhile until we were able to buy a minivan.  Big Red, as we call her, ended up sitting on the side of our house, eventually in our back yard, and then to a storage unit.  It sat there unable to move, unless being towed, until he was able to get her to a mechanic.  He completely restored the engine and just last month she was able to move on her own once again.  Big Red is "under construction" and needs more work done.

This past weekend, he put big red in a car show in Sun City West, AZ.  There were many antique, muscle, hot-rod and classics vehicles among the 400 plus that were there.  Many people walked by, took pictures of Big Red and said that it brought back many memories for them of cars they either owned or their parents owned.  Big Red's first show was a success.  Next time, she will be all cherried out, with new paint and interior.  Looking forward to next year.
antiques personal