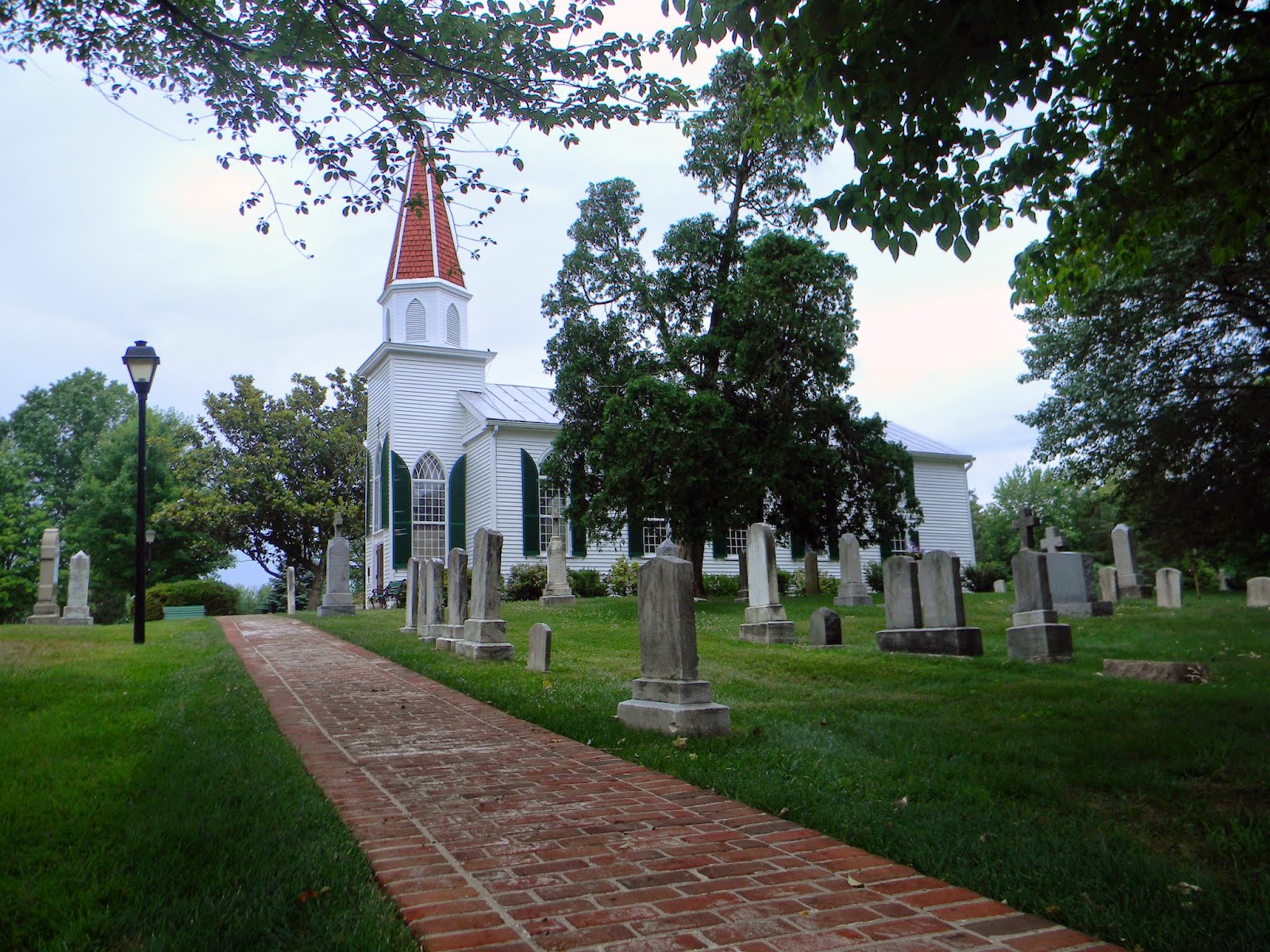 St. Mary’s Catholic Church sits on a parcel of land bestowed by a couple of Catholic families in 1838.  Their wishes were to have a Catholic church with a cemetery located on that piece of terra firma.  Fairfax was in need of a place to hold services since on occasions the pastor held mass in railroad boxcars for the immigrants moving to and working in town.  In 1858, the first cornerstone was laid, and the wooden church was constructed.  By 1860, it was completed, the steeple bell was added, and the church was dedicated.

During the Civil War, St. Mary’s became the center target for both the north and south looking to take over the nearby railroads.  The ground for which St. Mary’s sat on saw many fierce battles.  St. Mary’s also became a place where the injured were brought.  They were scattered amongst the hill where the church sat, and laid on pews taken from the church.  The wounded were then sent to Alexandria by train.

In the cemetery surrounding the church, many Civil War soldiers were buried there.  All were eventually relocated to Arlington Nation Cemetery except a Confederate soldier named Kidwell.  His family asked that his remains stay buried on the Catholic grounds.  In 1972, Fairfax County declared St. Mary’s a historic district and had strict zoning put on the land surrounding the church and cemetery to preserve it.  It was listed on the National Register of Historic Places in 1976.  Also, the Grotto located in the cemetery, was hit by lightning.