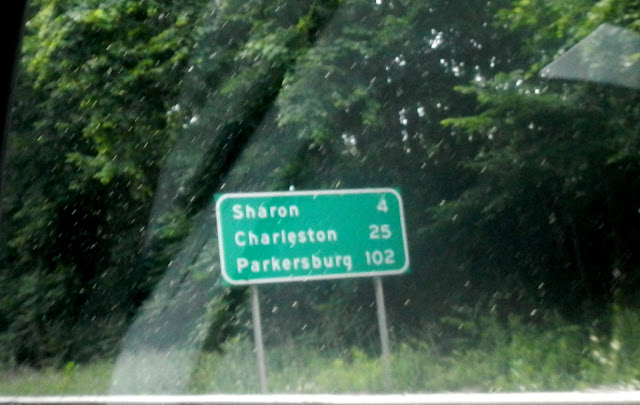 After Sharon and I left Pipestem, we headed towards Charleston and the Sleep Inn which was the next place for us to spend a night.  We were hoping to urban explore in some of the small towns along the way.

The first place we stopped was the community of Friendship.  We thought the name alone was worth a sojourn through town.  We found the place to be quaint, much like Mayberry on the Andy Griffith show.  We did not see any abandoned places as we cruised around, but found noteworthy things to photograph.  We bought some snacks and drinks at the convenient store in town and got back on the highway. 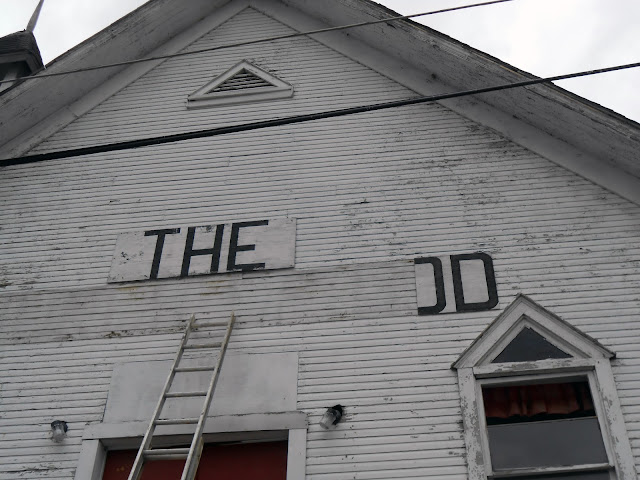 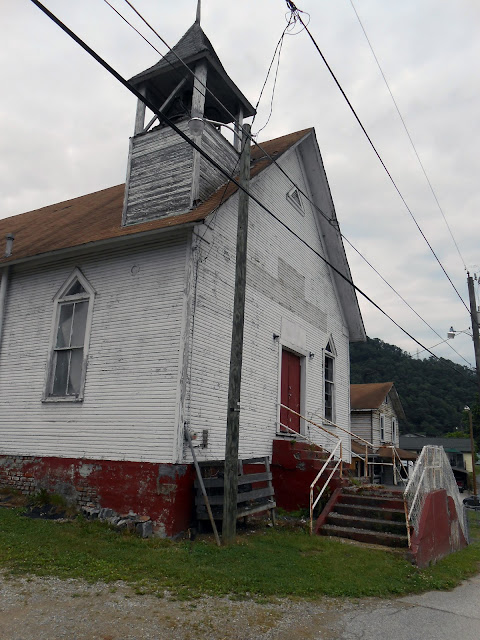 Sometimes it amazes us on how we come upon a forsaken edifice.  While driving down the highway to our lunch destination, we notice a sign with a familiar name.  We were heading towards a town called Sharon.  We knew it was an omen for us to stop and assess the location.  We took a picture of ourselves in front of the sign first.  Sharon noticed the top of a church and wanted to get a closer look at it.  As we got closer to the structure, we noticed it was abandoned and the house next to it on the corner was empty as well.  Score!  We had to stop and photograph them, but did not expect what happened next.

We noticed a man on a ladder removing letters from the church’s front and wasn’t sure he would like us taking pictures.  He came over and was quite friendly.  He told us that the church and house next to it were set to be demoed in two weeks.  His was very receptive to our photographing both structures.  As a matter of fact, he guided us to the church’s cornerstone which had the name “Sharon” carved in it along with a dedication.  As he was showing the stone, his wife came out of their nearby house to see what we were doing. 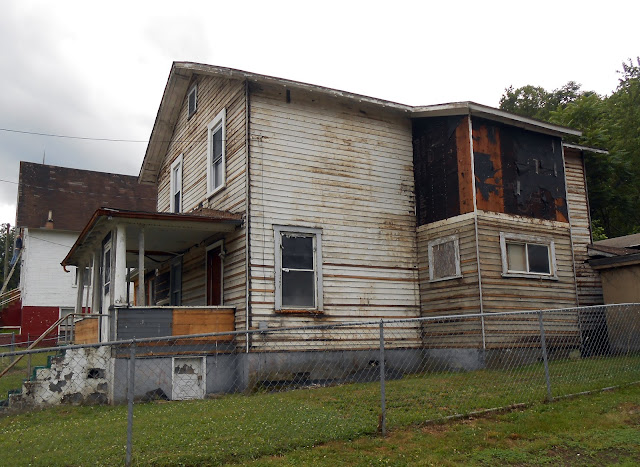 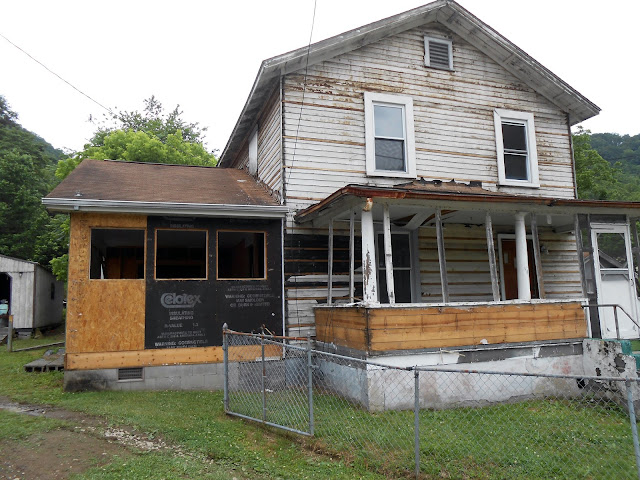 She was equally as pleasant as her husband.  She asked if we would like to see the inside of each place.  Of course we did.  Another score!  We started in the Parson’s house entering through the side door.  She gave us a tour and told us the history of who used to live there.  The residence was a mess because the family of the lady who once resided there came in and removed what they wanted.  There were some pieces of furniture and other items in each room.  After we toured the Parson’s house, we moved on to the inside of the church.  We entered the facility through the basement doors.  There was furniture, materials, and other items in each area of the basement along with water on the floor.  We climbed the narrow stairs to the where the alter was located.  She continued to tell us the history of the church while Sharon got a reading on a door knob.  After the interior exploration, we stood outside to take the final photos before leaving.  She told us that her and her husband owned the land and didn’t have plans for the empty lot after the structures were torn down.  We told them we appreciated them taking the time to walk us through both places.  It was nice to see that noble actions can still be found in a small town. 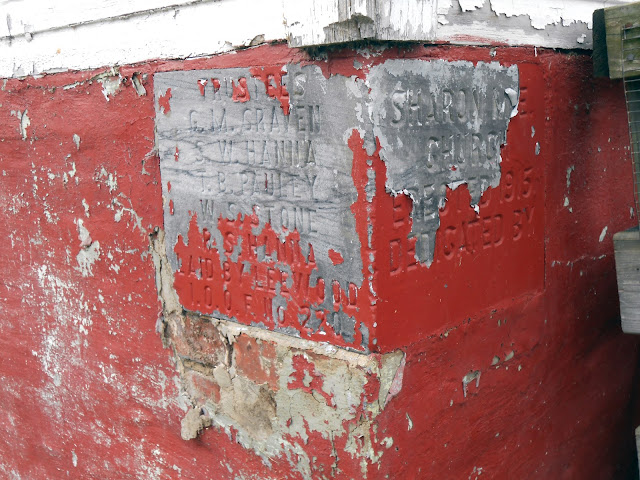 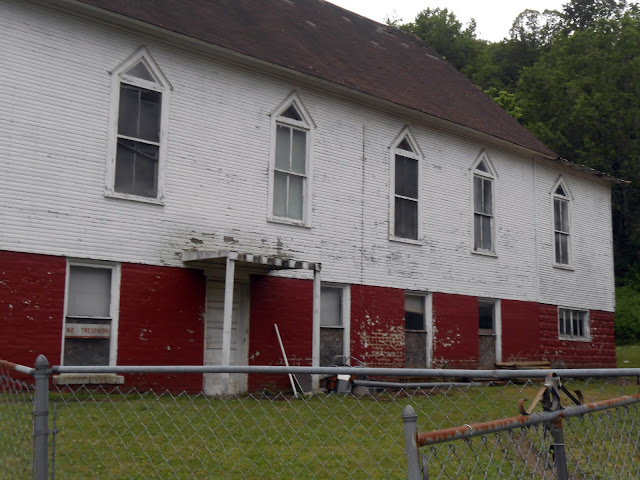 Later that day, we arrived in Charleston at the Sleep Inn.  This was the end of our 5th day in WV.
journal road trips vacation