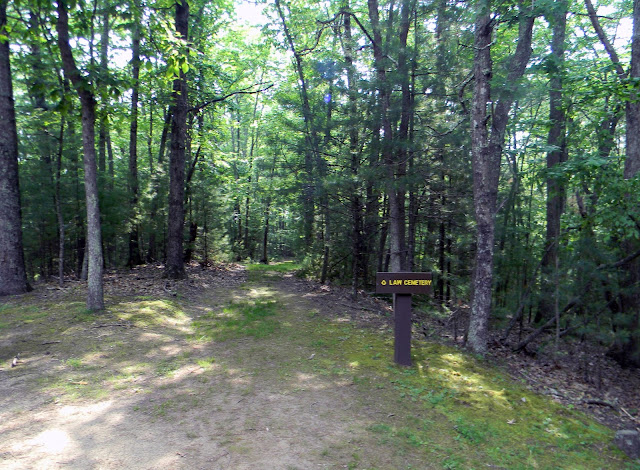 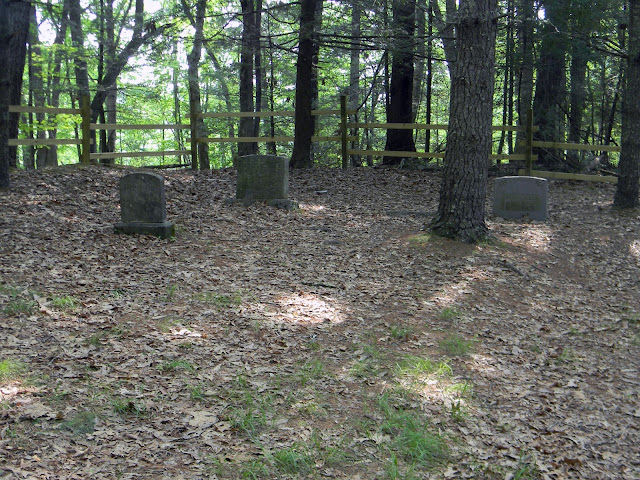 After breakfast and before heading out to urban explore in the area, we wanted to check out the Law Cemetery.  Because it rained the night before, we decided to see this tiny forest cemetery in the day.  The cemetery is tucked deep in the thick forests of Pipestem.  We parked next to Cabin 5 to take the path next to it.  This cabin is reported to be haunted and we wanted to stay in it.  Unfortunately, it was already booked.  The path was small in width, and took us about 15 minutes to get to the cemetery.  The grounds were surrounded with a newly constructed wood fence.  The old wood fence was still lying on the ground outside the perimeter.  Some of the Law Family members are buried in this cemetery along with a few others.  We took some pictures and headed back to the car.

One of the things we wanted to do while staying at Pipestem was to go urban exploring.  We wanted to find remarkable places in our second Abandoned Places book which would be perfect for the Appalachian Edition.  We saw many vacant buildings tucked in secluded places along the highway, but were not easy to access.  We did see a schoolhouse and decided it would be worth the stop.  We were careful of the tall grass and shrubbery because of the ticks hiding in them.  We did not see a “No Trespassing” sign, but were still cautious as you should always be.  The chipping red paint, broken windows with green vines growing all over the structure, made for wonderful pictures.  We found an old record player for Sharon to touch and take a reading on.  We peeked inside the windows, and saw lots of school equipment thrown around in a big garbage heap.  That was the first place we found for our book. 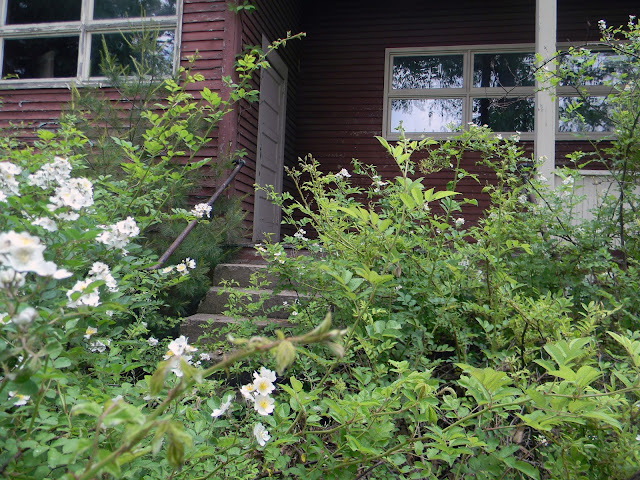 Next, we cruised around the town of Hinton for more empty places to photograph.  We hit pay dirt and found many abandoned structures.  After taking many photos of these places, we came across a row of burnt townhouses.  We noticed that 10 apartments were gutted and destroyed by fire.
These apartments were known as Brick Row and where 10 families once lived.  They were built in 1905 for railroad officials to live in with their families.  In February of 2013, a young man was caught torching another structure and was arrested.  He admitted to lighting the fire to the townhouses and was charged with two counts of first degree arson. 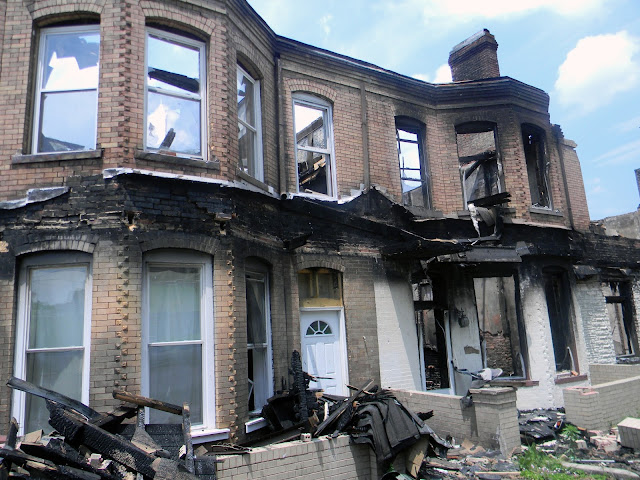 Sharon and I were immediately drawn to the structure.  As we walked closer to the building, we could smell the charred remains.  Inside, you can see that each place was three stories with a child’s bed barely hanging from the third floor and burnt dishes still in the cupboards.  Outside, are remains of a baby stroller and children’s toys.  Although the situation was a sad and tragic one, we still saw the beauty in what was still there. 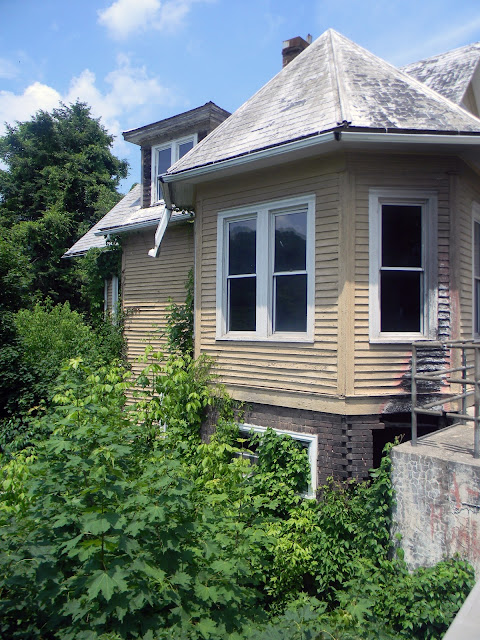 At the end of town and hanging over the edge was a small yellow house.  It is located right before the bridge leaving Hinton.  From the front, it looked tiny with a second story on top.  But when you see it from the side, you notice the house is at the periphery of a hill with the railroad below.  I bet it felt out of the ordinary living there.

The last place in the area was located along the highway back to Pipestem from Hinton.  Sharon referred to it as “The Hatchers”.  It was a massive building with broken windows and vines growing throughout the outside and inside of the structure.  We did not venture inside, but choose to take pictures of the outside and some through the windows.  I couldn’t find any information on this place.  It looked like it may have been a fish factory, a store, or some sort of business.  Whatever it used to be, it was a miraculous place to photograph.  *Note: We got word from Sharon’s sister that this building is going to be torn down. 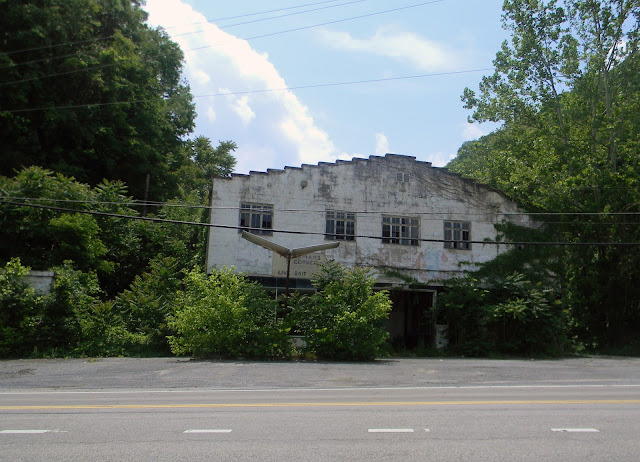 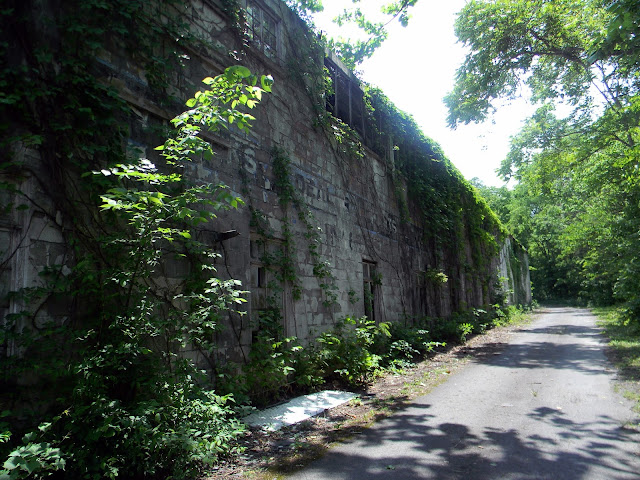 We spent our last night in Pipestem relaxing in our room, packing, and downloading photos.  We were even entertained by a group of deer we saw from our room's window.  If you haven’t heard of Pipestem, you should consider it as a vacation place to take your family or for a romantic adventure. 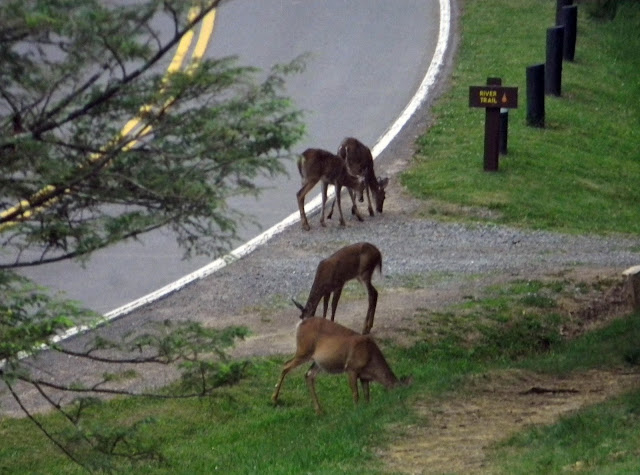