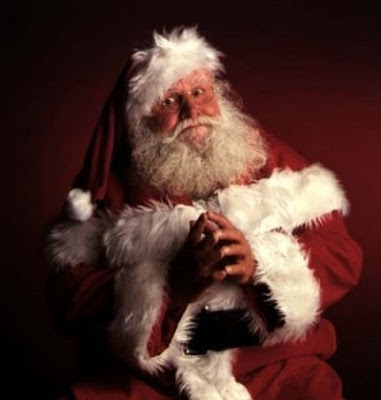 Bob had been retired from his management position and enjoyed time with his wife Eileen.  Together, they traveled all over the country and to other countries as well.  Not long after all the traveling; Eileen had passed away from her long battle with cancer.  Their children had families of their own and lived in other states.  They couldn’t see Bob as often as they wished, but made frequent phone calls.

For many years, Bob looked forward to the time of year between Thanksgiving and Christmas.  He loved the smell of pine, the cold weather, holiday lights and music, but especially his job as a mall Santa Claus.  Bob never felt like it was a job because he loved it so much and the children loved him.  Bob even looked like the real thing too.  He wore his own outfit, had long white hair, a white beard and mustache and round belly.  He had a jolly laugh that made people smile.  The job meant more to him after Eileen had passed away.

He would get up every morning and after breakfast, put on the outfit and headed out to the mall.  He stood behind the Santa’s house waiting for the time to make his appearance.  He was always excited in anticipation of seeing the children and hearing their wishes for Christmas.  The mall line was long because all the parents wanted to take their child to see Santa Bob.  “He was the best”, they would say.

As Bob approached the seat he could see the excitement in the children’s eyes as they saw Santa Claus sitting down on his throne.  One by one they would come up.  Some would talk and talk and some would just cry.  Some just sat there, while others would not.  Each parent was trying to get a good picture of their child with Santa Bob but it wasn’t always easy.  The last kid of the day approaches Santa Bob, sits on his lap and proceeds to give him a list of toys he wanted.  Bob listens with excitement, smiles for the picture and watches the little boy leave with his mother.

Exhausted and tired, Bob goes to the back area behind to house and takes a moment to rest.  An elf, Charlie, asked him, “How can you do this?”  Bob turns to him a bit puzzled and asked, “Do what?”  Charlie then says, “Playing Santa and having all those little brats all over you all day long?”  Bob walks over to Charlie, put his hands on his shoulders and says softly, “I do it for the children who are innocent, their excitement and especially their love.  They are what are most important to me.  Besides, I love it and will be Santa Bob till the day I die.”

It has been several years since Santa Bob had passed away in his sleep from a long illness.  Many have tried to replace him as Santa in the mall but none had that special quality that Santa Bob possessed.  There had been many reports of seeing an old Santa, faded and lurking in the background watching the kids sit on Santa’s lap.  Many swear that it is Santa Bob and he is watching over the children just as he did when he was alive.

…..and they heard him exclaim as he drove out of sight,
Merry Christmas to all, and to all a good night.
holidays