Showing posts from January, 2011
Show all

What the Hell is it? 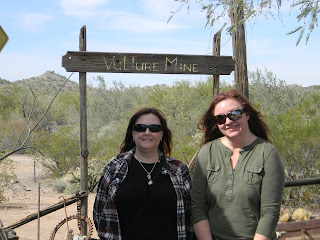 Sharon and I had a great time on our trip today.  One of the places she and I wanted to go was Vulture Mine.  That place was awesome.  You pay $10 and walk around the entire mine on a self guided tour.  We were able to go inside many of the deteriorating buildings, but some had fences around them.  I took tons of pictures and will be sharing them with you in the next couple of posts.  There was one picture that I wanted to share with you now; the one of Sharon, Marty, and myself.  Marty is the owner and was featured on the GA episode at the Vulture Mine giving the boys a tour and interview.  In the picture featured below, there is a dark form almost covering me.  The photo taken right before and after were clear.  I also will post them. Sharon and I went into debunking mode and tried everything we could to explain what it might be.  We did the hair, strap and string test but none of which looked like the form in the picture.  If it was any of them, the image would have been seen from
9 comments
Read more 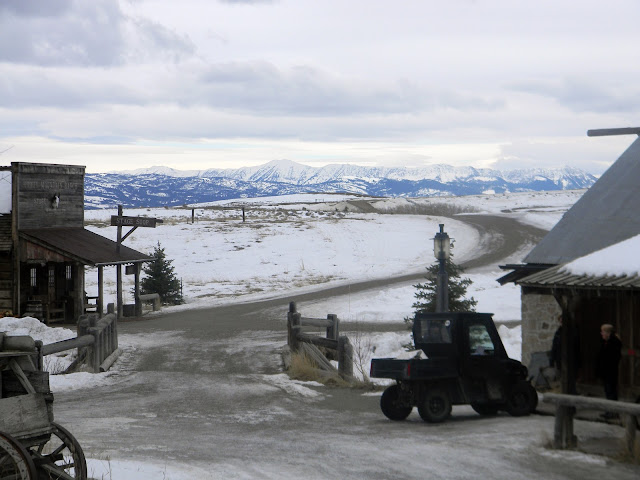 The past four days I haven't been home but freezing my butt off in Montana.  Actually the first and fourth days were spent in airports.  My hubby won a trip for two to the Marlboro Ranch (Crazy Mountain Ranch) which is an hour from Bozeman, Montana.  Go figure that his long-time bad habit of smoking would pay off in such a great way.  When he got the exciting news in a Fedex box, our first thought was that it was a scam.  I told him that when you call the number provided and they ask for money, it's a scam and hang up!  That never happened.  It was the real deal, an all expense paid trip for two courtesy of Marlboro.  It paid off entering their many contests. By the time we arrived in Bozeman on Sunday, it was in the evening.  We were greeted by some of the ranch staff who ushered the group of us who arrived from Salt Lake City to a bus.  We missed out on the beautiful Montana scenery on the hour long trip from the airport to the ranch because it was dark.  After we arriv
27 comments
Read more 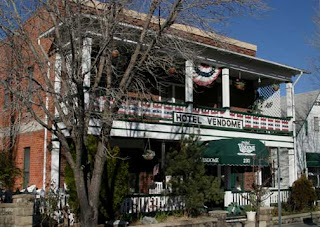 Built in 1917 by J.B. Jones in the historic downtown district of Prescott, Arizona stands a 2 story bed and breakfast, the Hotel Vendome. The place has an old-world look and feel to it, but is equipped with many modern amenities. Built originally as a residential home, the dark red brick structure has 16 rooms and all are decorated with an old-fashion flare. In the front of the building is a huge porch and second story veranda where you can sit and rock the night away. The hotel was remodeled and restored in 1983, then put on the National Register of Historic Places. The hotel had many owners throughout the years, but none as well known as Abby Byr. Abby moved to Prescott to seek treatment for Consumption. While there she met Mr. Byr and fell in love. They soon were married and in 1921 bought the Hotel Vendome. They ran the hotel until the unpaid taxes forced them to sell. The new owners were kind people and allowed the Byrs to stay in room 16 located on the second floor. Abby an
9 comments
Read more 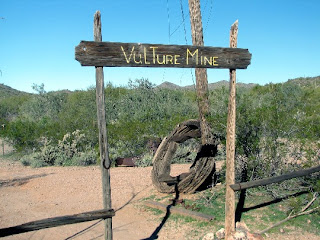 In the middle of nowhere and 70 miles north of Phoenix in the desolate Arizona desert, lies what some refer to as “a real ghost town”. Vulture City once was a booming mining town but now lies empty with many bad, angry spirits hanging around the dirt grounds and decaying buildings. Strange things like ghosts, shadow figures, voices and footsteps have been reported by those who work at the mines or just there for a visit. In 1863, an Austrian prospector named Henry Wickenburg discovered a quartz deposit containing gold. He later sold that deposit to Benjamin Phelps who was acting in behave of a group of investors. They later became the Vulture Mining Company. By the 1890’s the population of Vulture City was over 5,000 men, women and children with the Vulture Mines prospering. Many of those were there for any opportunity they could grasp onto, but others were brought there by greed. This family mining town quickly turned into an unsafe place to live. The Assay office was where the
6 comments
Read more

We are taking another trip and I will be writing about the history and present day conditions of the places we will be stopping at. We will be traveling from Wickenburg to Prescott and spending the night there in a haunted room. One of the places along the way is Congress. Just up the highway near Wickenburg sits a shell of an existence known as Congress, Arizona. This once booming mining town is virtually abandoned and now a ghost town. It was on March 25, 1884, Dennis May discovered a gold mine and shortly afterwards Congress was established. Word spread of his discovery and a short time later many people flocked to the tiny town to work the mines and live. The Santa Fe Railroad was built only 3 miles from the mine in 1893. The station was named Congress Junction and built the town’s only post office. By this time the mine had been sold a couple of times while it continued to flourish. Because of the many people that took up residence in Congress, it was divided into two sect
9 comments
Read more 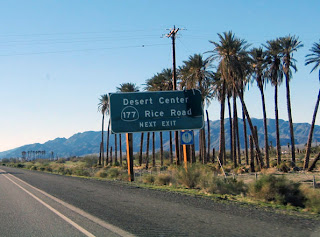 I can’t tell you how many times I have driven Interstate 10 to California and seen the Desert Center sign. This abandoned town is located in southern California between Indio and Blythe. Never in my wildest dreams would I ever think of stopping there. Now I can’t wait. As part of our Abandoned Places: Abandoned Memories (Town or City Edition), it will be an exciting addition. I have seen Sharon’s pictures and heard her stories, now I am ready for some of my own. In 1921 Stephen A. Ragsdale, also known as “Desert Steve” and his wife Lydia, founded the town of Desert Center. Steve came across that area by accident when his car broke down on a business trip in 1915 to Los Angeles from Arkansas where he was living at the time. He ended up near a place called Gruendyke’s Well, which was merely a hand-dug well by a prospector named Bill Gruendyke. While waiting for his vehicle to get repaired, he was offered a place to stay, food and water by Gruendyke. When he drove back by the Well
21 comments
Read more 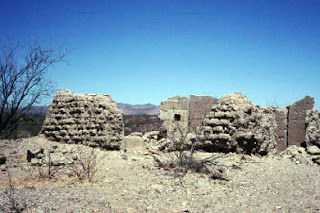 I always get excited when someone tells me about another place in Arizona history with a great past. Sharon told me about Brunckow’s cabin and wants to visit it when we finally make our trip to Tombstone. A place that is known to be haunted and has a bloody history is one that this lady has to visit. Approximately 8 miles southwest of Tombstone, there lies the ruins of a cabin know as “the bloodiest cabin in Arizona history”. The Brunckow’s cabin was built in 1858 by a German mining engineer, Frederick Brunckow. Brunckow worked a mine on the San Pedro which was located near his cabin. History is told that 21 people were murdered in his cabin, including Brunckow. Even though he was able to escape the divine retribution of the Apache, he could not escape the Mexicans that took his life. The story is told that he was killed by his own rock drill and then thrown down one of his shafts. After his murder, 17 others were killed before 1880, with three more after that. Today the meag
11 comments
Read more
More posts