Showing posts from March, 2016
Show all

The Pie Cabinet and Coffee Bar 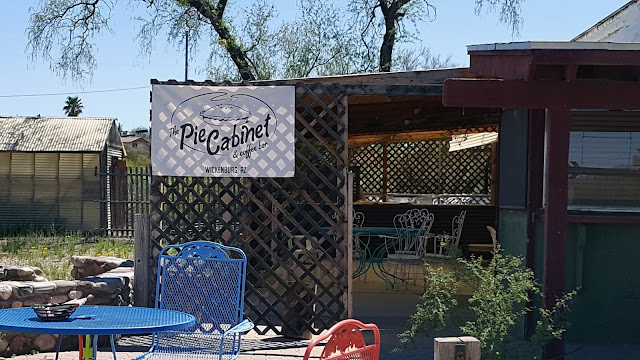 While in Wickenburg, Sharon and I accidentally came across this place and we were glad we did.  The Pie Cabinet and Coffee Bar have an assortment of delicious pies, pastries, Panini's, and gourmet coffee.  It is open Monday thru Friday from 7am to 4pm and on Saturday from 7am to 2pm. Address: 1235 W. Wickenburg Way, Wickenburg, AZ 85390 Phone: (928) 231-1703
Post a Comment
Read more 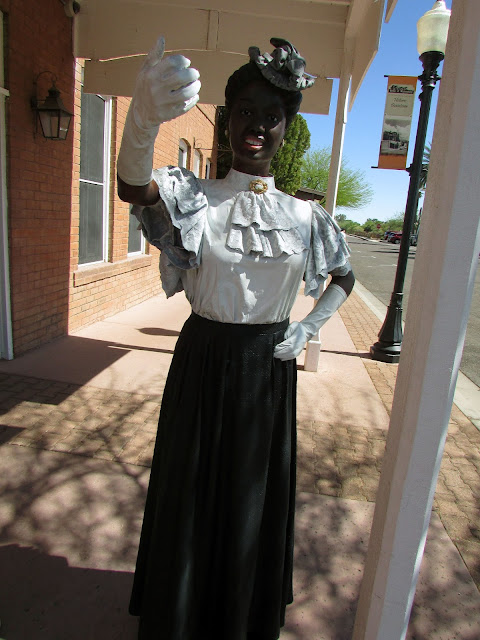 There are interesting stuff around Wickenburg, AZ.  I took a few pictures to show you what I saw.
2 comments
Read more

Spring in the Desert 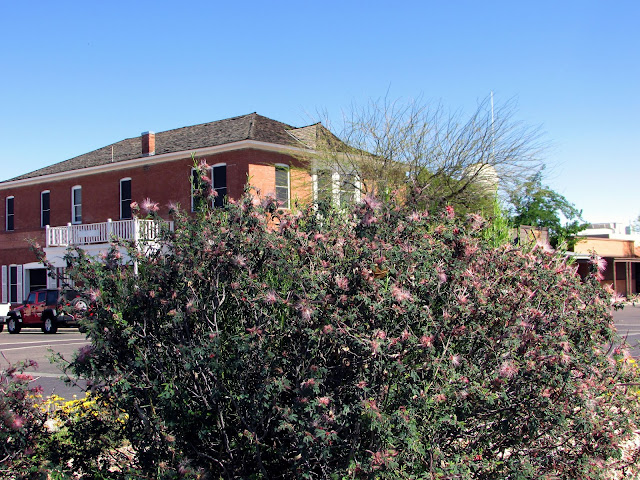 The Ghost Town of Weaver 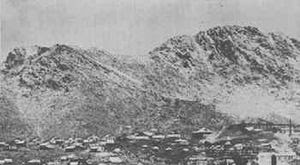 The town of Weaver in 1888. Rich Hill is in the background. (Source: Wikipedia) Not far from the ghost towns of Stanton and Octave in Arizona, sits what is left of the minuscule abandoned settlement of Weaver.  First known as Weaverville, this town was once a booming gold mine community.  Right after gold was unearthed on Rich Hill in May of 1863, Weaverville was founded nearby.  The town, like the mountain range, was named after Pauline Weaver.  He was born in 1797, and spent his career as a mountain man, trapper, military scout, prospector, as well as an explorer.  He led a collection of explorers and prospectors into the mountains where a huge vein of gold was found.  They ran into it after the men were trying to capture a runaway donkey. Not long afterwards, Weaverville was condensed to Weaver and the power was ruled by Francisco Vega.  He, along with his group of no-good bandits, put the fear in those who were living there and wanted to pass through the town.  The neighb
Post a Comment
Read more

The Ghost Town of Stanton, AZ 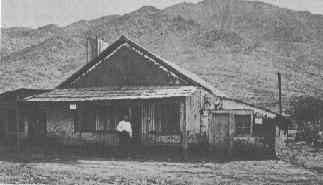 Charles Stanton in front of his home/store in the late 1800's. (Unknown source) Original publication: Immediate source: http://www.ghosttowns.com/states/az/stanton.html Tuck inside Weaver Mountain in the Rich Hill District of Arizona, sits the eerie little ghost town of Stanton.  When you travel on Arizona Highway 89 and hit the north end of Congress, you will find a dirt road which will lead you there.  The trek on this road is only 6 miles to Stanton, and is currently used as an RV park.  The only old buildings standing are the hotel, stagecoach station, and the red brick general store. It all started in 1863 when Pauline Weaver guided a group of explorers to the area.  Weaver’s Needle in the Superstition Mountains and the mountain range where Stanton is located were named after Pauline.  They hit the motherlode (about a half million in gold), and in 1868, the place was known as Antelope Station.  At one time, over 3,000 souls called the place home, and it was a decent pl
2 comments
Read more 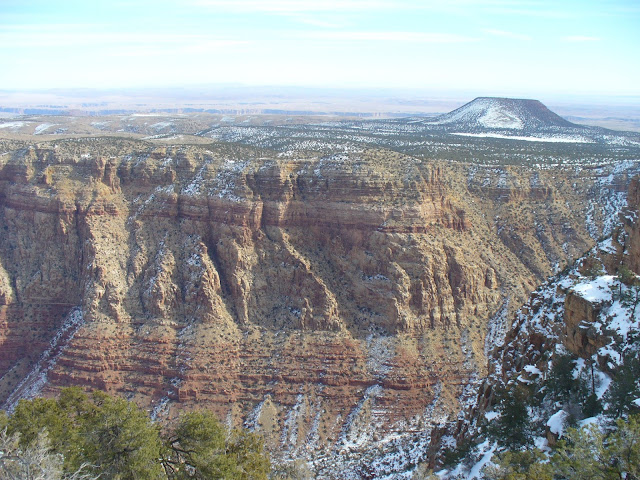 The Transept Trail is only one of many trails found inside and around the Grand Canyon.  It is situated on the North Rim flanked by the North Rim Campground and Grand Canyon Lodge.  The trek is 3 miles round-trip and takes about 1.5 hours to walk the entire perimeter.  The scenery on this path is breathless with many ancient ruins seen throughout the trail. All the trails at the Grand Canyon offer a gorgeous view of the canyon, but the Transept Trail also comes with a ghost.  They call her the “Wailing Woman” because as she wanders along the pathway and has been seen crying.  Witnesses have said she is clothed in a white dress with blue flowers and she appears to be levitating above the ground.  The story is told that her family had fallen victim to the sheer cliffs along the trail resulting with a deadly ending.  To this day, she still appears to be looking for them and grieving her loss.
Post a Comment
Read more

This looks interesting. "From Director Keith Arem (Talent Director of Call of Duty, Titanfall), THE PHOENIX INCIDENT is an investigation into the March 13th, 1997 disappearance of four Arizona men exposing a military cover-up of the largest UFO sighting in North America."
Post a Comment
Read more

A View From Sonoita's Vineyards 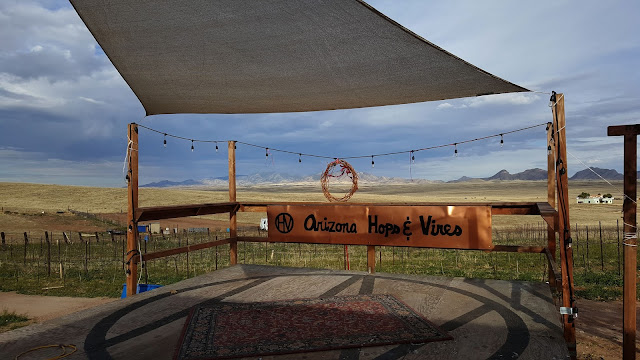