Showing posts from September, 2012
Show all

The View From Sunset Point 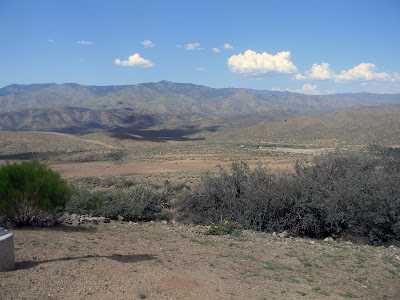 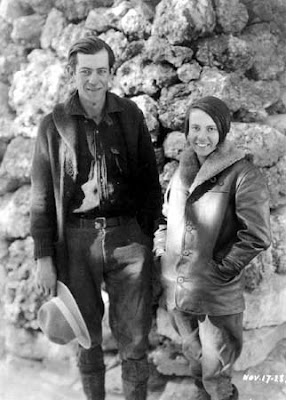 “Glen and Bessie Hyde were newlyweds who disappeared while attempting to run the rapids of the Colorado River through Grand Canyon, Arizona in 1928.  Had they succeeded, Bessie would have been the first documented woman in history to do so.”   (Wikipedia) Glen Rollin Hyde was born on December 9, 1898 in Twin Falls, Idaho.  He was a farmer and on occasions would go river rafting on the Salmon and Snake Rivers in Idaho.  While traveling on a passenger ship to California in 1927, he met Bessie.  Bessie Louise Haley was born on December 29, 1905 in West Virginia.  She was an art student, worked in a bookstore and loved to write poetry.  When they met, Bessie was still married to her first husband.  The day after her divorce was final, April 12, 1928, the two got married. Even though Bessie had never done any river rafting and Glen was a semi-pro at it, he wanted them to spend their honeymoon traveling down the Colorado River inside the Grand Canyon in his homemade twenty foot
6 comments
Read more 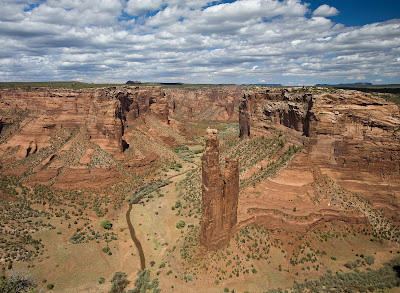 Located in the northeastern portion of Arizona is the remarkable uninterrupted rock landscape of Canyon de Chelly (de SHAY) National Monument.  Canyon de Chelly borders the Navajo Nation and was recognized on April 1, 1931.  This “little sister” of the Grand Canyon can boast many well-kept ruins and astounding views from its rim and between its canyon walls.  The name “Chelly” means “borrowing“ in Spanish and “Tseyl” (canyon) in Navajo.  There are Native Americans who still live and farm surrounded by the canyon walls.  Visitors can walk around freely on the rim but are only allowed inside the canyon with a guide. One of the more promenade features inside the canyon are the two red sandstone pointed structures with the taller one reaching around 750-800 feet high.  The larger of the two is called “Spider Rock” and the smaller one is referred to as “Speaking Rock”.  In many Native American cultures there are many legends and myths about places such as Spider Rock.  The Navajo
1 comment
Read more 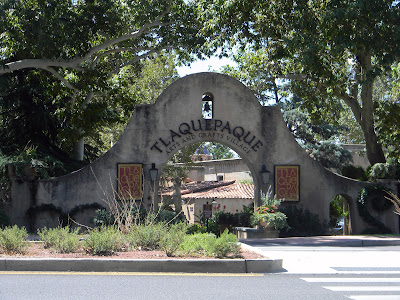 One of the places you must see while visiting Sedona, AZ, is Tlaquepaque (Tia-keh-pah-keh).  The name means "best of everything" and was built in the 1970's.  Located near Oak Creek with flourishing vegetation all around its grounds, Tlaquepaque has the look of an orginal Mexican town.  Inside are many interesting shops, galleries, restaurants, with cobble-stoned walkways and arched entryways with vines growing all over the stucco walls.
4 comments
Read more 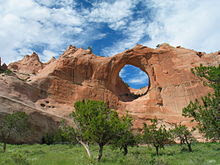 Located in the northeastern portion of Arizona sits an interesting rock formation known as "Window Rock".  It is called "Tseghahoodzani" by the Navajo, which means "the rock with the hole in it".  The Navajo revere the rock as holy and symbolizes the capital of the Navajo nation. The huge sandstone rock stands about 200 feet, with a forty-seven foot hole in the center. There are myths handed down through generations that tell stories of why the hole is in the rock.  One fable is the wind blew the opening when the world was being created.  The Navajo feel that a colossal snake formed the round gap and would slither through it while hunting for food.  They also believe that the rock's cavity is getting larger because the huge worm still exists, using the hole, and is growing larger. Whatever the story really is, Window Rock is an enchanting site to be seen.
6 comments
Read more 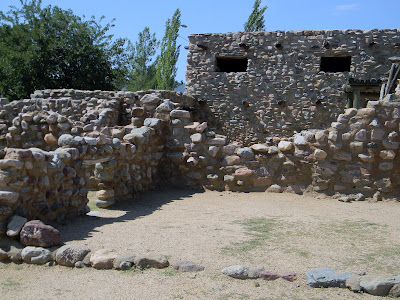 Arizona and other southwest states have centuries old Native American ruins throughout their lands.  I have seen some, but still have many more to visit.  If you visit Arizona, be sure to put some of these amazing ruins on your list of must see places.  Here are some I have seen in the past few years: BESH-BA-GOWAH ARCHAEOLOGICAL PARK This old pueblo ruin located near the outskirts of Globe, Arizona, and is approximately 700 years old. Around 1225, the Salado Indians started the construction of the Besh-Ba-Gowah buildings, which are the ruins we see today. The name Besh-Ba-Gowah comes from the Apache language and means, “place of metal” or “metal camp”. Today, many of the buildings and walls are still standing. Some of the structures have been restored to their original status for visitors to get an idea of the living conditions of the Salado people. The wood ladders have been re-created for you to climb to the second floor where many of the pottery pieces found in excavat
1 comment
Read more 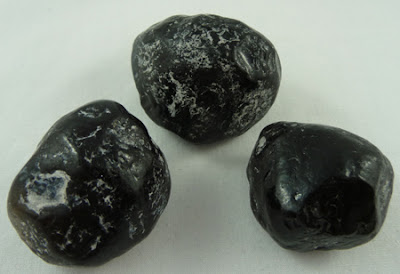 Apache Tears are natural crystals and a form of Black Obsidian Stone.  This stone is usually found in the southwest and parts of Mexico.  They are somewhat transparent and either a dark brown or black in color.  These irregular shape stones get their name from an American Indian legend. Around the 1870’s the connection between the United States military and some of the American Indians, especially the Apaches, was tense and precarious.  The military built many garrisons in hopes to keep the Apache under restraint.  One of the forts built was Camp Pinal which is located near today’s Superior, Arizona.  There were no written records, so what happened next was from many years and decades of stories. In the late 1800’s, troops from Camp Pinal were chasing a group of 75 Apache warriors.  They had driven the band of men west to the edge of a cliff (now called Apache Leap) which today looks over the town of Superior.  The Apache men were extremely proud and would not let the m
7 comments
Read more 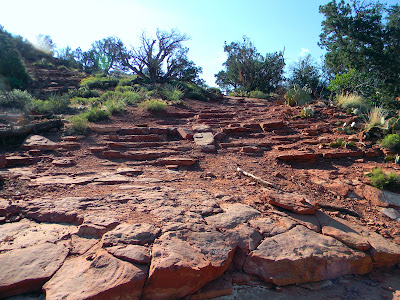 One of the things Sharon and I wanted to do while in Sedona was to find some of the vortexes which are located all around the city.  We hiked up the red rocks along the airport road to the breathtaking views on top. There were several interesting piles of rocks near the vortex. We took in the views and fresh air, cleared our thoughts, and felt at peace. "A vortex is the funnel shape created by a whirling fluid or by the motion of spiraling energy.  Familiar examples of vortex shapes are whirlwinds, tornadoes, and water going down a drain.  A vortex can be made up of anything that flows, such as wind, water, or electricity. The vortexes in Sedona are swirling centers of subtle energy coming out from the surface of the earth.  The vortex energy in not exactly electricity or magnetism, although it does leave a slight measurable residual magnetism in the places where it is strongest."
3 comments
Read more 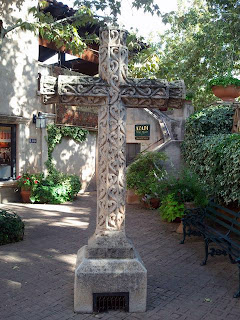 There are many things to see while visiting Sedona, AZ.  If you are not taken in by the beautiful scenery of the red rocks or Oak Creek, there a many great places to eat, drink, and shop.  You can visit the vortexes, have your aura read, or go on a UFO tour.  Any quirky thing you can think of can be found in this wonderful city.
7 comments
Read more
More posts