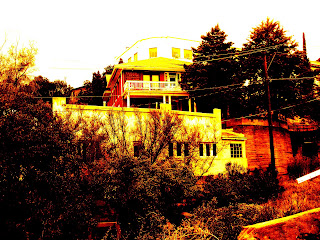 I posted this in 2008 on our TAGO blog and decided to repost it to go along with the pictures I took while recently visiting Bisbee. I am hoping that the next time I do a post on the Oliver House it will be my personal experience while staying there.

In the quaint little town of Bisbee, Arizona, many of the residence that live there are not just of the living or breathing kind, but paranormal kind as well. The interesting history and haunts of the Copper Queen Hotel makes it a popular place for tourist to want to spend a night or two. But remember, Bisbee can boast other haunted establishments too such as the Oliver House. Bisbee’s haunted bed and breakfast might be another place that you may want to stay if you don’t mind a ghostly visitor or two.

The Oliver House was built in 1909 by Edith Ann Oliver, the wife of Henry Oliver, a mining tycoon. It was originally used as mine offices and later became a boarding house for miners. The story was told that sometime in 1920, the wife of a local policeman was having an affair with Nathan Anderson, a mining employee. Her husband found out about it, went to the house and killed the both of them. Nat was shot at the top of the staircase to the second floor while entering room 13. He was shot in the head, between the eyes, and in the back. After killing the two of them, the husband headed downstairs and killed everyone in the parlor. He then drove to the edge of town and committed suicide. A total of 27 people died in the house, including those from the mass murder.

With all that violence that happened in the house, you can bet there are some unhappy spirits still hanging around. Some of the guest who has stayed there has reported hearing footsteps in the hallways at night. Some have said that they could hear running water in pipes that don’t exist. Most of the activity is around room 13 where Nat was murdered.

Each of the Oliver House’s rooms has their own bit of spooky activity. In the Plum Room strange cold spots and the feeling like you are being watched have been reported by eyewitnesses. The Purple Sage Room had reports of doors and shutters that open and shut by them. The Grandma Room is said to be haunted by an older woman who died there of natural causes. Some reports in this room are that the rocking chair moves on its own and seeing the older woman watching over them at nighttime. In the Captain’s Room some have felt the presence of a hostile spirit and heard a voice saying “Get Out”!!!

Next time you want a “haunted” place to stay, keep the Oliver House in Bisbee, Arizona in mind. You can be sure that when you stay there, you won’t be alone. 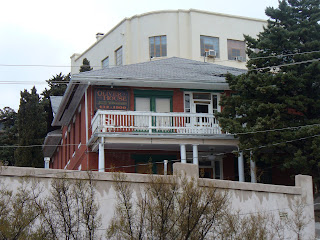 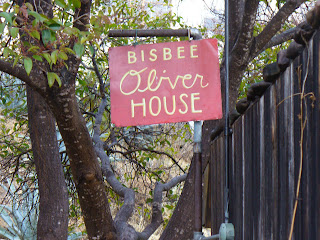 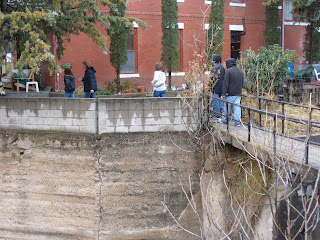 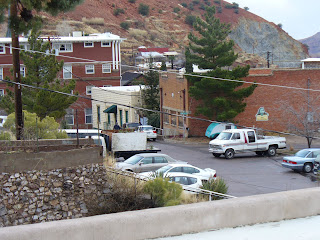