Immersed in the Hereford’s history in Eagar, AZ, sits the 26 Bar Ranch.  It was first known as the Milky Way Ranch in the 1940’s with its big white show barn which housed many Hereford cattle.  The barn is now a local landmark.  In 1964 the ranch became the 26 Bar Ranch or John Wayne’s Ranch, who was one of the owners.  Wayne, along with Ken Reafsnyder and Louis Johnson, his business partners, kept the ranch until John Wayne’s death in 1979 from lung and stomach cancer.


Lately, I have heard rumors that Bigfoot has been seen near the ranch.  I don’t know if that is true or not, but it would be worth checking out. 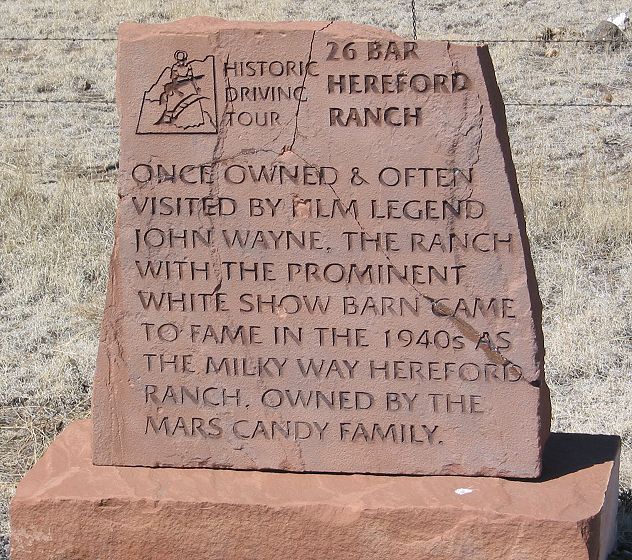