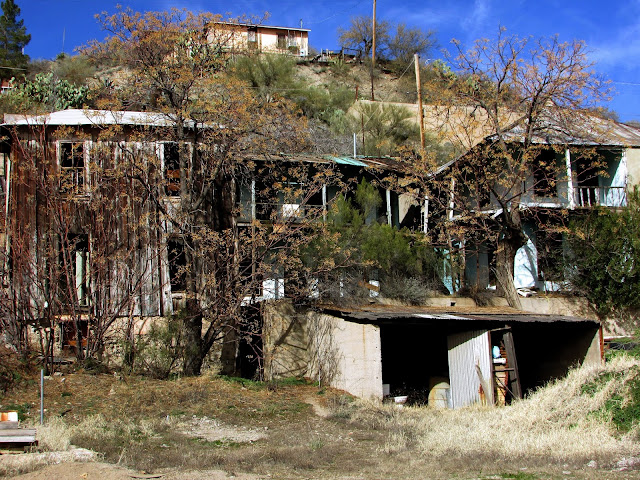 You would think that after 6 years of building their hive under rotting boards, the boards would collapse, the hive would break, and the bees would leave.  Well, the boards did break and fall, but the bees are still there.  Sharon and I have referred to this place as the "Bees Apartments".  We did find out that the place was a boarding house for miners in the early 1900's until the mines closed.  They would put two miners to each room.  One miner worked the day shift and the other worked at night.  They would not be in each other's space at the same time while they were catching zzzzz's from the long days/night work.  So, like always, I took lots of pictures of this wonderful abandoned structure.  This is from our January 2016 trek. 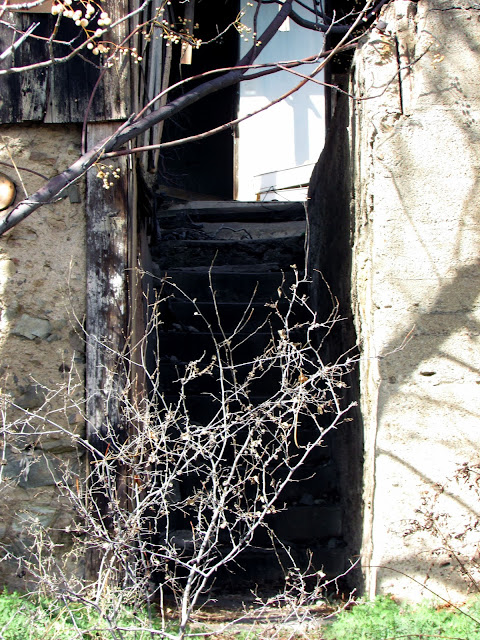 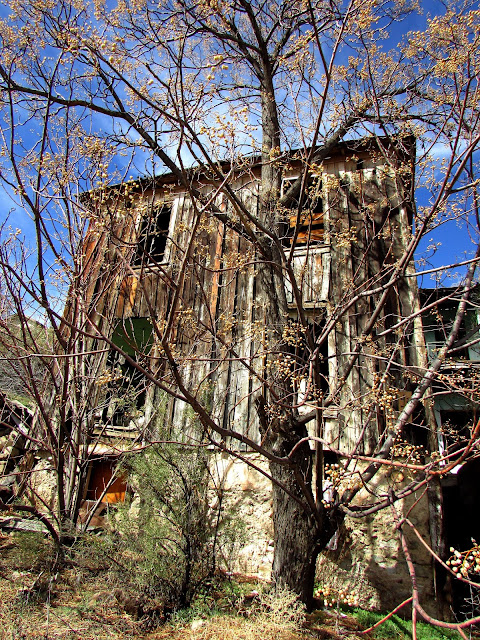 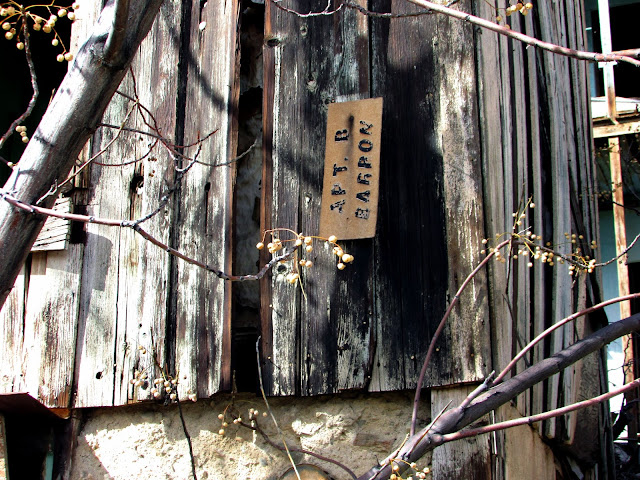 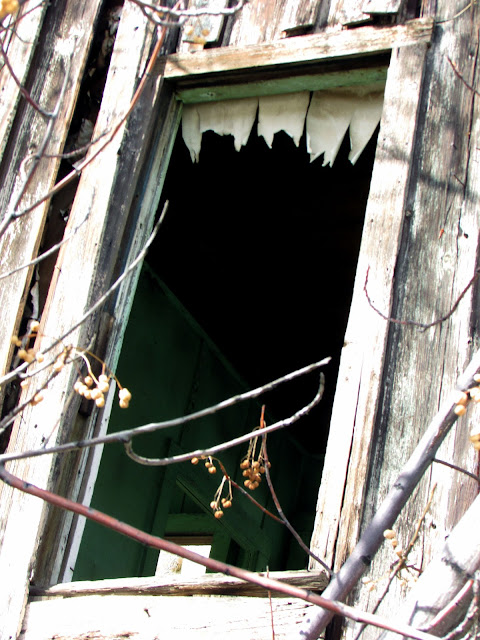 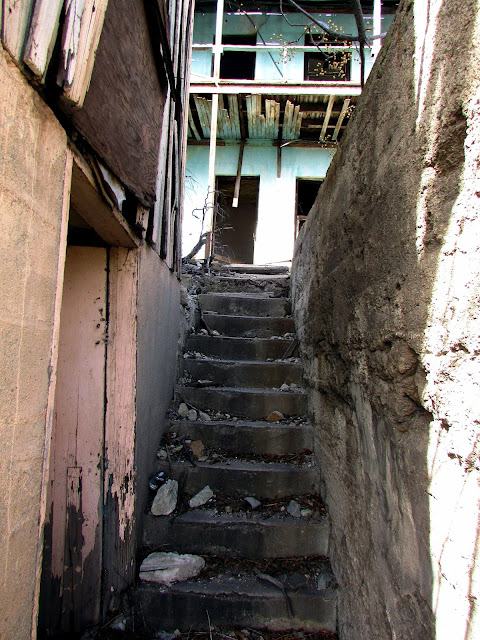 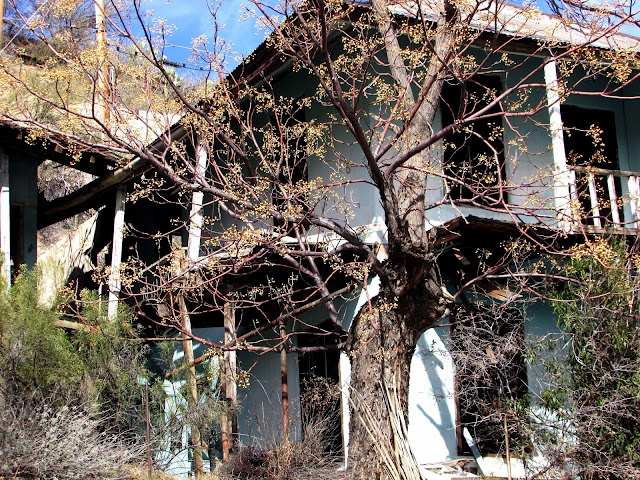 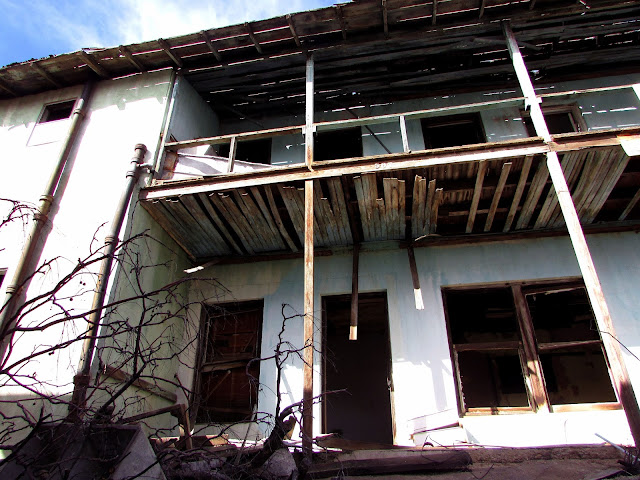 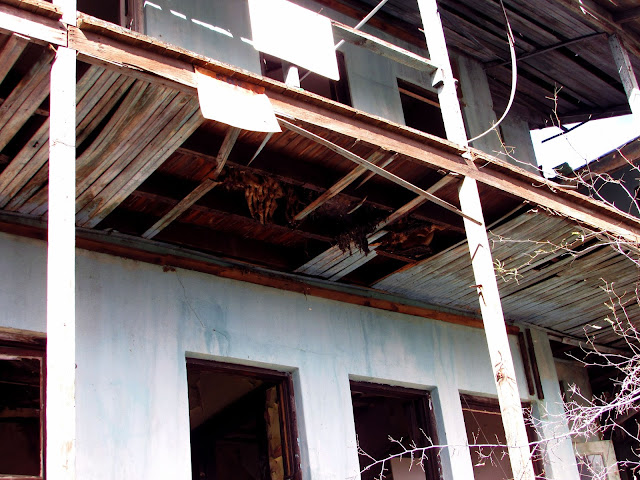 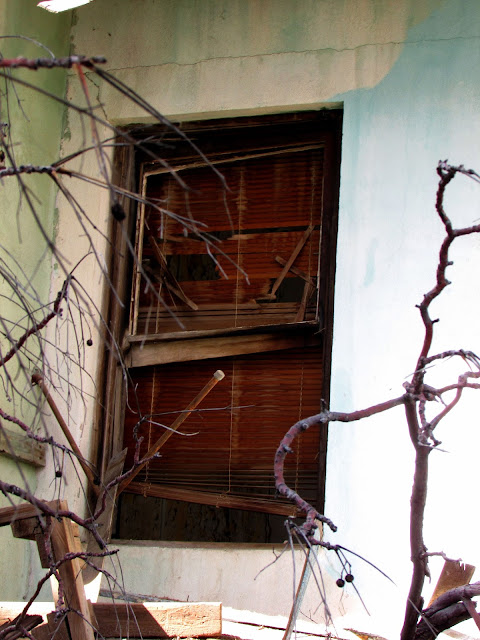 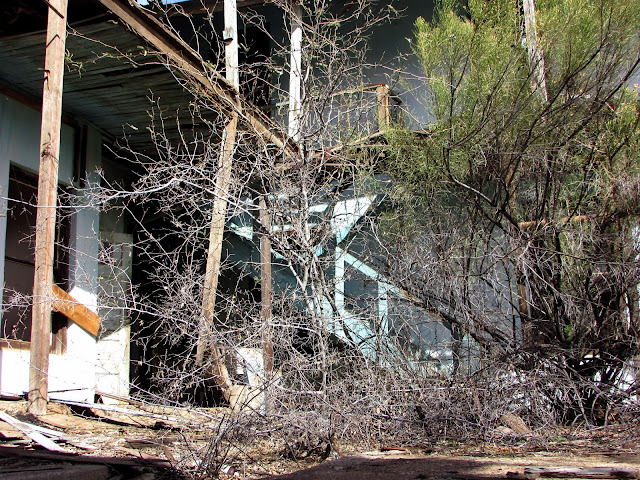 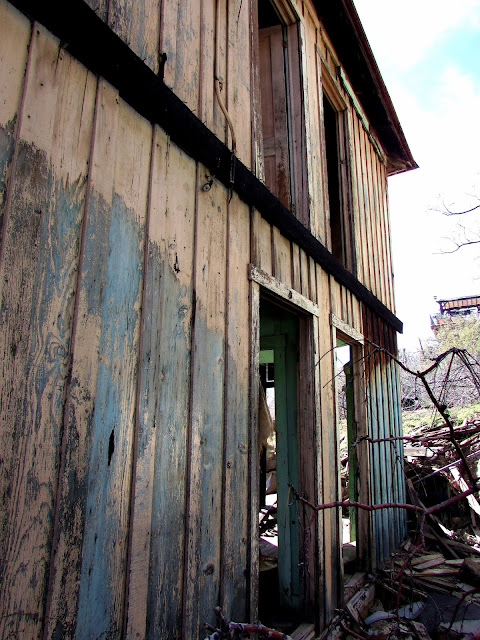 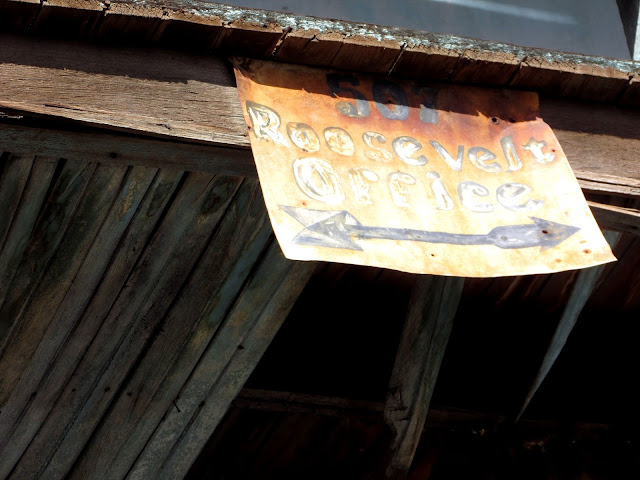 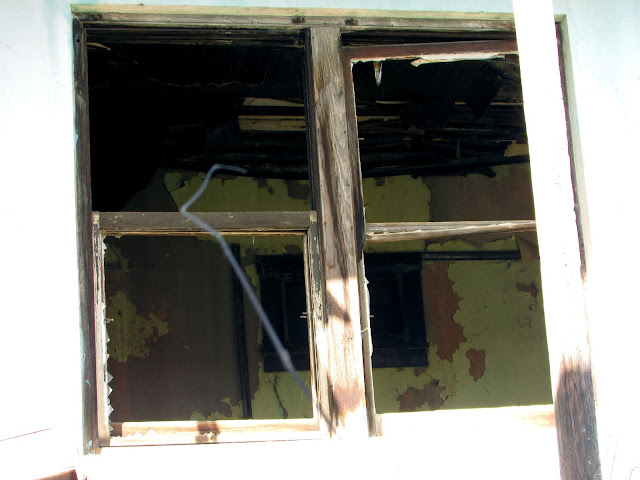 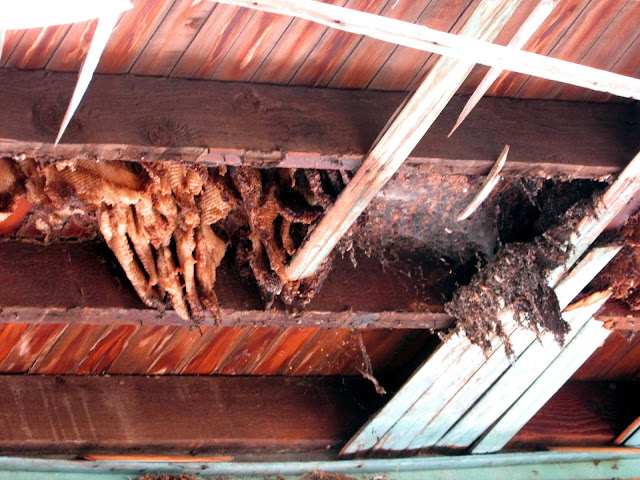 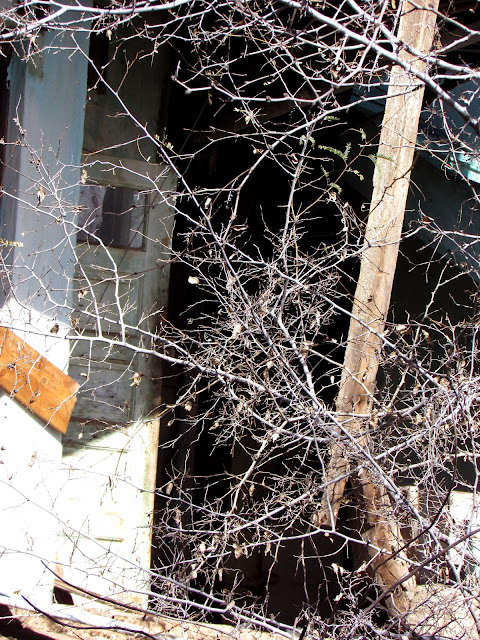 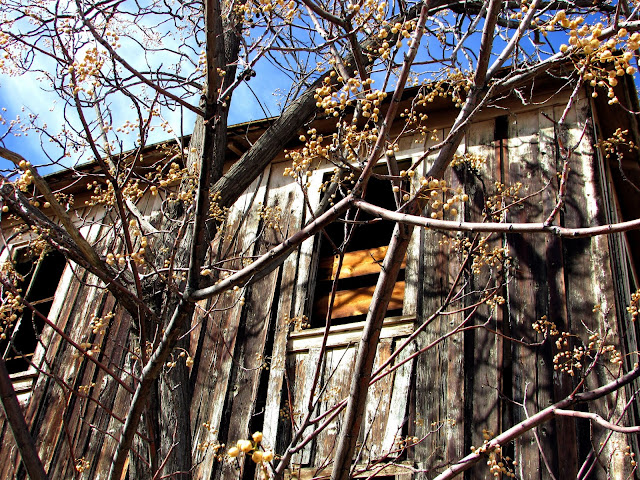 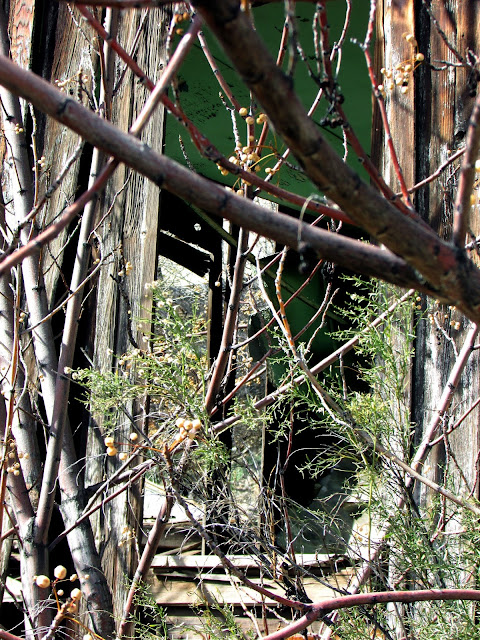