This unassuming strip mall, on 19th Avenue & Northern in Phoenix, has an Albertsons, Starbucks, Einstein’s Bagels and other shops or offices, and would never thought to be haunted, but it is. Many years before the strip mall existed on this site, there used to be several eroded buildings standing there. These structures were murky and eerie and abandoned for many years. There was much speculation that the buildings were haunted and ghosts have been reported wandering around the grounds. Between the deteriorating walls of these dark dwellings, apparitions and other strange occurrences had been seen and heard by eyewitnesses. Young kids and teens would dare each other to investigate the buildings at night using only a flashlight for protection. They would find an open hole in the fence to gain access and slowly, as a group, would enter a building. They never lasted the night claiming to hear crying, and whimpering sounds coming from the long dark passage. Only a few brave souls would check out the basements where there were rumors of torture and murder that occurred in there. Others would report seeing three headstones, one large in the middle and two smaller ones on each side. The strange thing was, they were never seen in the light of day.

Today there sits a strip mall where some employees reported hearing crying and seeing what they could only describe as a ghost in various areas of the stores they were working at. Others have claims of seeing a ghostly looking homeless man in the area behind the store where a body of one was found several years ago. The reports were that he was murdered in his sleep. He seems to be still hanging around behind the strip mall, making an appearance from time to time. 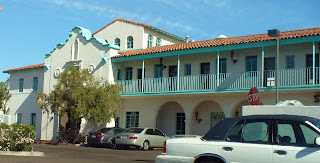 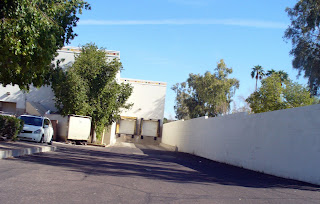