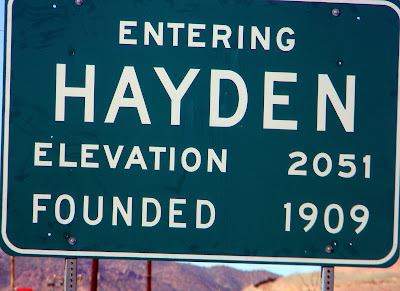 Along AZ Highway 177 and hidden in the mountains of Pinal and Gila counties, sits the mining/smelter town of Hayden.  The town was founded in 1909 and part of the Ray Consolidated Copper Company.  Like the other towns in the area, it started out as a company community.  The people worked for the ASARCO smelter which was located in town and known as the Hayden Smelter.  It has the tallest free-standing chimney which stands about 1,000 feet tall.  Many of its earlier residents consisted of Mexican workers who traveled to the area to build the smelter along with a variety of other ethnicity.  It was finally finished in 1912 and the smelter began processing the ore which came from the Ray copper mines. Fights among the groups, strikes against management, and many of the workers falling ill due to toxins in the air, made the working environment hard to deal with.  In 1933, Kennecott Copper bought the mine and the community of Hayden. In 1958, they opened a second smelter in Hayden, but it was shut down in the 1980's.  In 2011, the EPA took action against the smelter for releasing "illegal amounts of lead, arsenic and eight other dangerous compounds.  Today, around 800 people still live in Hayden, but it was obvious to us that the economy hit this town hard.  We saw many abandoned places around town. 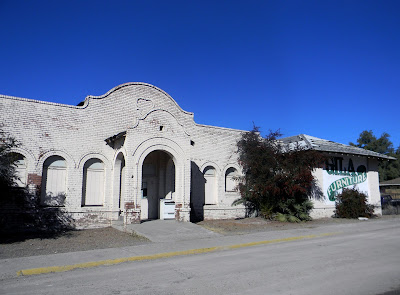 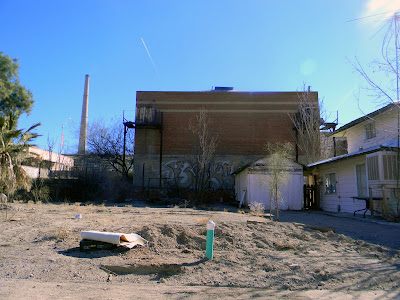 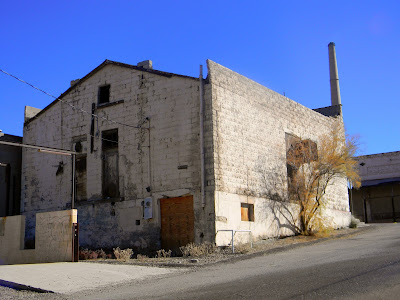 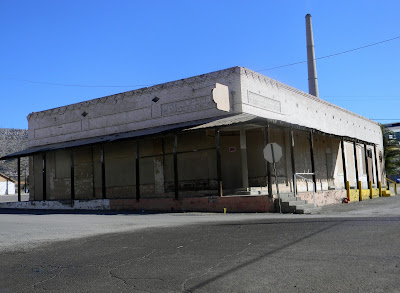 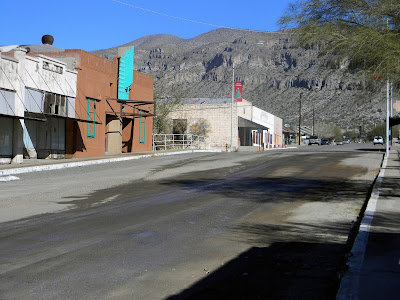 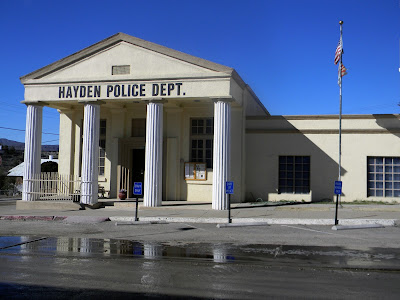 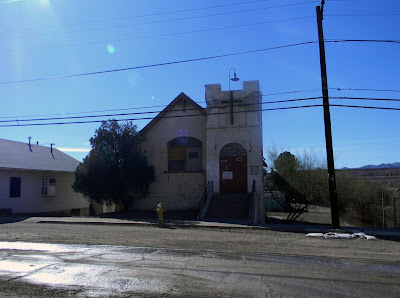