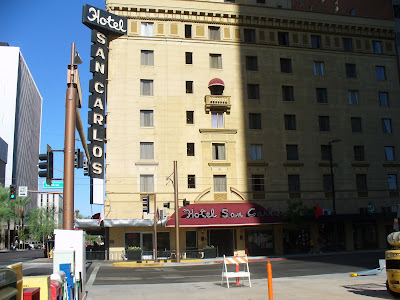 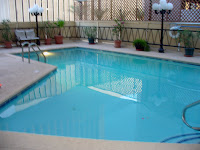 More than 50 paranormal enthusiasts, along with their ghost hunting gear, converged on the known haunted Hotel San Carlos in downtown Phoenix, AZ, this past Saturday night. Debe Branning hosted an informal investigation “Spirit Photo Workshop” where we got the opportunity to experience the ghostly activity that has been reported at the hotel. 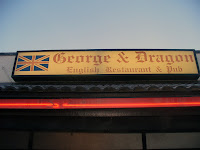 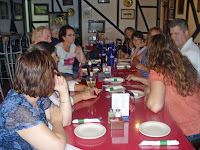 At 3:00 pm we all met by the pool located on the third floor after dumping all our stuff in our rooms. Our room was on the fourth floor where the ghost children have been heard running up and down the halls late at night.  After the meet and greet and quick swim, we broke out in three separate groups for dinner. Three restaurants known for their paranormal activity were chosen. Our little group went to the George and Dragon that I wrote about earlier.  We met up with others that picked this fine English pub to have dinner. 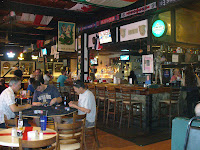 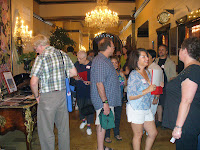 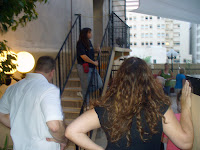 After dinner it was back to the hotel where we split up in two separate groups for out private ghost tour. Our tour guide was Julia who took us to the manager’s apartment first. This area is where a couple of mischievous ghosts have made their presence known. There is one that makes his presence known in photos as orbs conveniently on women’s breasts. We offered up our girls but he wasn’t going for it.  We did an EVP session and Autumnforest did experience her hair being tugged. 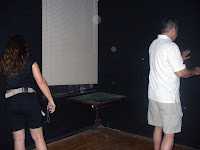 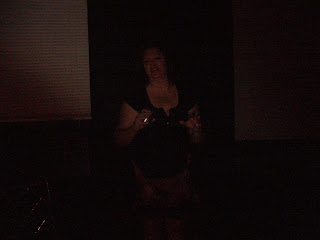 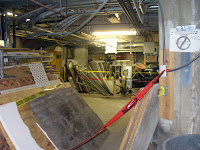 Next, she took us down to the basement. This area has lots of activity and can be attributed to the tragic deaths that occurred down there. Because the hotel was first a school, the reported sightings in the basement are of children. The story is told that four boys were playing in the basement near where the well is located and all fell in and drowned. Their apparitions and the sound of children playing have been reported down there.  It was too hot and muggy, so we didn’t stay long. 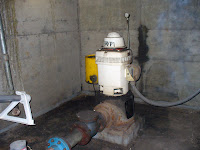 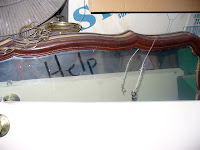 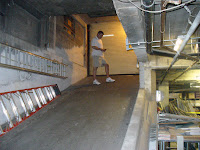 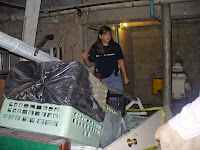 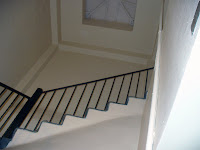 Next was the stair case with its own interesting story. This is the stairs that Leone Jensen climbed to get to the rooftop where she plunged to her death. People have reports seeing a female figure floating down the hall on the 7th floor, and then moving up the stairs where it disappears. 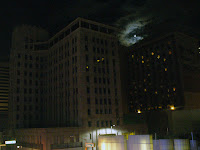 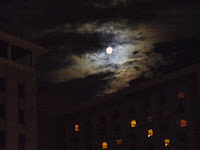 Afterwards we decided to take another swim before the pool closed. The moon looked particularly creepy that night, especially next to the abandoned building across the street. 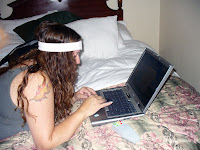 After a cool swim, we went to our room to conduct the experiments that Autumnforest had planned for us. No our good friend is not having a Flash Dance moment; it is just one of her experiments. There is a magnet in the band. She will explain more about all the experiments and results on her blog. (Investigation Hotel San Carlos Phoenix)   We did pick up some voices on our recorder and someone touched my foot while I was trying to sleep. 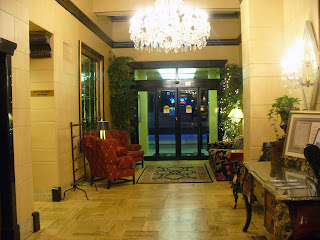 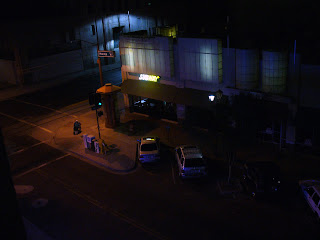 the mean streets of Phoenix from our room...
Don't know what that dude in the wheelchair is up to... 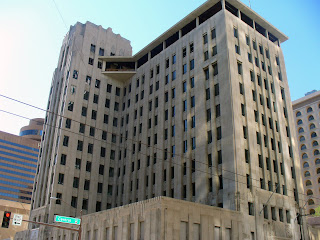 Abandoned building across the street from the hotel used to be a hotel or bank. 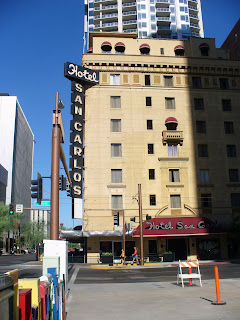 Hotel San Carlos in the morning. 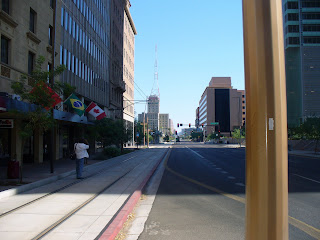 Looking down Central Avenue from the hotel.

*Check out Mike’s post on the history and haunts of the Hotel San Carlos:
http://above-the-norm.blogspot.com/2009/02/haunted-phoenix-san-carlos-hotel.html
haunted places hotels