The Jail Tree Man and Me 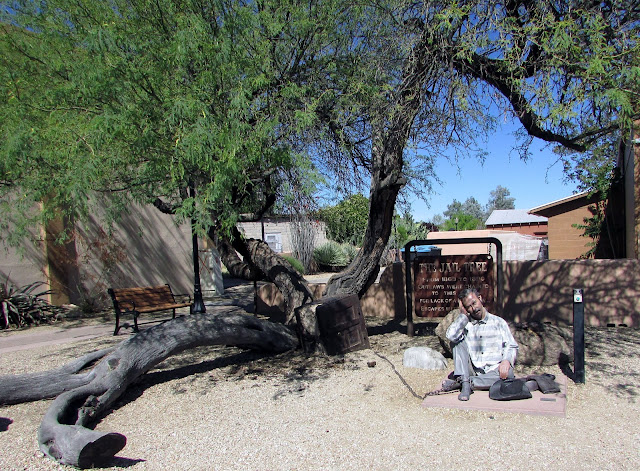 I met a new friend in Wickenburg, AZ.  He was chained to a heavy safe under a shady tree.  I tried to make his stay more comfortable by rubbing his shoulders and offering him some iced coffee.  I also told him that Sharon and I were heading off to Stanton to do a ghost investigation.  For the most part he seemed bored and unimpressed.

In the middle of the city of Wickenburg, AZ, sits a 200 year-old mesquite tree known as "The Jail Tree".  The tree once served as the town jail where from 1863 to 1890 outlaws were chained to it and kept there until they were transported to the nearest jail in Prescott.  There were an unknown amount of escapees who were able to remove the chains and get away. 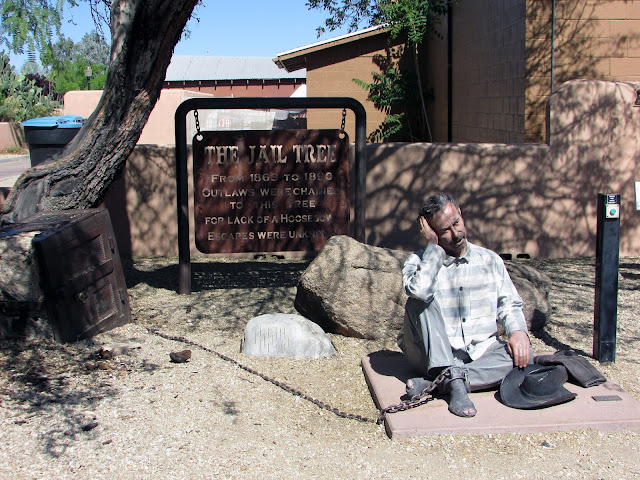 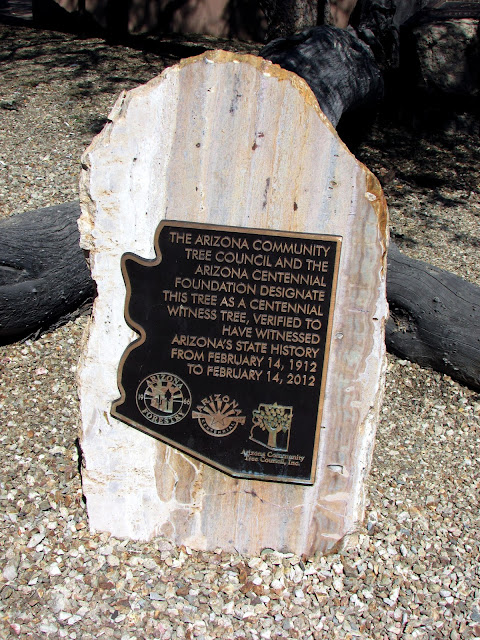 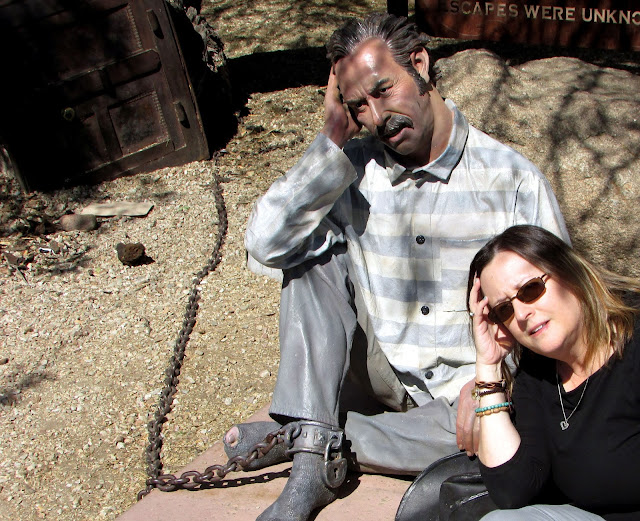 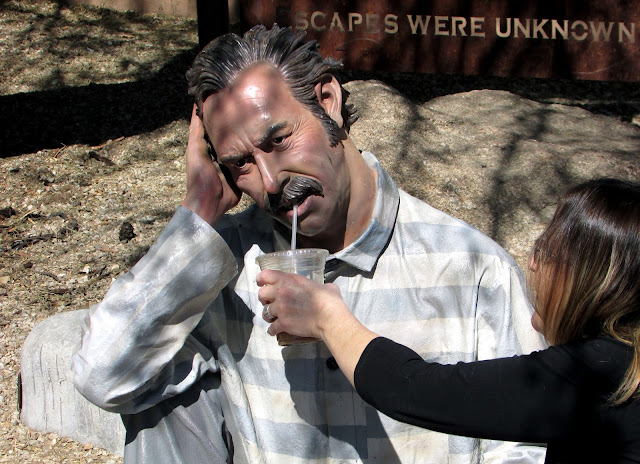 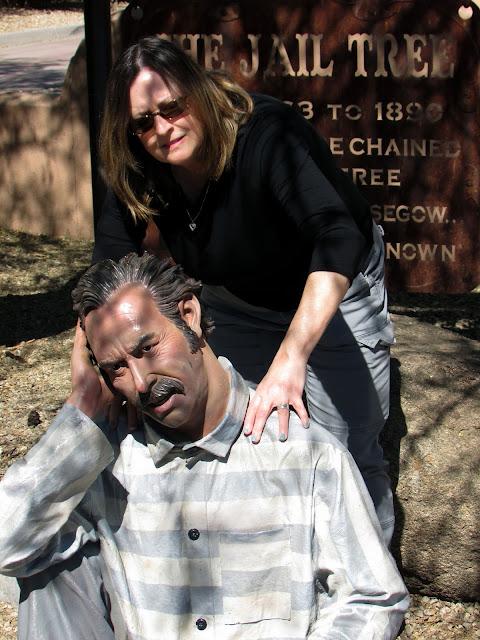 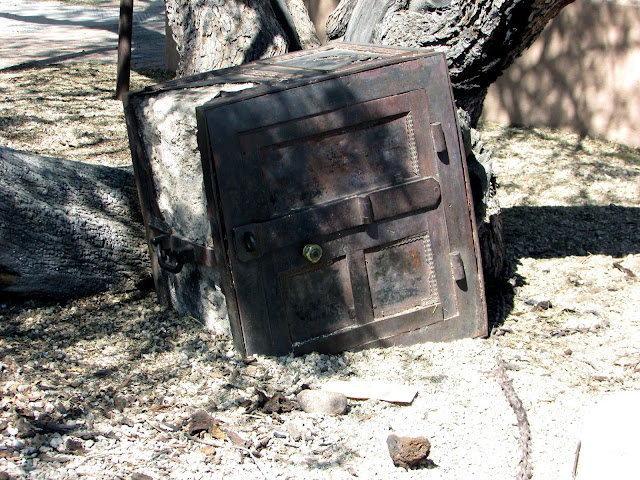 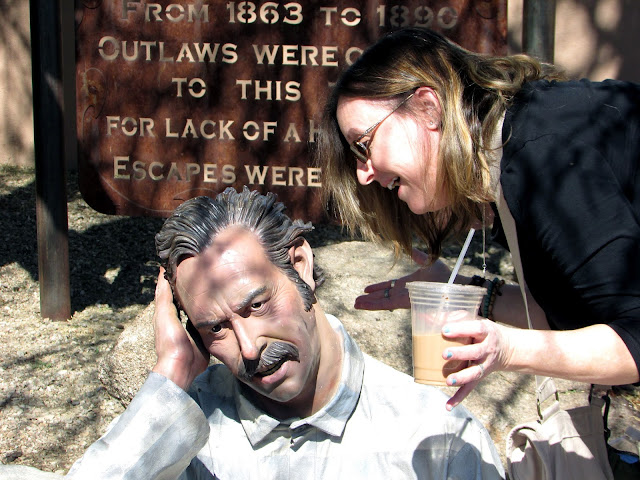 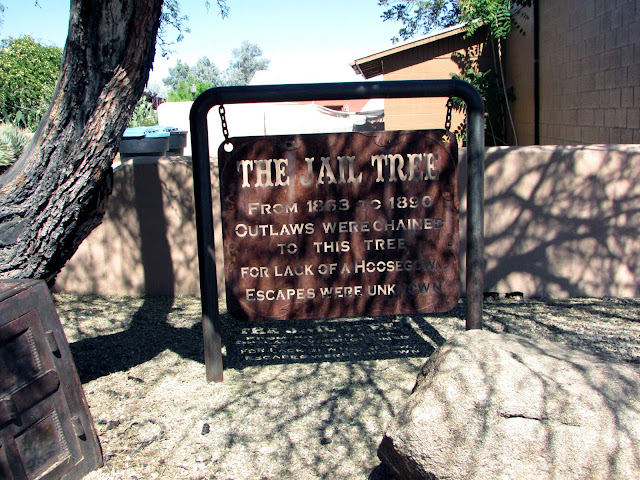 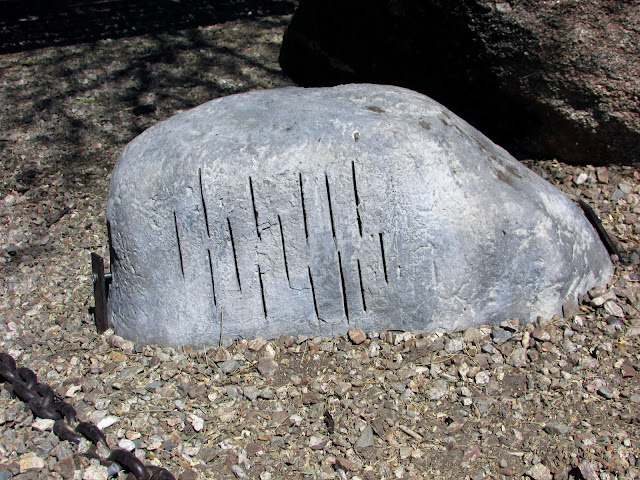