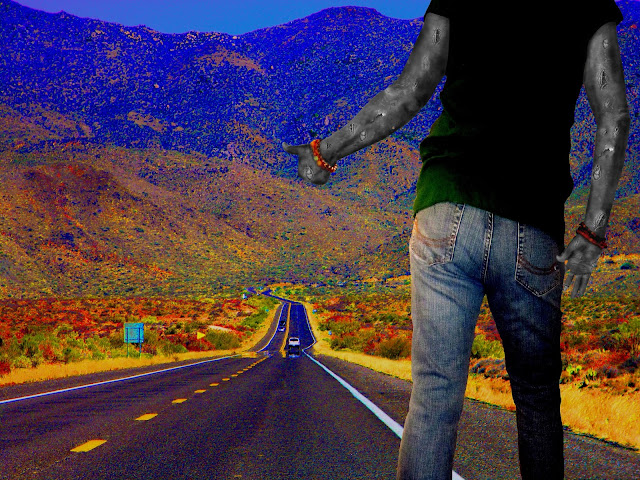 Arizona highways seem to go on forever in some parts of the state. It is hard to not let your mind wander while traveling to your destination. Along the way you might run into a hitchhiker or two. Most of them are real live people needing help getting to their journey’s end, but there is one near the community of Anthem north that appears to be a phantom hitchhiker. Anthem is located north of Phoenix on Black Canyon Highway (Interstate 17). A shadowy male figure has been seen along the highway holding a lantern. The Anthem Hitchhiker is the name he was given because of the location people have laid their eyes on this ghostly figure. He appears to be waiting for someone to give him a ride but one big problem; he is a ghost and has been dead for years.

The story told of this unlucky gentleman was that he was hitchhiking and hit by a car on that very spot. He was on his way to Phoenix, but never made it. Now he can be observed on the side of the road with his lantern trying to get a ride. Those who have dared to offer him a ride has pulled their vehicles over just to witness him evaporate into thin air. Others who were not so brave would quickly drive by and look in their rear-view mirror only to see him disappear before their eyes. If you are ever traveling on Interstate 17 near Anthem when the skies are dark and the moon is out, beware of the phantom hitchhiker.
ghosts highways