The Ghost Bus of Union Pass 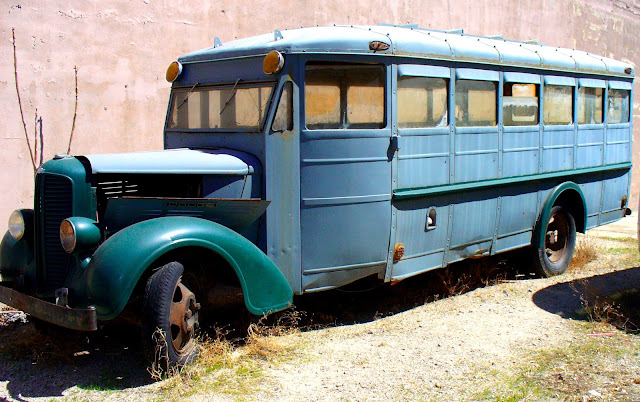 The Ghost Bus of Union Pass has been seen by many who travel on U.S. Highway 93 from Phoenix to Laughlin, Nevada. It was in July of early 1990’s when Bus 777 with its 48 passengers headed off from Phoenix to Laughlin. They were excited to relax and do some gambling at the casinos. The driver took U.S. Highway 93 and headed north to his destination. After a brief stop in Wickenburg they continued on but had bus problems along the way. It overheated when they stopped in Wikieup and the driver wanted to wait for another bus. The passengers were eager to start gambling and encouraged the driver to push on. By the time they got to Union Pass the bus broke down. The 48 passenger pushed the bus up the hill, quickly got in, and rode the bus down. One witness said the bus was flying at a hasty pace and disappeared behind a hill. Bus 777, its driver, and passengers were never heard from again. The police were puzzled by the scene of the accident because they found no skid marks or any indication that a disaster of any kind occurred in that location.

Three years after Bus 777 disappeared; people driving along Highway 93 have reported seeing a phantom bus near Union Pass. Usually the witnesses were on the highway at night, traveling between Wickenburg and Wikieup, and noticed headlights rapidly approaching their vehicles. The driver would honk and was afraid of being hit by the oncoming bus. To their shock and surprise, the bus lapses through their automobile, causing the driver and their passengers to scratch their heads in wonderment. Perhaps while you are traveling on Highway 93 near Union Pass, you might come across the ghost bus too.
ghosts highways vehicles