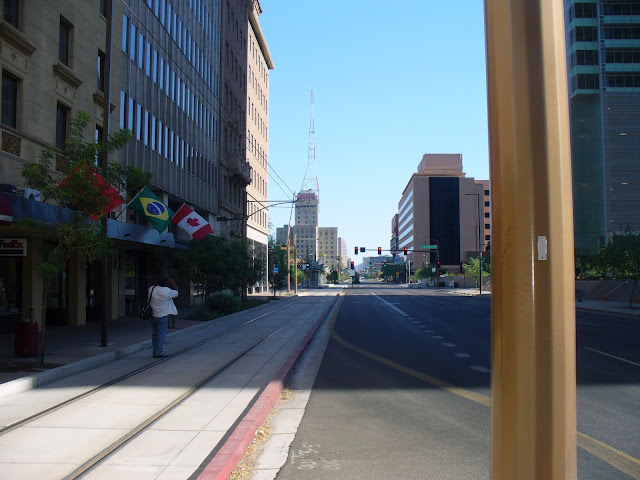 Underneath the asphalt streets and dirt lots in downtown Phoenix AZ, lies a historical surprise.  While digging the grounds on Washington and First Street for a future Fry's grocery store, they found Native American ruins that may have been constructed about 2,000 years ago.  This find put construction on hold for a few weeks until they clear the site of all its artifacts.  They said there was lots of interesting items hidden in the dirt.

The lot used to be the Hohokam fire station and now a Fry's will occupy the space.  The digging for the store unearthed brick structures and ceramic pottery shards.  They figured that the land was once lived on by the Hohokam people over 1,300 years ago.  Today the Hohokam are known as the Pima Tribe.

The initial Phoenix fire house was constructed on that spot in 1894.  It was torn down in 1915 and a fresh new fire house was erected in its place.  In 1953, that building was demoed and the property stood vacant for years until the recent development.