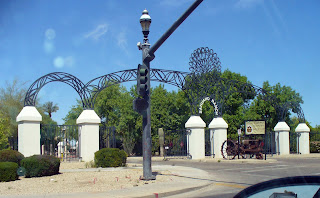 In the historic area of Glendale lies a gem hidden away amongst the tall trees surrounding it. Just north of Glendale Community College on 17 acres is one of the city’s oldest and greatest exceptional ranches known as Sahuaro Ranch Park. The 1885 homestead consists of 13 original buildings, a beautiful rose garden, and barnyard and historic orchards sitting on this well-preserved land is the mists of Glendale. This place is listed on the National Register of Historical Places and referred to as the “Showplace of the Valley”.

The history of Sahuaro Ranch begins in the year 1885 when the Arizona Canal was finished and opened up 44 miles of canals, and about 100,000 acres of desert land for farming and homesteading. In 1886, 36 year old William Henry Bartlett and his brother Samuel became interested in investing in a fruit ranch. They saw the huge market for ranching and started their homestead just north of where Glendale would eventually exist. By 1918, Bartlett had the most prevalent ranches in the area which consisted of over 2,000 acres near Glendale. 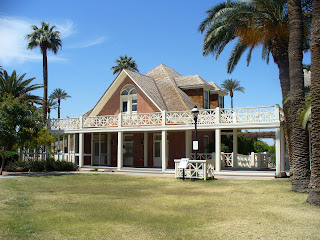 Bartlett had several structures built on the land such as homes for the ranch hands, friends and other family members. The Adobe House was the first to be constructed and was the home of Stephen H. Campbell, who served as the ranch’s first superintendent. The horse barn and blacksmith shop were built next. The ranch had a large array of animals such as horses, mules, cows, bulls and hogs. He added hundreds of varies colors of rose bushes, trees, various types of plants, a large pond with a bridge which takes you to the gazebo on the island. 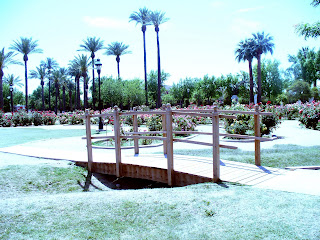 Bartlett was a regular visitor to the ranch but never made it his permanent residence. He did have totally control in every facet of construction or day to day operations of the ranch and its beautiful grounds. By 1890, Harry W. Adams took over as the superintendent and continued to plant fruit orchards and grain crops, under the watchful eye of Bartlett.

On November 8, 1898, Bartlett moved to his family to the ranch after his youngest son, Willie, was stricken with tuberculosis. His doctor told him that moving him to a warm dryer climate would be better for his health. As time went on, electricity was added to the ranch along with an electrical generator to pump water from a well. Automobiles were added in 1905 and used to aid in the work done on the ranch. Bartlett lived on the ranch until his death in 1918.

Sahuaro Ranch Park has seen several owners after Bartlett. P.E. Bradshaw owned the ranch from 1913 to 1927, and then Richard W. Smith bought it in 1927. After Richard’s death in 1944, his son Richard Jr. acquired the exquisite ranch and grounds. By 1966, the mayor of Glendale, Max Klass, partitioned for a federal grant to have the ranch purchased by the City of Glendale. It wasn’t until 1977 when the city finally acquired the ranch making it an historical area. 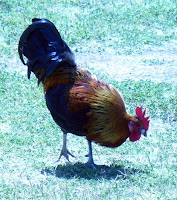 Along with the many chickens and roosters that roam freely around the park, there are stories that some ghosts are wandering around as well. Some have seen the presence of a male ghost hanging around the buildings and grounds of the ranch. Perhaps it is the spirit of Bartlett still keeping a watchful eye on the place. A woman is also known to be haunting the Ranch House and has been seen by some. The story is told that she may have a connection to the Smith family. You do get a sense of the grand history of the ranch and the spirits that seem to be living there as you walk around the grounds. 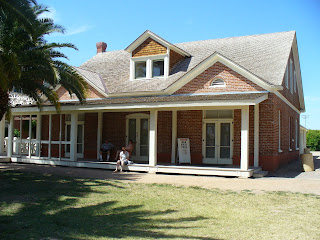 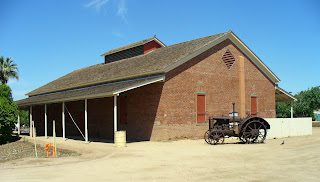 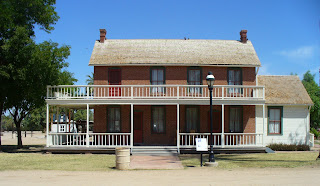 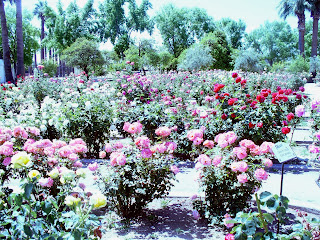