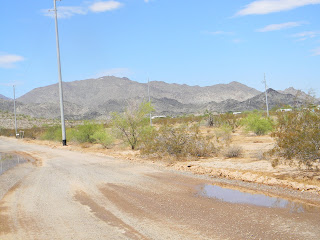 Sitting about 35 miles southwest of Phoenix, Arizona, is the minuscule town of Mobile. With fewer than 100 residences living there, it is also home to several solid-waste landfills and UFO sightings. Just north of Mobile is a private airport where many student pilots receive their training. This desolate town was where the first black community was located in Arizona.

Founded in the 1930’s, Mobile was once rumored to have been named for some of its early African-Americans settlers that lived there and came from Mobile, Alabama. That story was put to rest when records proved the town was named by the railroad companies in the 1920’s. In the 1930’s two railroad cars were used as schools and segregated by color. One was for the white children and the other was for the black children. Many of the African-American pioneers living in Mobile had established a place they called, “Negro Flats” tanks to do all their baptisms. This tank was basically a cattle watering hole in the desert where the other cowboys would stand around and poke fun at their beliefs during the many baptisms.

The town experienced its highest population count around 400 souls in the 1950’s. Mobile was deficient in places of employment, running water and learning accommodations that only offered up till 8th grade education. Many of the residence departed from Mobile leaving it a virtual abandoned town. Now days, this tiny desert town has less than 100 people calling it home. In 2007, it was annexed as part of Goodyear, Arizona with a huge development planned. But with the troubled economy, that plan was put on hold. 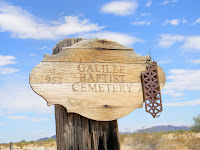 Now when you drive out there you see scattered houses, an abandoned trailer park, and the mounds of landfills throughout the place. Sharon (Autumnforest) and I drove to the small town cemetery. You notice the scattering of headstones standing amongst the dirt of the desert. The sign on the post was made by our very own Autumnforest. Nearby the cemetery is a burnt-out house that perhaps a family used to occupy. Off in the distance is the Estrella Mountains were many UFO sightings have been reported. (Check out my post of the UFO Sightings at Estrella Mountains. )

Mobile may not be much to look at these days, but like all the other small Arizona towns, it is rich in history. 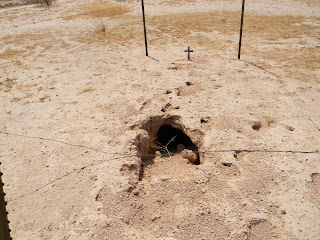 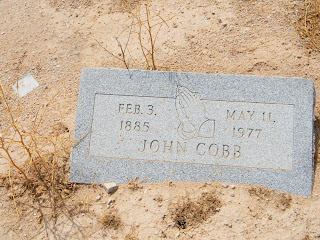 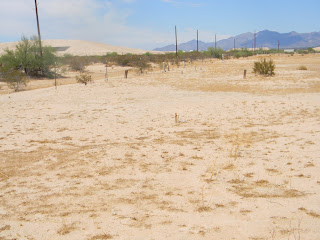 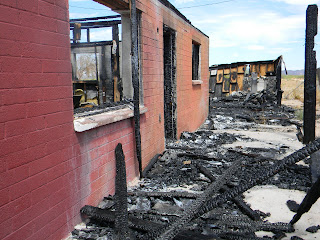 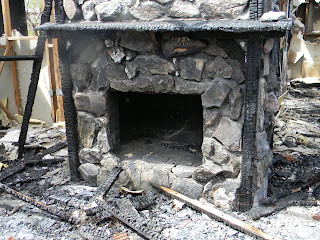 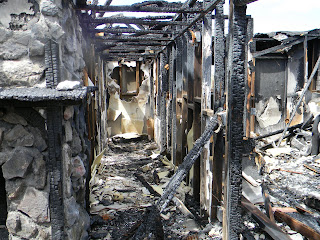