One of my favorite minings towns to visit in Arizona is Bisbee.  The old section and main street of town is set down below the highway.  Many old buildings which line the street are filled with antique, new age stores and other businesses.  Along the main drag are hotels with interesting pasts and several claims of ghostly activity.  I stayed at the Copper Queen Hotel a couple of times and experienced some paranormal activity.  The town's residents homes are high above dotting the landscape, some having over 100 cements steps leading to their front doors.  At night time when you walk the streets, not only are they pitch black but on some occasions, a ghost or two just might be seen wander the streets as well.

In 1877, a civilian tracker named Jack Dunn lead army scouts into the Mule Mountains to look for rebellious Apaches.  They found instead signs of mineral deposits consisting of lead, copper and even silver.  The first mine to be staked, later became Bisbee.  Many claims that were filed, lead to a lot of prospectors and on lookers running to in hopes of striking it rich.  Due to the many claim filings, the town of Bisbee became known as the “Queen of the Copper Camps”.   Because of the growth and increase in population, they needed to meet the basic needs and services of all the people living there.  On January 9, 1902, Bisbee became the City of Bisbee.  By 1910 the city was the largest in the territory, with a population of over 25,000 people.

By 1974 the ore reserves were dry which caused the closing of all mining operations in Bisbee.  With cheap real estate and history, Bisbee drew various types of people, “hippies”, retires, investors or just visitors.  There are many empty homes high on the hills above the main street.  Many stairs lead to those furthest away.  Today, Bisbee is more of an artist’s colony.  The architectural and history of Bisbee has been restored and is keep well preserved.  It’s the history and many stories of seeing ghosts that keep this small mining town surviving through all the hardships. 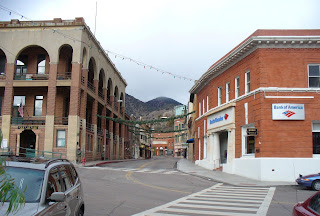 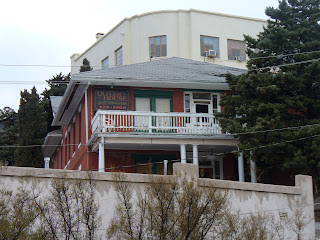 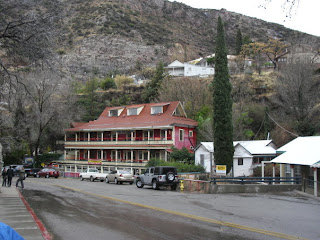 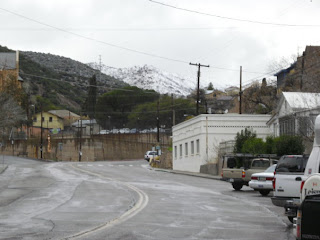 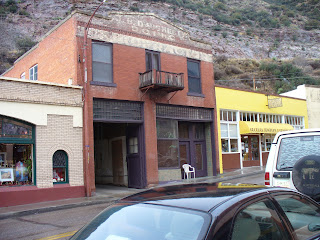 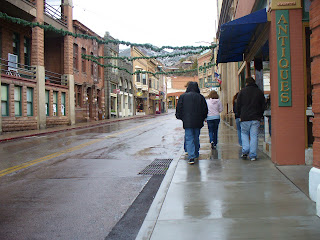 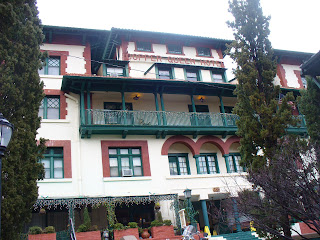