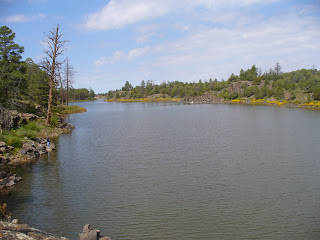 One of Arizona’s most beautiful areas is the White Mountains in the north eastern part of the state.  Many escape the blistering heat of in the summer to cool off in the lakes, streams, and forest of the .  My family and I have been there many times camping and have always enjoyed it.


But inside the pine trees and babbling brooks holds many mysteries.  Could the White Mountains of Arizona be a hotbed of paranormal activity?  There have been many reports of strange and unexplainable incidences not to be ignored.  The local residences have reported seeing ghosts, Bigfoot and UFO’s.

In the 1980’s a camping area known as Diamond Rock Campground had a ghost sighting.  Local camp hosts would use this place as a meeting ground in the evenings to have coffee and cake.  One night they decided to get together and take a photo of the group.  There were about 10 to 12 people in the group.  When the picture was developed, the photographer noticed a woman in the photo standing behind the group. No one saw her come up to the group and leave it afterwards.  There was no explanation for why the woman was there or how she ended up in the picture.  Others have reported seeing a female ghost in that area, just walking around like she was lost.


Along with the ghost lady, many have claimed seeing Bigfoot too.  While in search of Bigfoot, investigators have found footprints, hair samples, and other unusual information in an area where a sighting was reported.  The hair and plant samples were sent to a lab for analysis where it was concluded that the hair was “non-human animal origin”.  The cast of the footprint became famous and known as the “Skookam Cast”.

In the Diamond Creek area more unusual footprints were also found.   They were not as pronounced in shape as the “Skookam Cast” but enough to say they were worth looking at and doing castings of the images.   In the surrounding areas, many have reported seeing a large, black, hairy, man-like creature standing in the pines.  Only some have come in contact, but most of the reports are of sightings of the creature just standing or moving amongst the trees.

Bigfoot and ghosts are not the only things that have been reported in the White Mountains, UFO sightings happen there as well.  Most of the reported sightings we don’t hear about but the Travis Walton story is the most famous to come out of that area.


On , logger Travis Walton was working in the with a crew, when he claimed to have been abducted by a UFO.  An intensive search was done with accusations of misconduct towards the logging crew was hurled at them.  After five days, Travis appeared, naked and confused on what happened to him.  His case still remains as one of the best known instance of an alleged alien abduction. 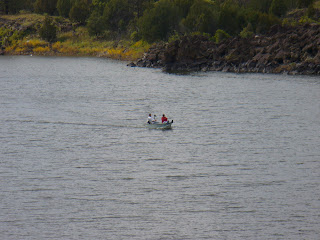