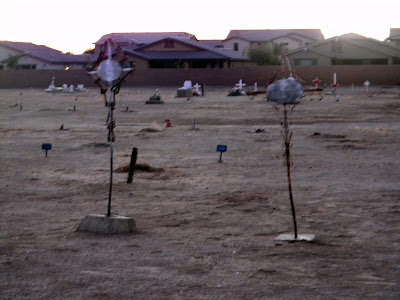 It is hard to believe that the last time I laid eyes on this old west cemetery was in 2010.  Last week, Sharon and I decided to travel east and revisit some of the places we had not seen in two or three years.  We decided to hit the Goodyear-Ocotillo Cemetery at sunset to get the full eeriness of the place.  We were joined by a full moon which lent to the creepiness of the cemetery.  People have witnessed seeing apparitions and hearing strange sounds while inside the brick walls of the hallowed grounds.  We didn't have any paranormal experiences, but was able to take many wonderful pictures.


Embedded in the wall and near the entrance of the cemetery is a plaque which reads: “The small plot of land in the east valley, Phoenix, was designated a cemetery by the Goodyear Tire and Rubber Company of Akron, Ohio. Goodyear owned and farmed the surrounding acreage from 1916 until 1943. Goodyear workers and their families are buried there. Local oral history indicated burials
may have predated 1916. Preserved and signed by Fulton Homes, 2006.” 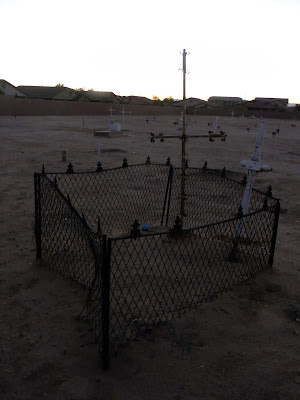 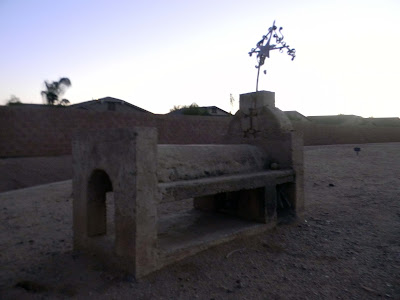 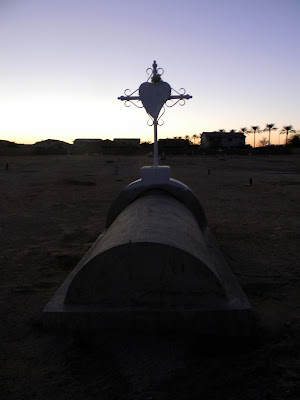 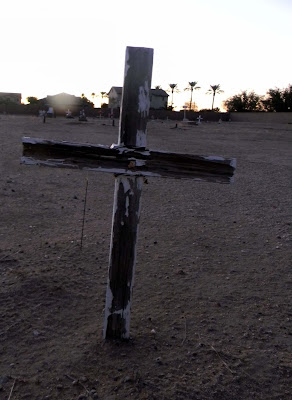 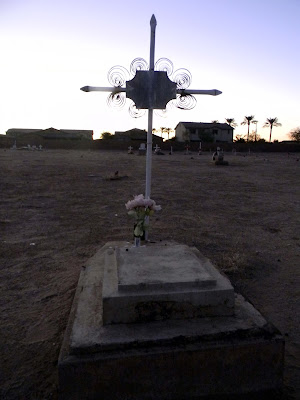 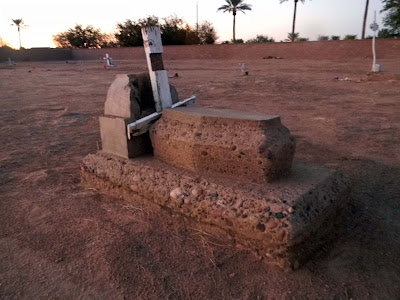 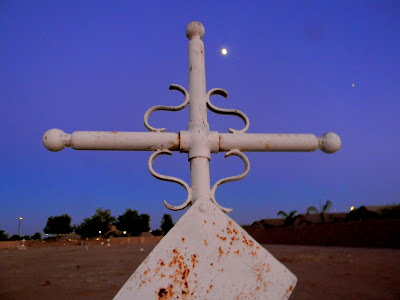 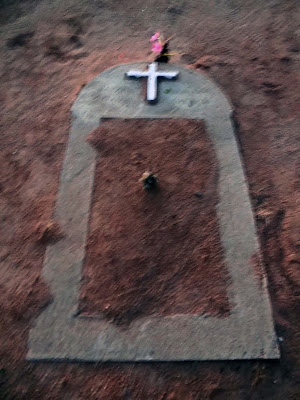 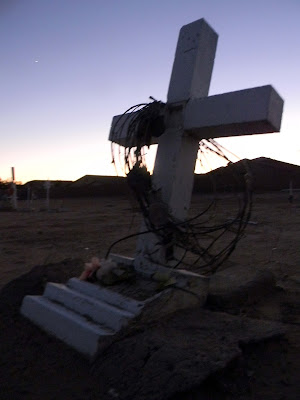 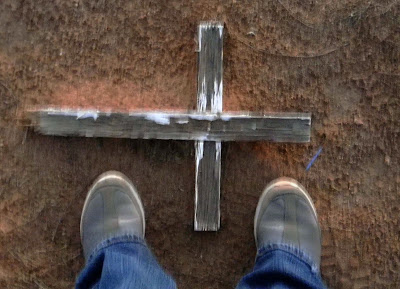 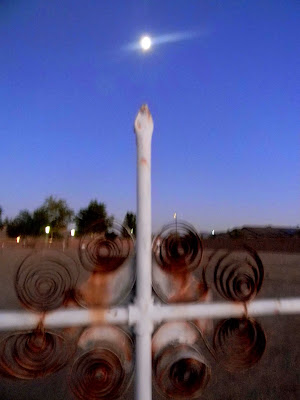 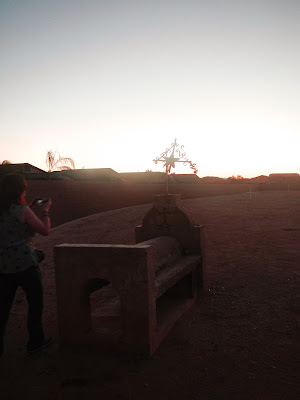