- November 25, 2013
Our recent visit to Superior, AZ was a happy occasion.  Two of the abandoned buildings we love to photograph are getting a renewed life.  The Magma Hotel was built in 1912 of brick and adobe.  The MacPherson's Hotel Magma next door was constructed in 1923 of red brick.  Both are enormous two-story hotels and were full of activity when the mines were prosperous.  When the mines closed in 1981, both hotels suffered and eventually shut their doors for good.

Today, the new owners are renovating both hotels and breathing life back into these historic structures.  We were told that the adobe Magma Hotel will only keep two of its originally exterior walls, the street side walls.  The red brick MacPherson's Hotel Magma's all four exterior walls will be saved.  Both places will be gutted and completely renovated back to their former glory.  Sharon and I have talked about staying a night at one of the places whenever they open their doors once more. 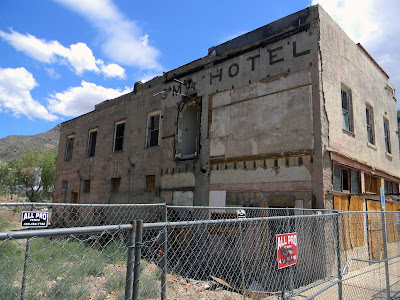 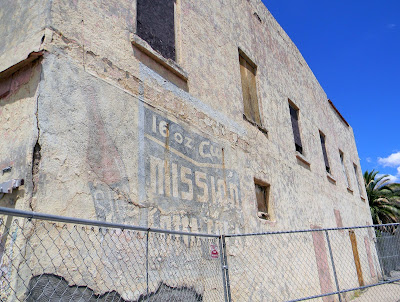 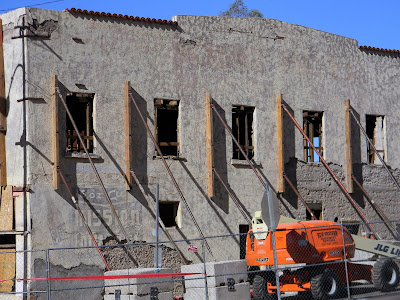 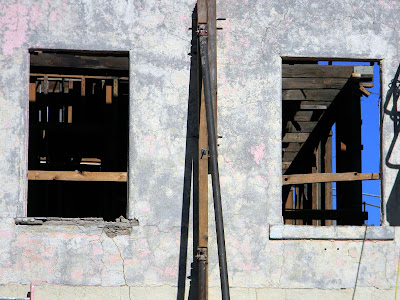 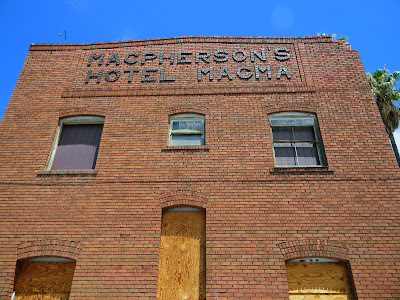 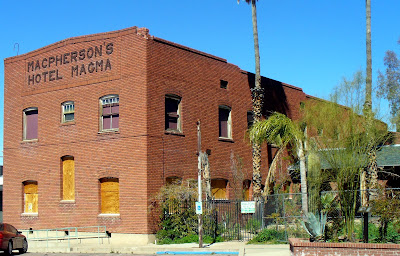 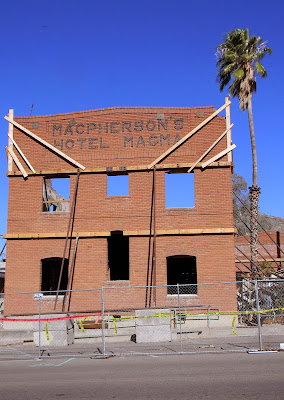