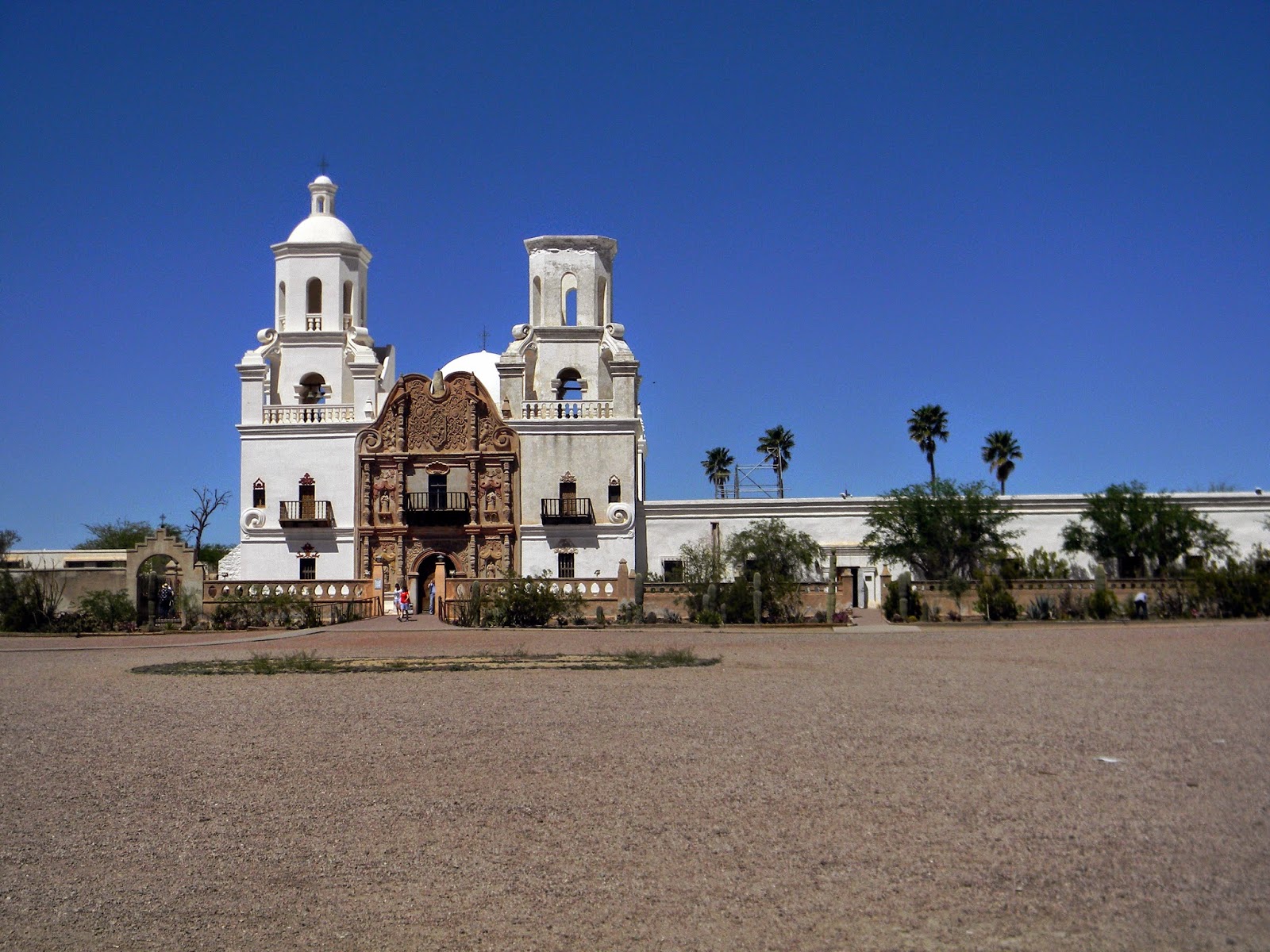 Originated in 1692 by Father Eusebio Kino, the San Xavier Mission started assemblage in 1783 was finished in 1797.  This mission is known as the “oldest intact European structure in Arizona” and chock-full of amazing one-of-a-kind statues and mural paintings.

San Xavier Mission is called the “White Dove of the Desert”, and can be found 9 miles south of downtown Tucson and is precisely located a short distance from Highway 19.  They don’t charge for your walking tour back through time.  The mission has seen thousands of people wander its massive grounds and structure.  The façade is Spanish Colonial with interesting carvings on its walls and trim.
The main house of worship was funded by Franciscan missionary Father Juan Bautista Velderrain who was able to obtain a money loan by a Sonoran rancher.  Most of the workers were from the Tohono O’odham (desert people) tribe.

(The following is from their website)  “Following Mexican independence in 1821, San Xavier became part of Mexico. The last resident Franciscan of the 19th Century departed in 1837. With the Gadsden Purchase of 1854, the Mission joined the United States. In 1859 San Xavier became part of the Diocese of Santa Fe. In 1866 Tucson became an incipient diocese and regular services were held at the Mission once again. Sisters of St. Joseph of Carondelet opened a school at the Mission in 1872. The Franciscans returned to the Mission in 1913. Recently, Mission San Xavier became a separate nonprofit entity. It remains a testament to the endurance of culture throughout our history.”

In 1887, a strong tremor shook the mission causing the mortuary to collapse and lots of destruction to various areas of the church.   They started major overhauls in 1905 with more after 1939 after the west tower lantern was struck by lightning.  Preservation of this massive structure and towers continues today.  There are rumors of a curse on those who have done any construction on the unfinished tower.  After fixing the columns, they all meet with an untimely death.   Interesting…

I have seen this mission and it is something to behold.  It is immense with fabulous carvings, statues, paintings, and gardens.  If you are ever near Tucson, you need to put San Xavier on your list of must-sees. 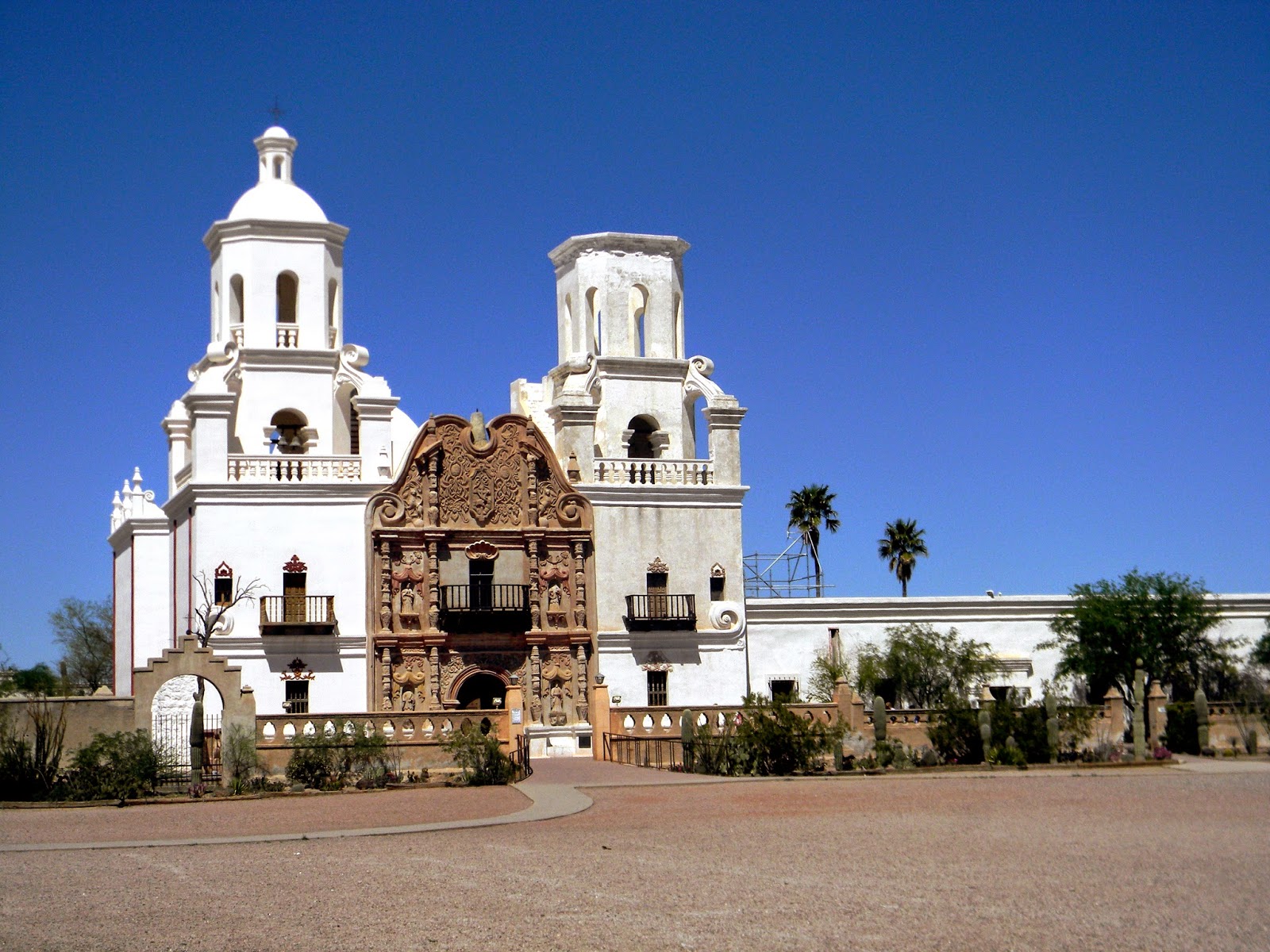 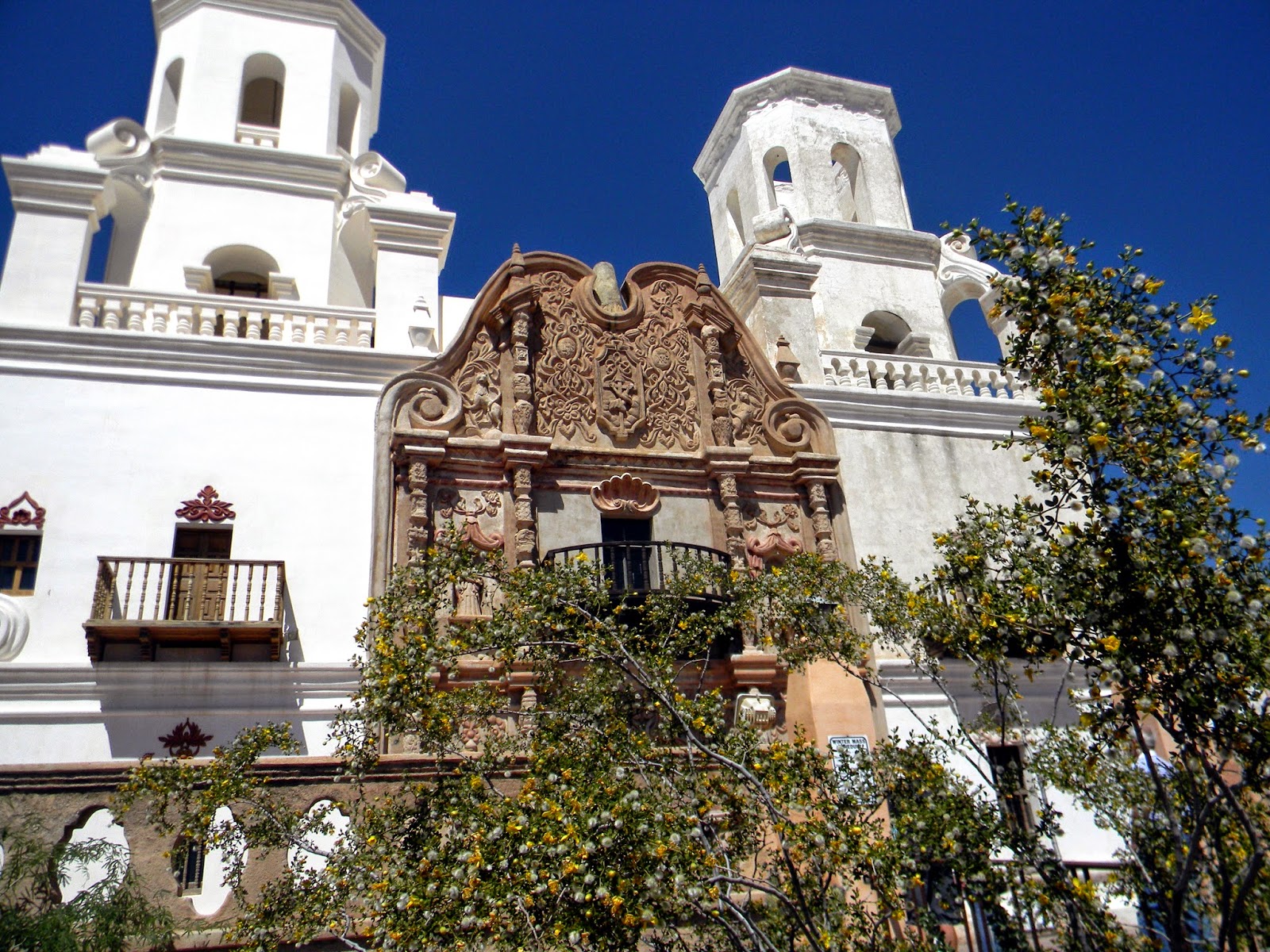 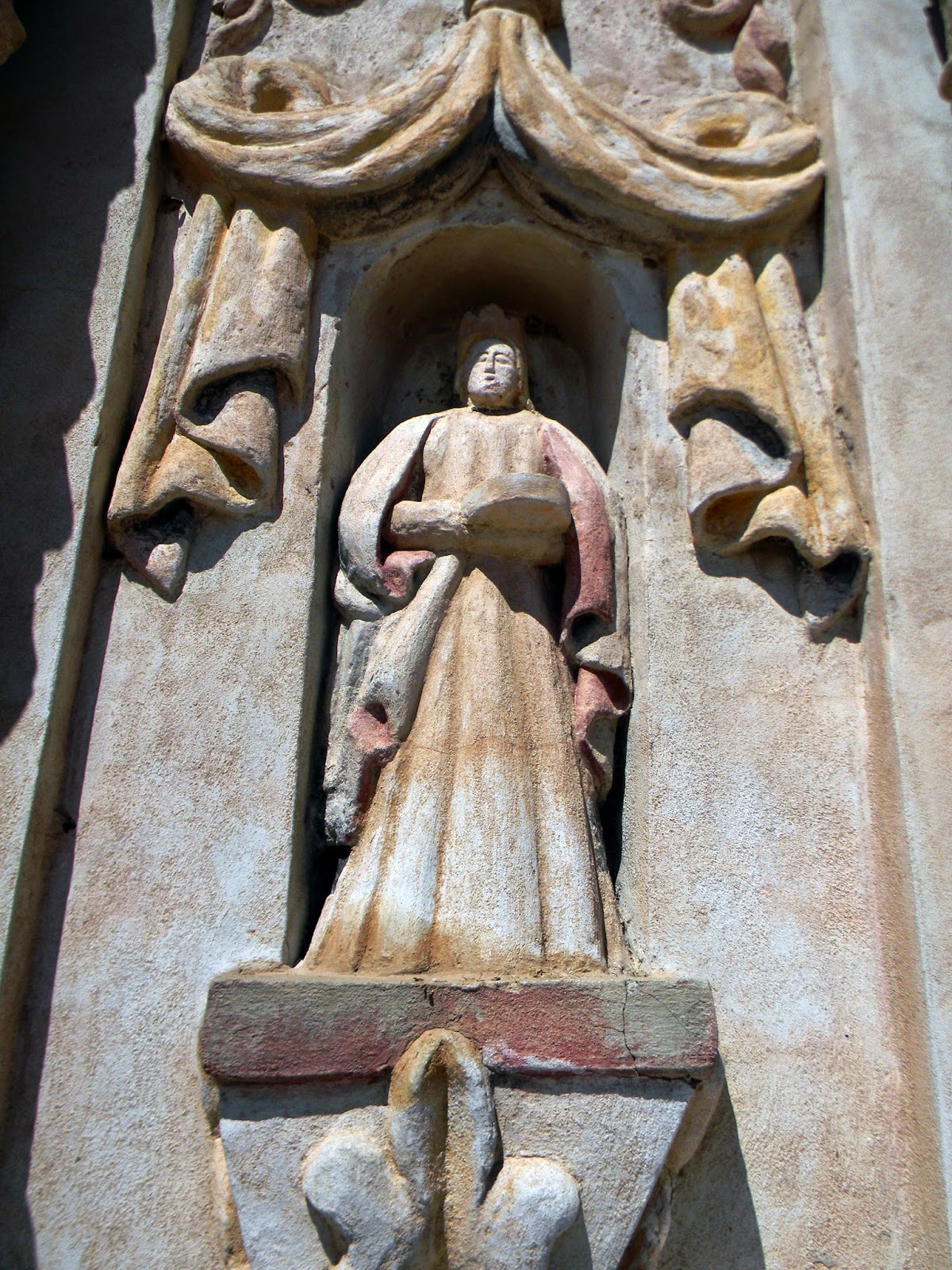 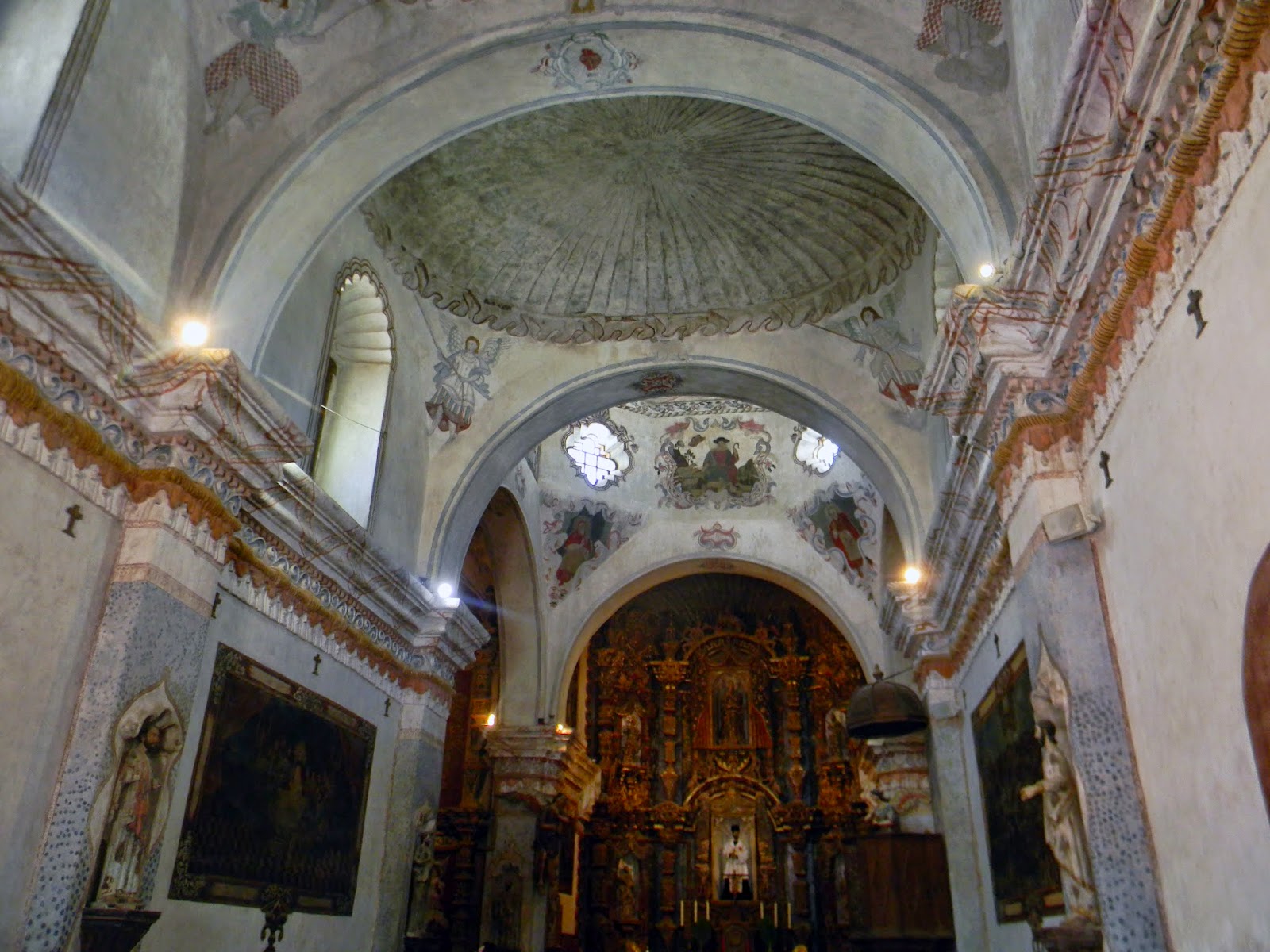 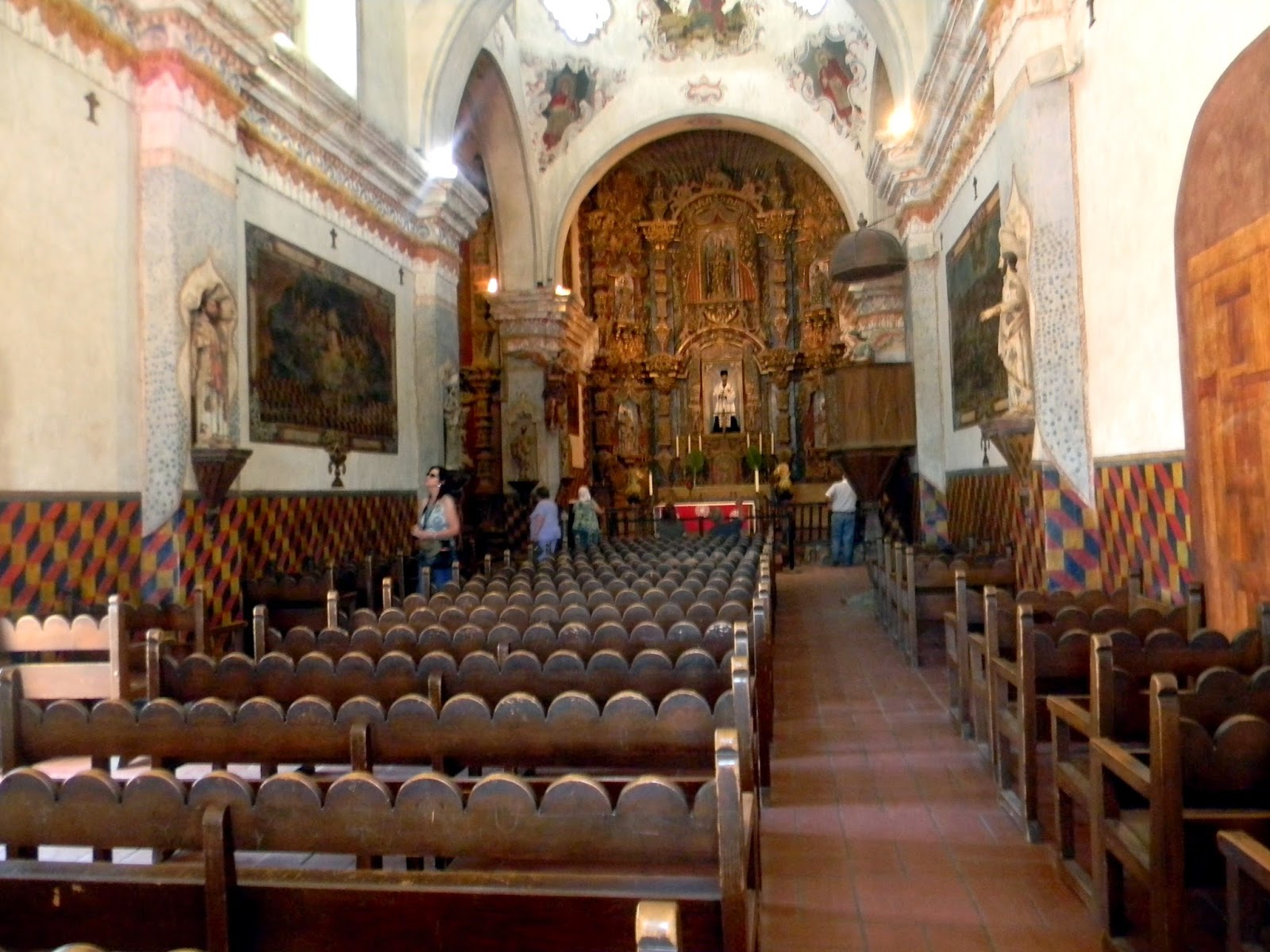 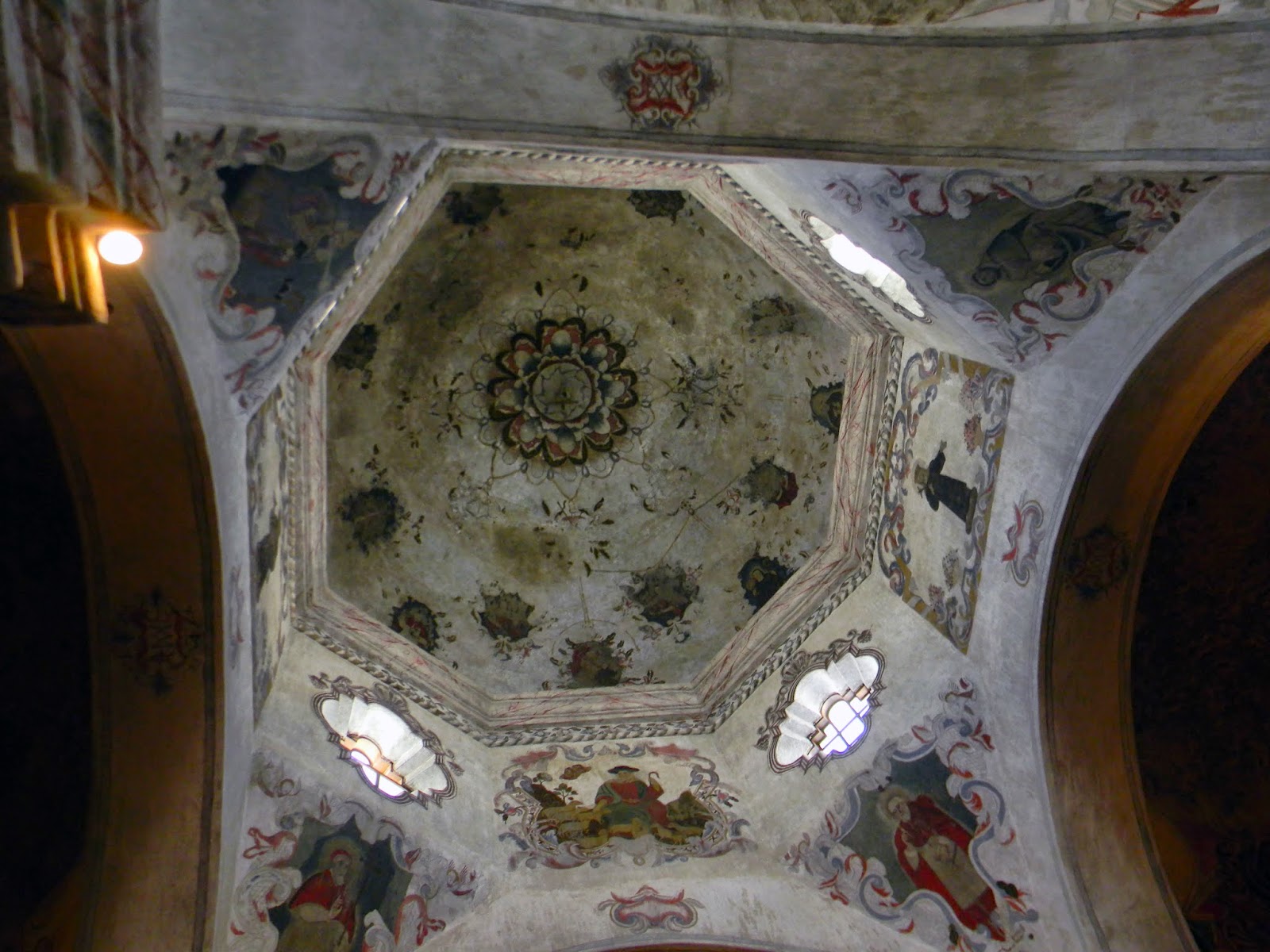 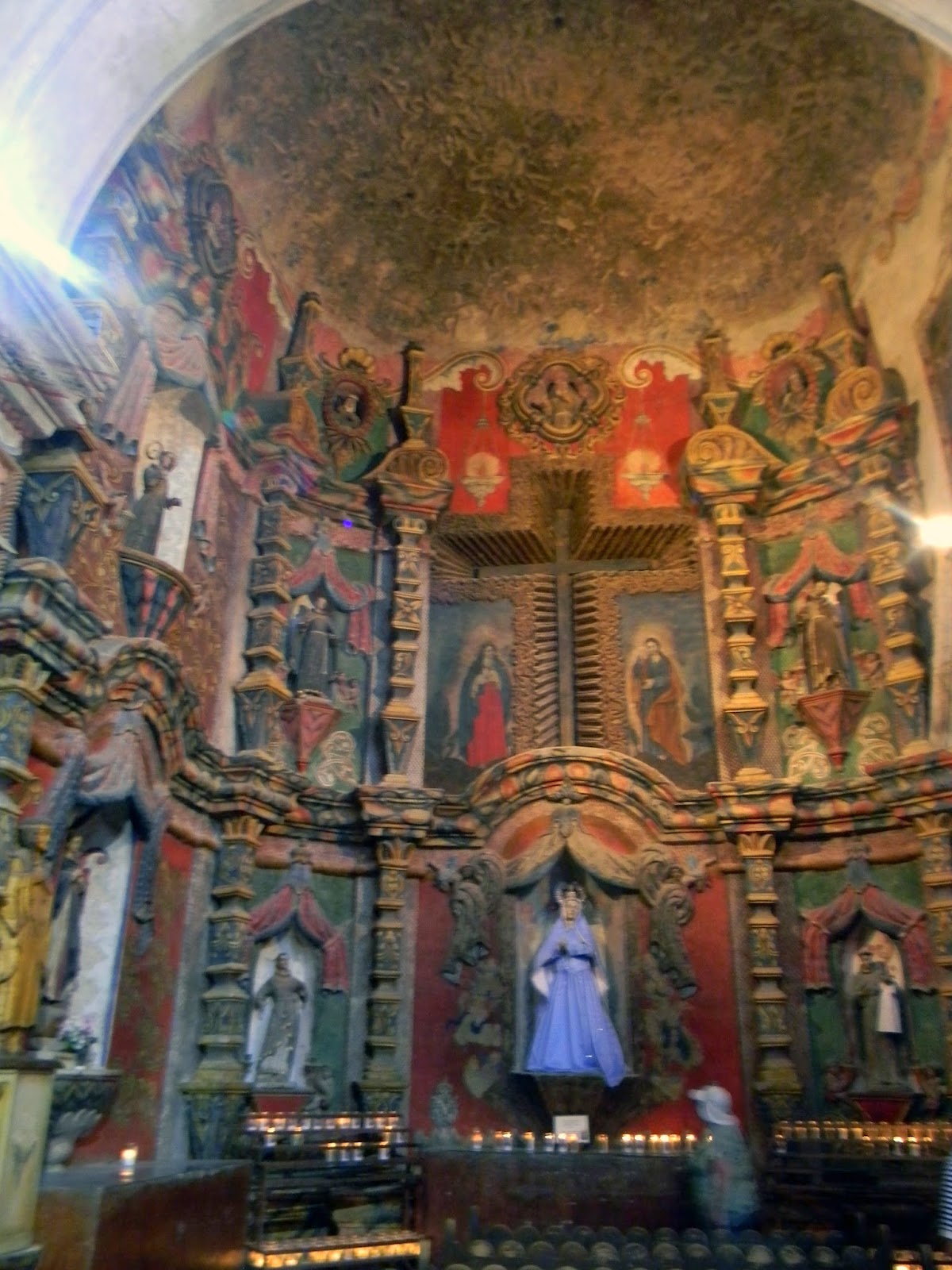 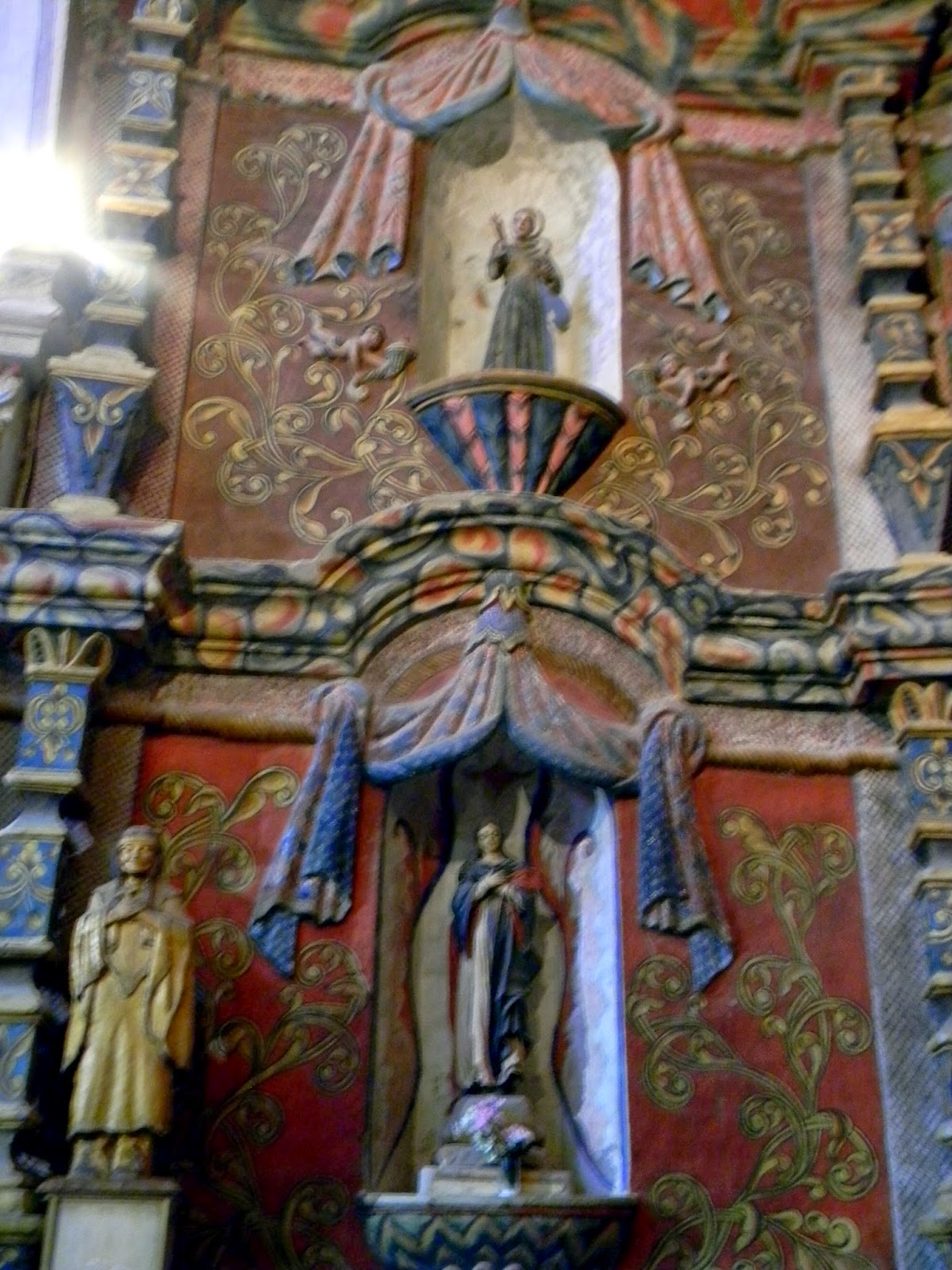 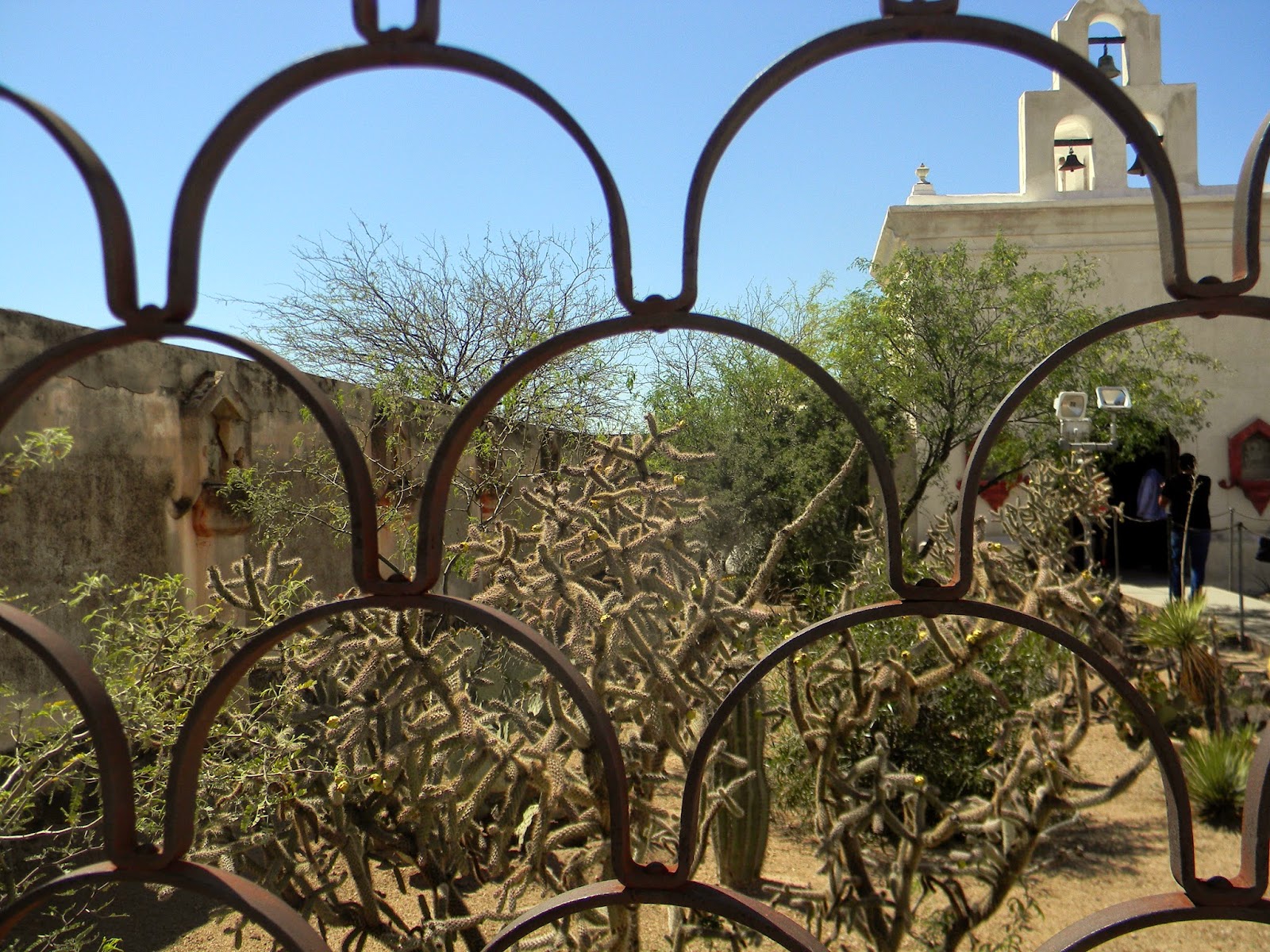 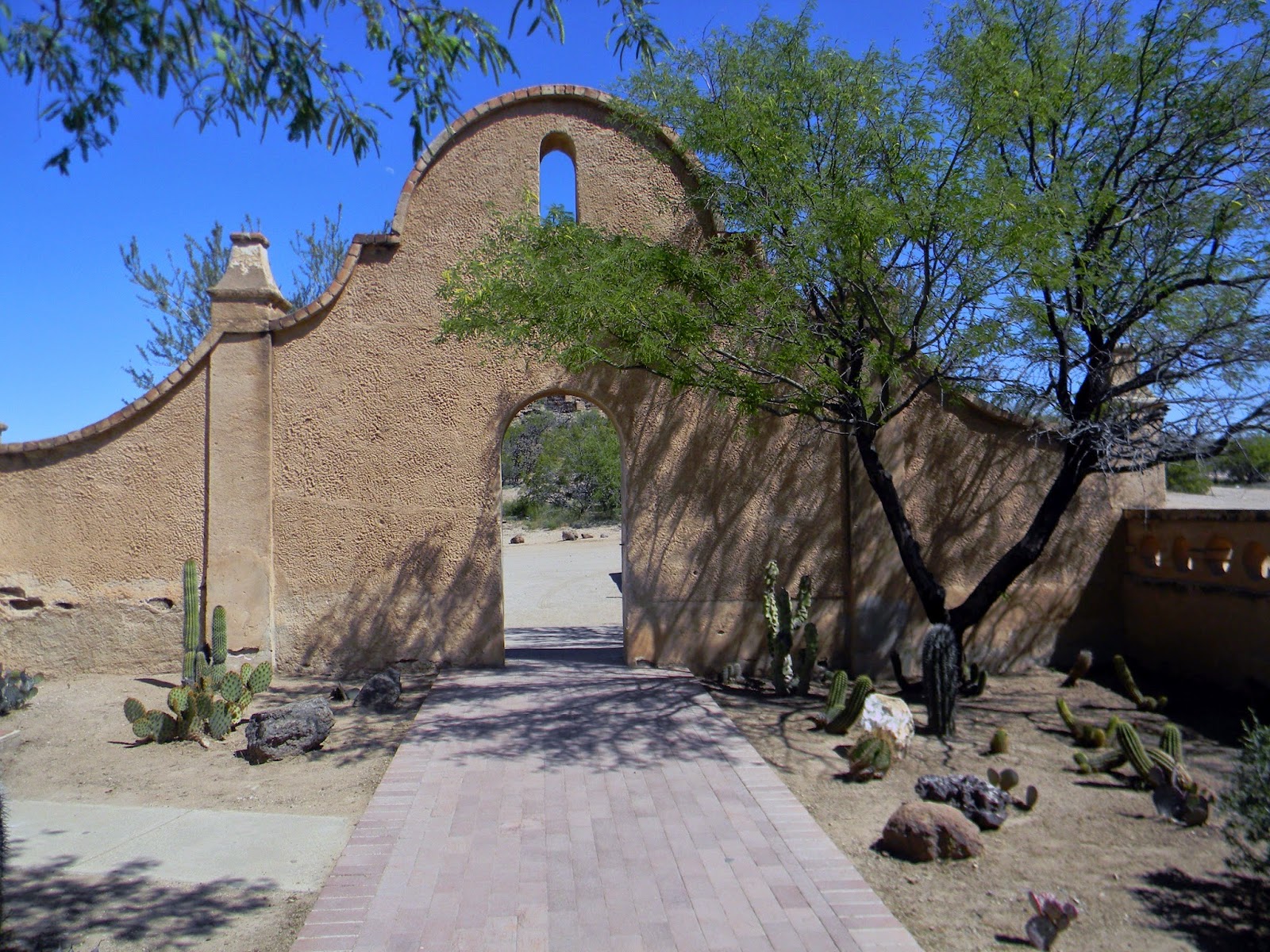 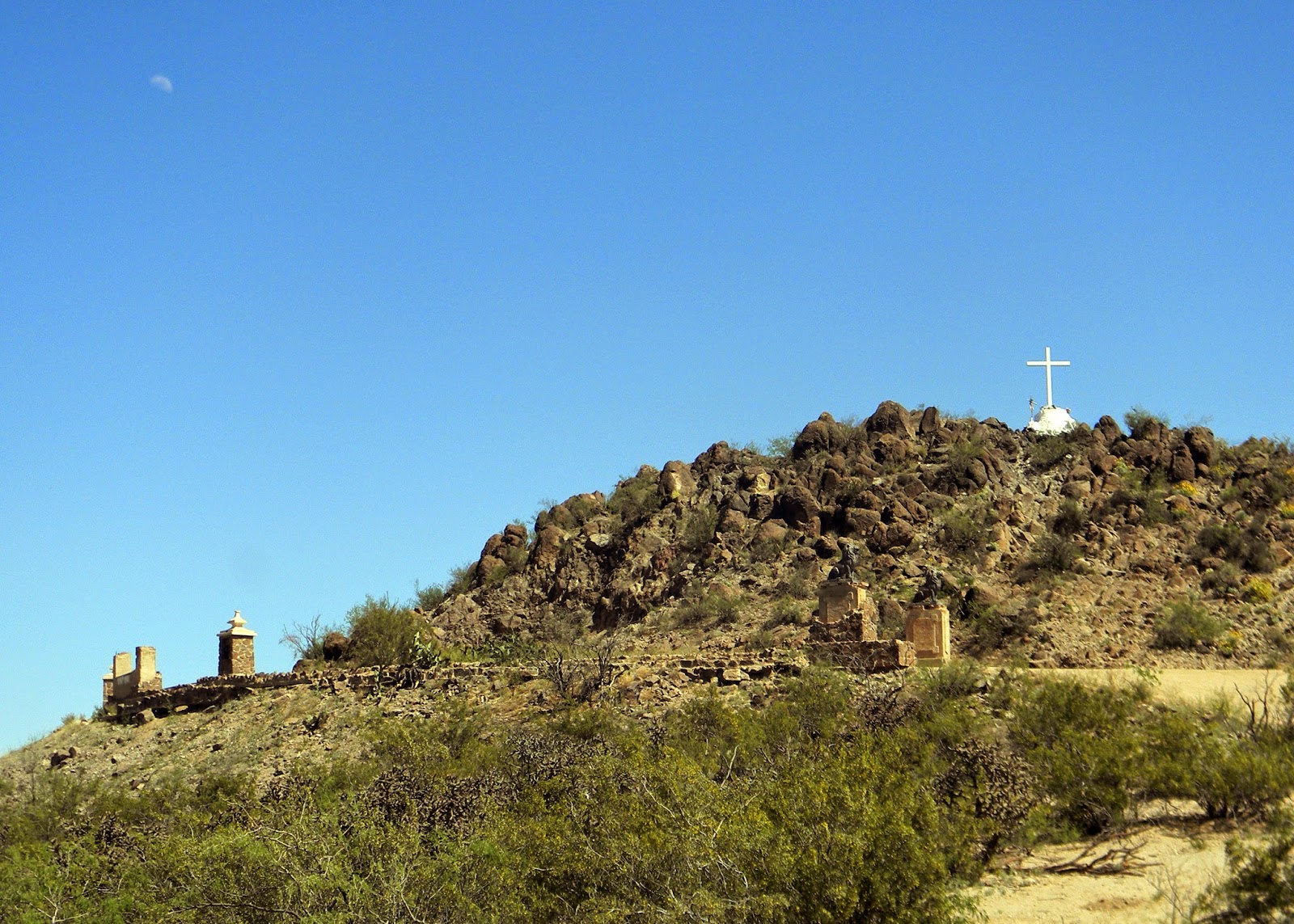 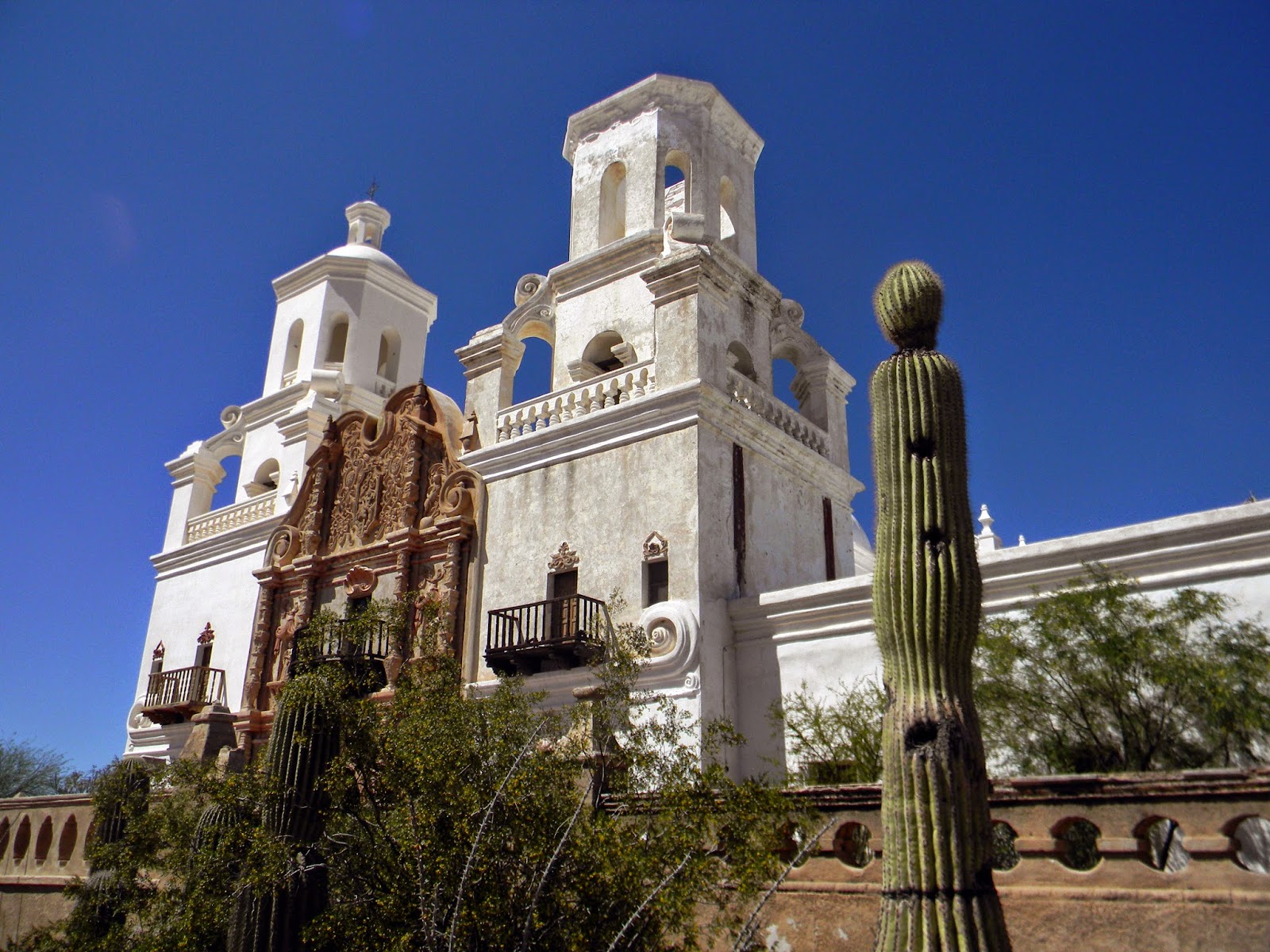