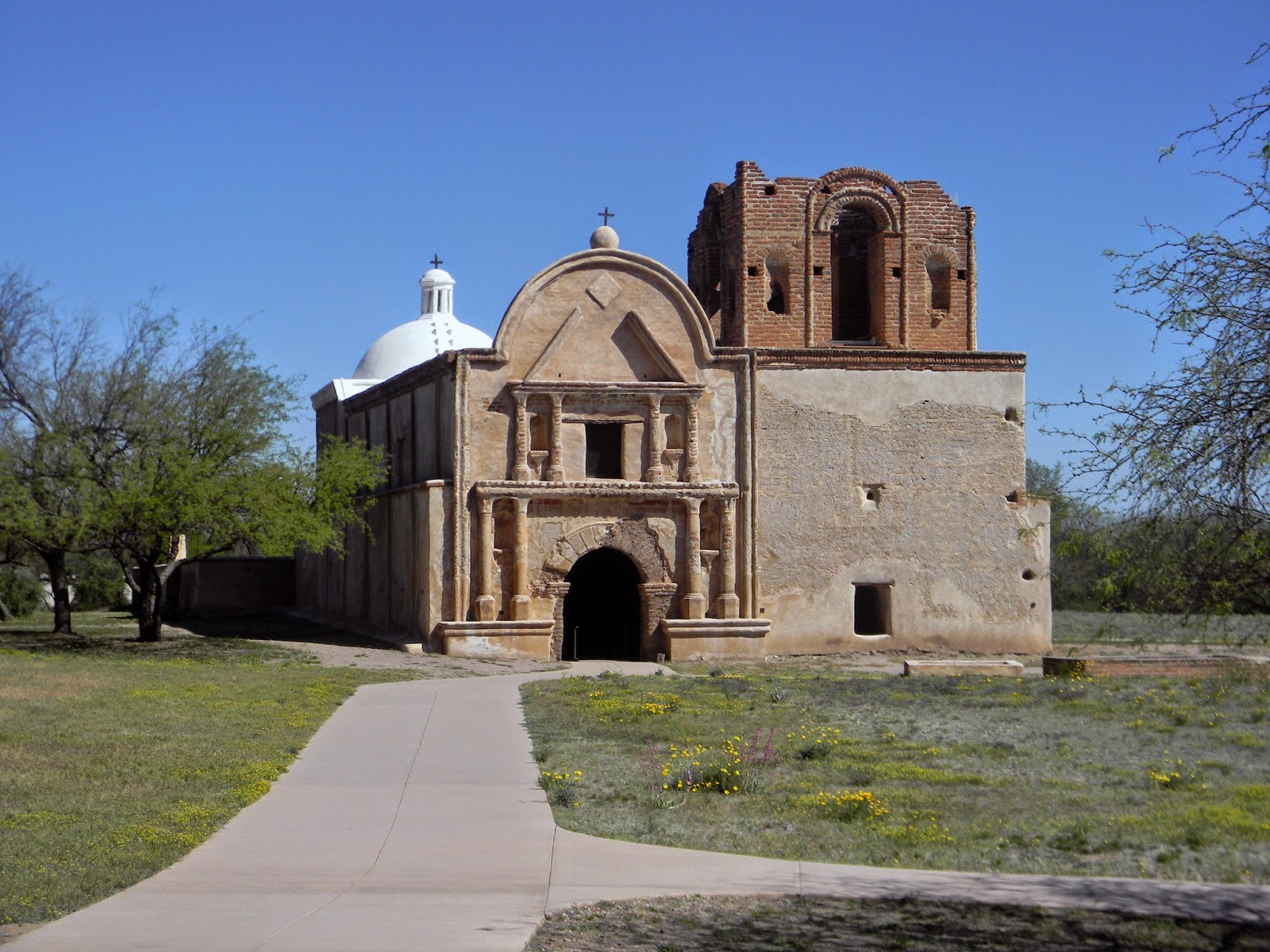 The Tumacacori (Tuma-cock-cori) Park and mission are situated about 4 miles south of Tubac in the upper Santa Cruz River Valley.  The park encompasses about 360 acres and is split up into three different areas.  Inside the park's grounds sits the Spanish mission ruins, other ruins, and the museum which is housed in a 1937 building.

The first mission was constructed by Jesuit padre Eusebio Kino in 1691.  It was built on the east side of the Santa Cruz River near the O’odham or the Sobaipuri communities.  They called this the Mission San Cayetano de Tumacacori and it was the oldest Jesuit mission found in southern Arizona.  Just following the 1751 Pima uprising, it was moved to its present location given the new name of San Jose de Tumacacori.  After the mission was left neglected and empty for years, by 1848, it started crumbling down and was in poor condition.  In 1908, the mission started getting the renovation and steadiness it badly needed after then President, Theodore Roosevelt proclaimed the mission to now be the Tumacacori National Monument.  In 1990, the Tumacacori National Historical Park was born and the mission became part of it.

Today, you can take a walking tour “in the footprints of the past”.  It will cost $5.00 for the tour and is well worth it.  You then step outside and can’t help to see the immense mission with its overwhelming presence.  You can take your time and enjoy all the impressive carving, paintings, and ruins inside and around the mission.