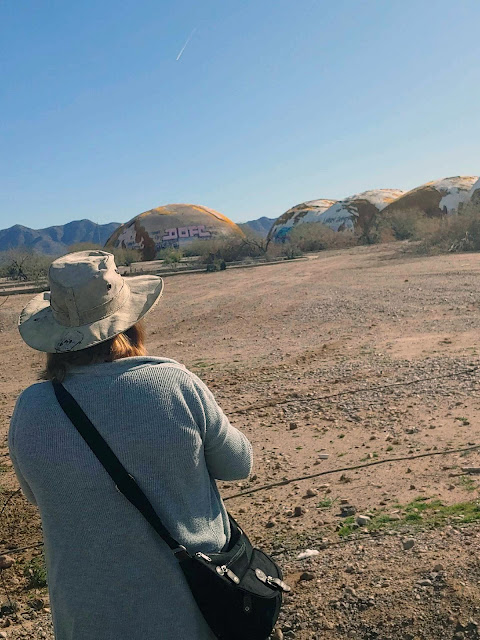 It has been about 7 years since Sharon and I went to the Domes in Casa Grande, AZ. We did drive by in between 2012 and just recently, but people were hanging around so all I could get was a couple of outer pictures. When I first saw the Domes was in 2010. We were able to get inside to get pictures and really check out the site. At the time, there were three long "worm like" structures and one that resembled a flying saucer. The sound inside echoed every time we walked or talked inside each dome. The furthest dome showed most of the wear and tear. The roof had big chunks that had fallen to the ground. We were very cautious while inside that dome.

The second time we went was in 2012 and we brought our friend Vinnie. We were able to get inside again and take more photos. It was obvious that they were more damaged by the elements and people who partied inside. We stayed there for a while, took pictures and really check out the domes closely. Not long after that, the owner put the brakes on anyone jumping the fence and going inside. He decided to charge those who wanted to spend time taking pictures and do ghost hunts. The place was known to be haunted. Ghost Adventures did an investigation there.

Since we didn't want to pay, we stayed away from the place. Nowadays, there are more signs reminding you that it is Private Property and No Trespassing. Sharon and I felt the need to go back since we have heard that the majority of the back dome has finally collapsed. Since its demise, the owner no longer allows anyone inside for photography or ghost hunts. He is concerned for everyone's safety. I do have an overwhelming urge to go back and sneak inside to get updated photos. It could happen...

Meanwhile, I took lots of photos of the Domes from the street. You can get an idea of what it looks like. I tried to zoom in on the back dome. You can see that the back portion of it is gone. Here is a post that I did on the Domes in 2010: http://www.echoesofthesouthwest.com/2010/09/secrets-of-domes.html 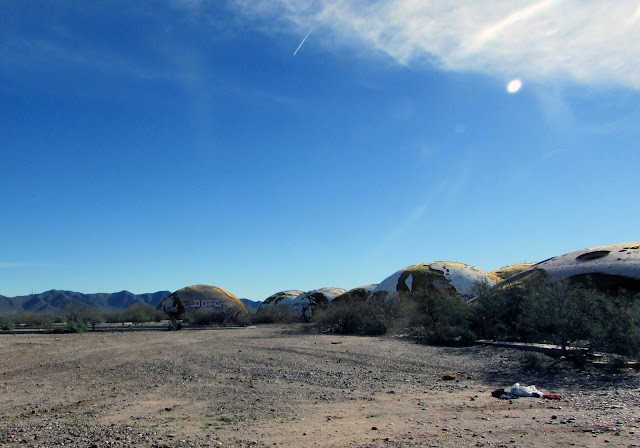 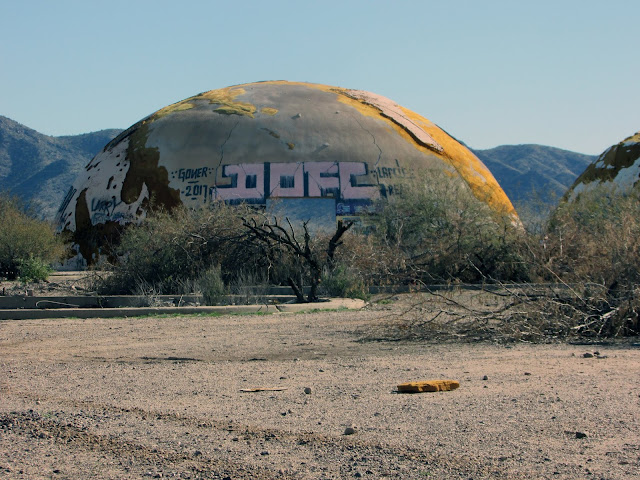 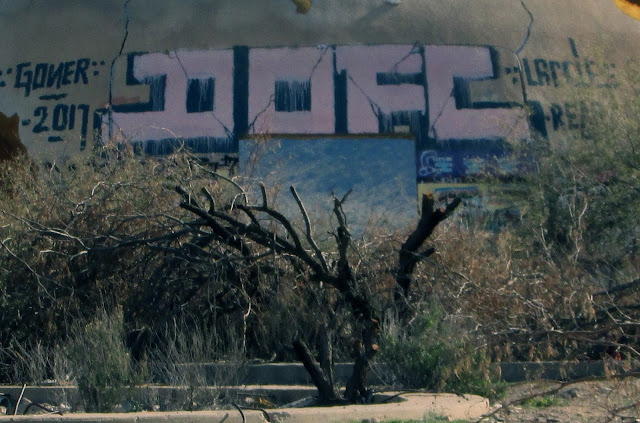 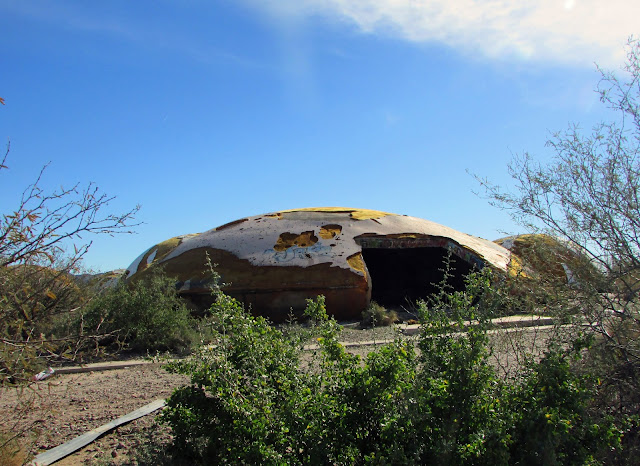 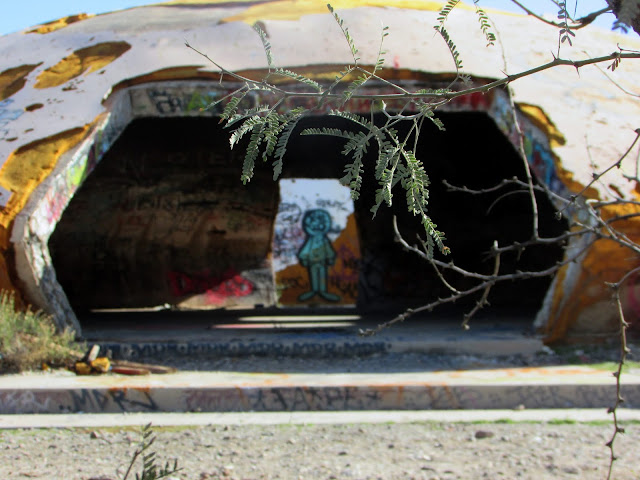 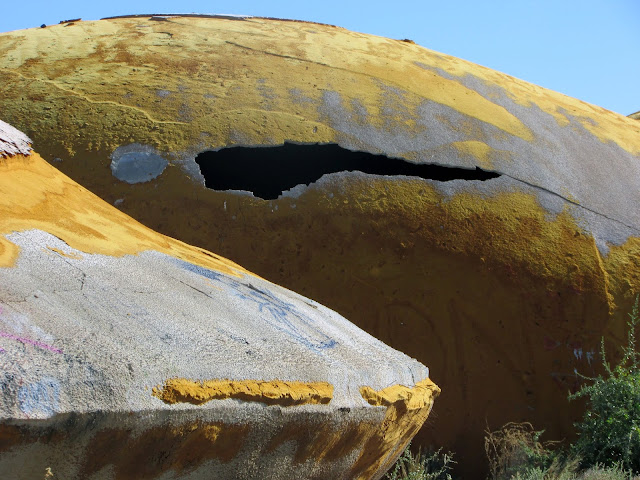 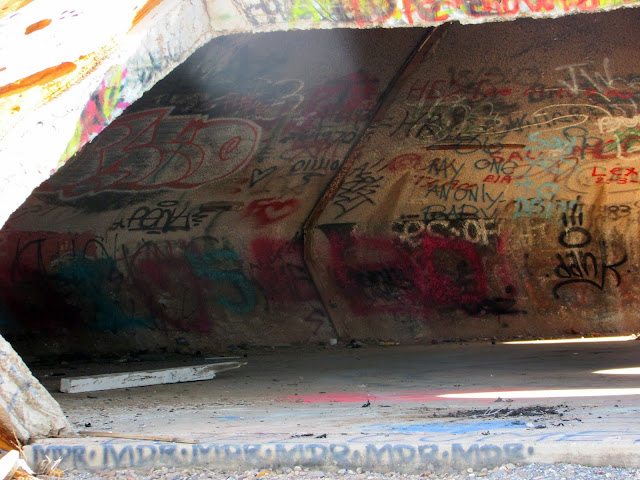 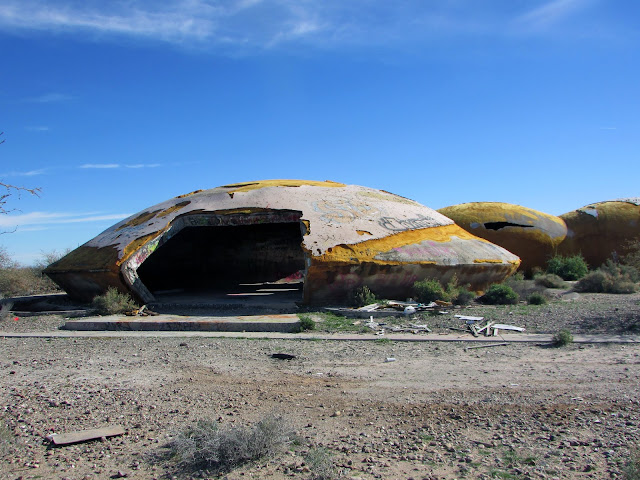 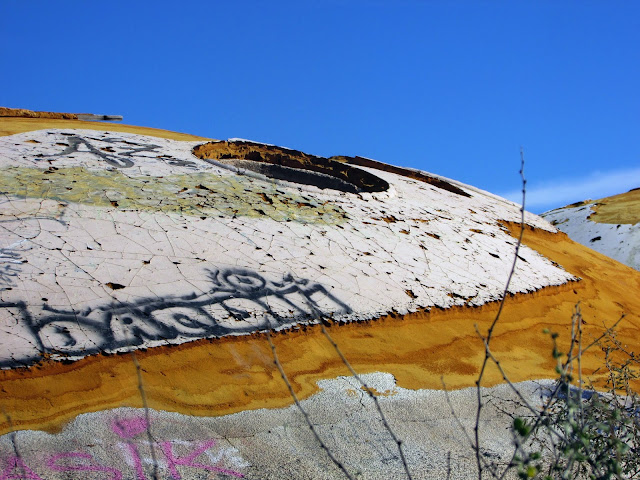 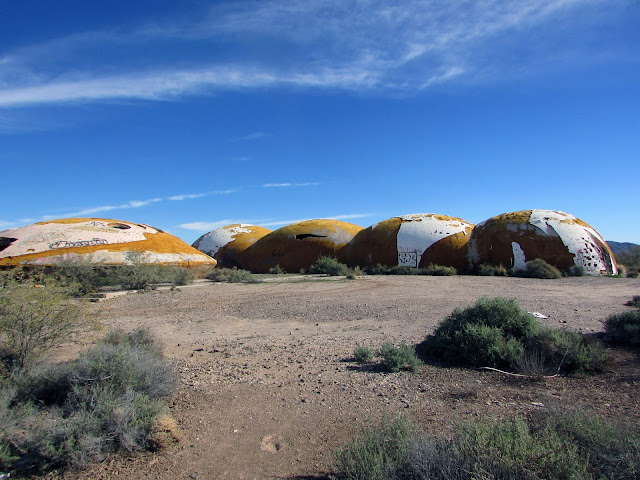 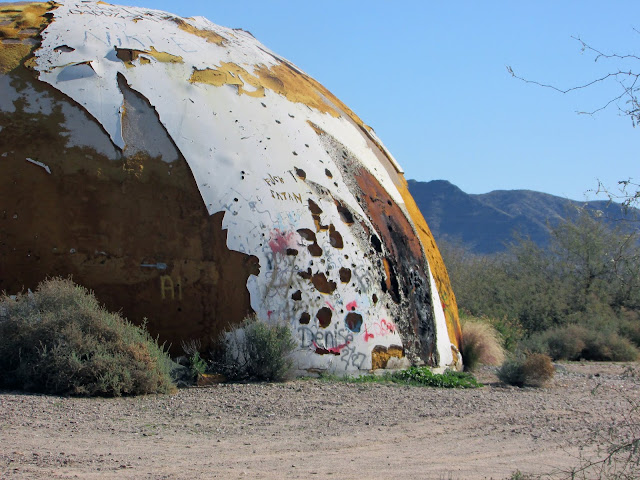 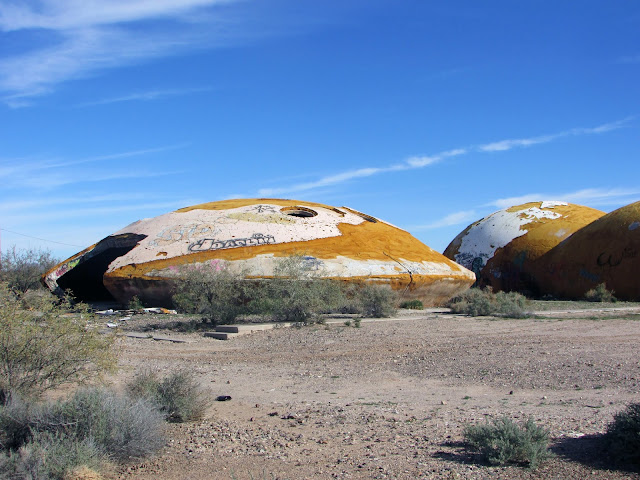 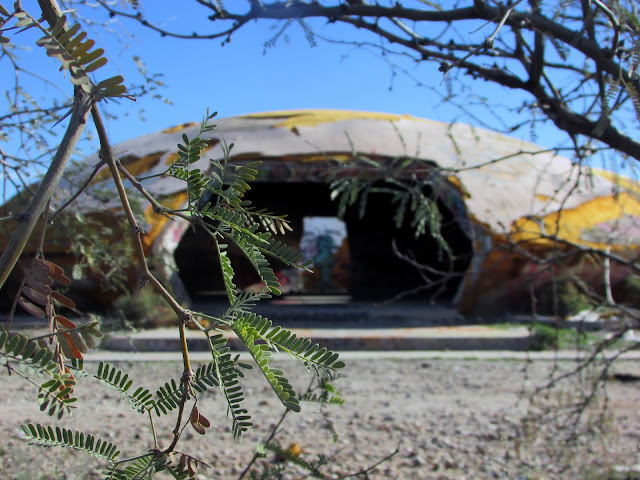 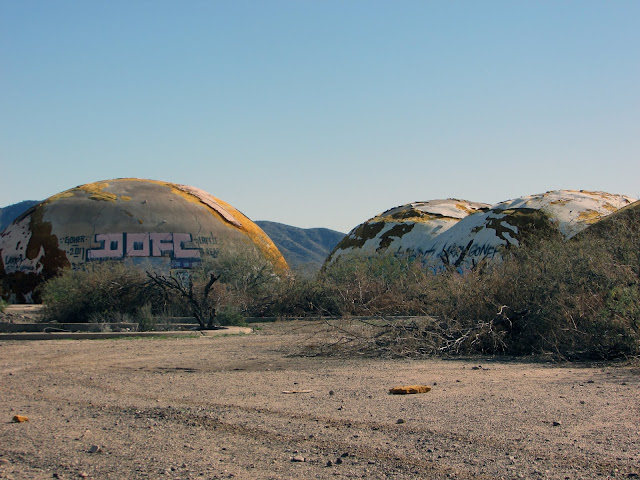 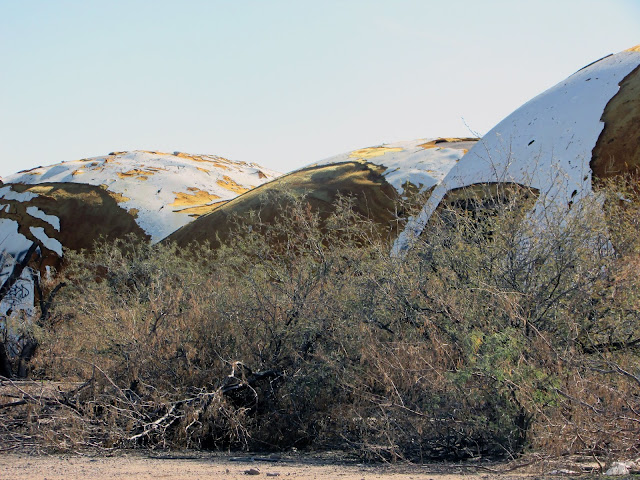 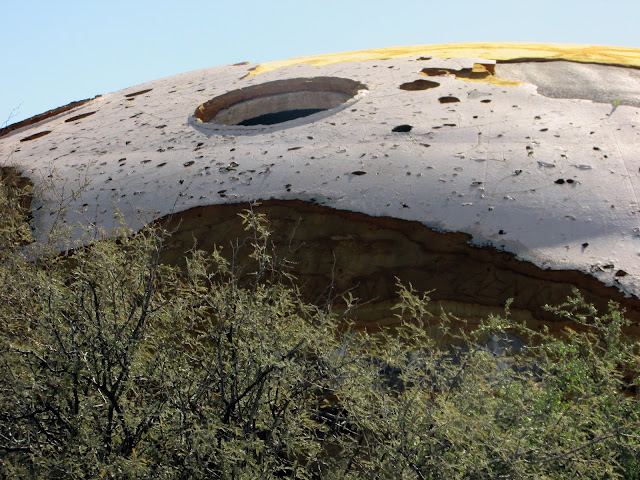 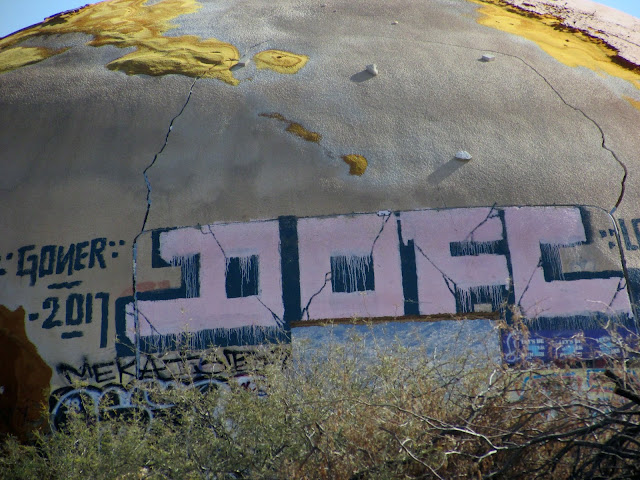 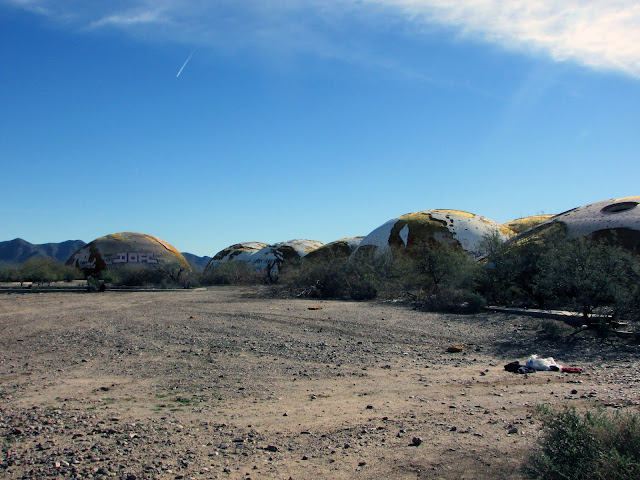 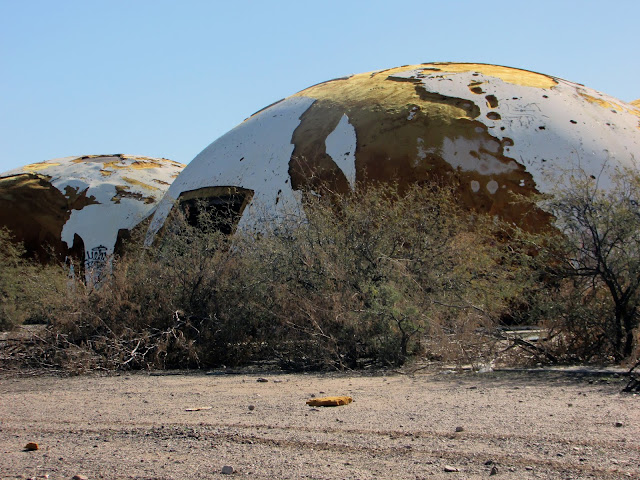 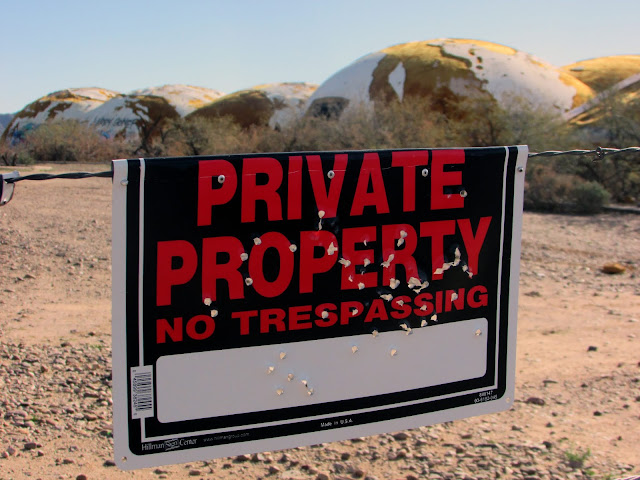 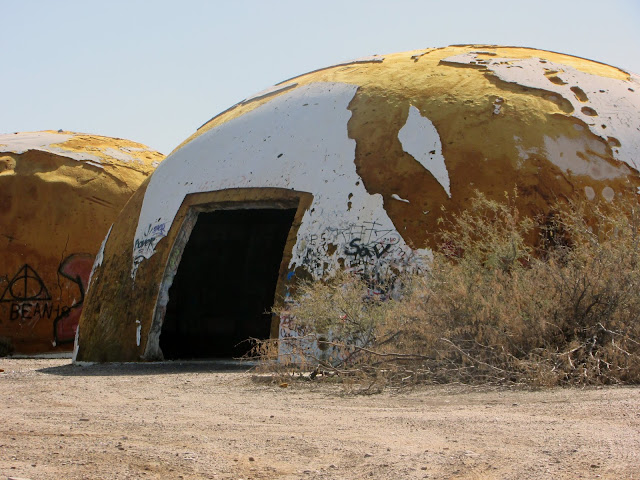 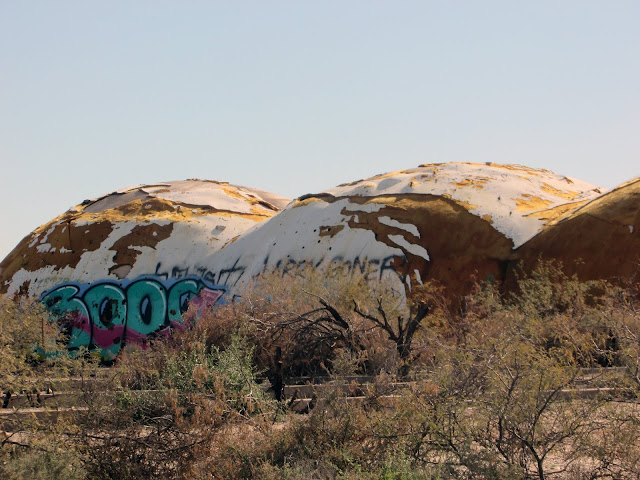 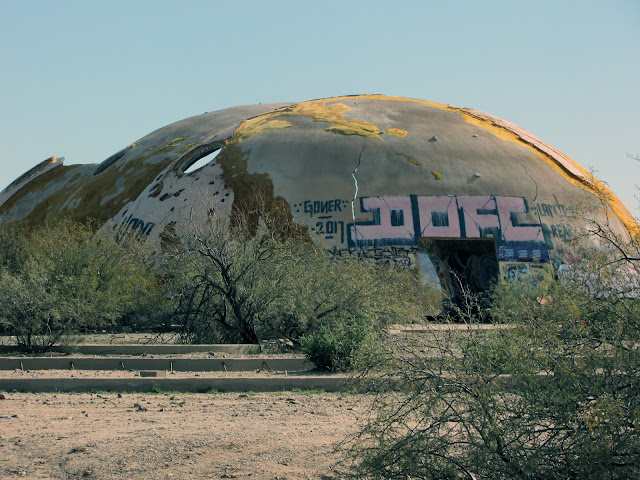 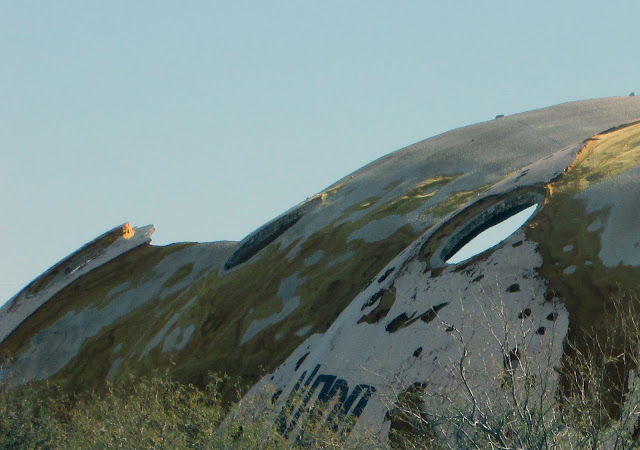