The Secrets of the Domes

One of the places Sharon wanted to take me on our Gila Bend/Casa Grande trip was the mysterious Domes. These strange dome shape structures sit in the middle of the desert of Casa Grande only a few miles from the interstate. As you drive up on them, you notice that one object is shaped like a flying saucer and the other three structures resemble caterpillars. How did they get there and what was the purpose of the building shapes? 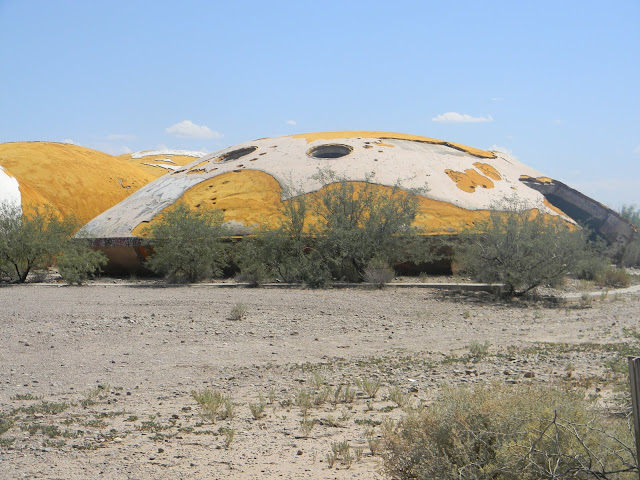 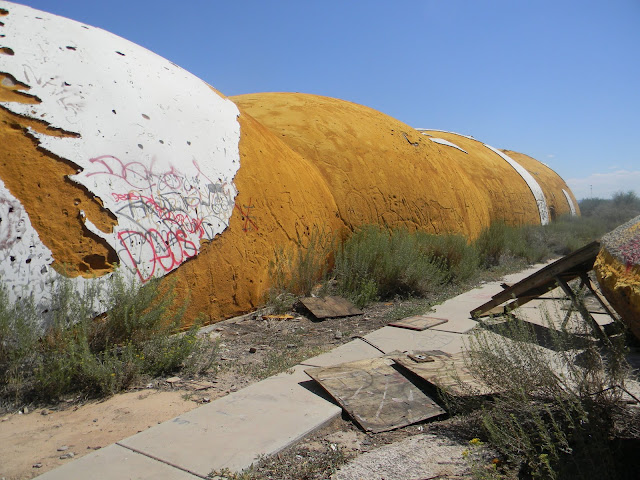 In July of 1982, Patricia Zebb, who owned InnerConn Technology Inc., was speaking to a group of around 75 people about her new computer manufacturing company. Her plan was to move the company headquarters from California to the newly constructed site in Casa Grande she called, “The Domes”. The new offices were dome shaped with a Thermoshell construction with the main office resembling a definitive flying saucer. Zebb was very excited about the new plant and couldn’t wait for that first circuit board to roll off the assembly line. Sadly, that was never to happen. 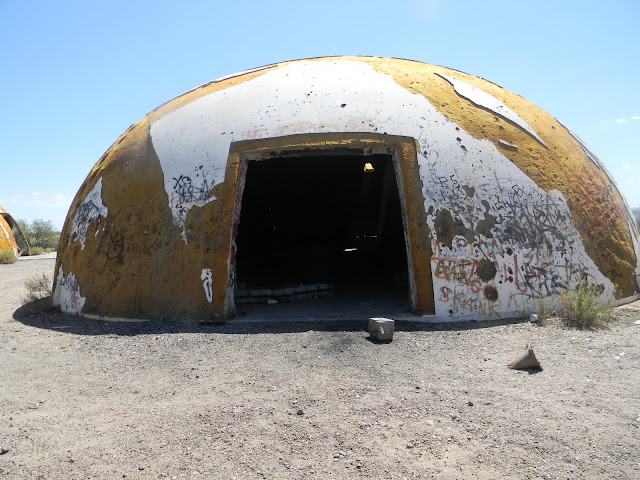 When the domes were first built in the early 80’s on the 135 acre site, there were high hopes of manufacturing not only circuit boards but all kinds of equipment such as quartz watches to huge computers. Using the dome shape was decided because of cost and insulation efficiency. It would be expedite as far as construction and only took six weeks to build. The domes were constructed by pouring three inches of polyurethane, and then three inches of concrete against a balloon inside, which was held up by a steel skeleton. I have to tell you that it was over 100 degrees at the time we were there and inside the domes it felt much cooler.

A year after the dedication of the new company in 1983, InnerConn Technologies defaulted on a loan and the bank took over ownership. The site remained abandoned until it was bought by a couple in 2006. Throughout the years, ghost hunters and UFO enthusiasts would trek across county to check out the odd shape objects in Casa Grande they read about online. It became a place for the young to hang out and have parties and raves. The Domes are a dangerous place to be with the walls in disarray and the ceilings falling in piece by piece.

There have been many bizarre stories of ghosts and possible satanic worshiping in the dark worm-like tunnels. Some say that at night you can hear footsteps and whispering in the back dome. A shadow figure has been seen roaming from dome to dome and sometimes out in the surrounding desert. People have report odd tapping noises on their cars if they parked them near the domes. There is a bad vibe inside the domes and an uneasy feeling like something evil is going to happen. Rumors of black magic, rapes and murders are also being told with warnings to stay away. It isn’t known for sure that the stories are just that and what really goes on there is nothing more than underage drinking and occasional squatter just spending a night or two there.

Whatever the rumors are about the domes, it is certainly an appealing place to check out. But be wise about it, not like us, and remember there are “no trespassing” signs posted around the property and a hefty fine if you get caught. 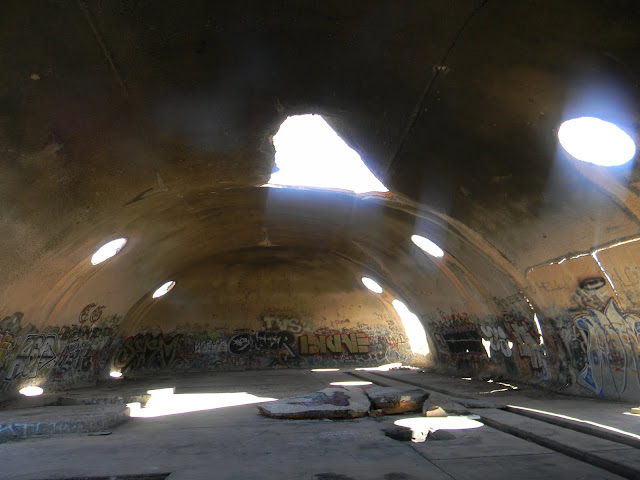 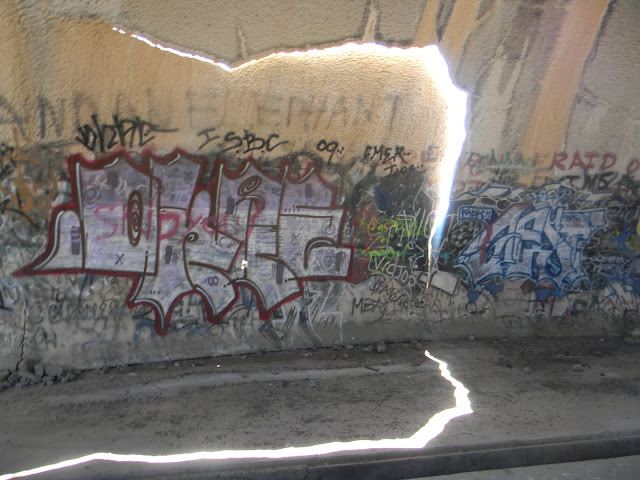 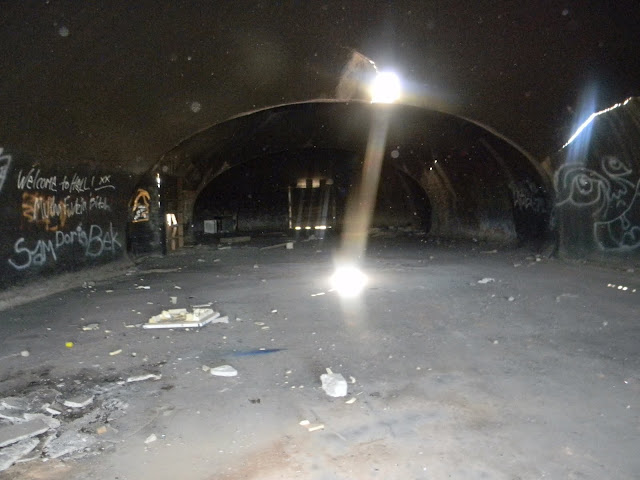 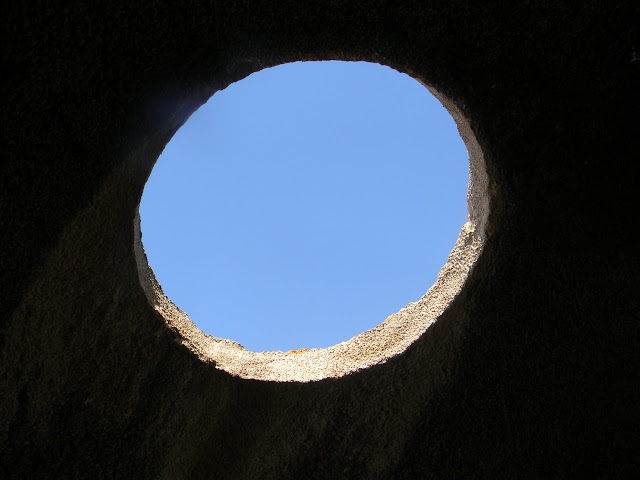