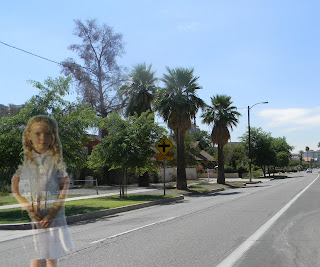 There are a few urban legends floating around this city and other places as well. One is about the ghost of the nine year old girl that has been seen in several areas around Phoenix. On August 6, 1995 a little girl was struck by a hit and run driver and died on the scene. Stories are told that witnesses noticed her looking out the window of the ambulance as the paramedics were trying dreadfully to save her. Her little hands and face were seen pressed against the window as the ambulance pulled away. The person who hit the little girl was never found and justice was never served.

Right after her death, there were reports of seeing her ghost in several parts of the city. The strongest area, and the place with the most sightings, is the area she was killed at, 5th Avenue between Roosevelt and Fillmore. Her ghost was also seen a few miles away by a woman who was in the middle of cooking dinner at the exact same time her husband was woken by a box falling on him. She reported that the image of the little girl smiled and said that she loved the both of them very much. At that precise moment, another sighting was reported of the same little girl several miles away. A woman was seen walking with a little girl with the same features, size, hair type and color as the deceased girl. An older sister and friend were walking behind them and didn’t know who the child was. She kept turning around, smiling and waving at the perplexed pair following them. I don’t know if the woman ever had an explanation for the strange child who was walking with her.

All these stories were reported to the little girl’s mother, a couple of days and even up to six months later. No one had any explanation of why her spirit was seen all over the city at the exact same time, all her Mother could say was that her daughter was a loving child. There were many times since her child’s death that she would see her daughter and have conversations with her. Most of those times were at night, so she felt that it all happened in her dreams.

People still report seeing her ghost around town, but no place stronger and as often as the place she was killed. 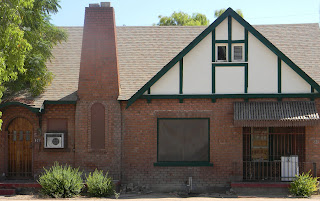