- March 11, 2013
The El Tovar Hotel, also known simply as El Tovar, is a former Harvey House hotel situated directly on the south rim of the Grand Canyon in Arizona, USA. The hotel was designed byCharles Whittlesey, Chief Architect for the Atchison, Topeka, and Santa Fe Railway and was opened in 1905 as one of a chain of hotels and restaurants owned and operated by the Fred Harvey Company in conjunction with the Santa Fe railway. It is at the northern terminus of the Grand Canyon Railway, which was formerly a branch of the Santa Fe. The hotel is one of only a handful of Harvey House facilities that are still in operation, and is an early example of the style that would evolve into National Park Service Rustic architecture. The Hotel is also featured in the 1983 film, National Lampoon's Vacation. (from Wikipedia)

The Grand Canyon looks like a painted picture and takes my breath away each time I see it.  There are many places to stop and get different views.  It offers train rides, hotels (El Tovar Hotel for one), several gift shops, helicopter rides inside the canyon walls, mule rides, several places to hike the canyon, an amazing skywalk to get a view literally from above, and rafting inside the canyon.  The Grand Canyon also has stories of ghosts, giant bones, and UFO's which have been witnessed by many. 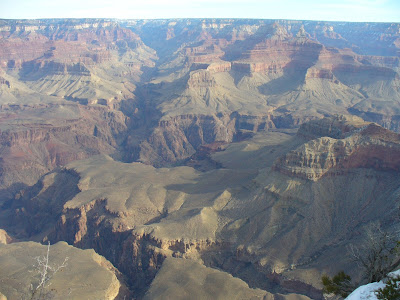 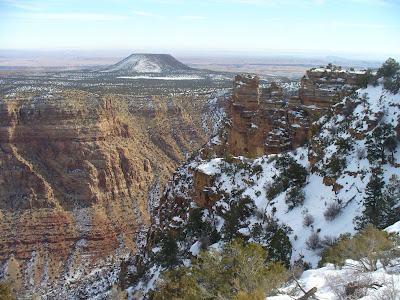 For information on all the activities for the Grand Canyon and places to stay, check out these sites:
http://www.nationalparks.org/
http://www.nps.gov/grca/index.htm