Lava Under the Snow 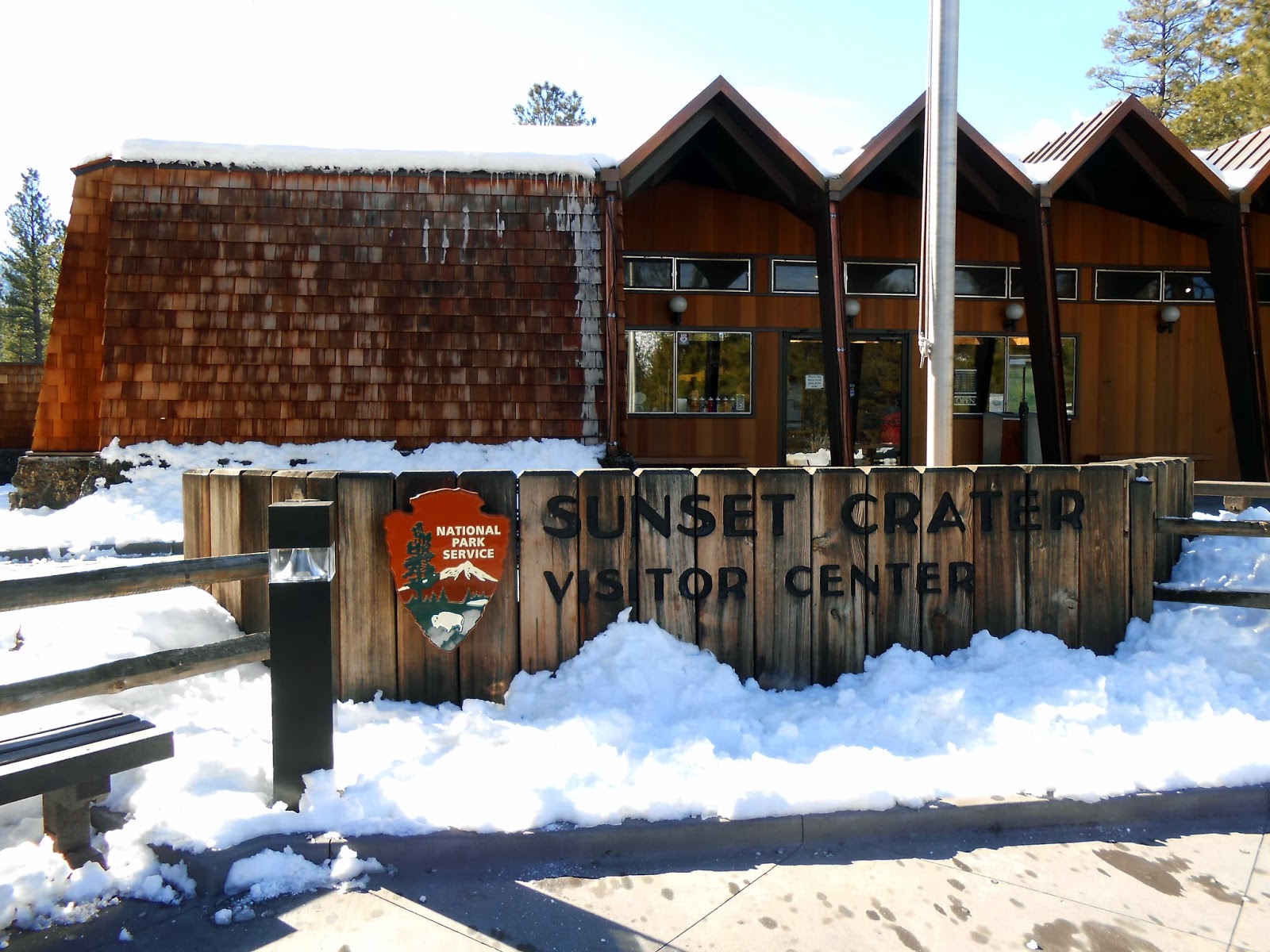 History says that the volcanic activity happened sometime between 1040 and 1100, creating over 600 volcanic mountains in the San Francisco Peak area.  All the habitat was wiped out when the lava blanketed the land.  The first eruption lasted almost a year and had two lava flows which eat everything in their paths leaving an amazing display of harden lava formations.  A 1,000 foot-high volcano was formed and erupted many times shooting debris in the air covering around 800 square miles of norther Arizona with ash.

I have been to the Sunset Crater Volcano Park near Flagstaff a couple of times, summer and winter.  I must say seeing the lava covered with snow is breathtaking. 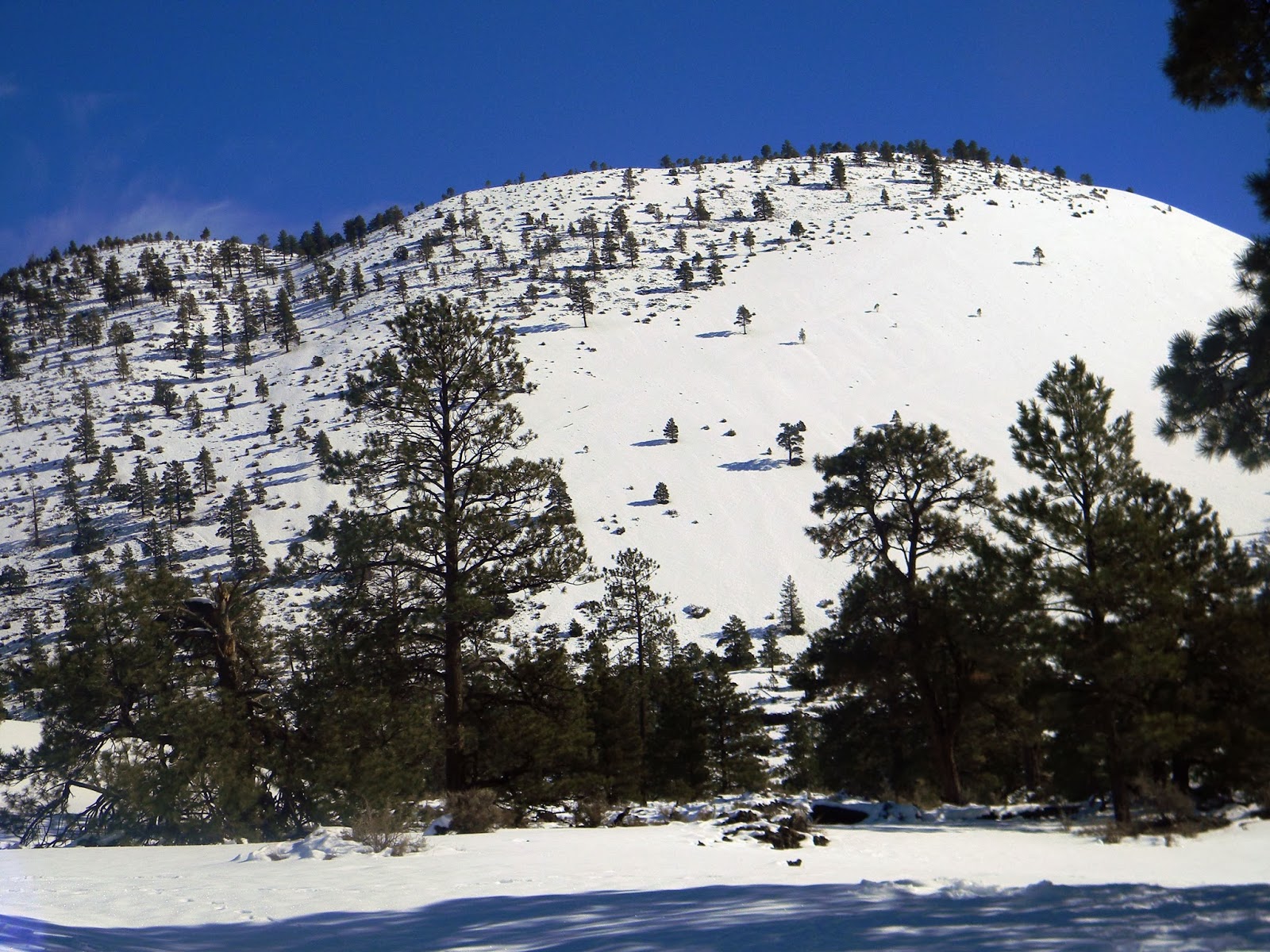 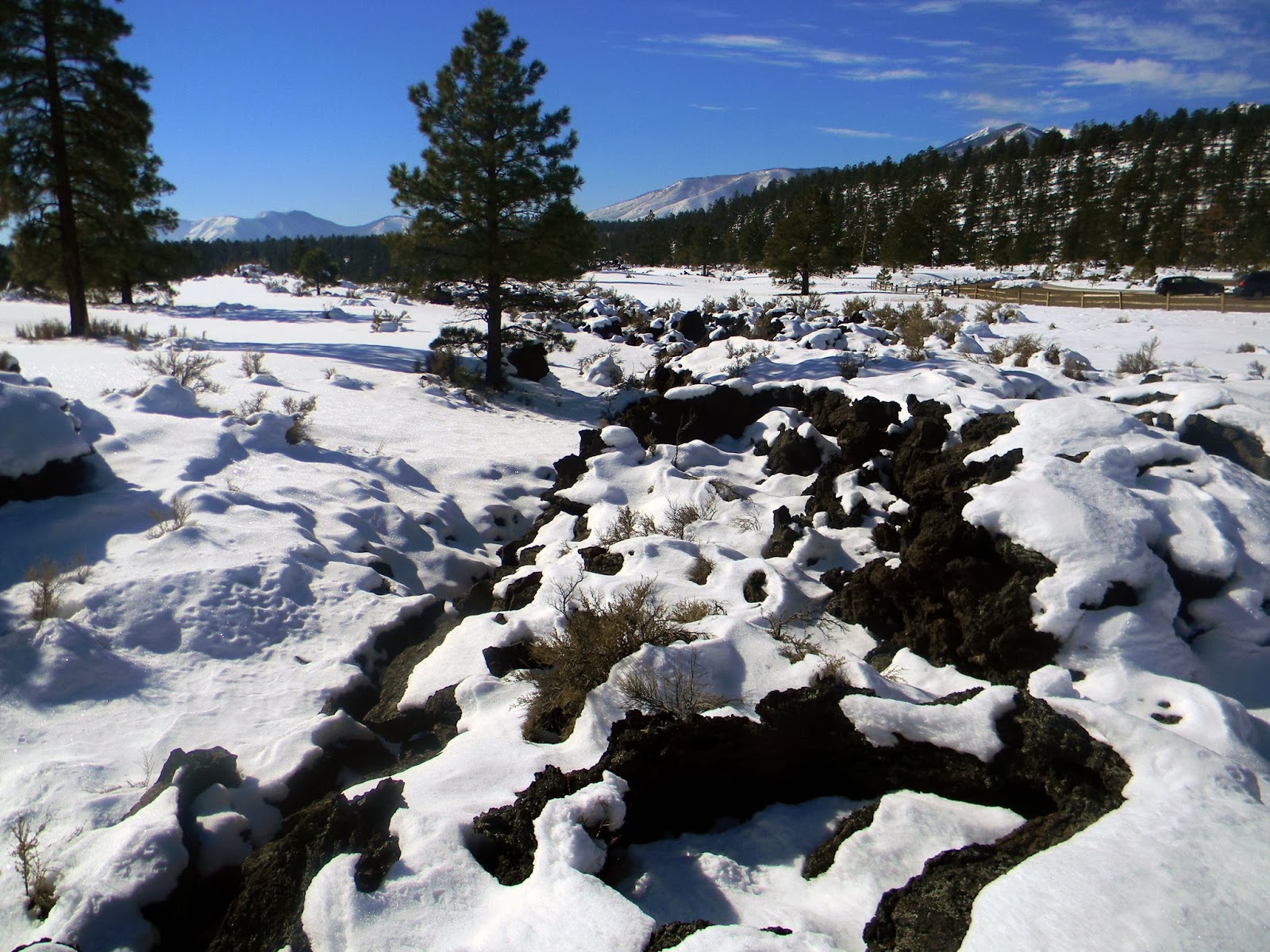 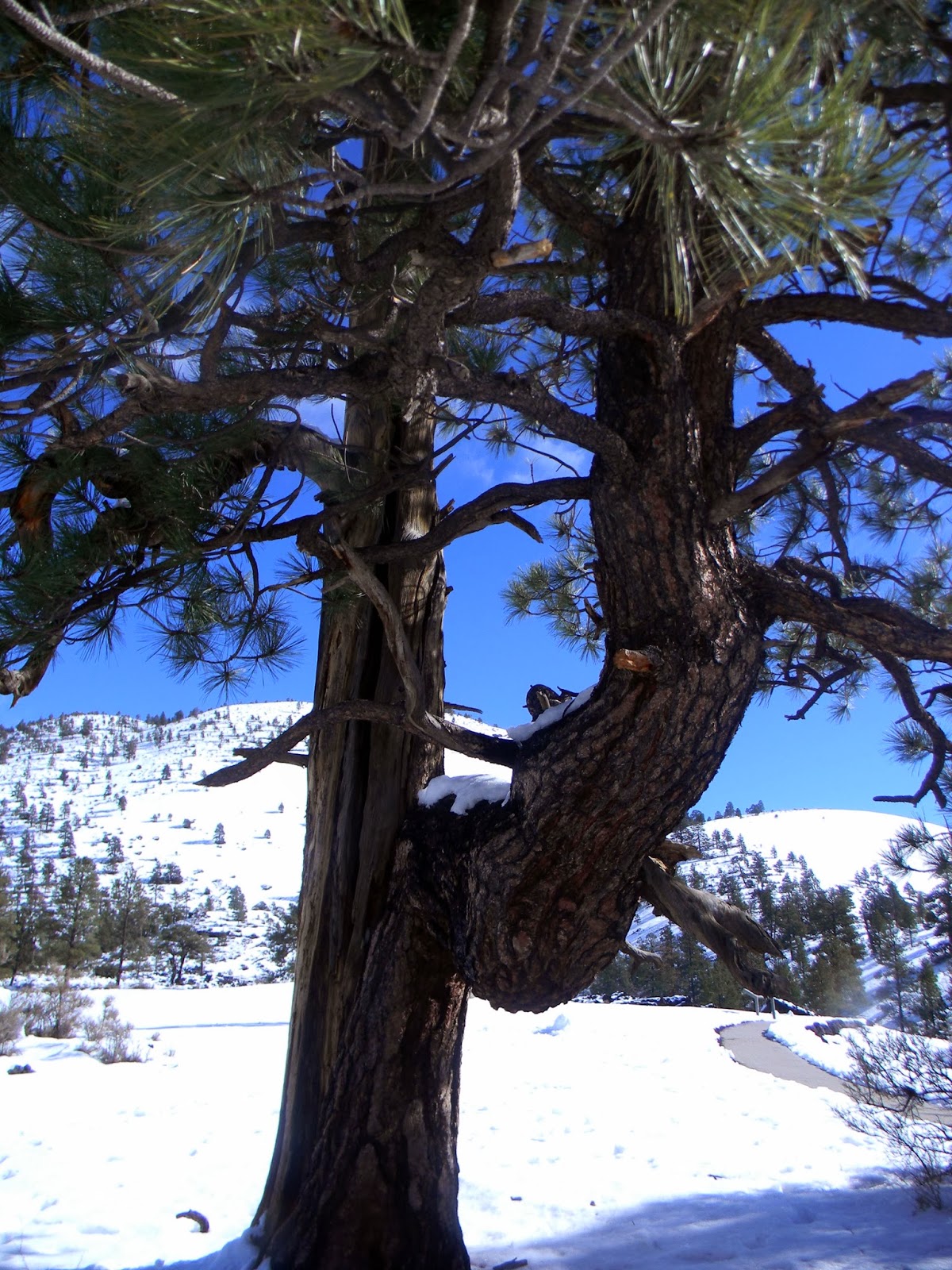 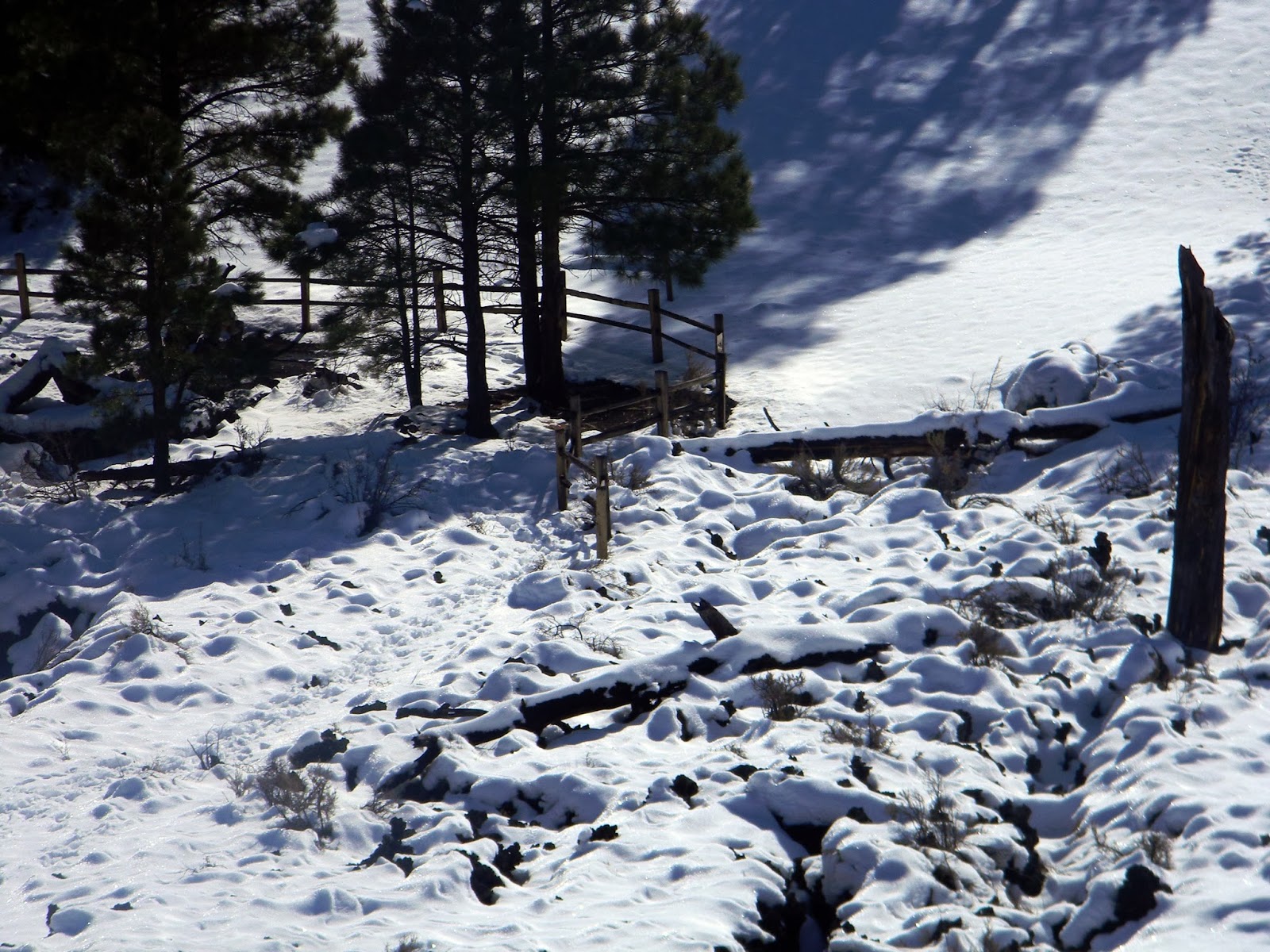 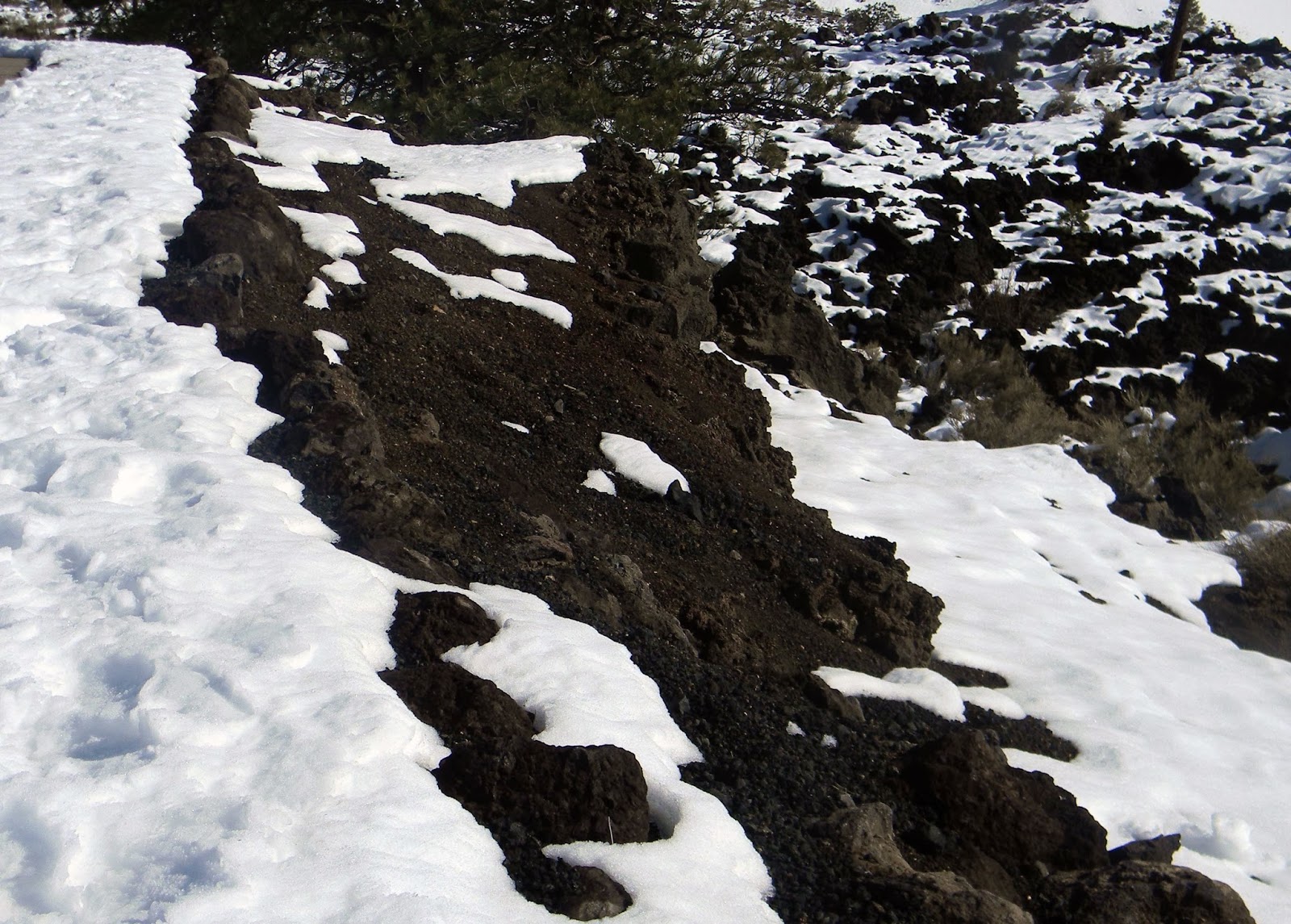 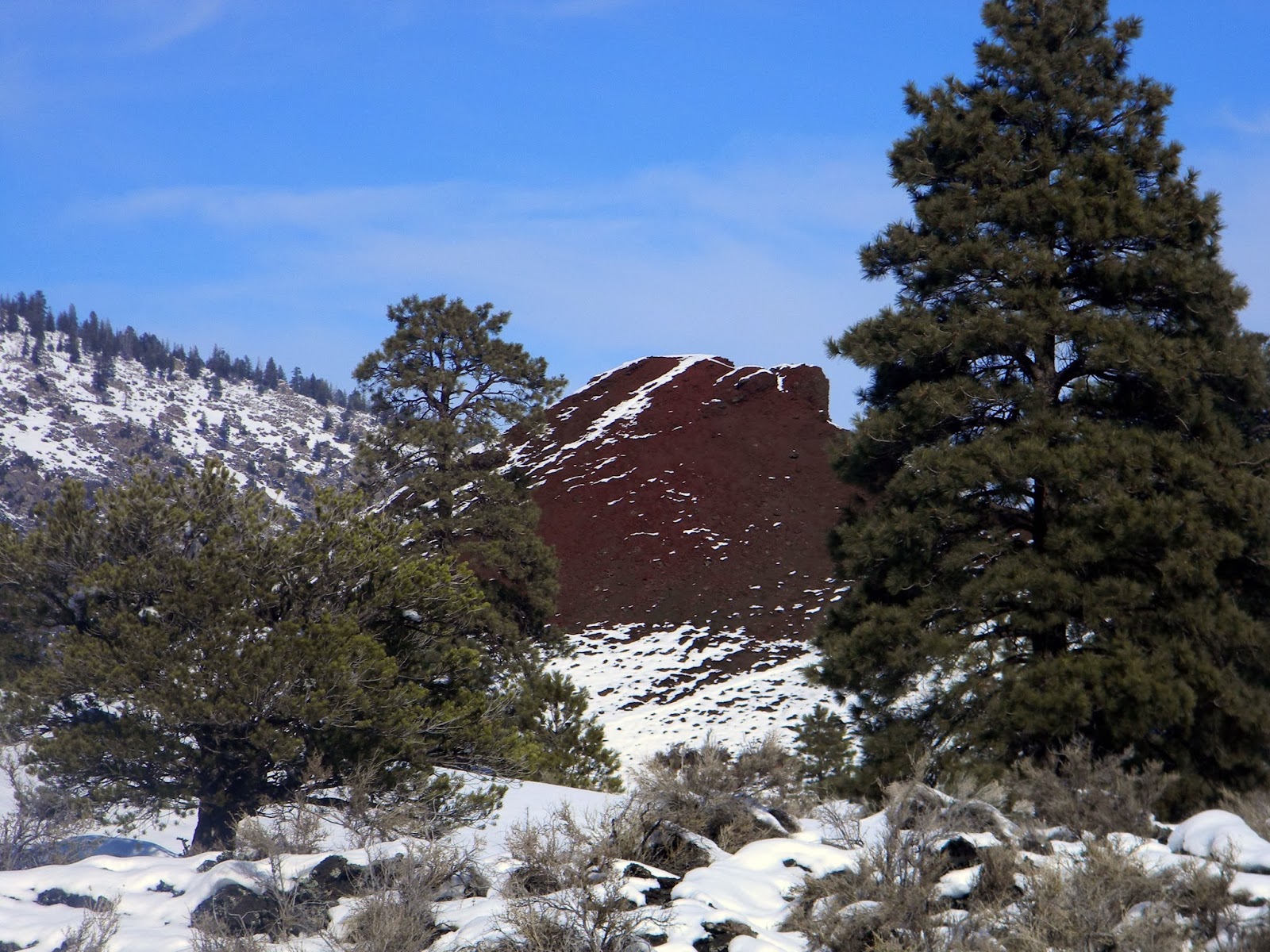 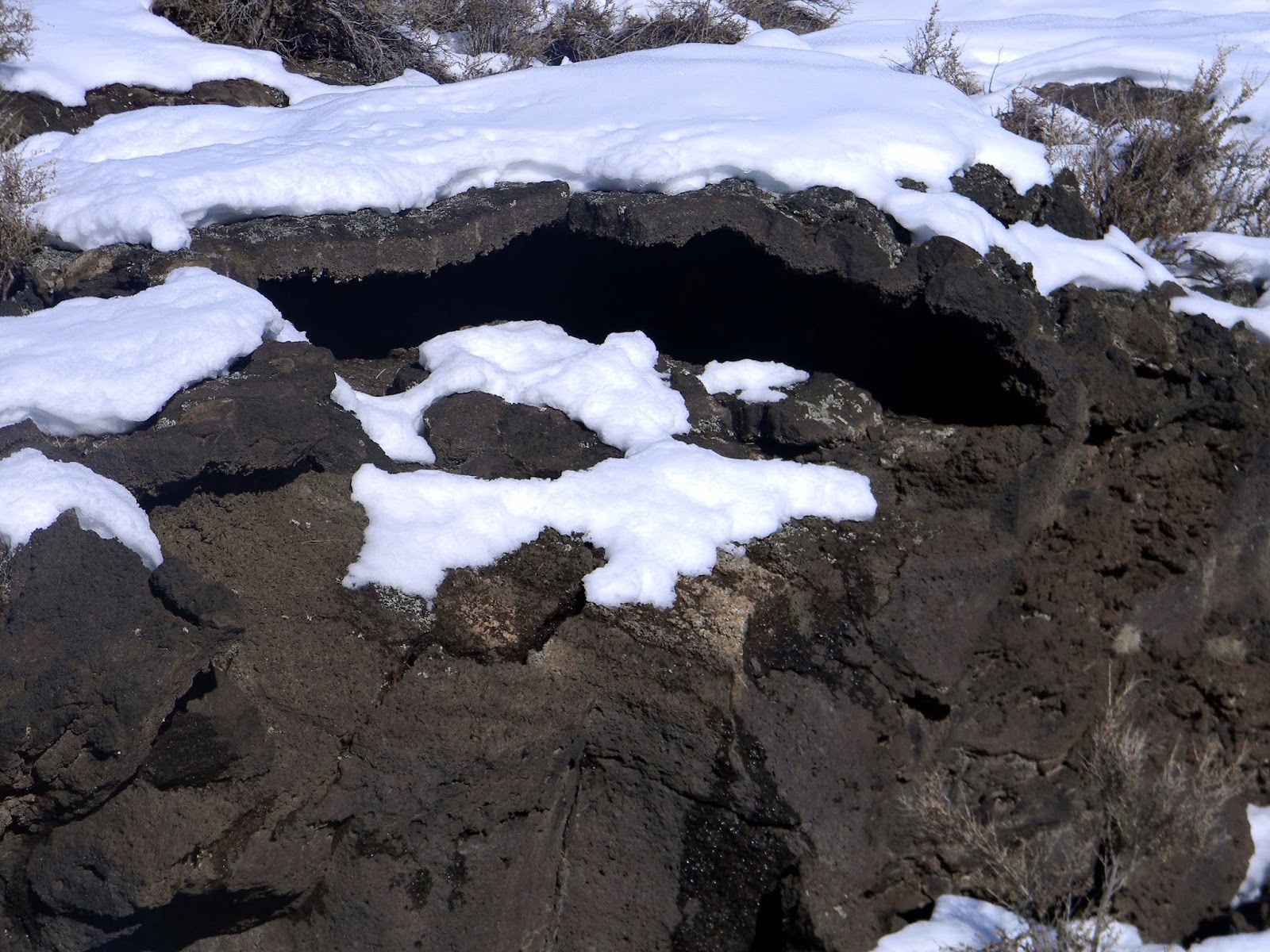 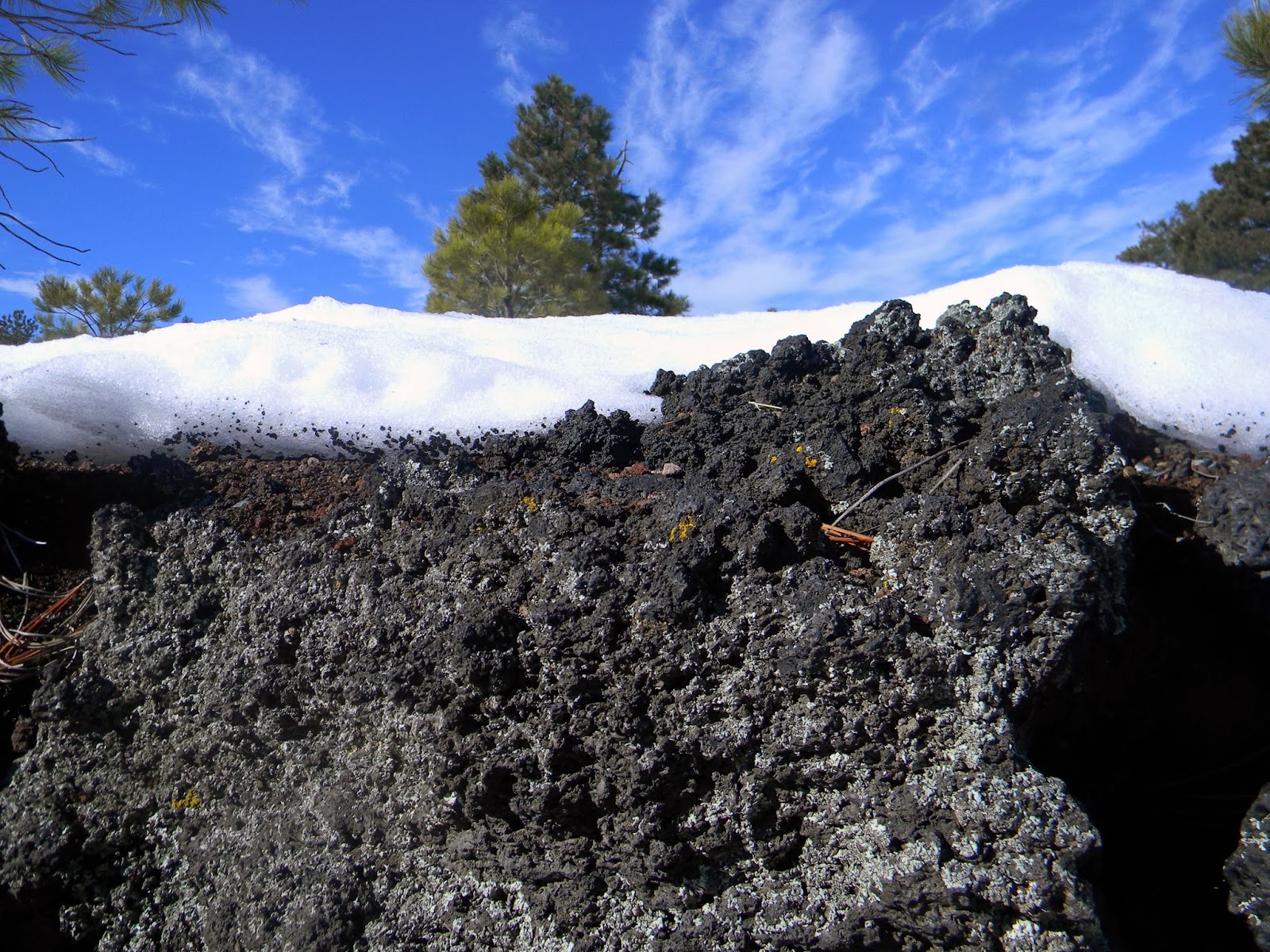