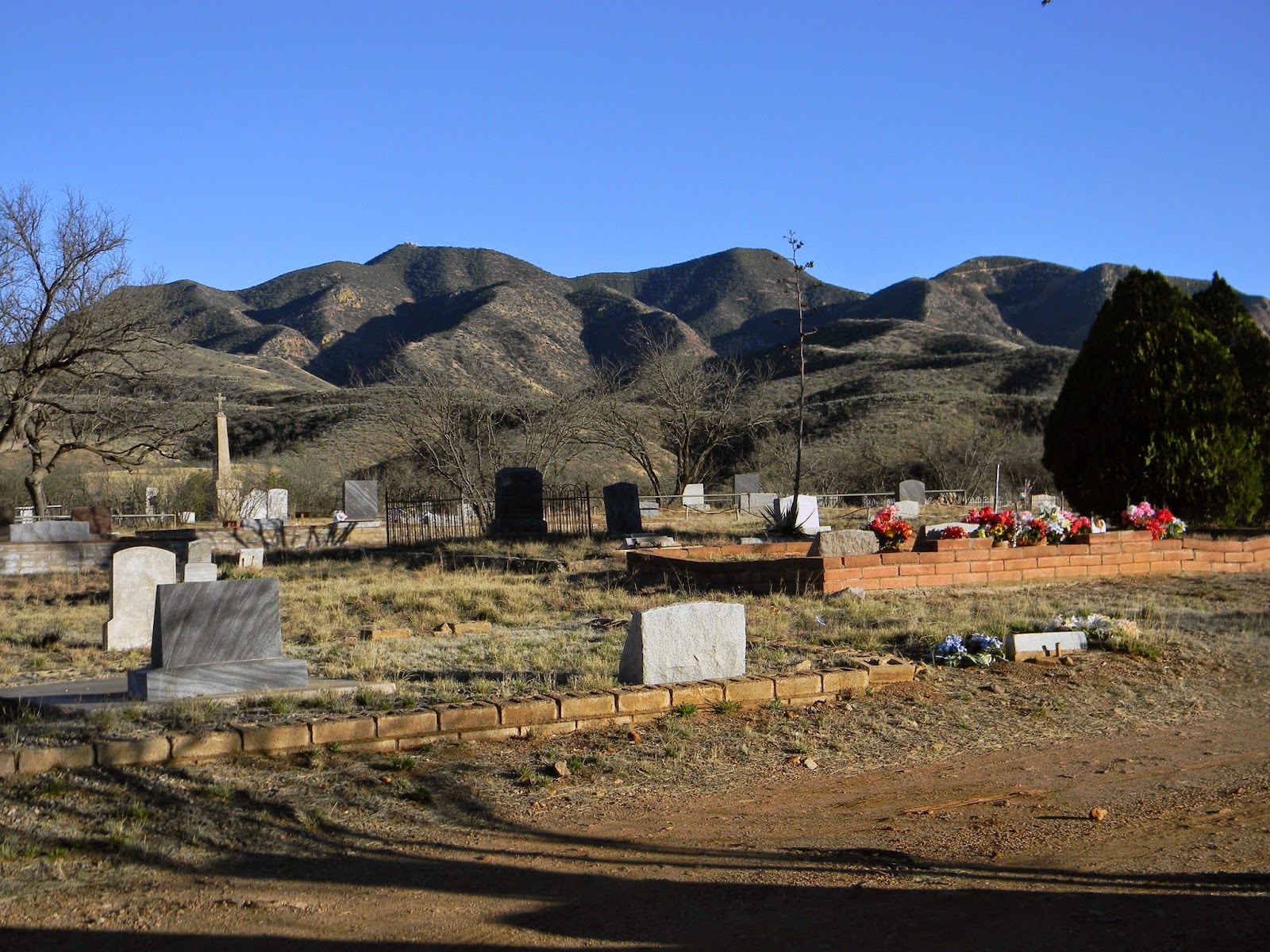 Another town in the Santa Cruz County of Arizona is Patagonia.  Around a 1,000 people call this place home which lies 12 miles south from Sonoita, and 18 miles north of the U.S./Mexico border.  This small settlement seems isolated and quiet.  It is nestled in the Coronado National Forest near two creeks, and where you can find ruins with petroglyphs from the Anasazi people.

Sometime in the late 1850’s, the Patagonia Mountains were loaded with silver and many moved to the area to mine the mountains.  By the next decade, the mines were pumping out mass quantities of silver and lead.  All the other towns in the area were enjoying flourishing economies.   In the first part of the 1900’s, the mines all but dried up.

Today, Patagonia has survived the shut-down of the mines, but other towns/camps such as Mowry, Harshaw, Washington Camp and Duquesne are all nothing but ghost towns.  You can take a short drive to any of these locations and find fragments of what was.  Many of the structures are on private land and you will be met with a “No Trespassing” sign.

The Patagonia Cemetery is not an easy place to find.  The entrance is a small, with an abrupt incline and at the top of a mount.  If you are coming from the Sonoita area, you will find the entrance at the southwest end of town with an American flag waving high in the air from the cemetery.  With its large trees and old to new headstones, it is a beautiful place to take photos.  We were lucky to get the sun going down which made for great shots with shadows and light. 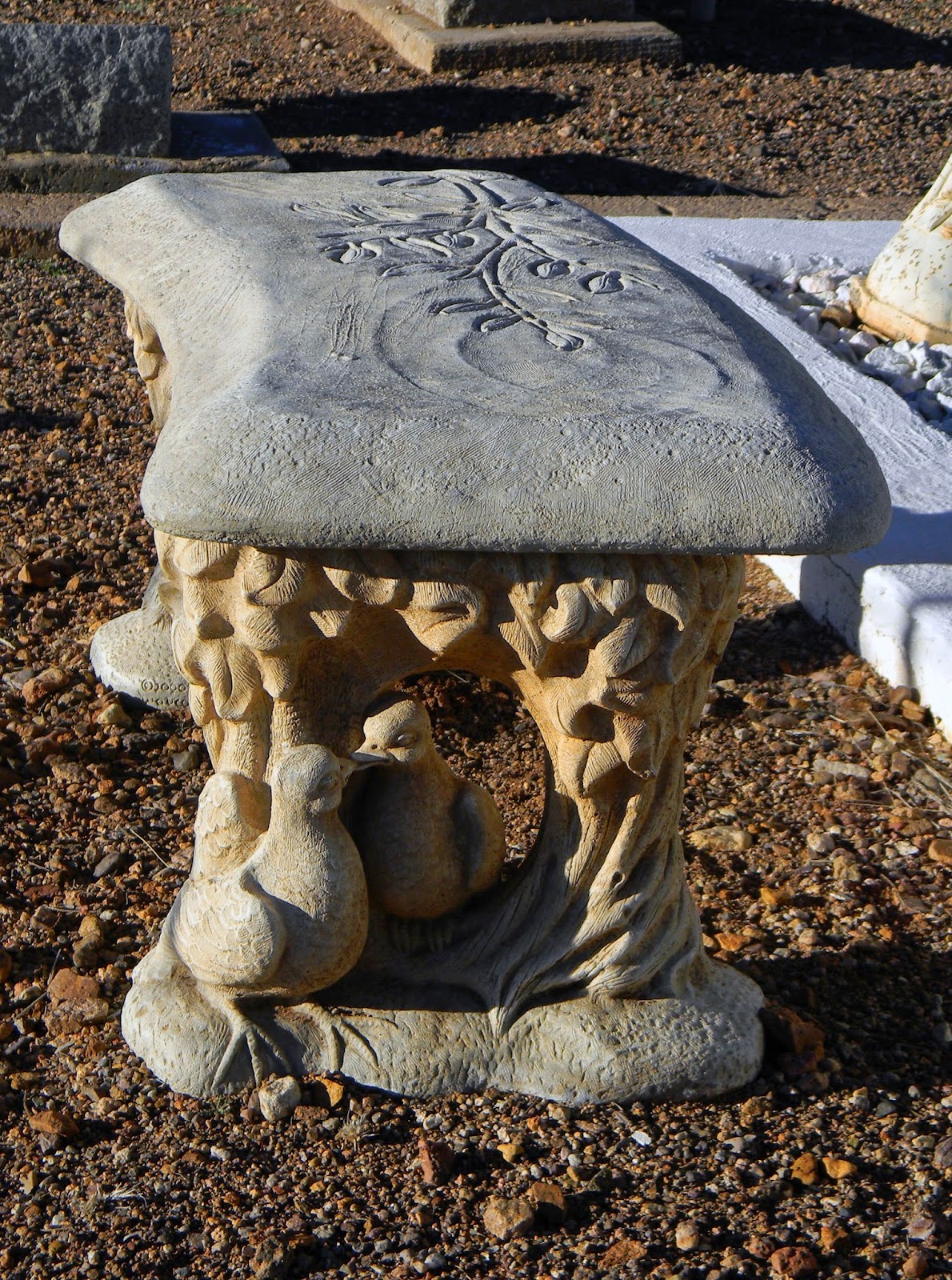 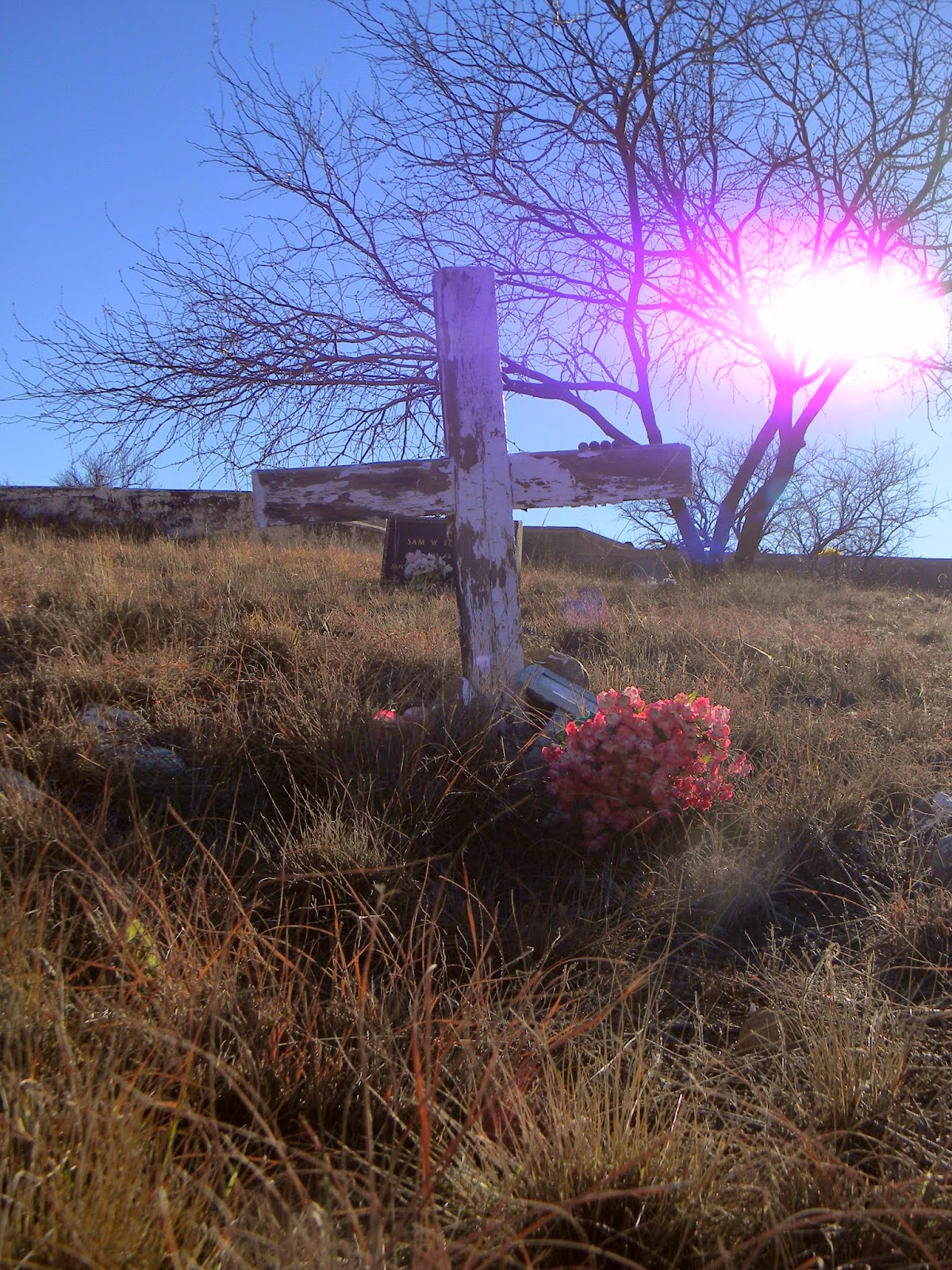 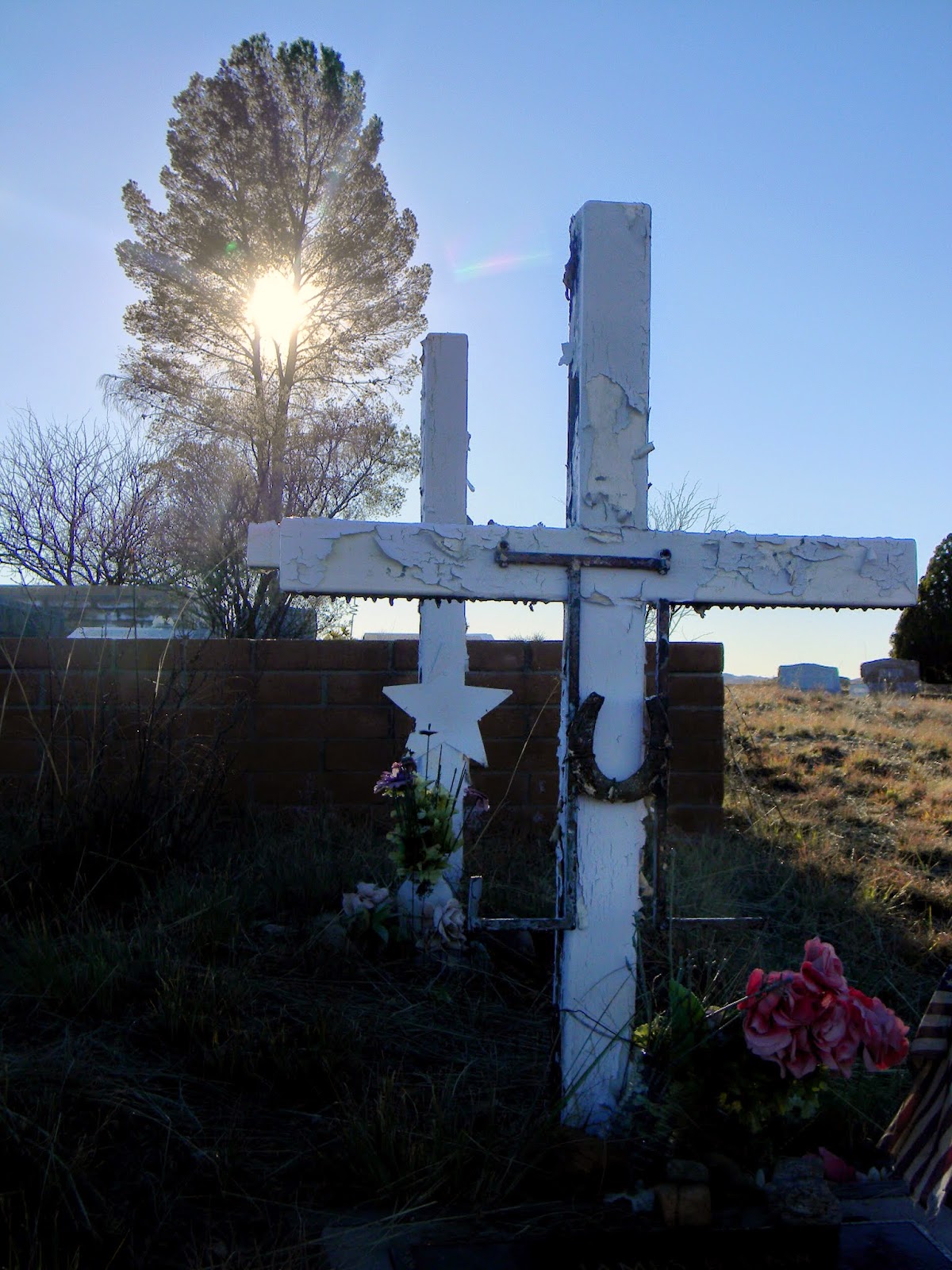 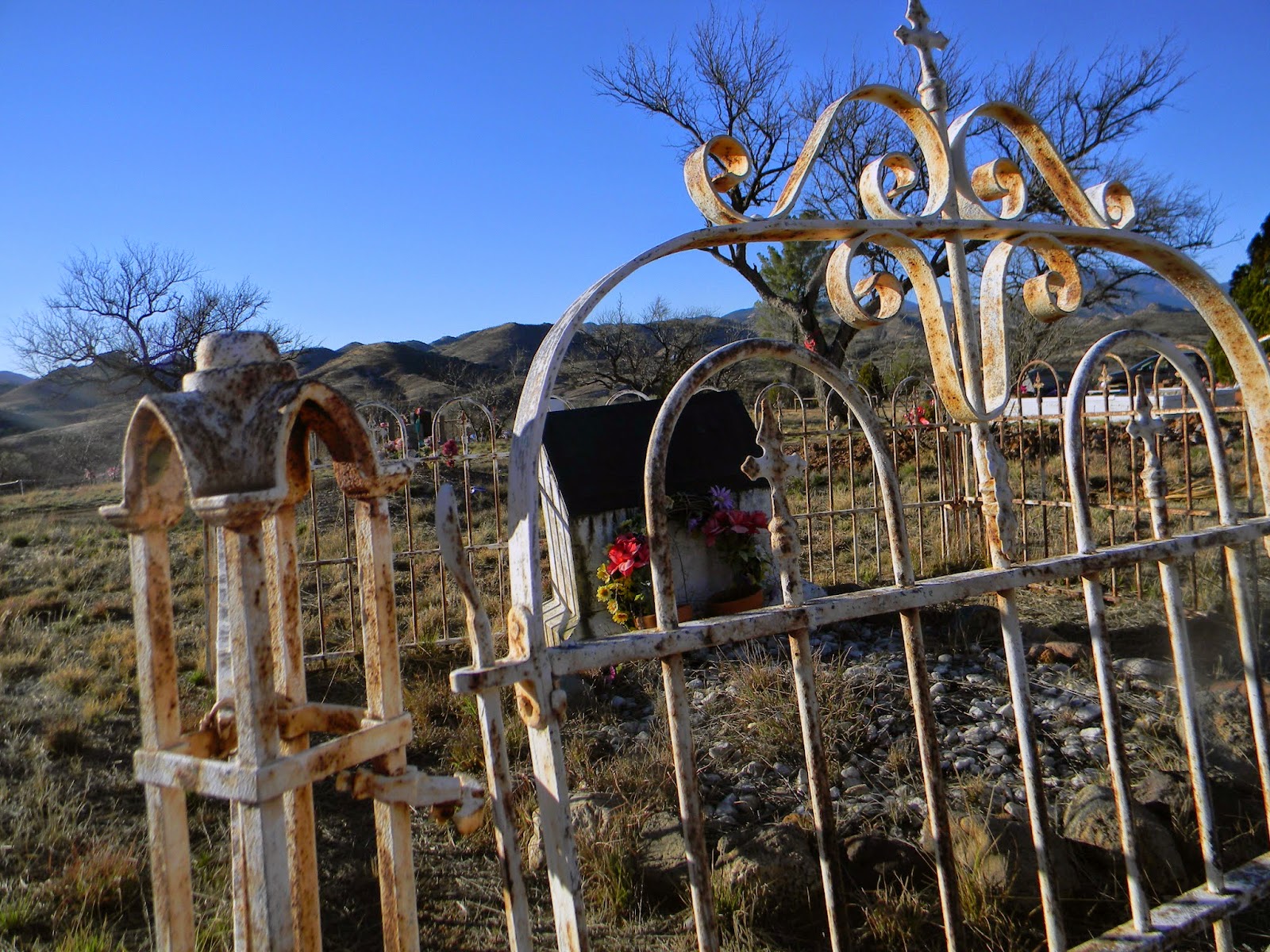 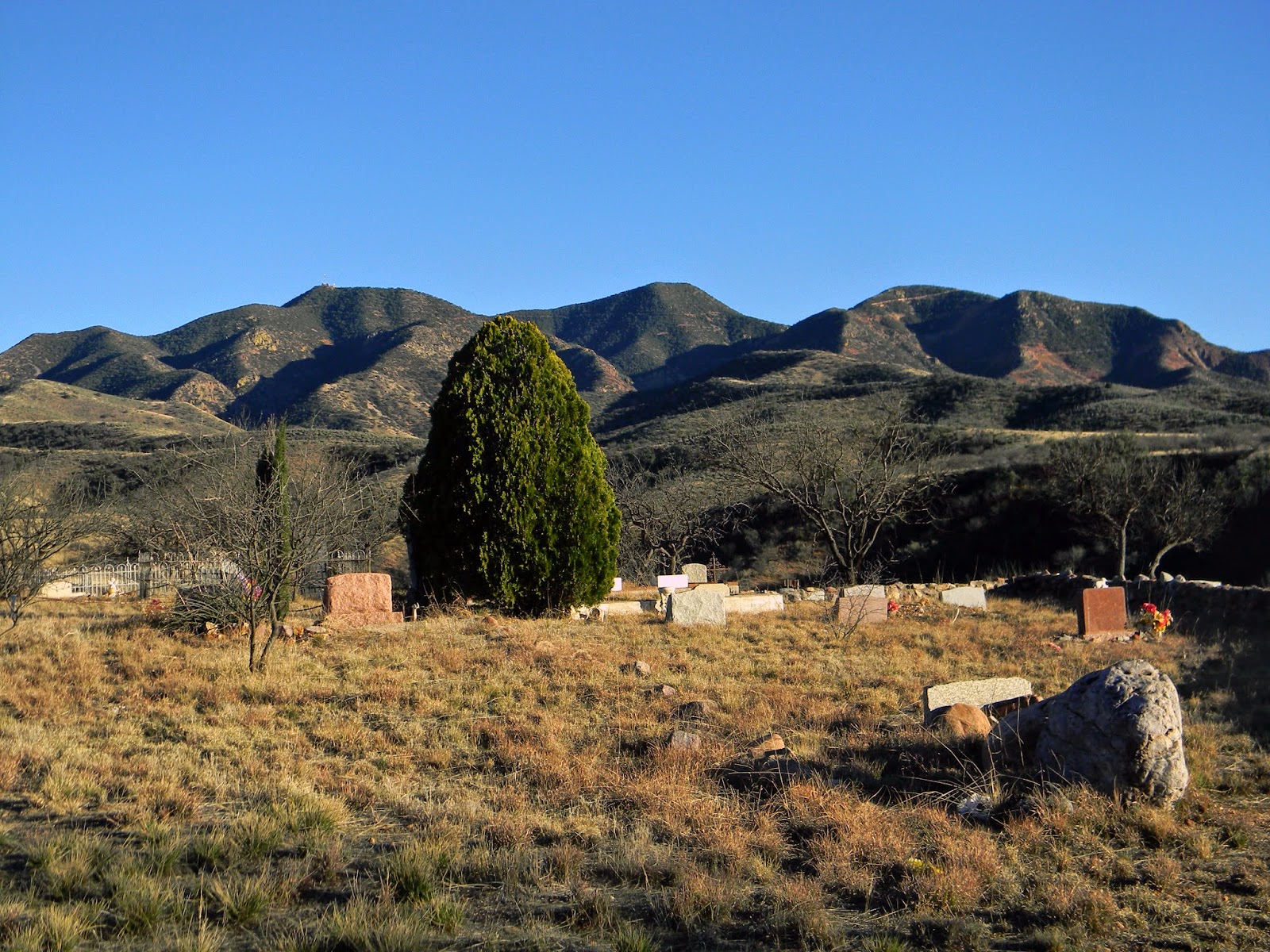 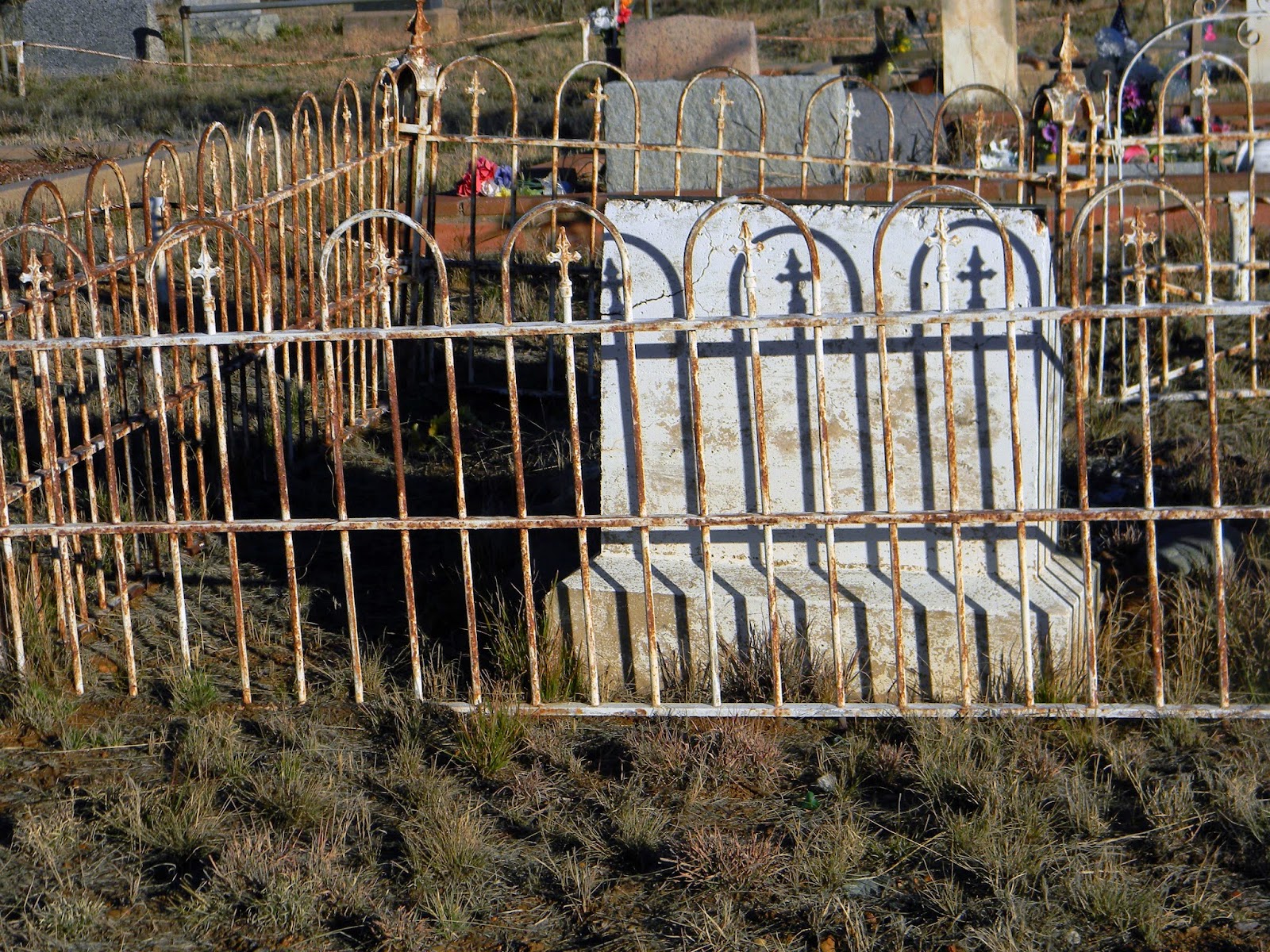 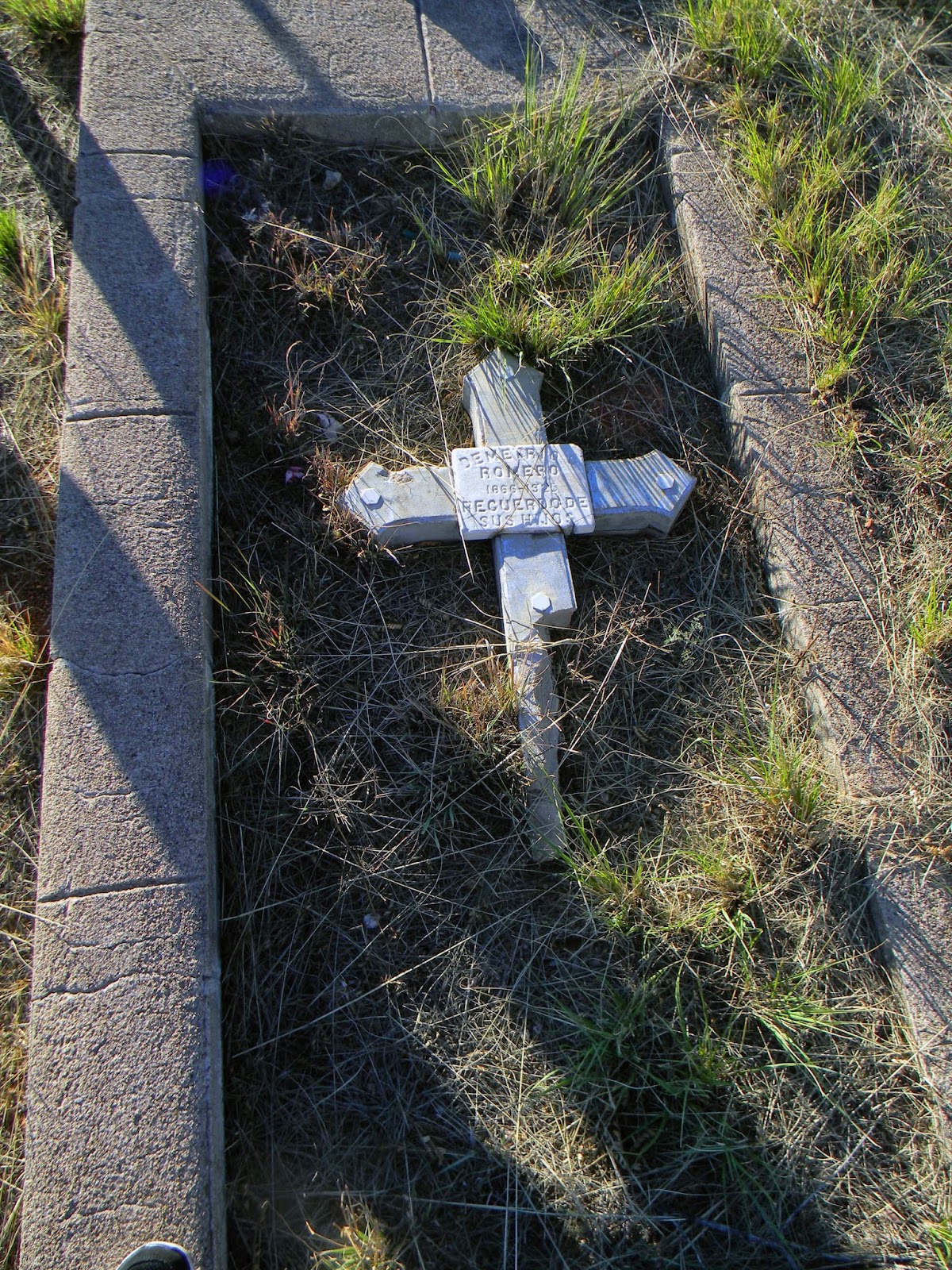 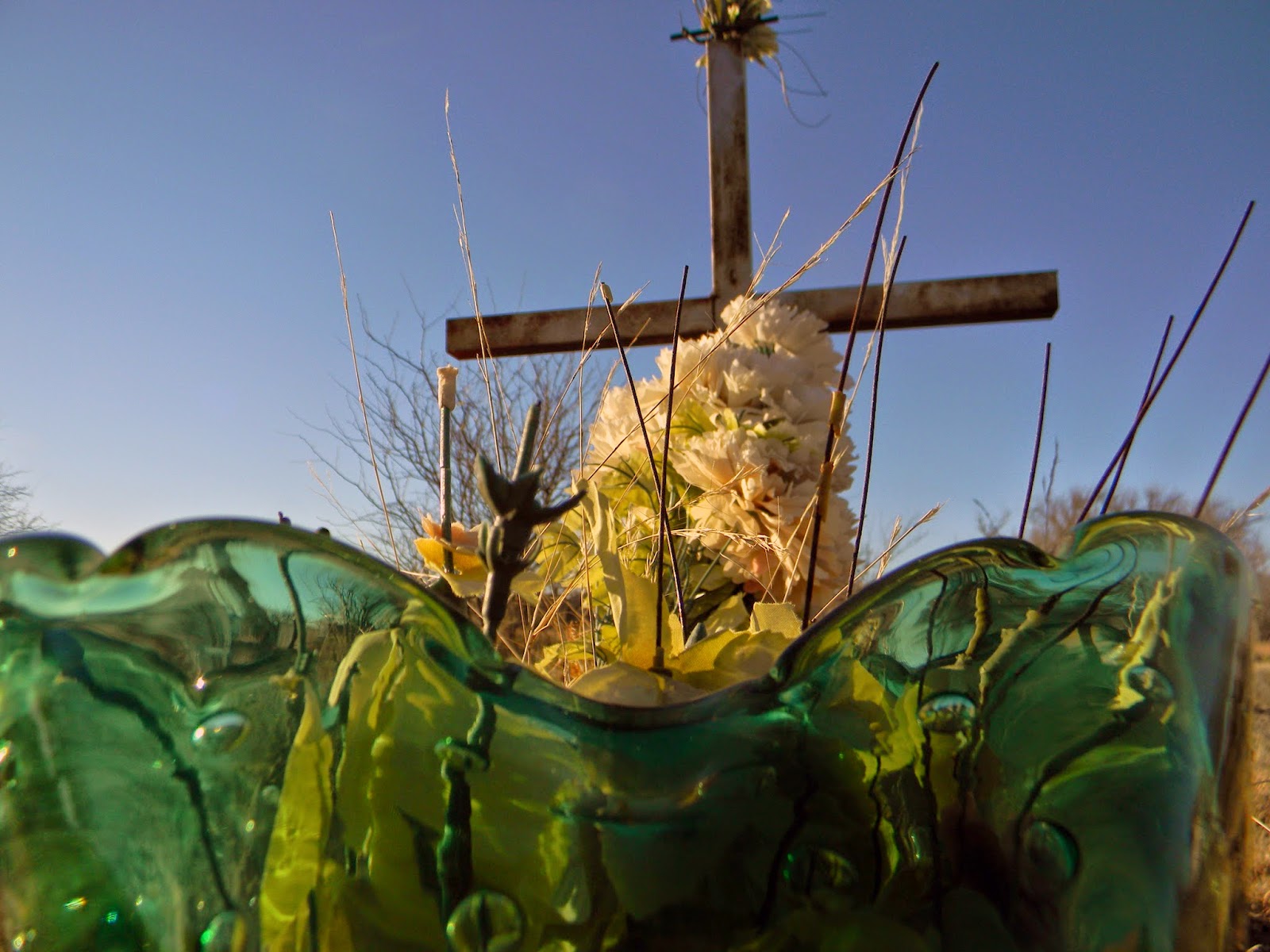 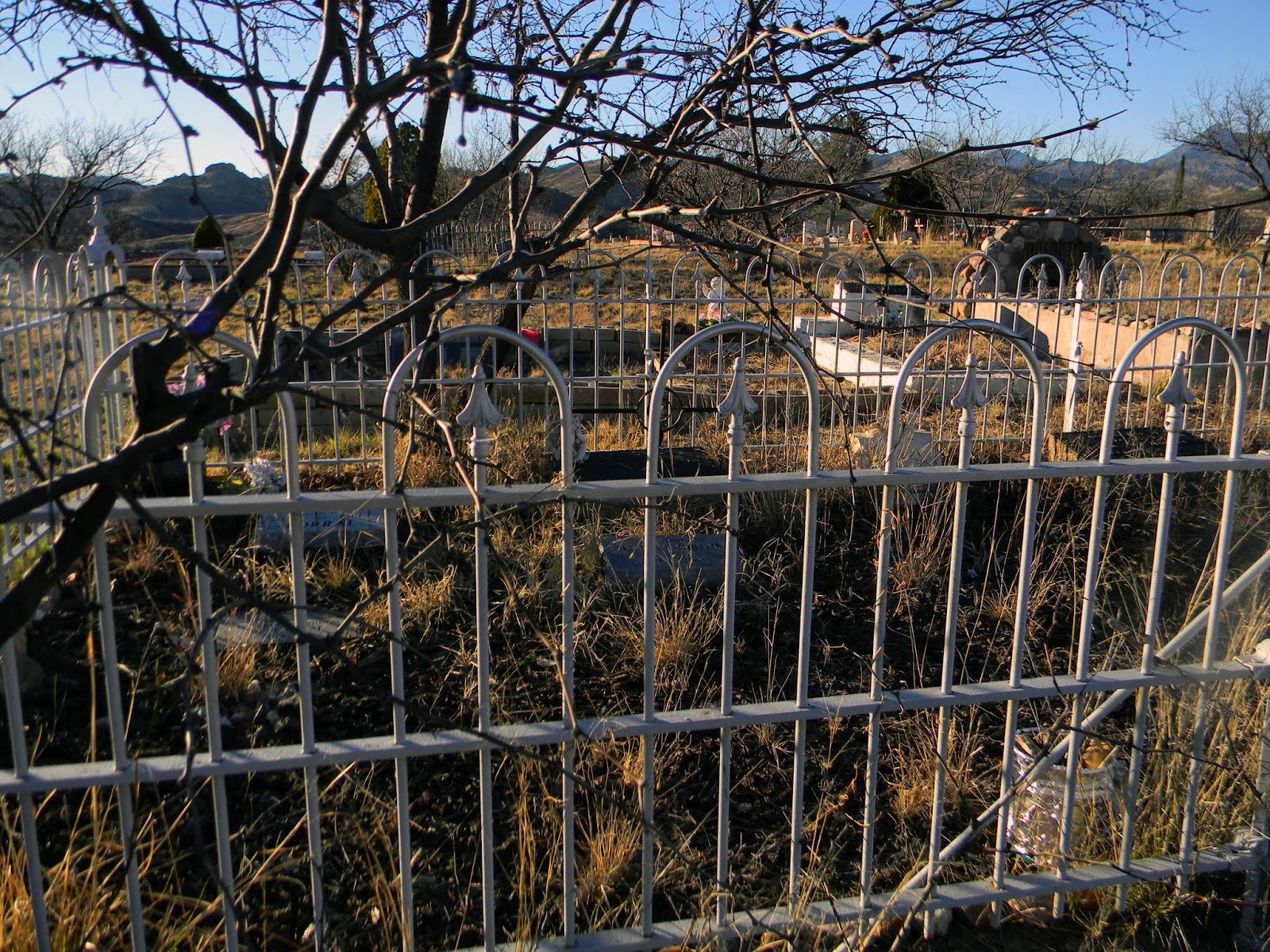 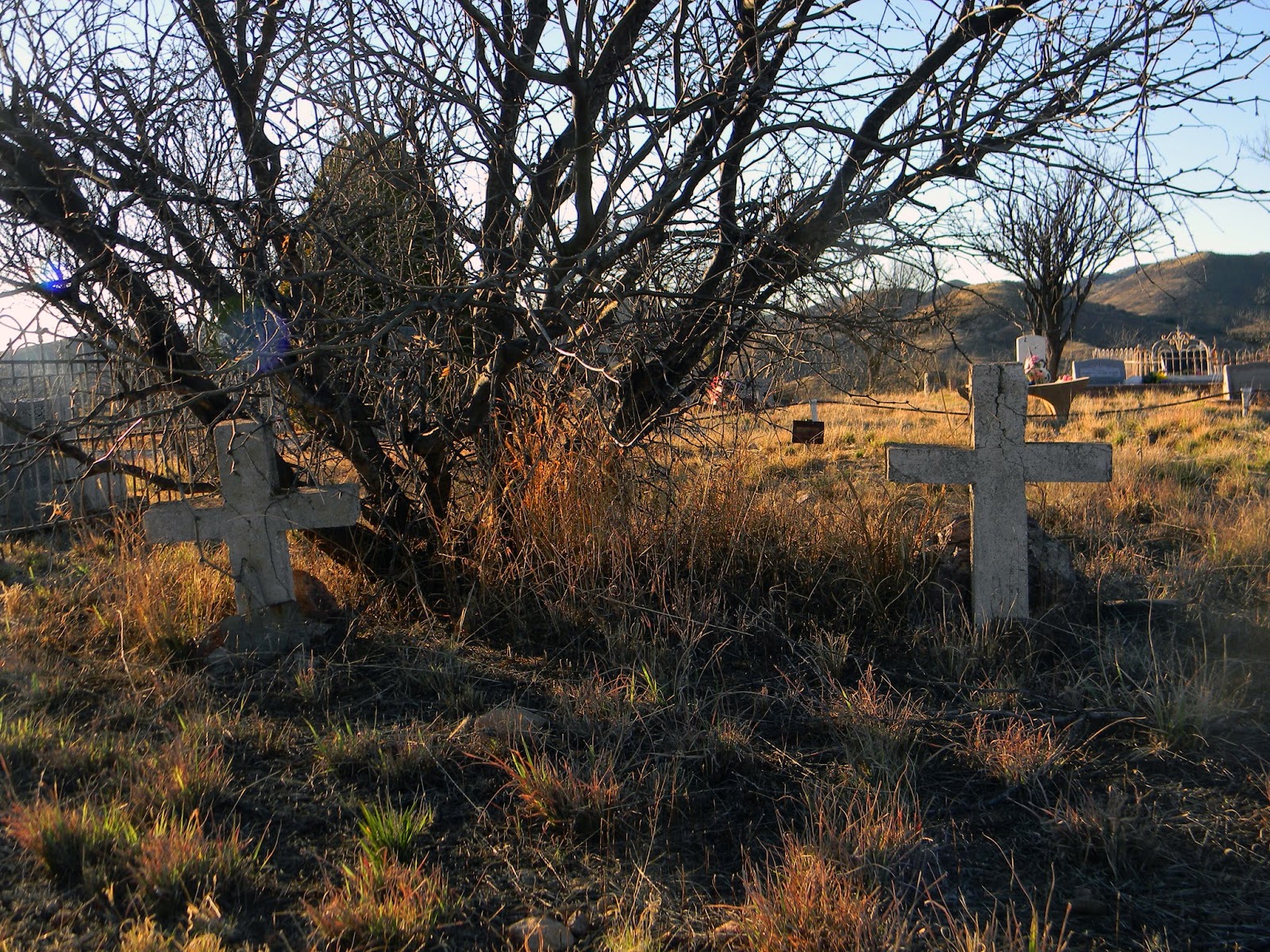 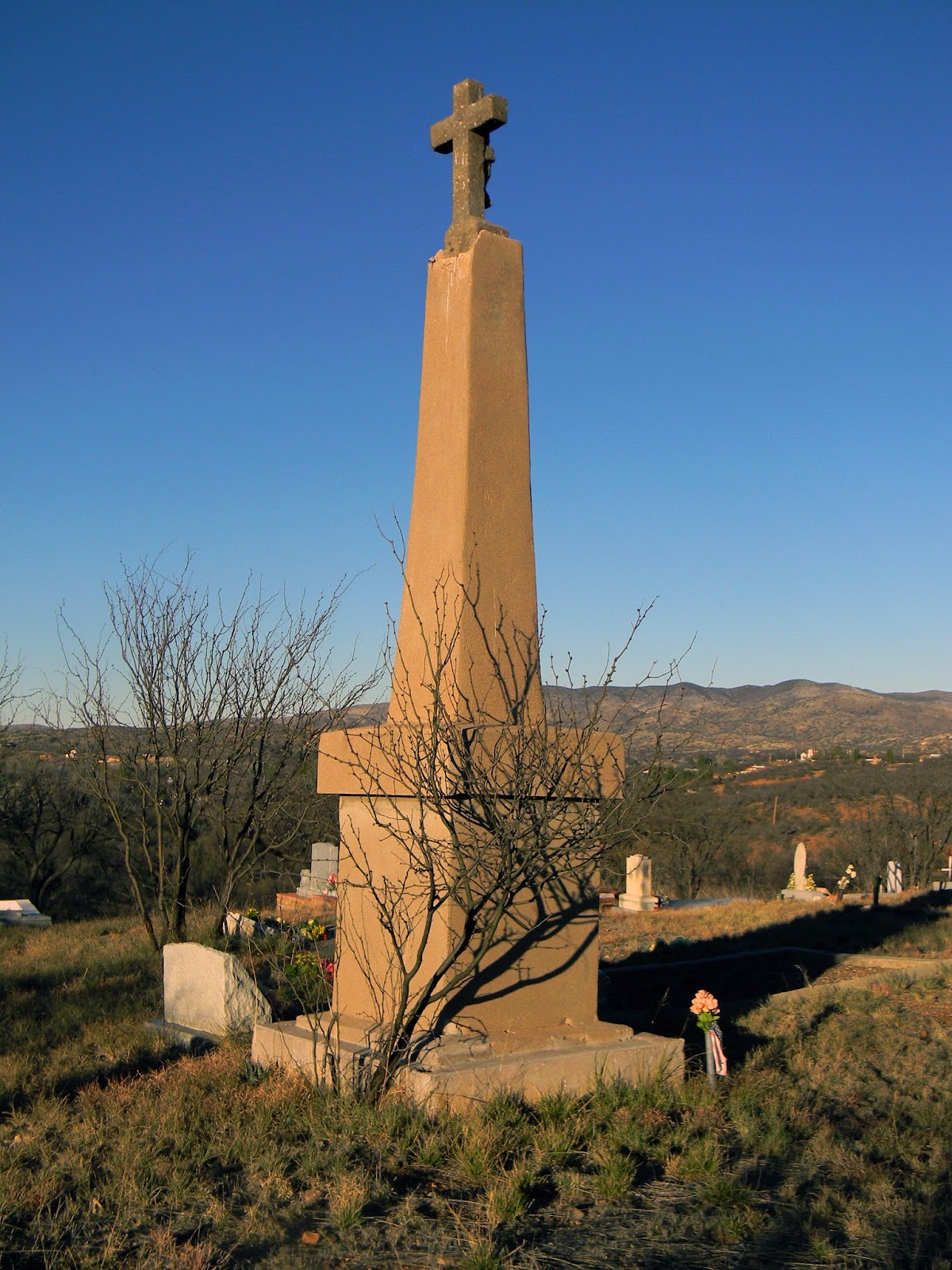 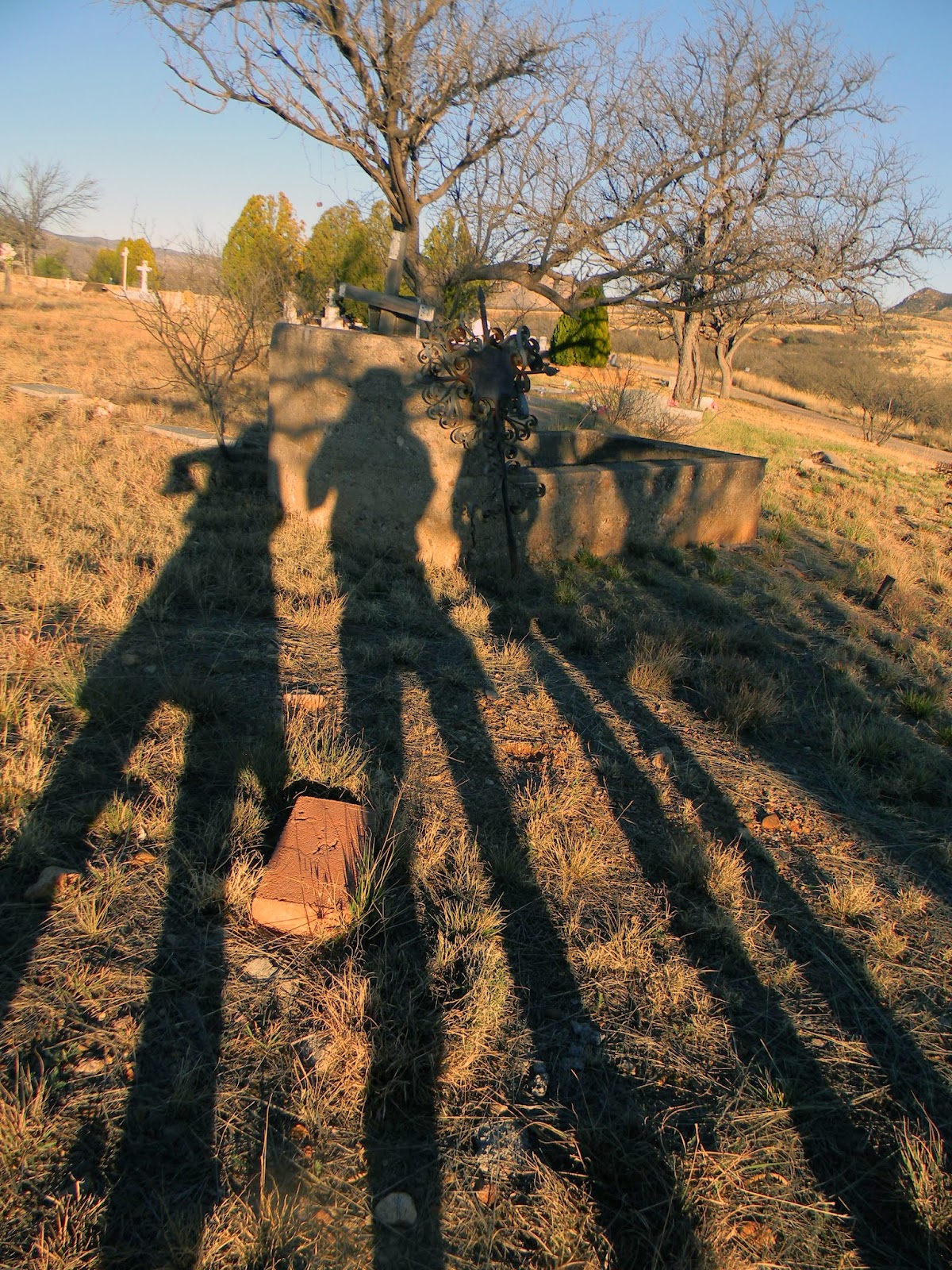