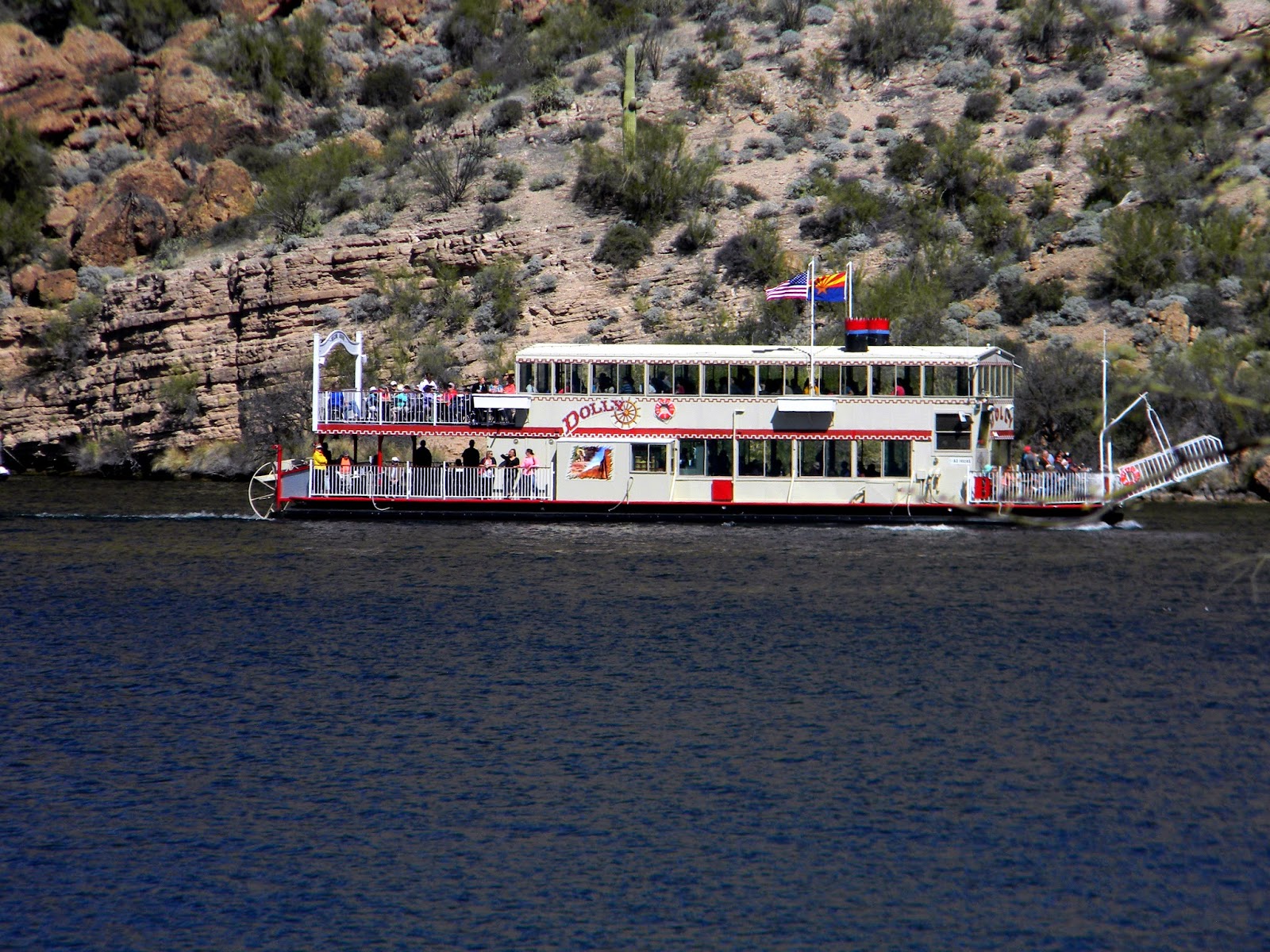 A fantastic way to see the beauty of Canyon Lakes and colorful mountain, consider taking a steamboat cruise.  You will journey the waters of the lake up the bygone Apache Trail to breathtaking 360 degree views of amazing innate formations.  Along with nature’s beauties, you will see desert big horn sheep, bald eagles, other birds, and animals.  You can sit and unwind or stand and walk around the decks of this two story boat taking tons of photos.  While you are enjoying the cruise, your captain will give you an account of the history and mystery of the Superstition Mountains.

The Dolly Steamboat has been managed by the Grimh family for 25 years.  The boat was named after its initial proprietors, Dolly and Paul Kennedy.  They began doing tours in 1983 until 1987 when the Grimh’s bought the steamboat.  Even though the Dolly didn’t reach the waters until the 1980’s, people were enjoying boating on the lake since 1925.  The first boat to hit the waters that year was the 35 foot long S.S. Geronimo.  With its 35 horsepower engine, it traveled at a rate of 15 miles an hour.  This boat carried around 50 commuters with the 5 man crew aboard.  The Dolly is much larger and can handle 142 people along for the ride and moves at a faster pace.

Check out their website for times and rates:  http://www.dollysteamboat.com/ 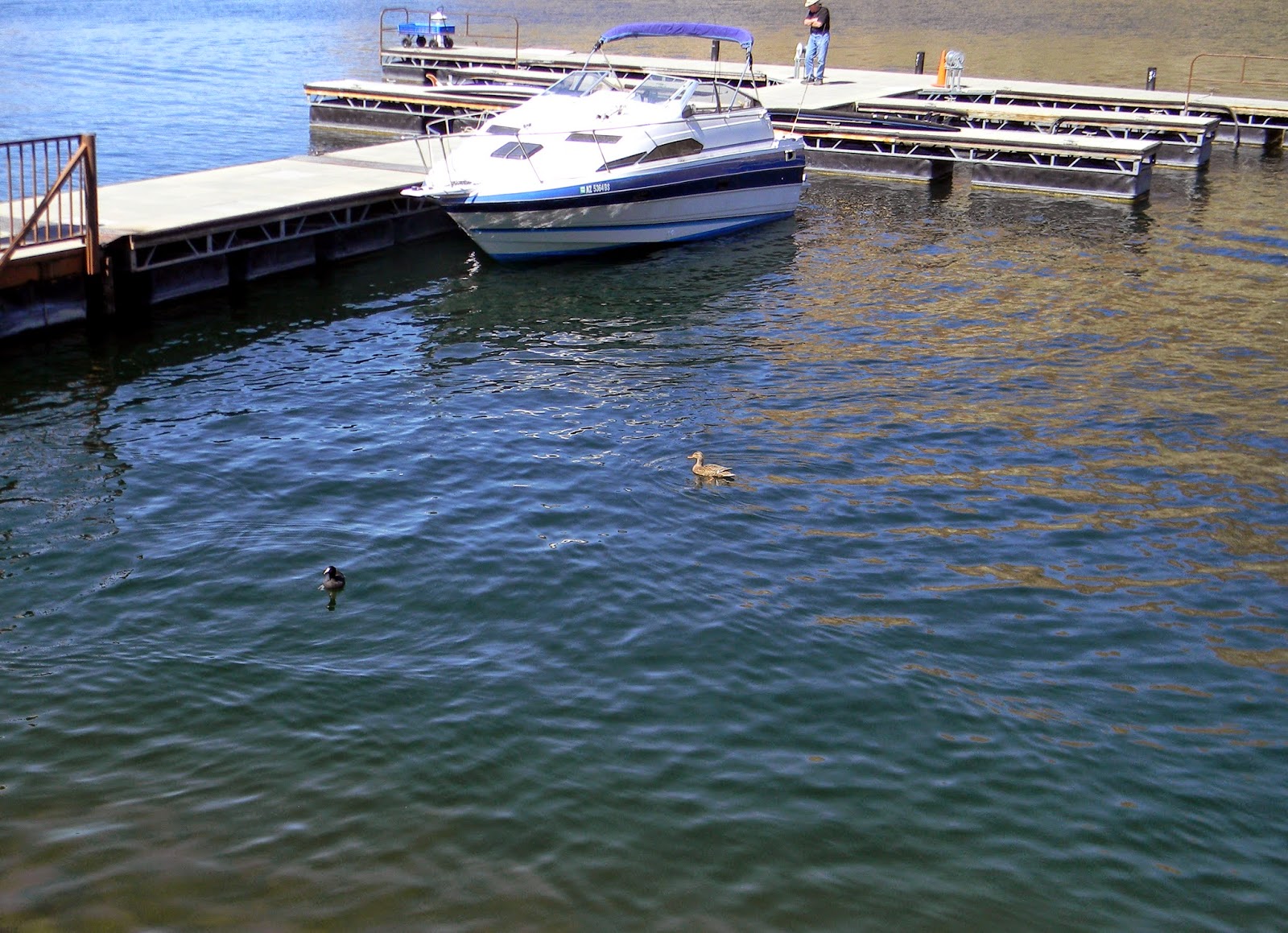 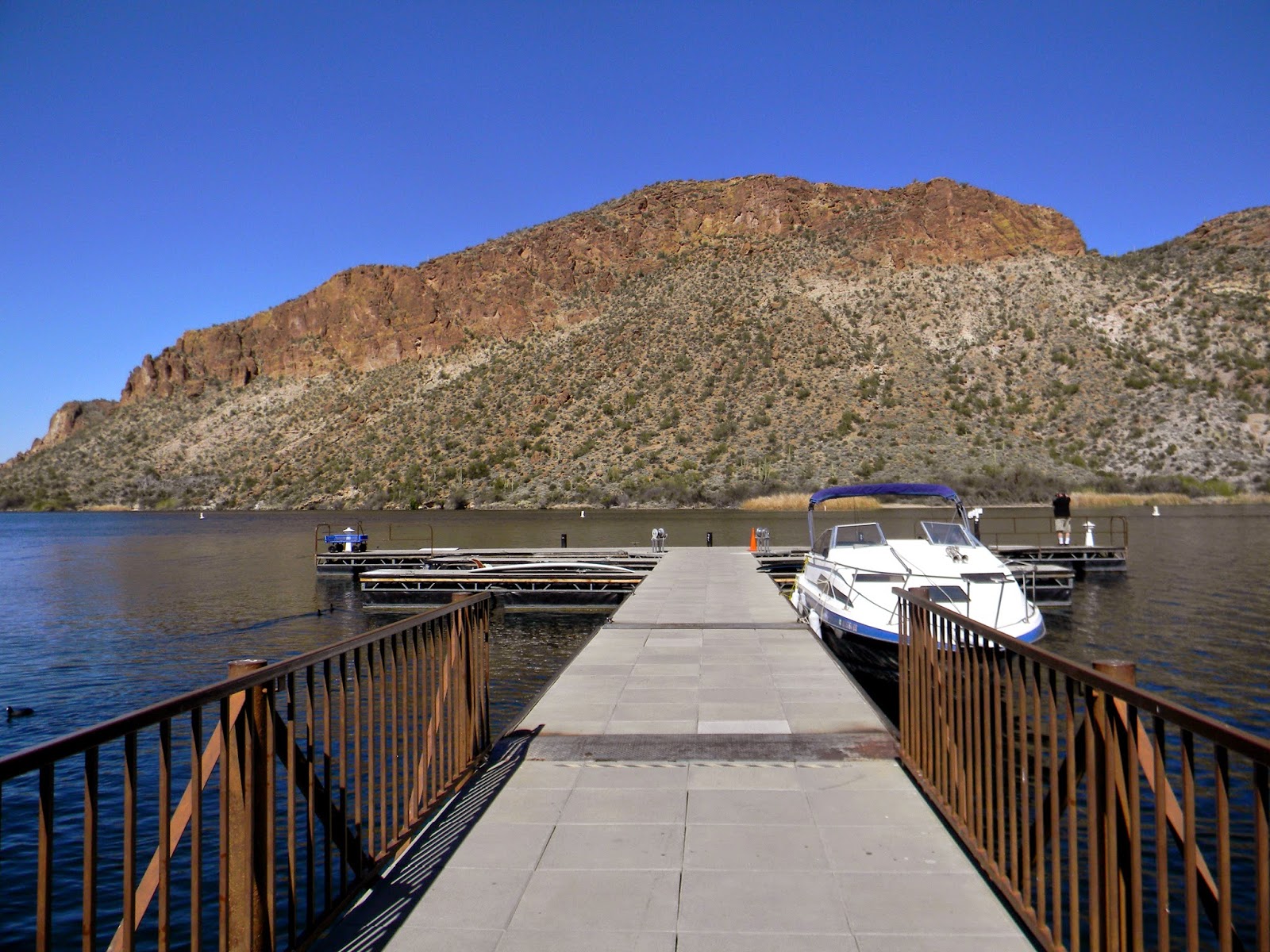 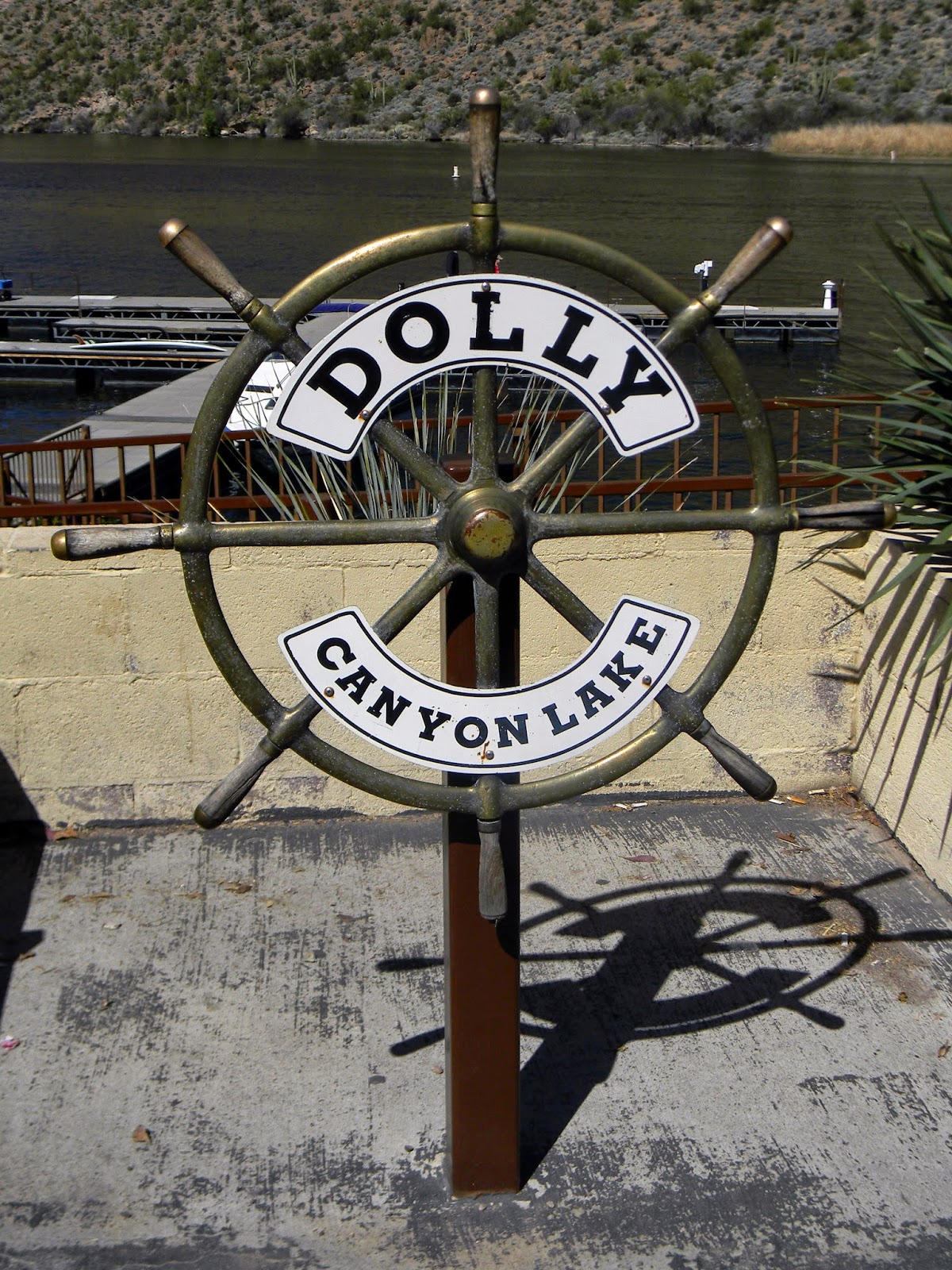 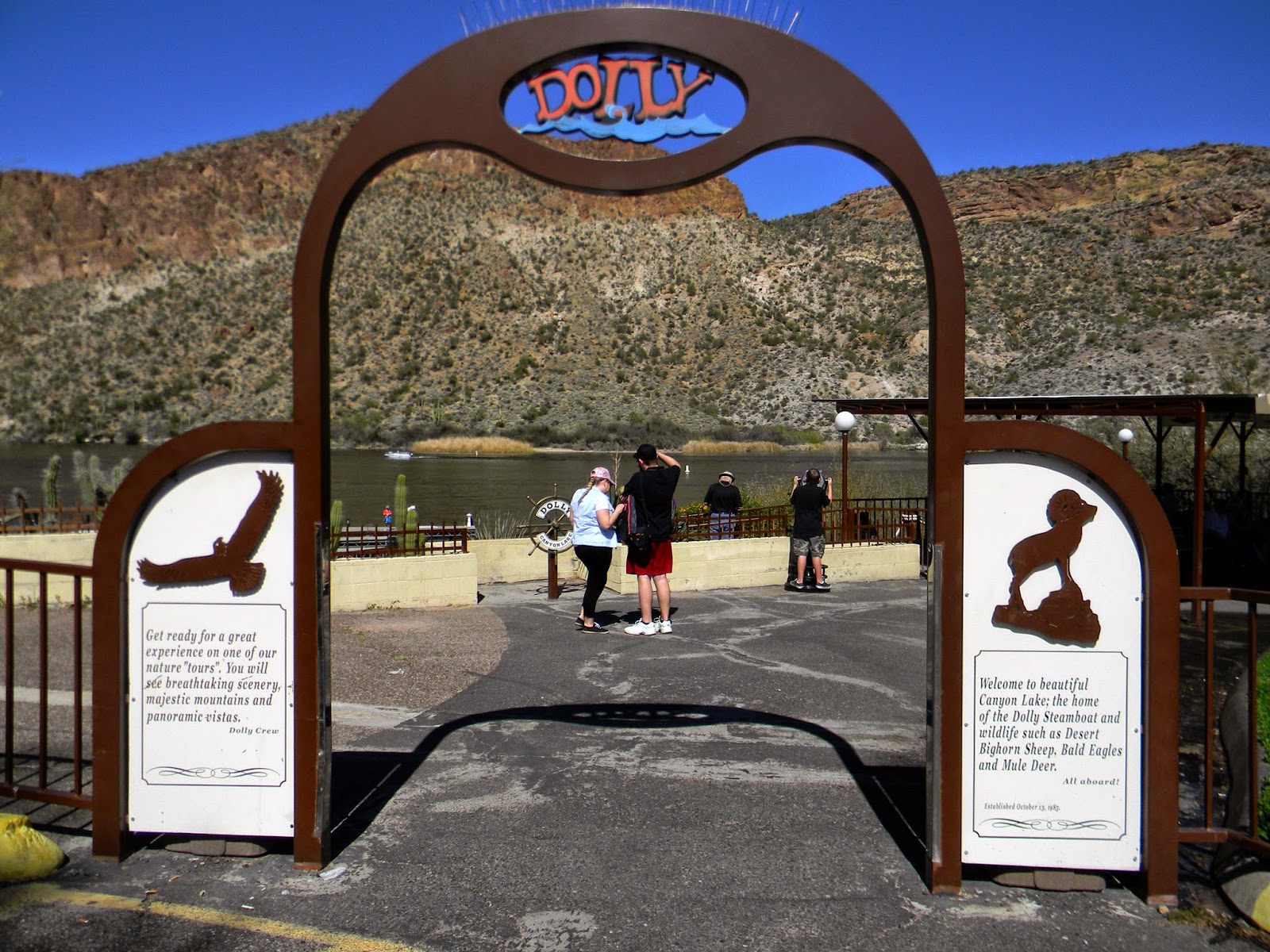 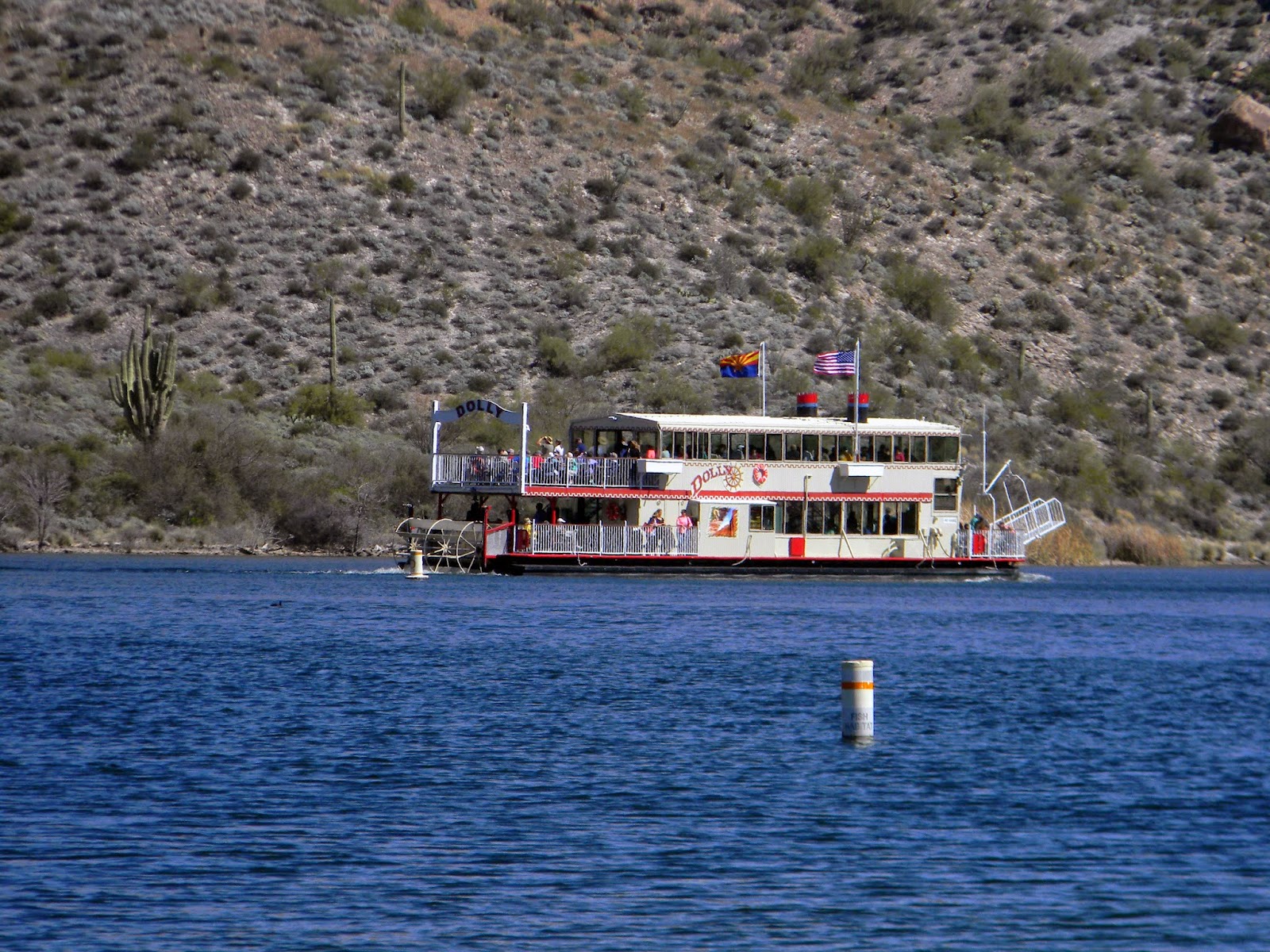