Mysteries and Ghosts of Goldfield 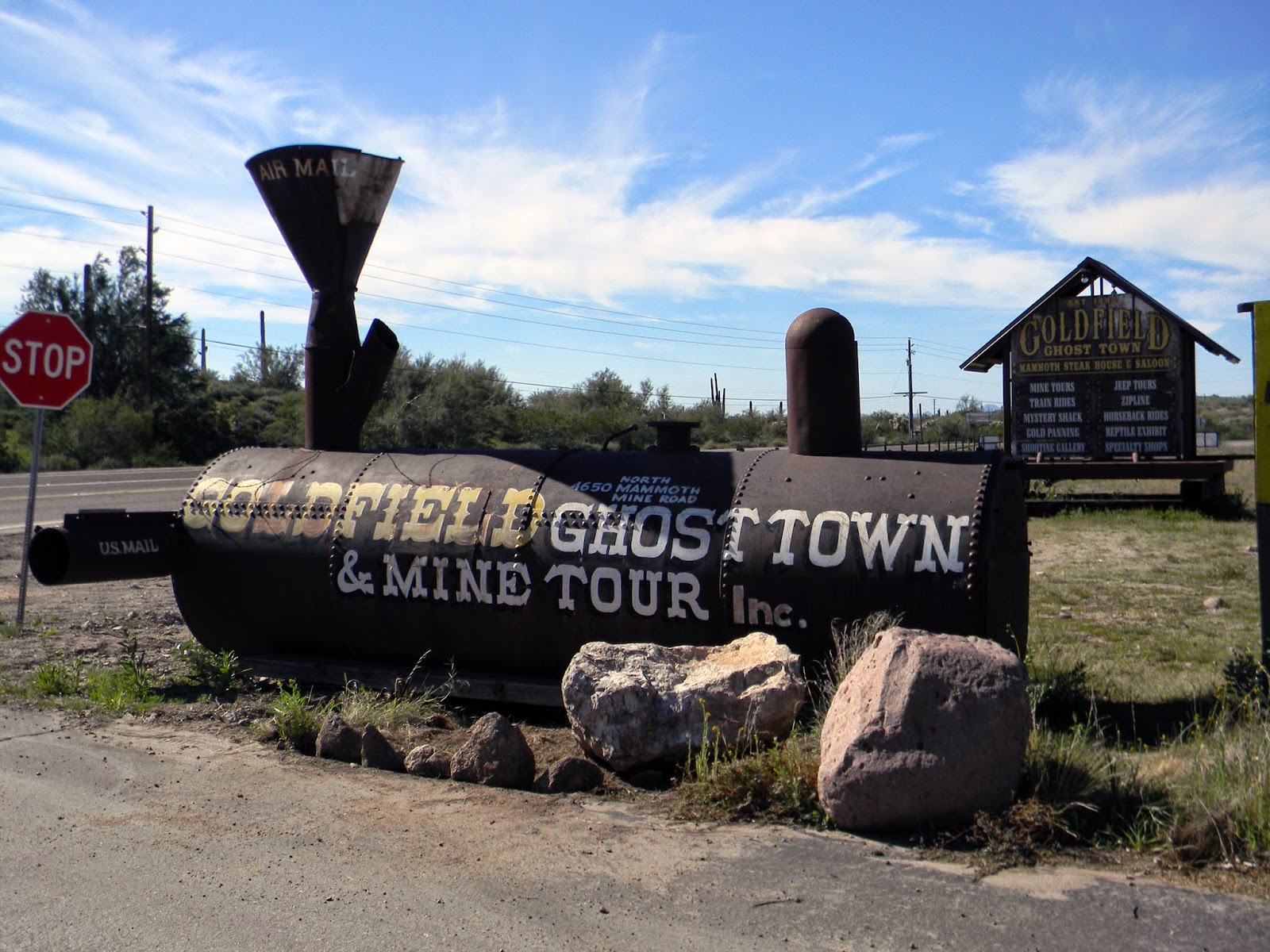 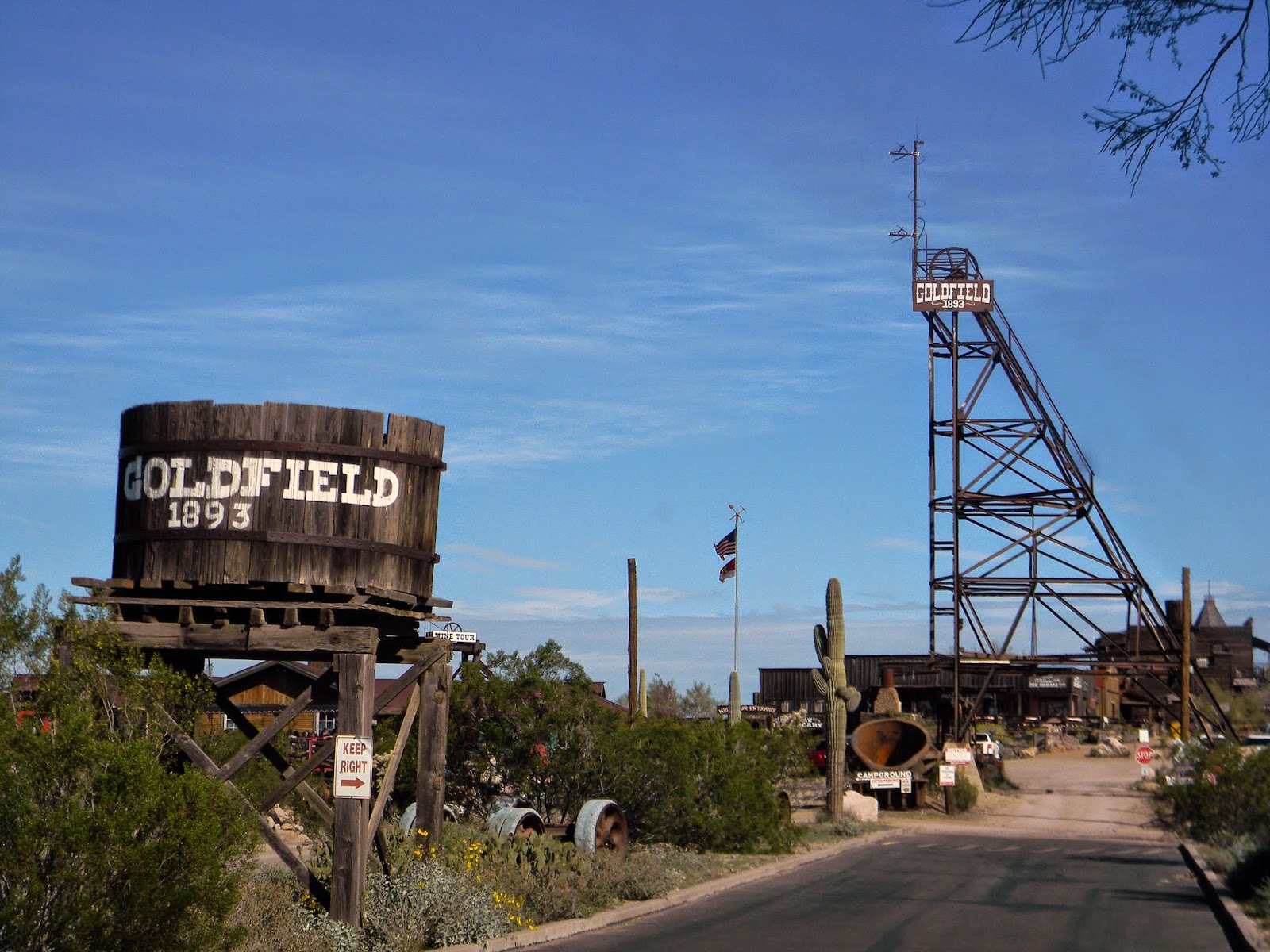 Only a short distance from the Superstition Mountain Museum is the Wild West town of Goldfield.  To one side you have a view of the Superstition Mountains and on the other side are the gorgeous Goldfield Mountains.  It was in 1892 when gold ore was discovered in the region, and not long afterwards, a town was built.  A year later, a post office was also erected, along with three saloons, a boarding house, a general store, brewery, blacksmith shop, butcher shop, and a school.  The town was full of life with many calling Goldfield home.

Such as many of the mining towns around the state had experienced, the vein dried up and the town slowly started disappearing.  Five years after the small town began its life, the mines closed and Goldfield’s buildings were deserted and the place was just a memory.

All hope wasn’t completely lost thanks to Jacob Waltz and his Lost Dutchman Mine.  Many miners and others headed out to the area in search of the mine.  Most would not make it and their bones were left lying in the grips of the mountain for the animals to feast on.  An effort by a man named George Young in the 1920’s to open the mines and create a new town only lasted five years.  Another town left abandoned.

Goldfield got a rebirth when Robert F. “Bob” Schoose took a trip to the Superstition Mountains in 1966 and was fascinated by the area.  He had adoration for ghost/mining towns and seeking out treasure. In 1970, Bob relocated to Mesa to have his vision of an old west town realized.  Unfortunately, the area where the original town of Goldfield was built was in such disarray to consider assembling any structures there.

Luckily, he and his wife were able to purchase a five acre parcel where the Goldfield Mill once stood.  Construction began in 1984 with the mining tunnel and snack bar.  The doors were opened to visitors in 1988 followed by a photo shop, the Blue Nugget, a General Store, the Mammoth Saloon and the Goldfield Museum.

Walking around town nowadays, you will see buildings that look weathered as if they were originally built in the 1800’s.  You have several choices of shops and places to dine.  Check out the history of Goldfield and the area in the museum or take an underground mine tour or hop aboard the narrow gauge railroad train for a look at the entire area.  Behind the buildings and Main Street is a small cemetery, view of the land and horses.  Walking around town are people in period costumes, horses with wagons, and an occasional gunfight.  I have been there a couple times and it is a great place to visit and have that old west experience.

Website:  www.goldfieldghosttown.com
A video about the paranormal activity in Goldfield:  Haunted Goldfield - azcentral.com 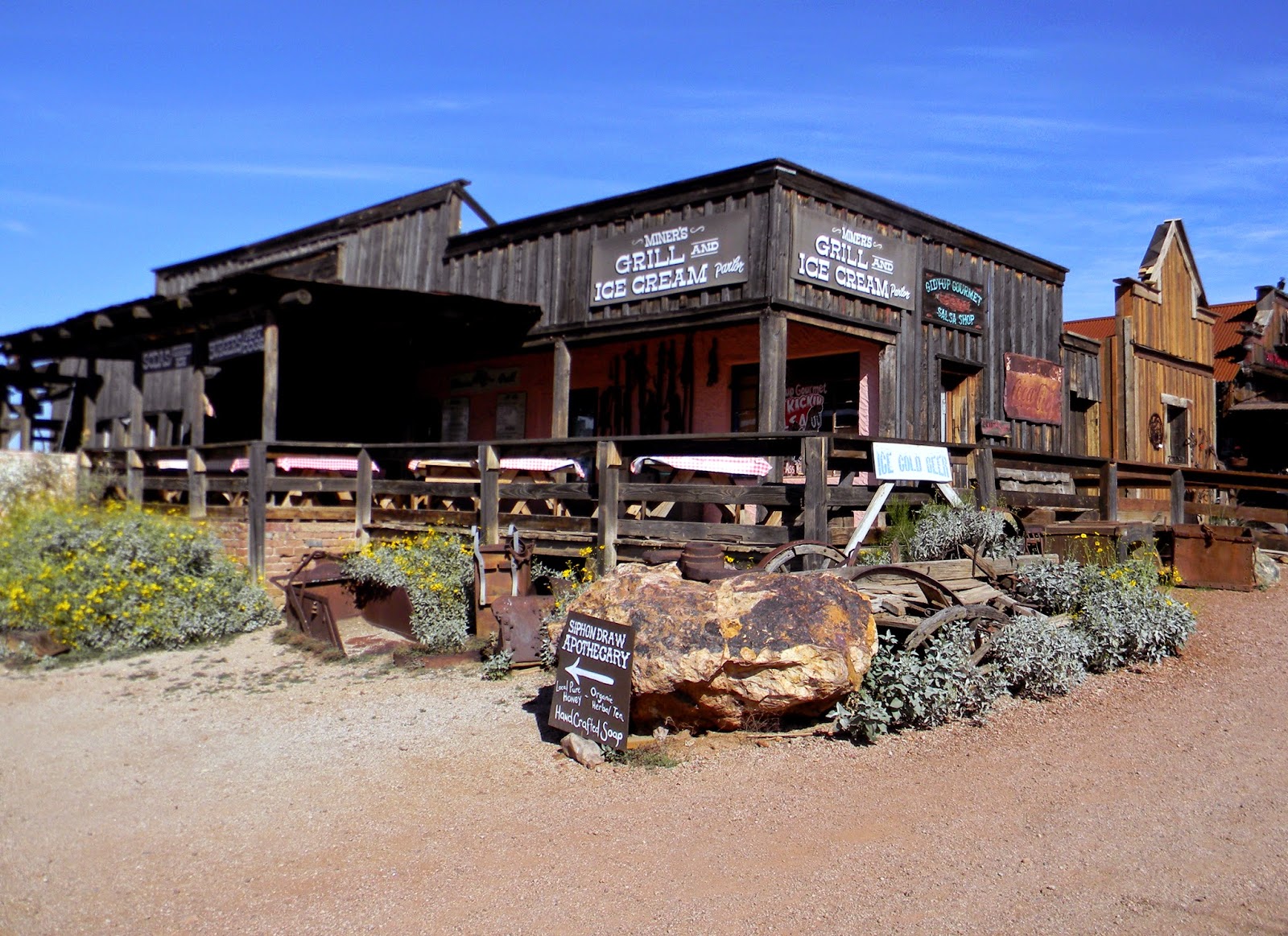 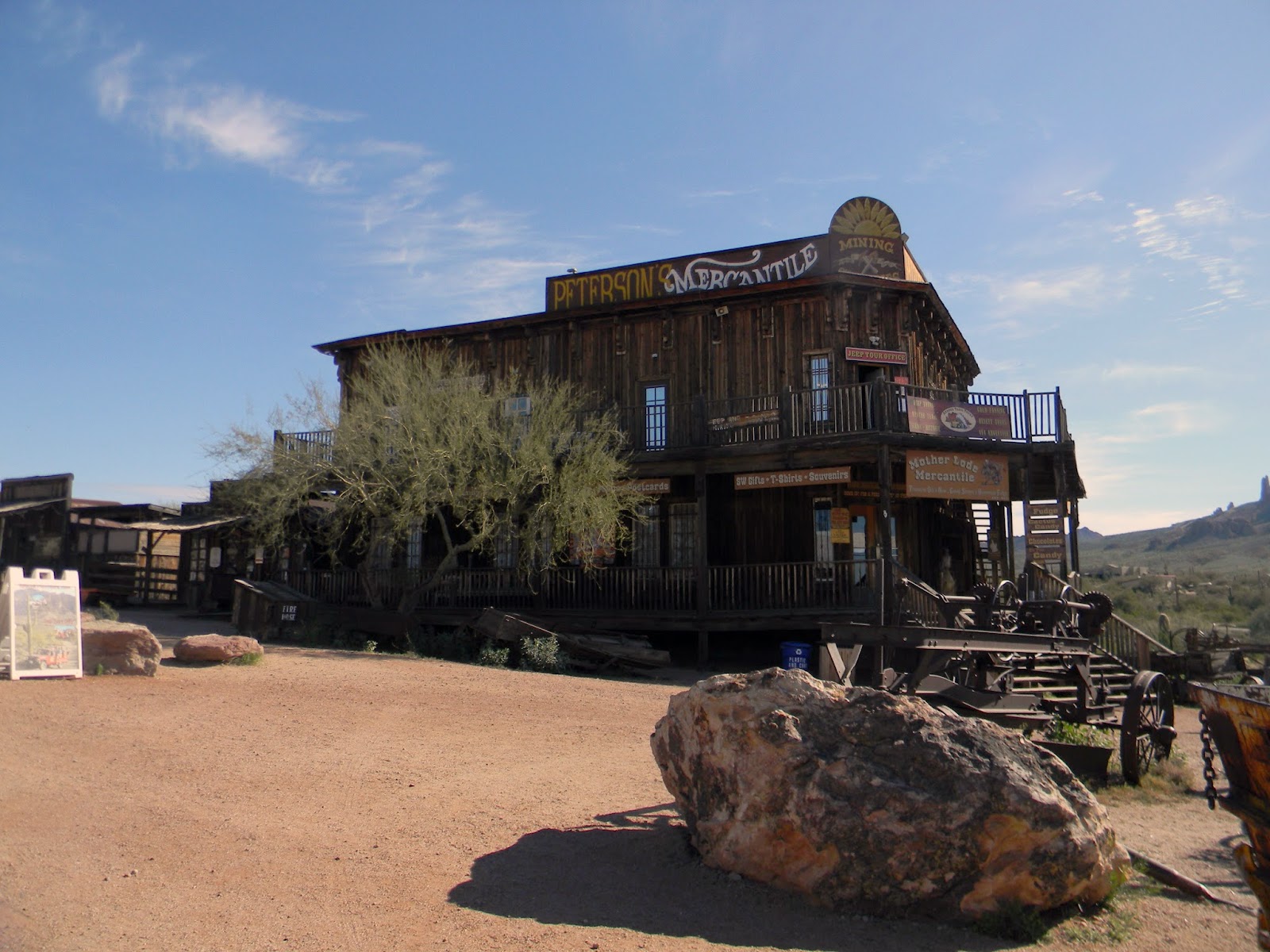 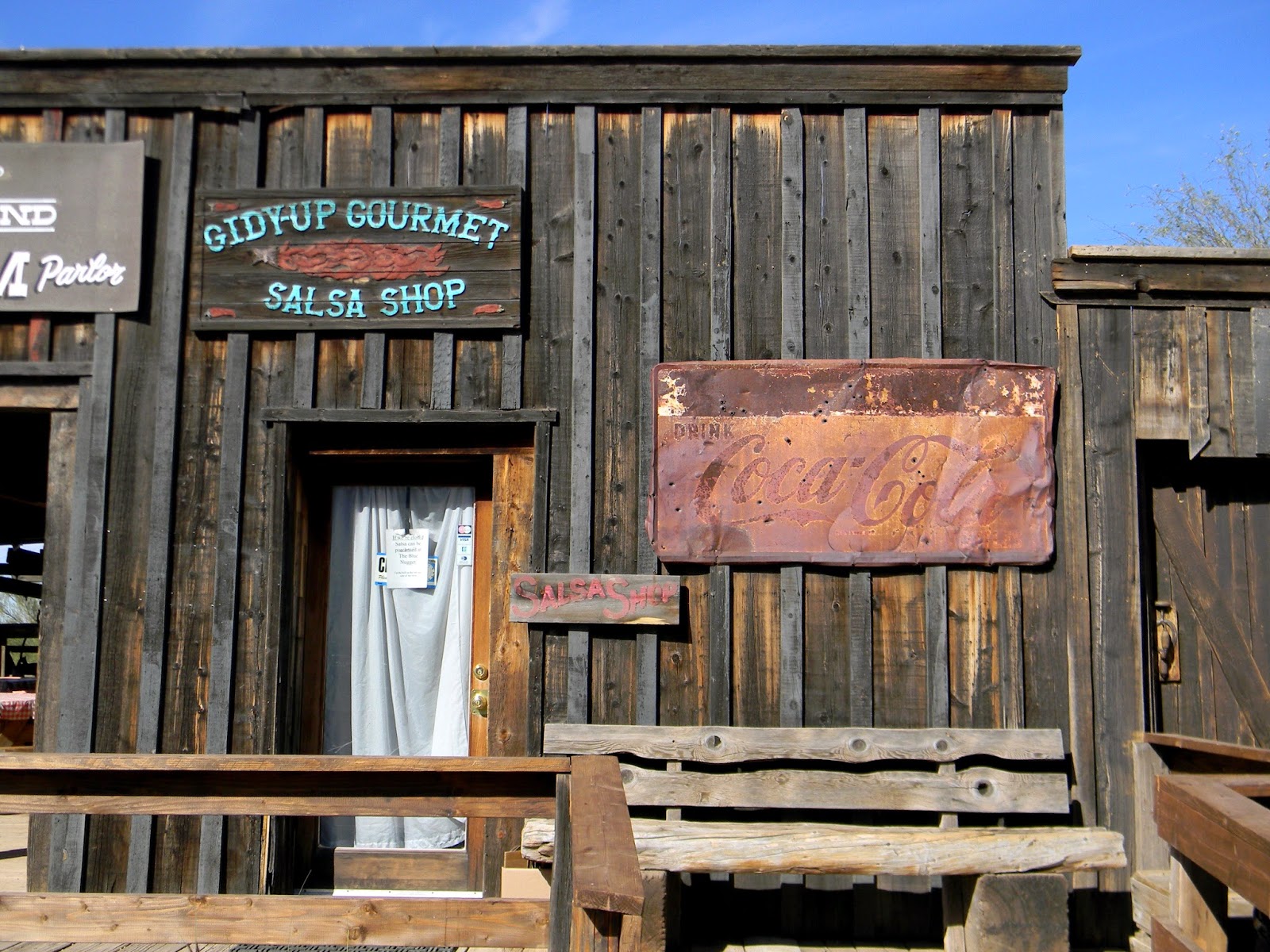 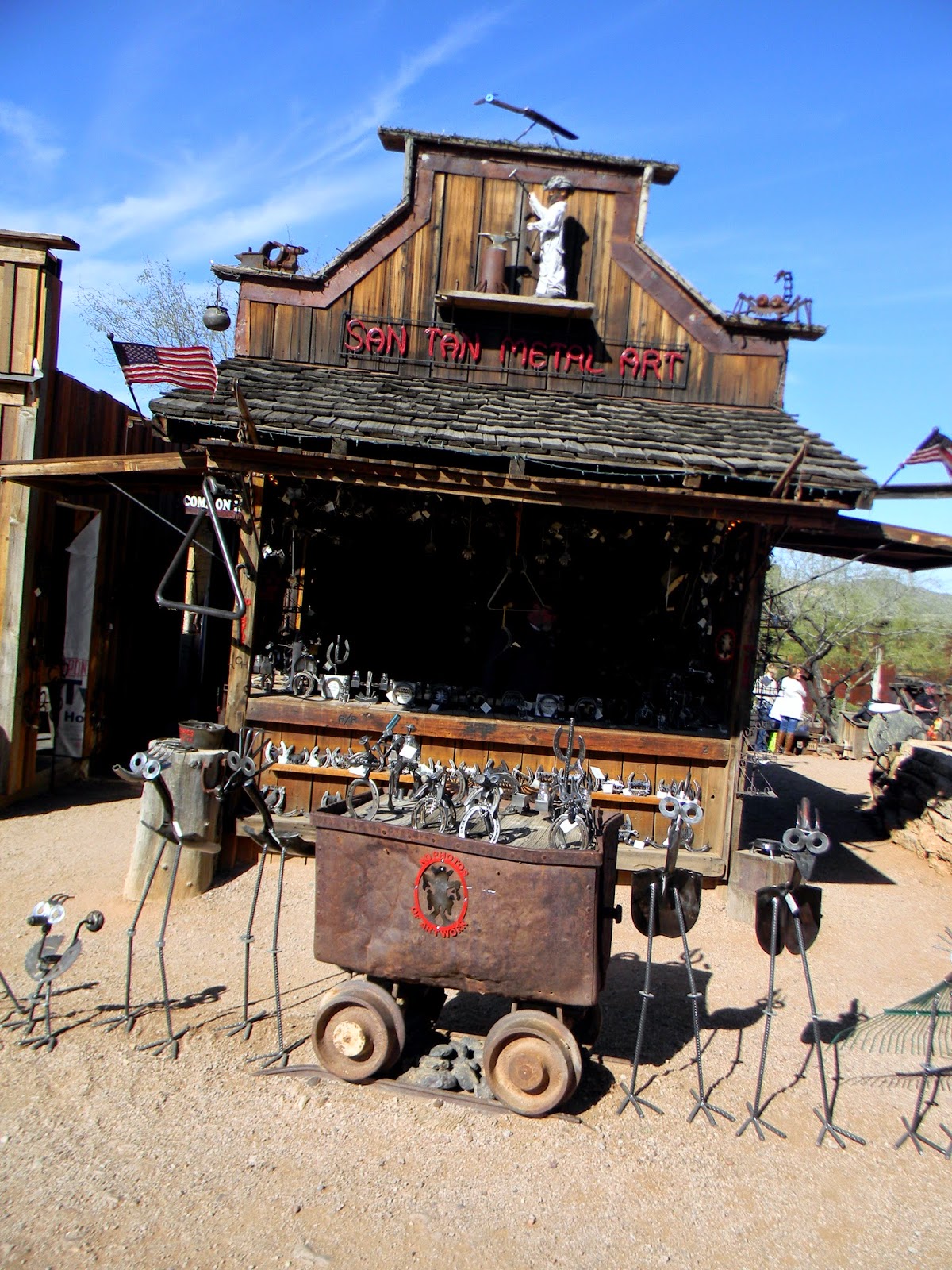 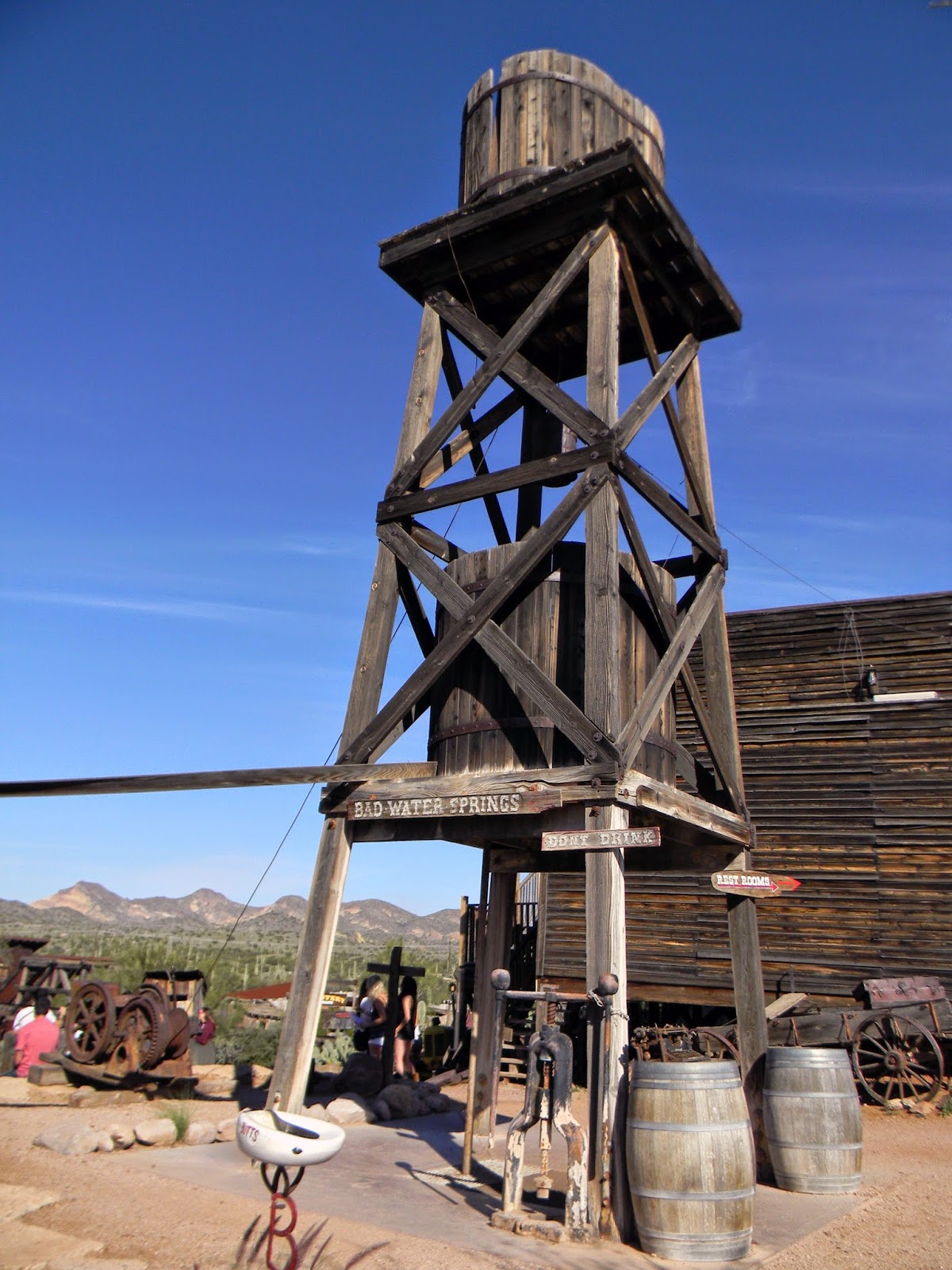 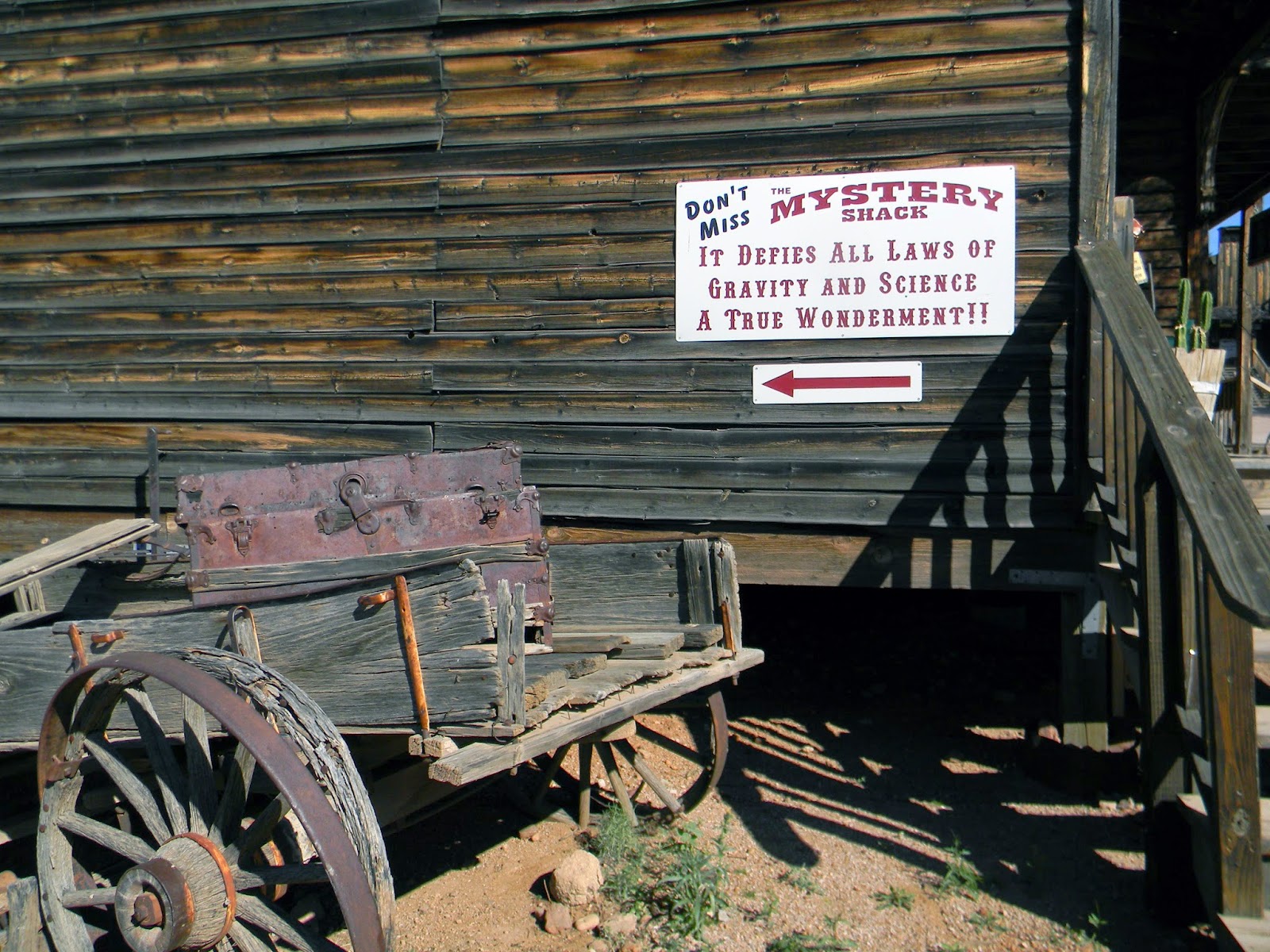 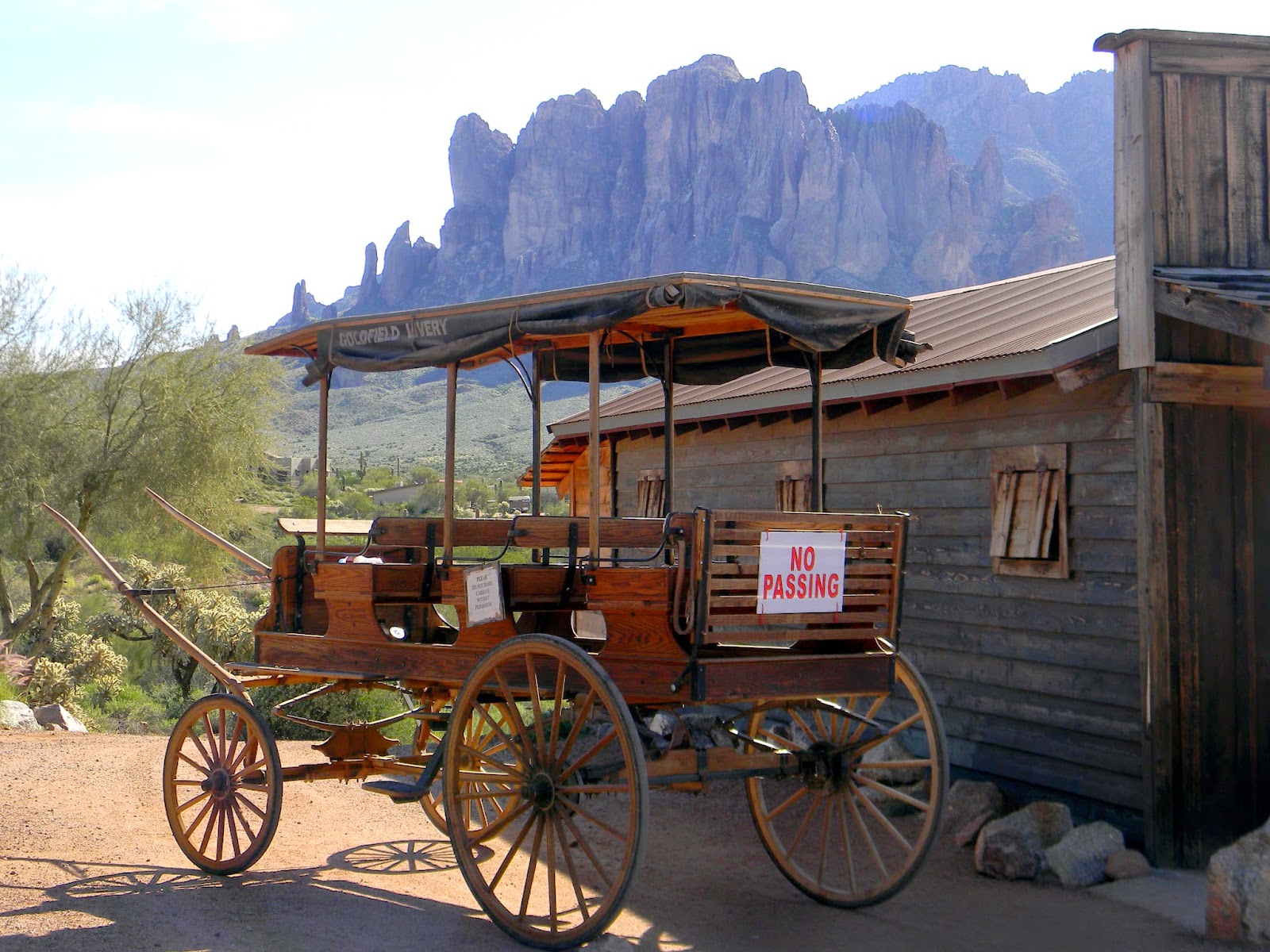 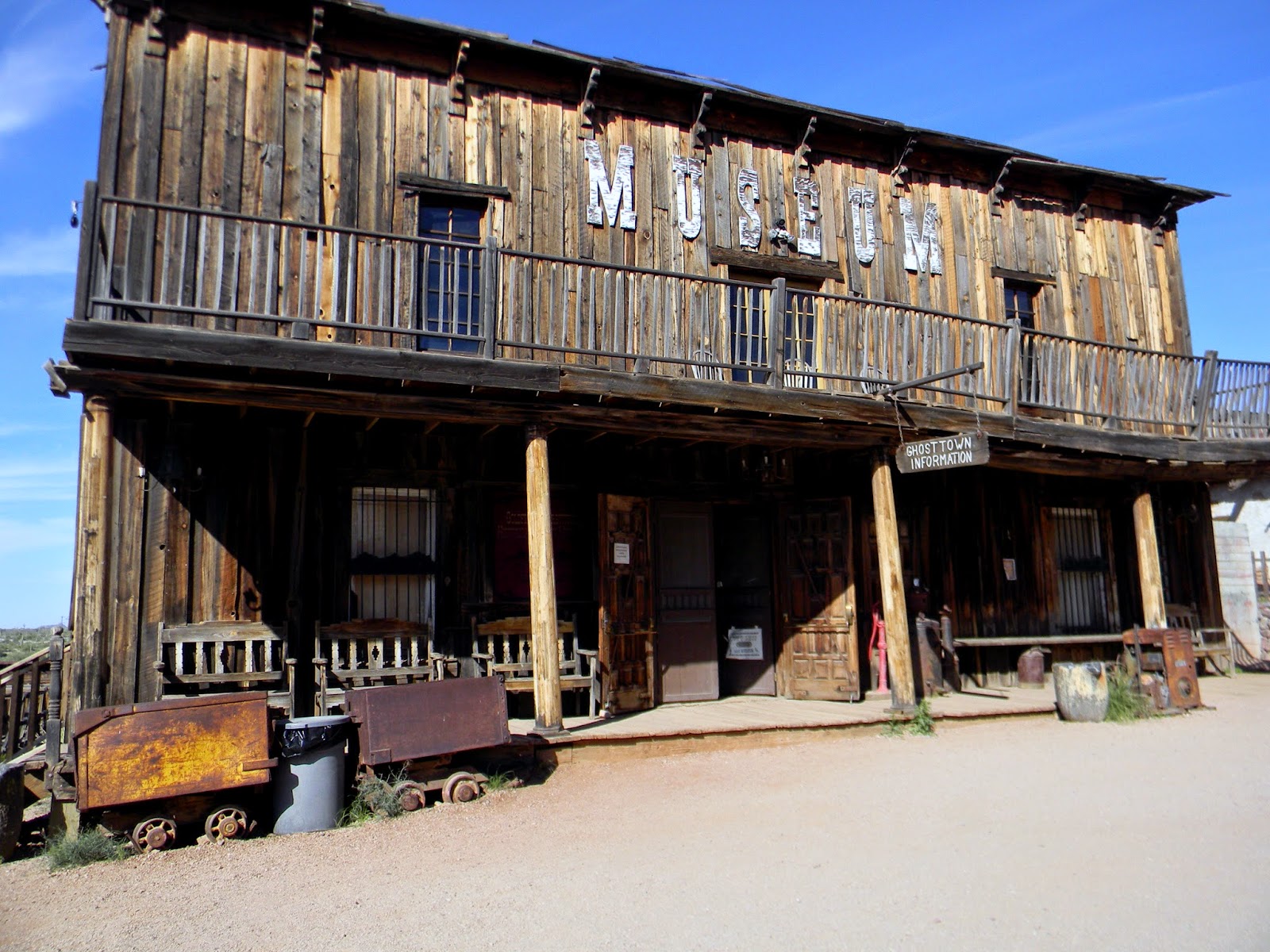 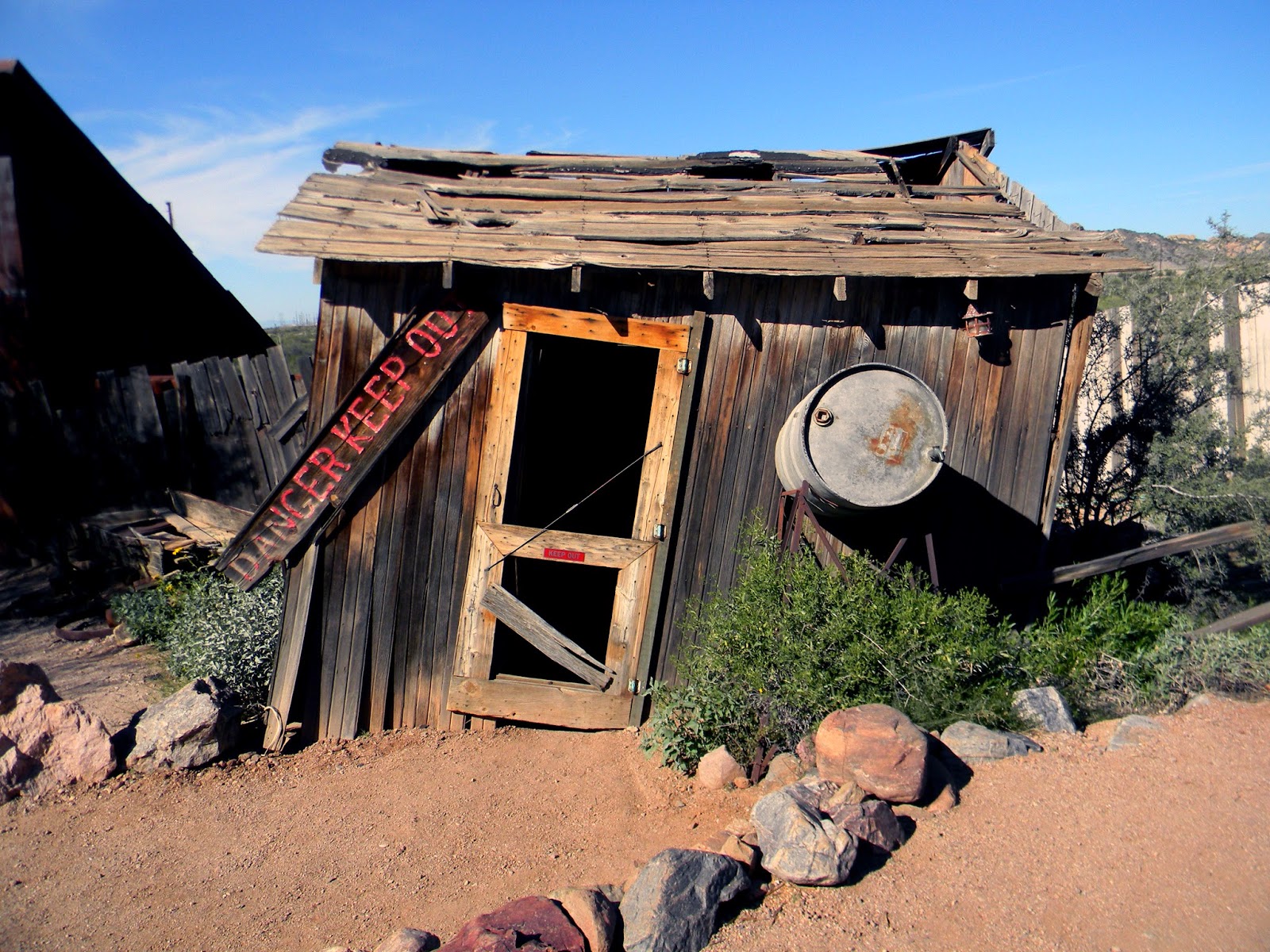 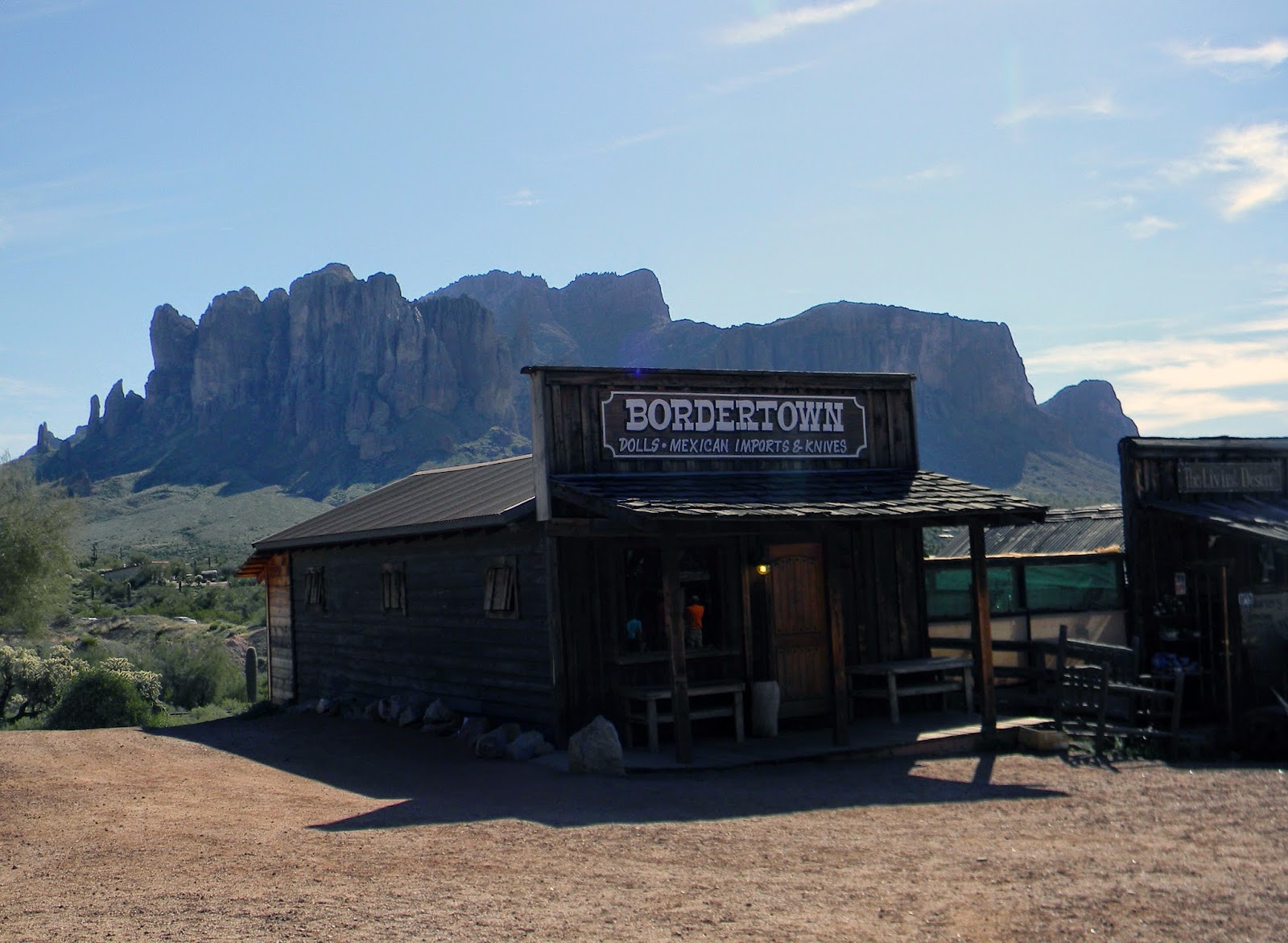 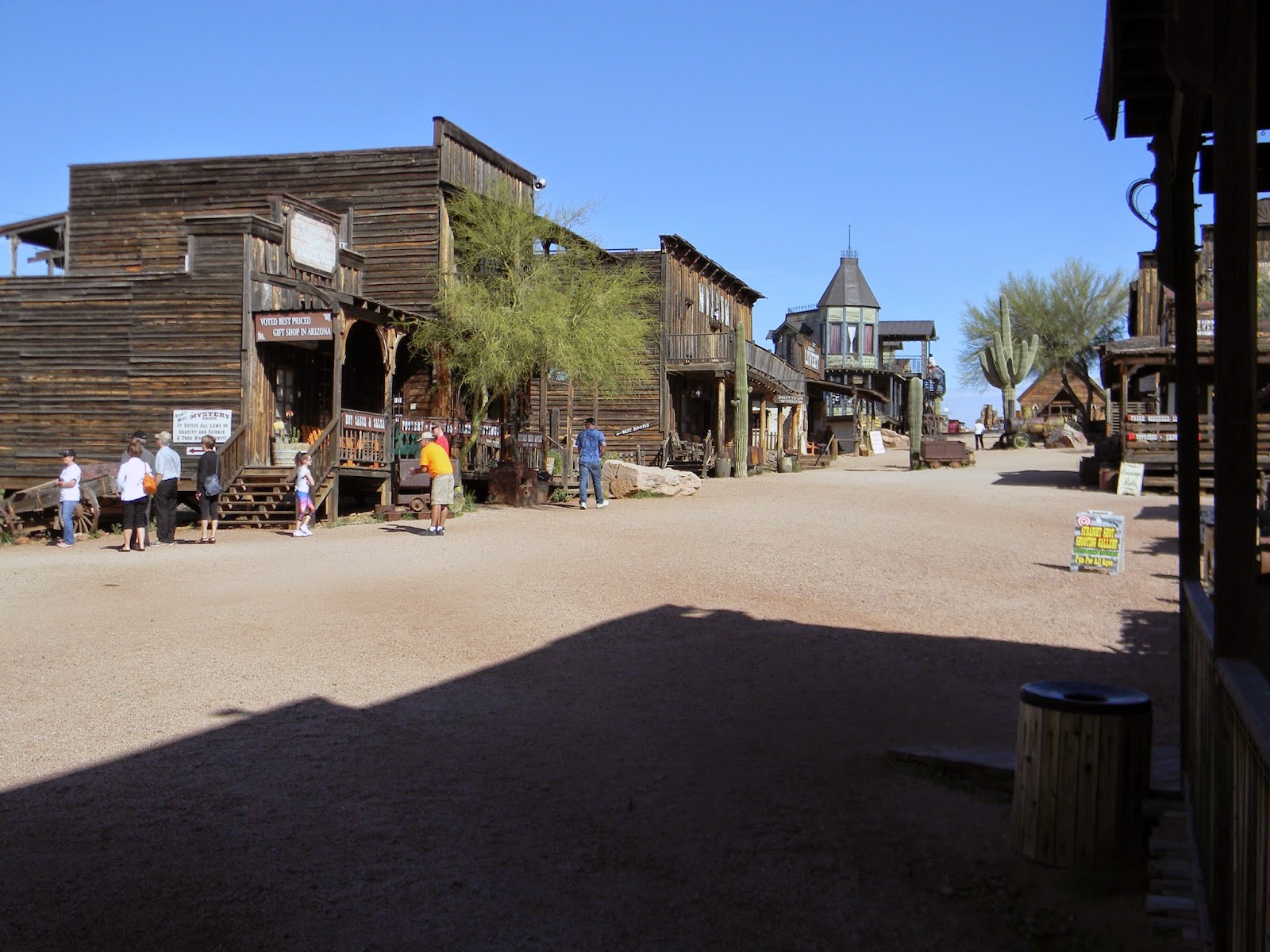