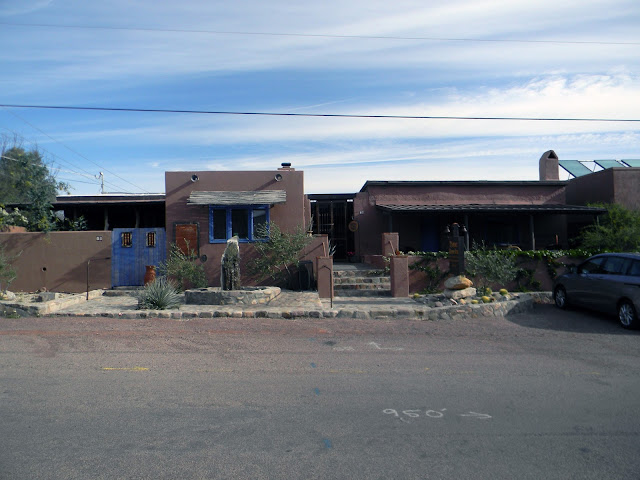 Sadly, I must report that the Poston House Inn is closed.  I found out that the owners sold the property and it is now a private residence.  I was sad to hear this because my sister-in-law and I had a wonderful stay there while in Tubac, AZ.  Our hosts, Mary and Don, were welcoming and showed us around the place before taking us to our room.  I hope they are enjoying their life in whatever they are doing.

“Charles Debrille Poston (April 20, 1825 – June 24, 1902) was an American explorer, prospector, author, politician, and civil servant. He is referred to as the "Father of Arizona" due to his efforts lobbying for creation of the territory. Poston was also Arizona Territory's first Delegate to the U.S. House of Representatives.”  (From Wikipedia)
B&B historical house