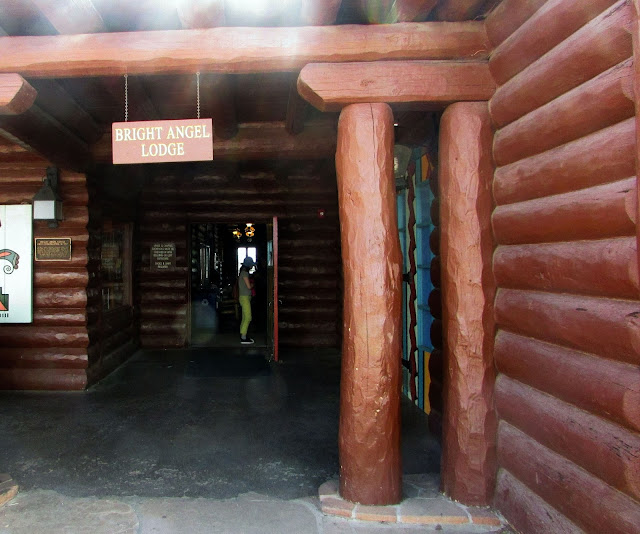 The Bright Angel Lodge is located on the South Rim of the Grand Canyon.  It is a development which was planned by Mary Jane Colter with a main building and several cabins surrounding the area.  James Thurber founded the first structure near the Bright Angel Trail in 1896.  The lodge started as a small wood-framed hotel and was near Buckey’s cabin.  Thurber bought the cabin after Buckey died and added a “tent camp” for the tourists for which he called the Bright Angel Hotel/Camps.

Thruber later sold the Bright Angel establishment to Martin Buggeln.  After the nearby El Tovar Hotel was built, the old hotel building was renovated and cabins replaced the tents.  Since El Tovar was more for upper-class people, the Bright Angel set their sights on the middle-class people.

The lodge’s building has a shallow-pitched gable roof with a large overhang covering the porch and entrance.  The interior is constructed with hand-adzed logs, adobe and local limestone.  There is a large stone fireplace in the lobby which emulates different colorful layers found in the Grand Canyon.  Inside each cabin are decorations of antiques and facsimiles of various arts. 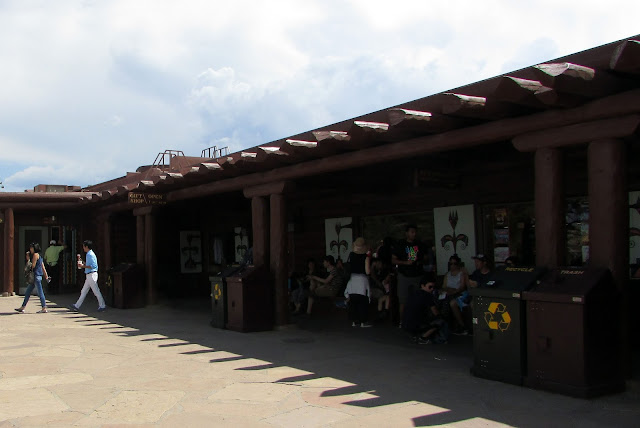 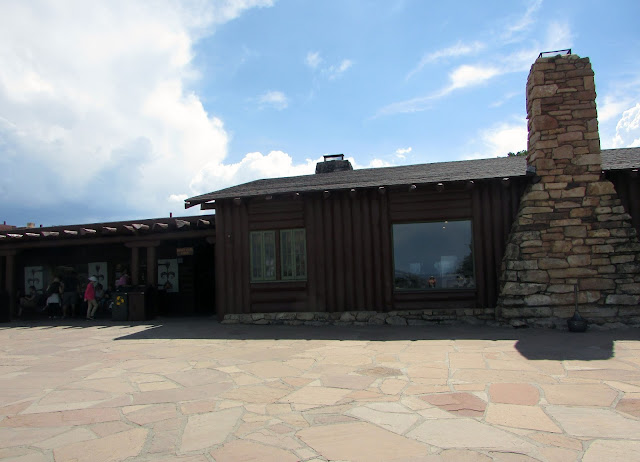