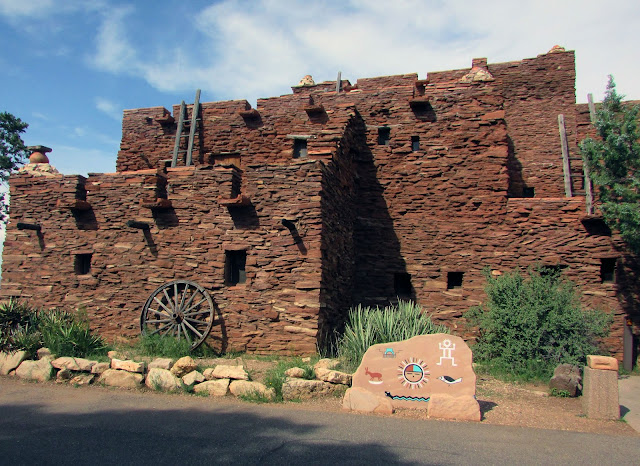 Found at the South Rim of the Grand Canyon is a building which looks like a historic Native American structure.  The Hopi House was constructed in 1904 and also designed by Mary Colter.  It was built as a place to purchase Native American crafts that were fashioned by local artists. The outside resembles a traditional Hopi pueblo.  The material used for the outside is sandstone of different sizes giving it a step pattern.  The roof is flat and serves as walkways as it does in other Hopi buildings.  All the windows are meager in size as well as the doorways.

Inside, the walls are adobe; the ceilings are twigs, grass and covered with mud.  The staircase is adorned with paintings by an anonymous Hopi artist.  The floors look adobe but are cement but were covered in hard wood in the 1930’s.  The third floor used to be an apartment for the previous managers, but is now used to store original items.

It opened its doors on January 1, 1905 which was two weeks before the El Tovar Hotel opened. 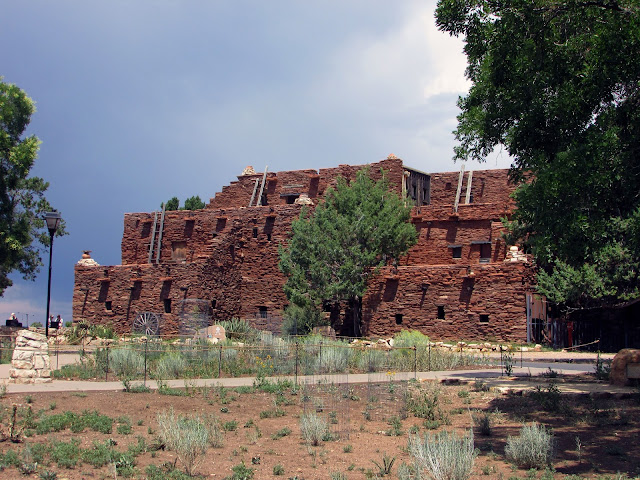 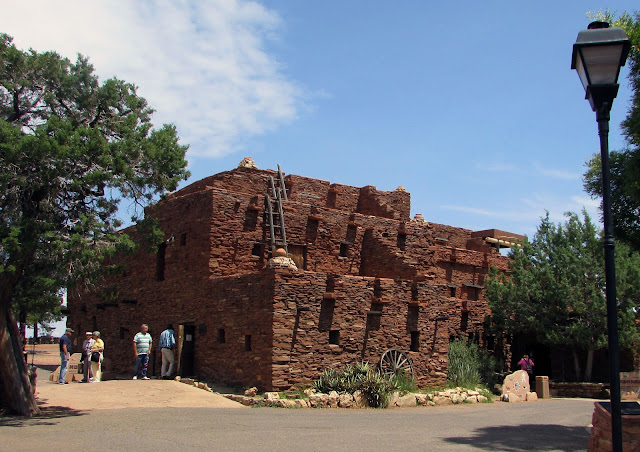 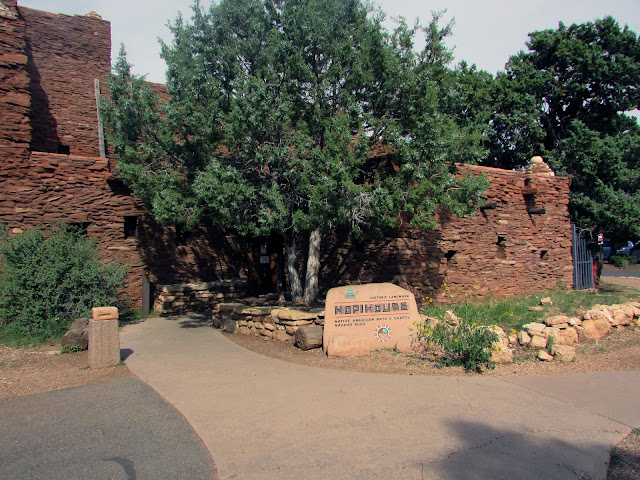 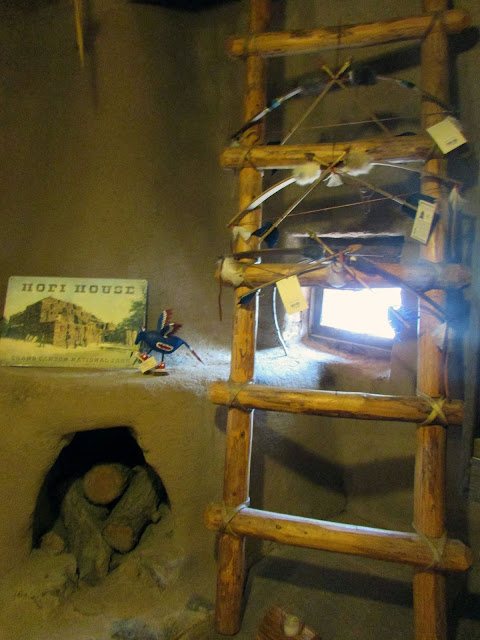