In the 1900, sugar beets were a profitable product in many states around the country. One person who took note of this was businessman W. J. Murphy, who was the founder of the Arizona Improvement Company for water and land development. Glendale was one of the many growing agricultural communities connected to a canal and irrigation system, which makes it a great location for a sugar beet factory.

Since the early 1880’s, sugar beet factories were built in many states with the desire of changing sugar beets into granulated sugar. Murphy pushed for a large factory to be built in Glendale after successful experiments proved that sugar beets can be manufactured in the Salt River Valley.

In the summer of 1903, construction began on the Sugar Beet Factory just on mile east of Glendale’s business district. But by December, construction had to be temporarily stopped because of financial woes leaving only the steel frame standing. By 1906 with construction resuming, the huge factory was completed by the end of July. The main building was five stories high in one area and three stories in the rest. It was surrounded by a boiler house, a lime kiln house, a repair shop, and a 165 foot smoke stack with a 30 by 30 foot base. Also on the land were a sugar warehouse, beet sheds, and an office building. With all the machinery in place, and all the beets in the sheds, the factory was ready to go. On August 11, 1906, with many residences watching with excitement, the switch was thrown, and operations had begun. The first bags of sugar that came off the line were rich in color and very high grade.

Throughout the years the sugar beet factory went through many changes. It had few different owners, was referred to by different names, sustained weather damages, and lost its smokestack after being hit by lightning in 1951. In 1985 the factory closed its doors for good. Today the building is just a shell of what it once was.  It is abandoned with the spirits of the workers still roaming its deteriorating walls. 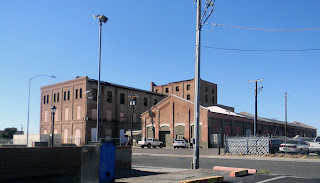 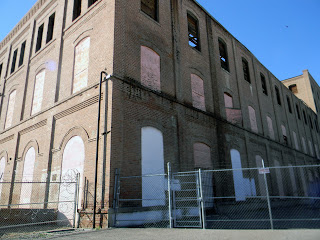 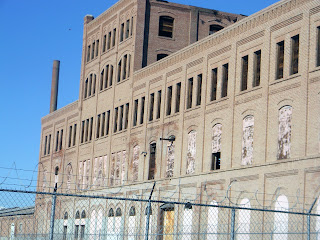 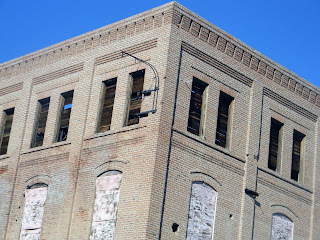 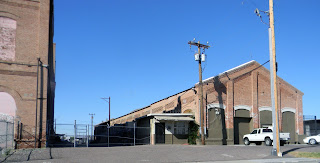